Keep on eye on these LCK superstars this offseason. 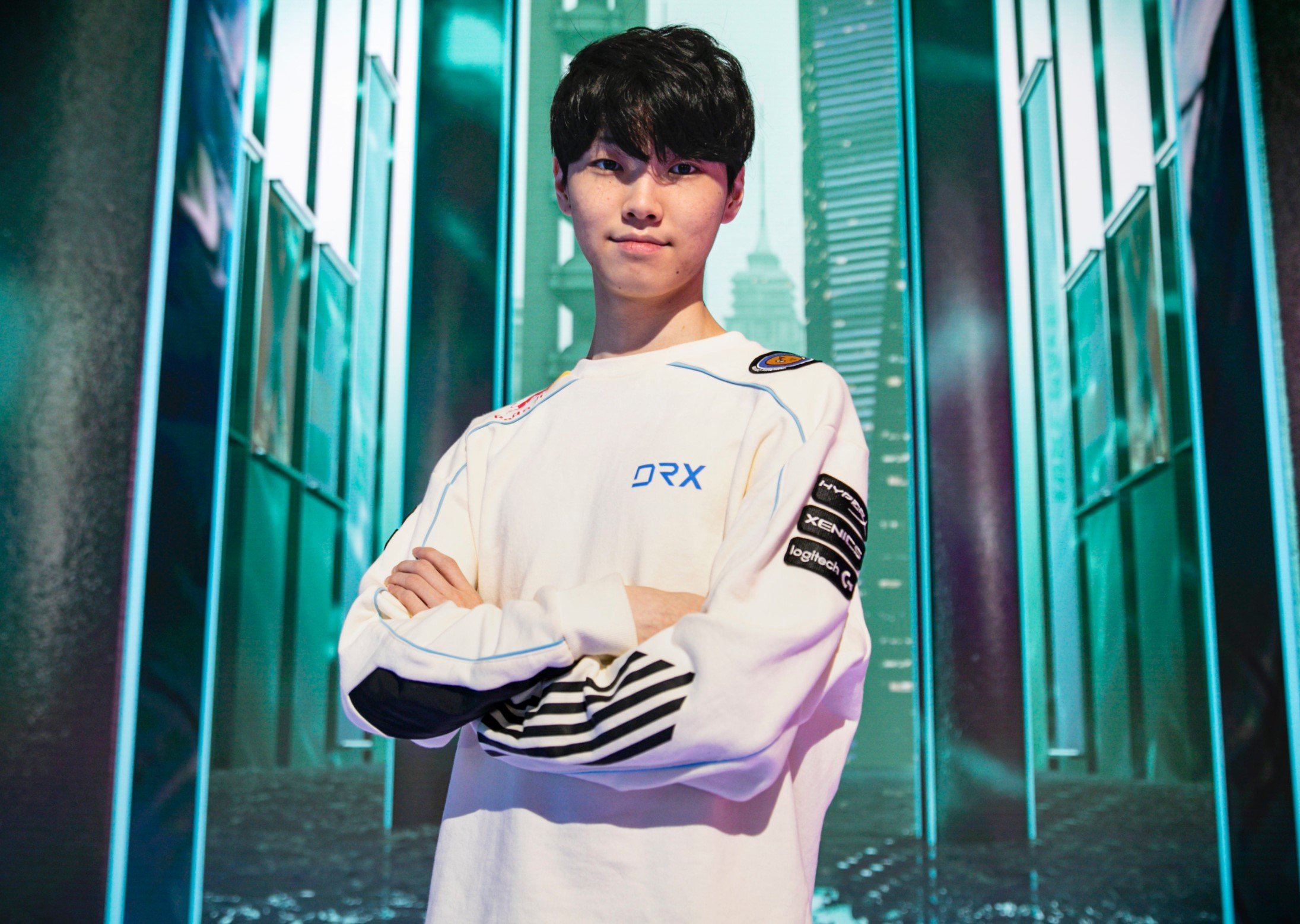 After winning its first World Championship in three years courtesy of DAMWON Gaming, the LCK is set to enter the 2021 League of Legends free agency period on top of the international scene.

Many of the league’s players have garnered attention across the globe. Organizations in Korea and beyond will be forced to make hefty decisions in just under two weeks when free agency breaks open on Nov. 16. Countless contracts across the league will expire, allowing free agents to sign deals with organizations in widespread numbers.

While certain players from the LCK will be looking to serve as the “final piece of the puzzle” for many of the teams around the league, and potentially the world, others will try to continue dominating the competitive scene to the fullest extent.

Here are the most prominent free agents to watch from the LCK this offseason. 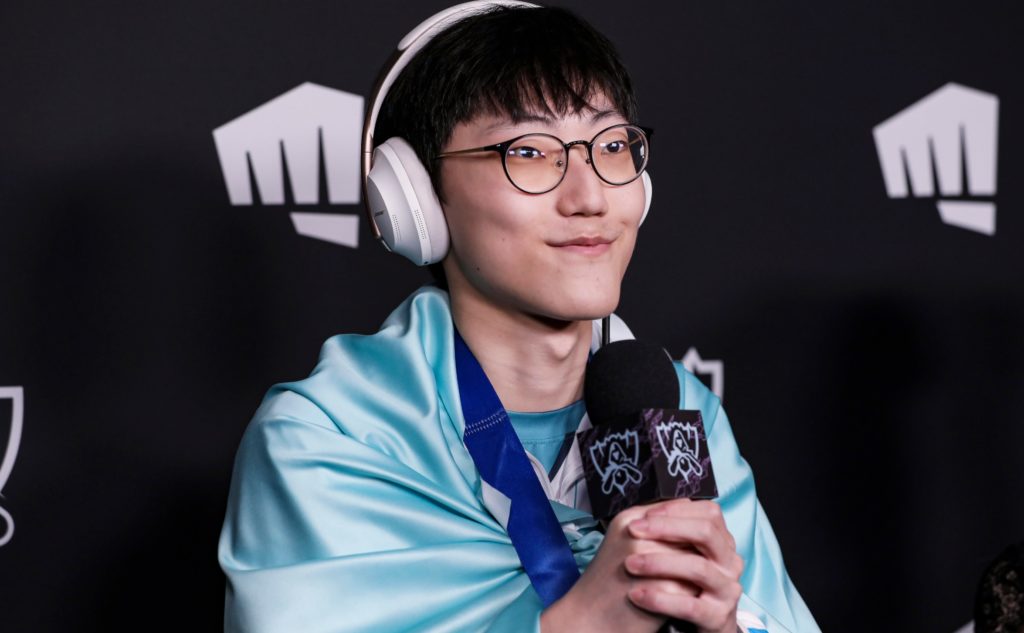 Just a few weeks after winning the World Championship with DWG, Nuguri will hit free agency in a market with a countless number of teams that will certainly be looking to scoop him up. The intrigue surrounding Nuguri extends far beyond the LCK, as well, since his impressively high mechanical value is something that’s going to be looked at and prioritized by organizations across the globe.

While DWG is expected to make an attempt to keep its championship-winning core together heading into 2021, there’s still a possibility that Nuguri holds off on signing an extension between now and Nov. 16 when free agency opens up completely. If the veteran top laner chooses to explore his options and secure a big payday from one of the suitors eager to get a hold of his talents, he could elect to play elsewhere in the LCK or even in a foreign league like the LPL or LCS. The latter of those potential landing spots is a longshot, though, since Nuguri’s best chance to win another World Championship still resides with DWG.

In the end, expect Nuguri to stick around with DWG for at least another year. If the superstar top laner re-signs with the team, DWG’s chances of repeating as world champions skyrocket. Still, don’t be shocked if he elects to see what’s out there waiting for him on the free agent market later this month. 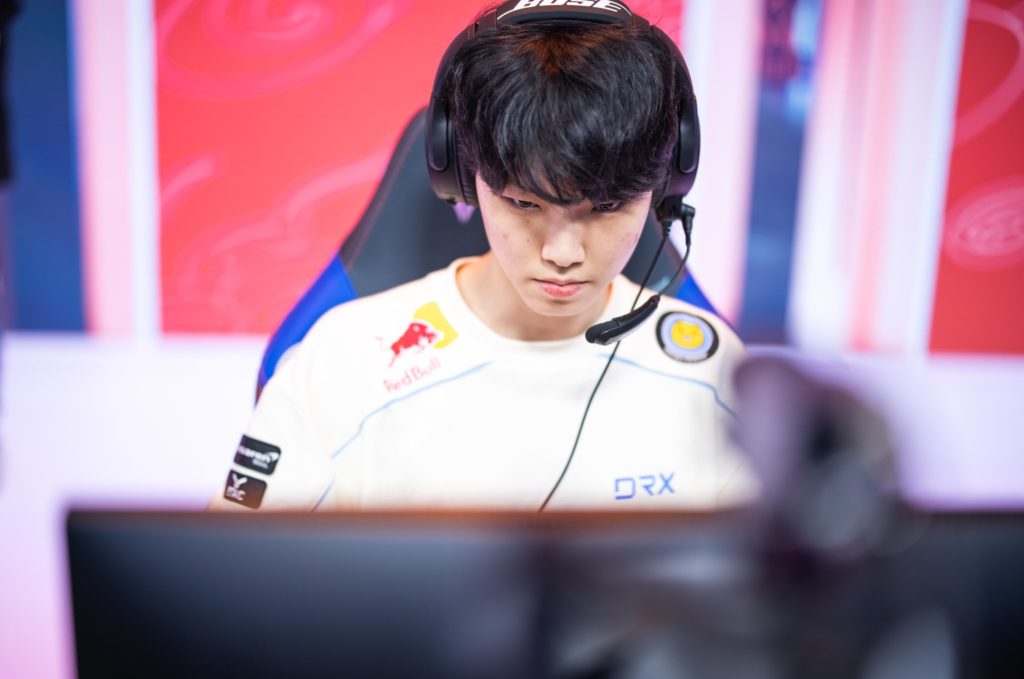 For the last two years, Chovy has been the king of one-year contracts. After playing his rookie season with Griffin, he spent his sophomore year with DRX. Now, he’s up for grabs again heading into 2021. It would behoove Chovy to seek a long-term deal somewhere in the LCK, which should prompt DRX to lock up its mid laner of the future. It would be sincerely bizarre to see the organization give up on a player that served as the centerpiece of the lineup throughout 2020.

With the team’s entire starting lineup outside of Pyosik set to hit free agency in less than two weeks, DRX will have a ton of players to make decisions about. But no decision will be more important (or more glaringly obvious) than the necessary re-signing of one of the best mid laners in not only Korea, but the entire world.

Should DRX drop the ball and allow Chovy to move on elsewhere, the 19-year-old prodigy would be hard-pressed to find as much success anywhere else. Many of the teams at the top of the LCK, such as DAMWON, T1, and Gen.G, already have stable mid laners in place. If Chovy is to land somewhere besides DRX, he’d be the focal point of a roster dedicated to building itself from the ground up—a far cry from the quarterfinals of the World Championship. 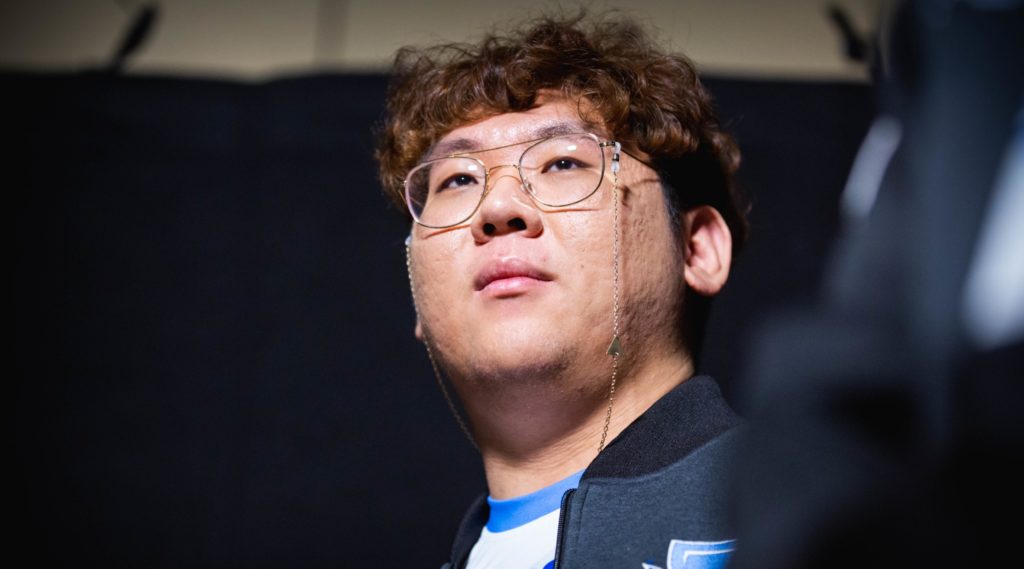 Heading into the 2020 season, TusiN signed a one-year contract with KT Rolster in hopes of giving the roster the dash of superstardom that it so desperately needed. But after a lackluster year in which KT Rolster hovered around the middle of the pack in the LCK, TusiN and the organization could mutually part ways once free agency opens in

Although there’s still room for experienced veterans like TusiN, the LCK as a whole is trending toward making young players the centerpiece of its franchises. Organizations like DRX, DWG, and many others are investing in young talent by building teams around players like Chovy, ShowMaker, Keria, and many others.

A new wave of big-name players is gaining traction across Korea, but that doesn’t necessarily mean that TusiN’s value as an experienced veteran has diminished. He’ll be 25 years old when the 2021 season kicks off, making him one of the oldest players in the LCK. But if TusiN can hone his skills as a leader and emphasize the idea that his value comes in the vein of veteran presence and vast experience, he may be able to land a roster spot on a team in need of an old-school leader, just like DRX did this year with Deft.

As for TusiN, he could end up on a team whose starting support is also on an expiring contract. While a contract renewal with KT could be in the cards, it wouldn’t be surprising to see TusiN end up on a team in need of further veteran presence, like Gen.G or Hanwha Life. 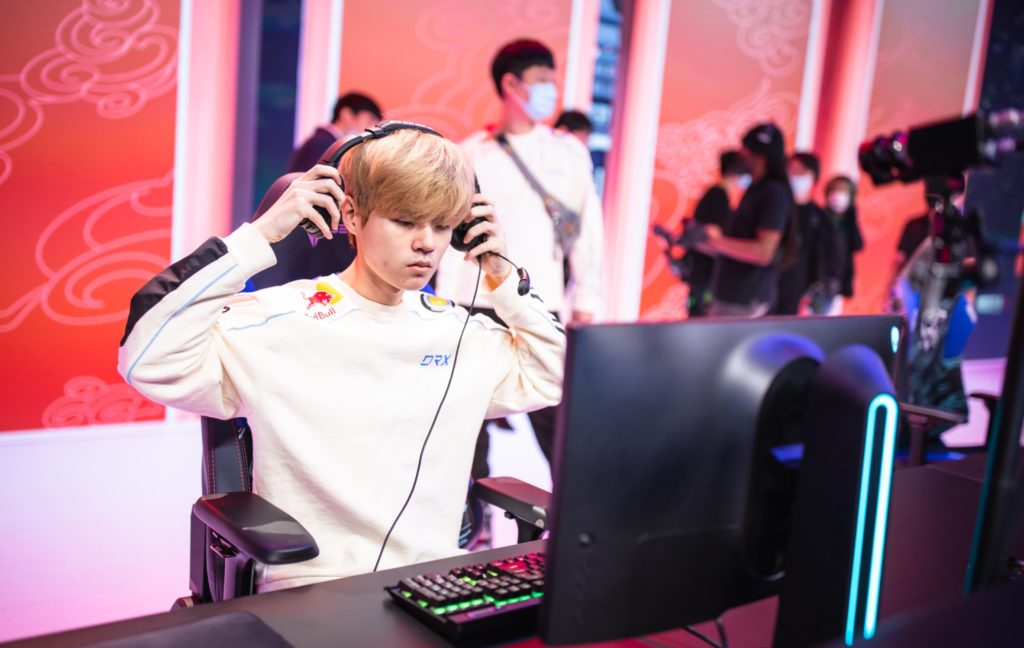 Deft just completed his eighth full season as a professional League player. The veteran ADC is no stranger to free agency since he’s bounced around between several teams in the LCK and even the LPL over the course of his career. But since 2018, he’s been under contract with DRX. Deft has spent three years with the organization as it’s changed and evolved over the course of many roster moves and several rebrands.

Now, after fostering a lineup mostly made up of rookies and young players, Deft would continue to be the oldest player on the DRX lineup if the team re-signs him for next season. Although he’s managed to nurture the talent and potential in players like Keria and Pyosik, serving as a surefire leader in all respects, DRX could choose to move on and invest in a young, upstart ADC with superstar potential—just as the team has done for every other position on the Rift.

If Deft doesn’t renew his deal with DRX and the team invests in a younger player, the veteran could easily land on another LCK roster with his impressive résumé. Look for organizations like Afreeca and KT Rolster to potentially pounce on Deft if he’s left behind. 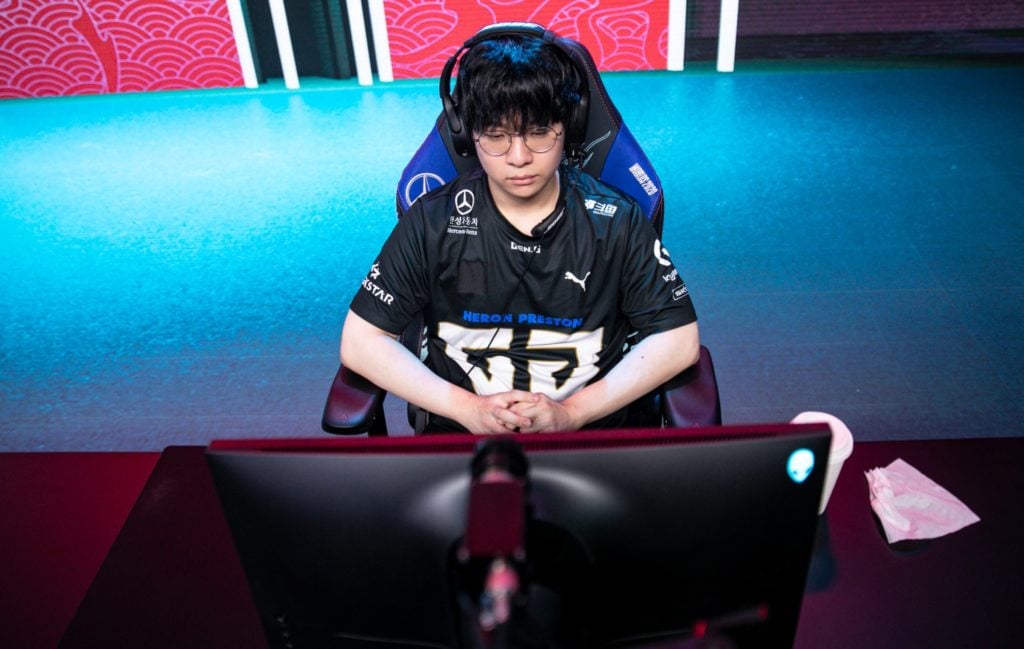 As the only member of the Gen.G starting lineup whose contract is set to expire at the end of 2020, Life finds himself in a precarious position. The organization, after reaching the World Championship quarterfinals last month, transitions into free agency with a hefty decision to make regarding the support position.

While Life would be a reasonable option for Gen.G, the thought of running it back in 2021 with the exact same roster and expecting better international results to come naturally doesn’t seem all too palatable—especially when teams like DWG and DRX are only getting stronger and more experienced moving forward.

If Life is to go anywhere else before the start of 2021, it’s most likely going to be on a roster that’s looking to rebuild or recharge and start with a decent piece in the support position. Teams like KT Rolster and Afreeca Freecs stand out as potential landing spots for Life if Gen.G elects to move on and break up a roster that found stellar regional success in 2020.

Source: Read Full Article
Related posts:
eSports
Smash Bros. modding community shaken as videos are removed
Hilarious clip shows SBMM in action in Black Ops Cold War
Elephant survive a grueling series to eliminate PSG.LGD from the China Dota2 Pro Cup
League of Legends: World Champions DAMWON Announce Khan Signing
Should you use the Hauer 77 or Gallo SA12 in Black Ops Cold War?
Recent Posts
This website uses cookies to improve your user experience and to provide you with advertisements that are relevant to your interests. By continuing to browse the site you are agreeing to our use of cookies.Ok