League of Legends champions Ahri and Udyr are on the list to receive visual effects updates for the upcoming 10.15 patch. In order to get these changes out, the Riot development team has asked for feedback on both PBE changes. These updates include everything from improving the look of Ahri’s base kit to fixing a well-known Udyr bug.

The last time Ahri received any kind of visual effect update came back in Patch 7.23. That patch, released in November 2017, fixed an Arcade Ahri’s Fox Fire VFX bug. Other than that, she’s only received nerfs and buffs. In this new update, Senior Visual Effects Artist Kevin ‘Riot Sirhaian’ Leroy aims to improve her gameplay VFX to today’s standards. The updates are listed below: 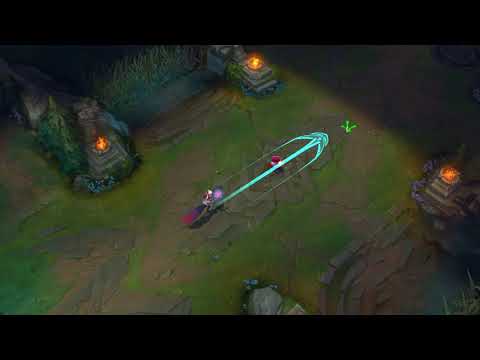 As stated by Riot Sirhaian, Udyr’s visual update is long overdue. Since his release in 2009, he’s only had a single VFX update back in patch 8.1. In this patch, the development team attempted to modernize his overall look while also improving gameplay readability. Some of his updates include:

We found the issue concerning base Udyr’s pelt not changing based on his current stance. This will be fixed in the next PBE patch! ???? pic.twitter.com/fB9TPcEQwj

What do you think of these changes? Don’t forget to log in to your PBE account to test them out! Stick with Daily Esports for more League of Legends updates.