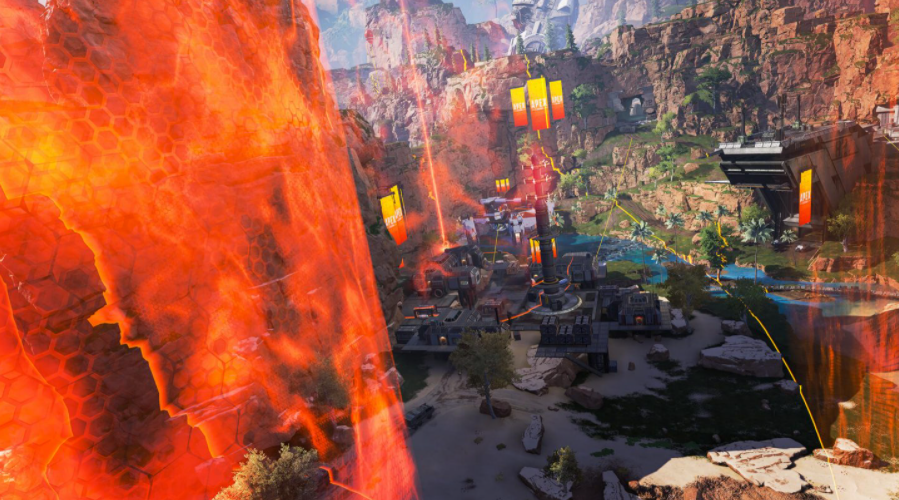 Respawn unveiled the Chaos Theory Collection Event today, which will include a slew of new Apex Legends content. Among the additions will be the Ring Fury mode and a Caustic Town Takeover that replaces Kings Canyon’s Water Treatment.

Apex‘s new limited-time mode introduces Ring Flares, which randomly appear on the map within the current ring. These flares slowly expand and deal ring damage to any ill-fated players who are caught in their path. And while simply avoiding them may be the safest option, players can also use a new item called Heat Shields.

All players will start with one Heat Shield in their inventory, allowing teams to avoid ring damage with a protective dome similar to Gibraltar’s Dome Shield. Healing items within the dome will be sped up by 50 percent, while revive speed will increase by 25 percent. But that bonus will only be offered when the Heat Shield is used within a flare or ring, not in a safe zone.

Ring Fury will replace regular Duos and Trios playlists for the two-week duration of the event. And when the Ring Fury mode is long gone, Heat Shields will remain in the general ground loot pool. As for Apex‘s mad scientist, Caustic gets his time to shine in a noxious Town Takeover.

“Where Water Treatment once stood, the new Caustic Treatment was constructed to prevent the Crash Site fuel spill from reaching the ocean,” the event blog post reads. “Or was it?”

Going into the toxic area is risky, but well worth it. Players can drain toxic liquid from the center of the facility, giving them temporary reprieve from the gas and access to four gold loot items locked in cages.

The Chaos Theory Collection Event kicks off on Tuesday, March 9, along with the launch of Apex on the Nintendo Switch.