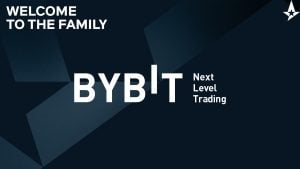 According to the release, Astralis players will be leading ‘troops’ that are competing in the competition. On August 24th, the organisation will reveal the captains of its WSOT 2021 troops on social media.

Ben Zhou, Co-founder and CEO, Bybit, commented: We are extremely proud of teaming up with an organization like Astralis, who for years have been a dominant factor in esports and who have significantly contributed to a more positive view of esports and gaming. Just like Astralis, Bybit is in it for the long run.

“I feel that WSOT 2021 is the perfect place in time to invite esports creators and fans to join the world of the future of finance. Attractive prize money and NFT prizes are up for grabs in WSOT 2021, but for each participant it’s about creating an experience on a level playing field.”

The agreement will also see Bybit’s logo feature on the front of Astralis’s Counter-Strike jerseys. Moreover, the two entities will collaborate on a range of initiatives and activities that touch on carbon neutrality and financial education.

On the same day of Bybit’s Astralis partnership, the cryptocurrency platform has announced a similar two-year deal with Swedish organisation Alliance.

Jakob Lund Kristensen, Co-founder and CRO, Astralis, stated: “We are truly excited about this partnership and working with Bybit. Both companies are pioneers in their field, striving to make a positive impact as organisations, as individuals and via the ongoing global digitalisation.

“This will be done through initiatives and campaigns centred around education and charitable work supporting and promoting a more sustainable agenda in the tech and gaming world.”

Esports Insider says: This looks to seemingly be a huge deal for both Astralis and Bybit. The cryptocurrency platform is evidently looking to target an esports audience and teaming up with a well-known organisation such as Astralis should provide the company with more brand reach. It’ll be interesting to see how Astralis competing in WSOT is received and whether this could lead to other organisations following suit in the future.