Bayes has raised $6 million to provide data on the esports industry. The money came from Pohlad Family investment group, Fertitta Capital, and the Sony Innovation Fund.

With companies like Bayes, esports has another way to generate both meaning from tournament data and a way to monetize that data through competitive passion, betting on matches, and fantasy esports.

The company will use the money to expand the data and content offering on its platform as well as the development of new platform features to the benefit of data owners and buyers. In 2019, Bayes cemented significant data partnerships, including deals with ESL and Riot Games (ELS is a major esports organization, and Riot’s League of Legends is one of the most important games in the market).

Jens Hilgers, the cofounder and managing director of Bayes, is also the head of Bitkraft Ventures, which recently raised $165 million to invest in game companies. But in an email to GamesBeat, Hilgers said he is careful to avoid conflicts of interest, so Bitkraft is not one of the investors in Bayes. 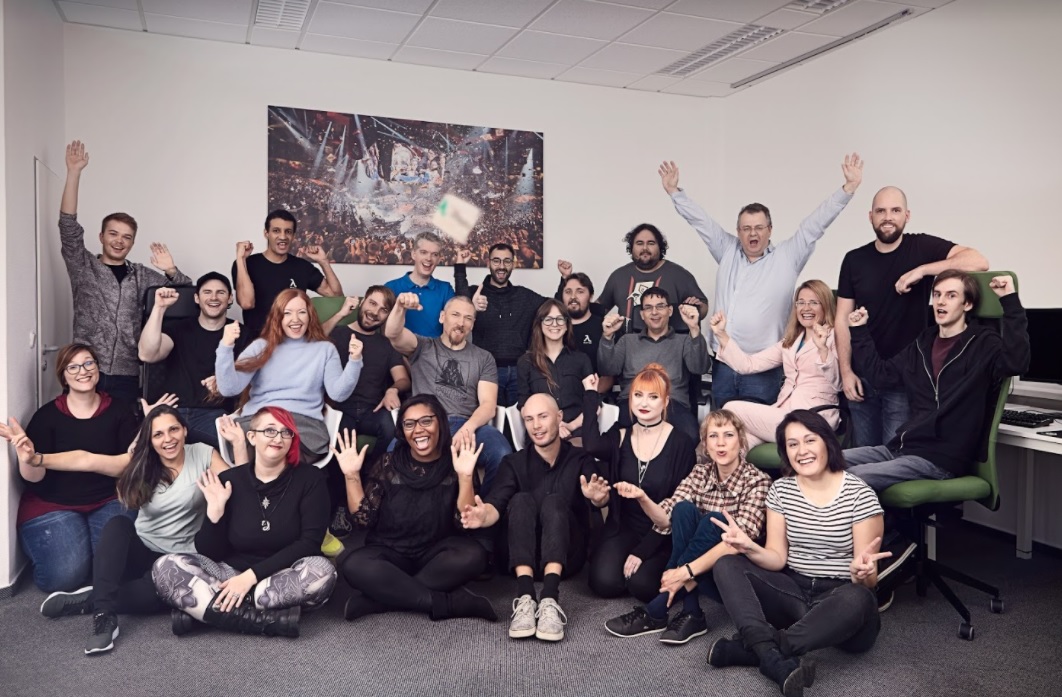 Above: The Bayes team in Berlin.

Asked what kind of data Bayes has access to, Hilgers said that probabilities on the outcome of a given esports match are among the most valuable data the company provides. But that’s a fraction of the real-time information available on the platform.

For example, the betting industry is mainly interested in real-time raw data of the top tournaments that they can access faster than a public broadcast and contain all events and information relevant to the outcome of the match. This data is augmented by Bayes by calculations and predictions.

When it comes to the media industry, Bayes focuses on data that can tell a story and visualize the gameplay. The data can be delayed to match public broadcasts, but positional data, used character abilities, comparisons, and statistics are needed to create products.

The analytics industry doesn’t need real-time data, but it does need access to the most granular dataset including movement of single bullets, ward positions, and economical information.

As to why it’s a good business, Hilgers said, “Many products and services in the esports world rely on comprehensive and reliable data from the professional leagues they sit on top of or cover. Prime examples are esports betting or fantasy products, as well as esports analytics tools or sophisticated data-driven media coverage. With a huge array of different esports games, game developers and publishers and esports leagues, Bayes plays an incredibly important role in enabling these products and services and foster innovation on those. Equally, it helps publishers and developers as well as league operators to nurture and promote their leagues as well as to open new revenue streams.”