Each Call of Duty League Team Pack includes 2 Operator skins (primary and alternative team uniforms), a weapon camo, watch, a sneaker-themed charm, sticker, calling card and emblem. The Operator uniforms can be equipped by selecting the CDL operator from the Operator menu.

An example of the Team Packs can be seen here with Dallas Empire’s. 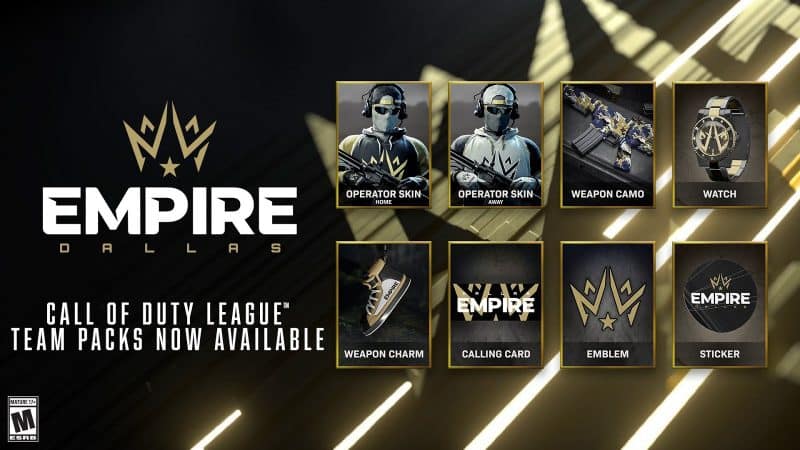 At $9.99, the Team Packs cost the same as last year’s and allow you to show players who your favorite team is. With League Play just around the corner, these Operator skins will be perfect to run with your teammates.