The Call of Duty: Black Ops Cold War meta is in a state of flux after the game’s most recent update. Treyarch decided to throw the nerf-hammer down on the MP5 submachine gun, which was the most powerful weapon in multiplayer. While it didn’t ruin the SMG, it certainly knocked it down a peg. For this reason, professional players decided to test out other SMGs to see if they could find a proper MP5 replacement. Well, pro player Dylan “Envoy” Hannon seems to have found that the AK-74u can replace the MP5. Furthermore, he provided his exact loadout that competes with any gun in the game.

The AK-74u was considered a second-tier weapon when Black Ops Cold War released two weeks ago. The MP5 was clearly the better option and some felt the 74u shot too slowly and didn’t hit hard enough to be truly effective. However, with the right attachments and some help from Envoy, the AK-74u can become a fantastic weapon. 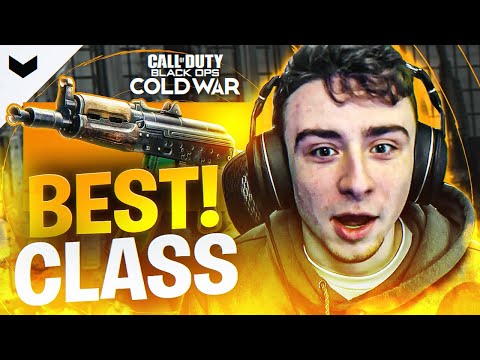 Envoy revealed his 74u loadout in a recent YouTube video. The video showcases two classes, one for the MP5 and the other for the AK-74u. Though, the focus is on the latter for this article. You can watch the OpTic player set-up the loadout starting at 4:15 of the video or look below.

The goal behind this particular loadout is to rush around the map and have as little recoil as possible. The Muzzle and Underbarrel accomplish the latter while the Stock and Handle take care of the former. Finally, Envoy recommends the VDV Reinforced barrel to add some extra damage range and bullet velocity, which the 74u desperately needs.

Will you try out this loadout as your MP5 replacement? Let us know, and stay tuned to Daily Esports for all Call of Duty news.