FaZe Clan announced earlier today that it will be officially joining competitive Valorant. It entered the scene by announcing Jason “jasonR” Ruchelski as the team captain. JasonR played professional CSGO from June of 2015 to early 2017 when he retired. FaZe Clan additionally announced retired Overwatch professional Corey “Corey“ Nigra as its second player. 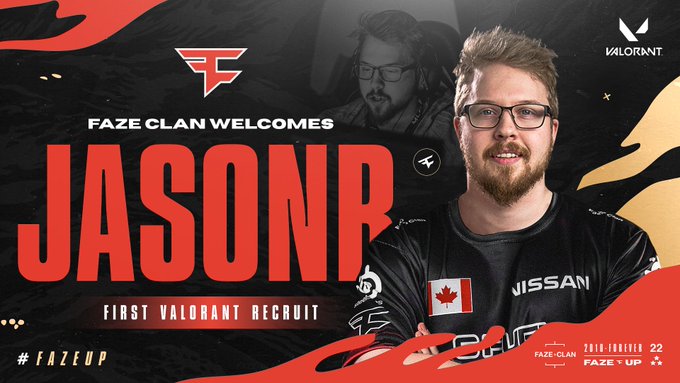 This use may include analytics, personalization, and ads.

JasonR previously played as the entry-fragger and in-game-leader for Splyce and Optic Gaming, which he retired from. Since his retirement from CSGO, he had become a streamer for a variety of different games before Valorant was released. After Valorant released, he primarily switched between it and CSGO.

Meanwhile, Corey retired from professional Overwatch at the end of 2019 after he helped Team USA win the Overwatch World Cup. He previously played competitively for the Los Angeles Gladiators academy roster Gladiators Legion as a damage-dealer. After leaving the Gladiators, Corey joined a minor league Overwatch team called Washington Justice. The Washington Justice released a statement on Twitter bidding farewell to Corey.

Corey played on Team Dizzy during Twitch Rivals where his team failed to move on from the group stage. Unlike Corey, jasonR has yet to compete in an official Valorant tournament and it is uncertain what role he will play in the team. FaZe Clan has yet to reveal its entire Valorant roster, but it will be competing in the T1 x NSG Showdown on June 26.

FaZe Clan’s invitation to the showdown is slightly confusing. In T1’s announcement, the team is revealed to be Corey along with other players from various games. It appears that jasonR, FaZe’s team captain, won’t be participating in the tournament. 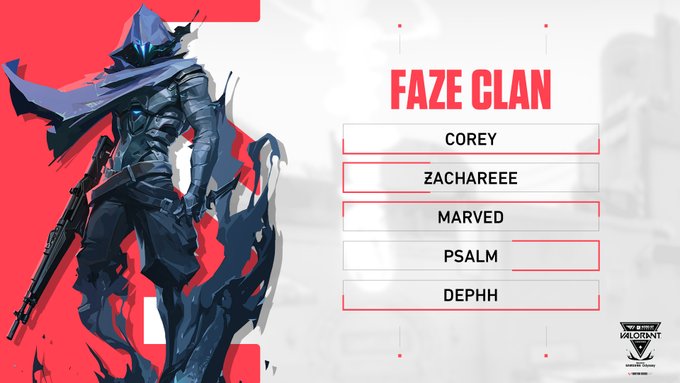 FaZe Clan is currently competing in nine different titles such as Call of Duty, CSGO, and Rainbow Six Siege. FaZe Clan’s professional Call of Duty team, Atlanta FaZe, is currently #1 in the league while FaZe’s CSGO team is currently third in the world. The team’s expansion to Valorant will undoubtedly be impressive considering the level of teams it currently fosters.