Fortnite Chapter 2 – Season 5 is nearing its end after nearly four full months of Zero Point escapades. The latest installment ushered out the Marvel crossover from Season 4 to make way for the game’s mascot John “Jonesy” Jones, who had to deal with the fallout after Galactus fell. Season 5 introduced sand tunneling, teleportation crystals, new weapons, items and locations. Additionally, Epic Games brought in outside characters like Terminator, Master Chief, Kratos, Ryu, Chun-Li, Ellen Ripley, Xenmoroph, Predator and a slew of others as ‘hunters,’ fitting into the season’s theme. Containing the Zero Point became the central storyline, and it seems that Epic has an “explosive conclusion” to introduce Chapter 2 – Season 6.

The latest patch of Season 5 made significant changes to the titular Zero Point. Players noticed a new pulsating feature which indicated that it is growing more unstable. With imminent disaster on the horizon, the developers have provided an idea of what players can expect when Chapter 2 – Season 6 debuts on March 16.

“Chapter 2 Season 6 launches on March 16 with the explosive conclusion of the events of Season 5. When you first launch into the new season, you’ll play through the conclusion of Agent Jones’ mission in the Zero Crisis Finale. The aftermath of this event is sure to shape Reality as we know it,” wrote Epic in a blog post regarding the new season. “Don’t worry, the Zero Crisis Finale is a solo experience and you can play through it whenever you first login during the Season. Want to watch it online first? We’ll share details soon on how you can watch the global premiere with everyone, beginning with our most ambitious story cinematic yet!”

Epic’s statement is confusing, but it certainly appears that there won’t be a global season-ending event like last season. Instead, each player will experience the ending to Season 5 and the beginning of Season 6 separately. Leakers typically withhold information ahead of new season launches, so we may not receive much information before the lead-in.

Takeaways from the Announcement

Unfortunately, Epic has not prepared a real season-ending event for Fortnite Chapter 2 – Season 5, but this is still exciting. There’s no better time than the build-up to a new season and the theories involved. We’ll be sure to keep you posted with any other details ahead of March 16.

The release of patch 9.0.5 sees the return of the Valor Points system to World

Twitch updated its API to now include a Brand Safety Score. The popular American video

Here are our updated Power Rankings following the first Major of the season 12. London 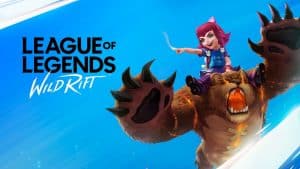 After players around the globe have been testing the mobile version of League of Legends, 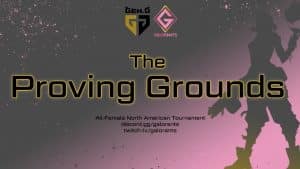 Forging A Bright Future For Females In VALORANT

The world of esports is growing exponentially and with that growth, the competitive industry is 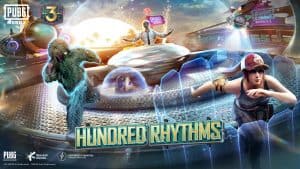 Fortnite: How To Get The Trinity Trooper Outfit For Free