What lies ahead for Fortnite after numerous groundbreaking collaborations?

Fortnite Chapter 2 – Season 5 has been quite a journey thus far after its debut back in early-December of last year. Epic Games gave the game’s mascot – Jonesy – keys to the car in the latest season, which significantly focused on the Zero Point. For those who aren’t aware, the Zero Point is a giant portal floating over the middle of Fortnite’s map. Jonesy is actively using this intimidating portal to pull ‘hunters’ from different dimensions. This storyline in Season 5 has allowed Epic the chance to collaborate with some unexpected movies, video games and more.

Some of those guest characters include Master Chief, Kratos, Snake Eyes, Terminator, Predator, Sarah Connor, Ryu and Chun-Li. More recently, Epic roped the Xenomorph and Ellen Ripley from the Alien film universe. It’s an unprecedented feat that no other video game in history can match. On Jonsey’s journeys, he has been collecting artifacts from all of these Fortnite crossovers, which makes us wonder what Epic might have in store.

A Collection of Artifacts

Twitter user GaryTheCreator noted Jonesy’s appearance in the Alien collaboration, which depicted Fortnite’s most recognizable character sporting some relics from his Zero Point adventures. He’s wearing Ryu’s headband, a Mandolorian insignia, Daryl Dixon’s arrows, Predator’s gauntlet and Kratos’ belt buckle. The image in Fortnite’s latest crossover reveal could be a simple homage to the craziness that ensued in Season 5. However, there might be something else in play that Epic is keeping under wraps.

What Do Jonesy’s Travels and the Zero Point Mean?

It’s not clear at this point whether there’s a bigger picture that Fortnite fans aren’t seeing. This season’s entire plot has Jonesy pulling recognizable hunters from these different worlds to contain the Zero Point and ensure nothing comes through that isn’t welcome. We already know which characters have come through, and Jonesy is collecting some keepsakes. With Season 5 almost over, there has to be something massive on the horizon. Could we see some of the characters become guests in the next season? Will Jonesy send them all back once he contains the Zero Point?

These are the questions we are looking to answer before Chapter 2 – Season 6. Until then, we can only speculate whether Jonesy is planning a massive collaboration between all of these characters or if it’s momentary.

Stay tuned to ESTNN for more Fortnite news and updates! 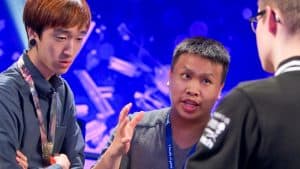 Riot Games has announced the newest addition to Valorant, a controller agent from Ghana. The After several weeks of intense action, we finally know the names of the teams that CS:GO: Is It Time For Natus Vincere To Make Changes?

Not the best performance in Katowice. This might become a catalyst for Natus Vincere; the

Fortnite: Where To Find All Exotic Weapons & Items In Season 5

Fortnite: The Alien Xenomorph Is The Next Hunter In Season 5