Epic Games and Marvel Comics have partnered up once again to bring superheroes to Fortnite, this time with the First Avenger, Captain America. Equipped with his trusty shield and iconic red, white, and blue costume, Captain America arrives shortly before the Fourth of July celebrations.

The announcement video doesn’t show a ton of in-game content itself. Captain America teleports to the island, looks over the battlefield, and then leaps off a cliff. He probably does a superhero landing at the bottom, too. 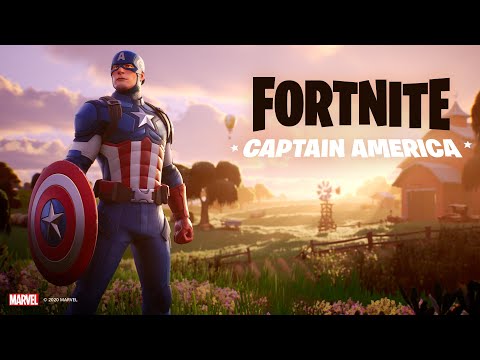 Called Cap’s Outfit, the new cosmetic can be found in the in-game store for 2,000 V-Bucks, or about $20. Players who purchase the outfit also receive some unique gear to wear. You can wear Captain America’s vibranium and adamantium shield on the character’s back, or use them as a pickaxe in-game. Sadly, you cannot use the shield as an actual shield. No fancy shield ricochets or bullet-deflecting abilities for players.

This is the second time Cap’s shield has made it into Fortnite. An Avengers-based Limited Time Mode called the Infinity Gauntlet showed Brite Bomber wielding Captain America’s shield. These modes came as part of a special promotion with Marvel Studios on the release of Avengers: Infinity War and Avengers: Endgame. The mode allowed players to find the Infinity Gauntlet and use its power to become Thanos, the Mad Titan.

Also coming to Fortnite is a new emote called the Grand Salute. This emote allows the character to take a tall, heroic pose with fireworks exploding behind them. It costs 300 V-Bucks and looks pretty snappy when used with Cap’s Outfit.

Captain America may be the First Avenger, but he isn’t the first comic book character to join Fortnite. Earlier this year, Deadpool joined the game with new challenges and game modes. More recently, the DC superhero Aquaman was featured in the game as part of the Season 3 Battle Pass. Make sure to follow Daily Esports for all your Fortnite news, events, and more.