The Infernal universe currently hosts over 15 League of Legends champions, including Ashen Lord Aurelion Sol, Firefang Warwick, and more. Even though this is the oldest skin line dating back to 2010, Riot continues to update champions with its fiery designs. The last update for this line was almost a year ago, with the addition of Infernal Varus, Galio, and Shen.

The orange textures and effects add to the overall sleek design these skins have to offer. With new backing animations and blazing abilities, Vel’Koz, Karthus, and Kennen are definitely in for a treat.

Vel’Koz is trying to keep up with cosmetics, with Definitely Not Vel’Koz released four years ago. Players have been waiting patiently for his fifth skin to come out, ever since Riot’s skins update last month. This new Infernal theme has Vel’Koz mains confused about whether they’re satisfied with the design or just glad he has something new. Some Reddit users complained the Infernal skin is similar to Battlecast, while others hoped for a Deep Sea Vel’Koz (tentacles, anyone?).

Regardless, this design offers a new intense look, opposite of his Arclight skin. He’s seen shooting out fireballs as his Q, along with an intense beam for his ultimate. As he dies, he turns into dust and ashes while his eye pops out of his body and disappears.

Kennen so far has five skins, not including two legacy skins. His last released cosmetic was in 2017 with Super Kennen, so it’s no doubt his mains have been waiting for a new skin. Just like with Vel’Koz, his abilities are designed with fire in mind, creating circles of flames and blazing effects on his enemies. He also comes with plenty of new chromas, adding a pop of bright colors to his theme.

Karthus seems like everyone’s worst nightmare as an Infernal, as The Deathsinger’s staff wields a bright, ongoing flame. Additionally, he has fire coming out of his shoulders and can summon a wall of flame against his enemies. His ultimate pulls down beams of red and orange, in a way similar to that of his regular skin. Although these new effects are nothing too exciting, his last skin was also four years ago — so an update was long overdue.

Along with the Infernal skins, Conqueror Nautilus was also teased to go live in patch 10.14. Riot is releasing this skin in celebration of the 2020 Spring Split. Additionally, 25% of the skins proceeds will go to the Spring Split winners, such as All Knights, Cloud9, T1, and more. This skin will be available for 975 RP or 2,340 RP if players choose to buy the bundle, which includes the champion, skin, icon, and border. All Infernal skins are priced at 1350 RP. 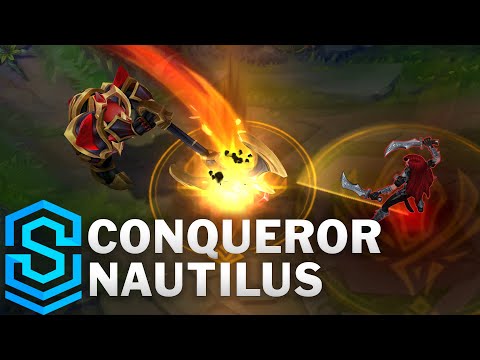 Stick with Daily Esports for more League of Legends news.