Suning and Machi challenged each other in a battle for second place in Group A. 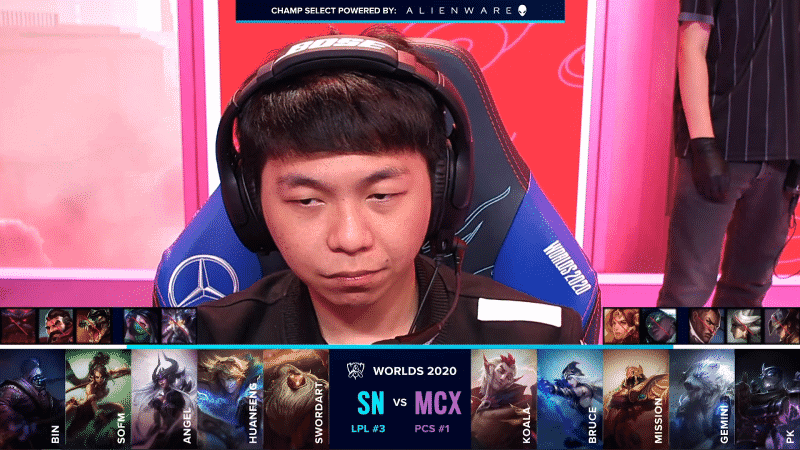 After an upset loss by G2 to TL, Group A became just a little more open. With Suning (“SN”) and Machi (“MCX”) both on 1-1 records having beaten TL thus far, their head-to-head series would see them break away from the pack. Suning will be looking to maintain momentum from their victory against TL. Meanwhile, MCX wanted to cause yet another upset as they look to make a surprise appearance at the Knockout stage. MCX got off to the dream start as they made a play top side and picked up an important kill onto Gemini. While MCX took a strong early lead, SN came back fighting and by the 10th minute had brought the gold lead back to evens.

Suning rise to the top of Group A

While MCX took their second drake and moved closer to the soul point, SN continued to apply the squeeze as they moved to a 3k lead as they dropped the Rift Herald into the mid lane. MCX does grab yet another pick kill, as they try to stay alive in the series. MCX posture around the Baron buff as they tried to make a game-winning play. SN is there to stop it as they kill off three members of MCX for one in return. MCX moved to try and stop the Baron but they pull out as SN claimed a 24 minute Baron and find a win condition. MCX continued to hold off the SN advances after they failed to make a game-winning play with the Baron.

With Baron number two spawning on the map, they tried again. MCX made a pick onto Bin, who found himself exposed in the bot lane as SN pulled away from Baron. MCX picked up the soul point drake with SN claiming the Baron. With MCX trying to win the game off the back of the Baron claim SN is able to ace them outside the pit as SN goes 2-1 and joins G2 at the top of the group.