After a weekend off, the Overwatch League (OWL) returned for Week 24 this weekend with 12 exciting matches. Here are some key takeaways from Week 24’s matchups.

Is Paris the best team?

After winning the Summer Showdown with a series of shocking upsets, the Paris Eternal continued their hot streak with two more dominant wins in Week 24. They beat the Vancouver Titans 3-0 and the Toronto Defiant 3-0.

While both Vancouver and Toronto are at the bottom of the OWL standings, these are matches that Paris needs to win if they hope to rise to the top. They are currently fifth place in the standings, but there is still time between now and September to move up if they continue playing well.

Seoul, London, and New York continue to slide in Asia

There was a lot of hype early in the season about the Seoul Dynasty and the New York Excelsior. After the OWL moved to an online format due to COVID-19, these teams were both moved to Asia. Neither of them, however, have been able to keep up with the Shanghai Dragons. Both teams, along with the London Spitfire, lost in Asia this weekend.

Shanghai and the Guangzhou Charge look like clear favorites in the Asia region so far. New York seems to have some chemistry problems they still have to work out, and Seoul looks wildly inconsistent. Unless something changes, expect to see Shanghai and Guangzhou moving on from Asia.

Boston and Vancouver remain at the bottom

The Boston Uprising hasn’t had any success this year, and continue to look worse with each week. They suffered an embarrassing 3-0 defeat to the San Francisco Shock where the Shock played their main tank, Matthew “super” DeLisi, on Genji.

The Vancouver Titans haven’t looked much better this year, despite a few surprising wins. After losing their roster due to internal issues, the second-place team in 2019 finds themselves 18th place in the 2020 OWL standings, ahead of only Boston and the Washington Justice. 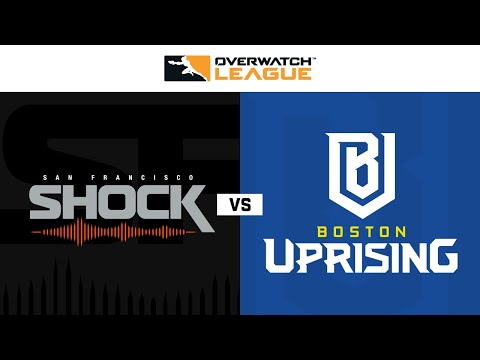 The OWL continues next weekend. Be sure to stay tuned for more Overwatch news, stories, and takeaways.