Another Week of the Overwatch League (OWL) is in the books, and we’re a week closer to the playoffs. OWL Week 26 didn’t bring many surprises, but that doesn’t mean we didn’t learn anything. Here’s what happened and what we can take away from this weekend’s games.

The Shanghai Dragons, the Philadelphia Fusion, the San Francisco Shock, the Guangzhou Charge, and the Paris Eternal are the top five teams in the OWL standings, respectively. All of these teams played and won this weekend. Philly beat both the Dallas Fuel and the Los Angeles Valiant 3-0, Shanghai beat the New York Excelsior, Guangzhou beat the Seoul Dynasty, Paris beat the Washington Justice, and San Francisco beat the Houston Outlaws.

At this point in the season, it seems like any of these five teams could go on to win the 2020 OWL Championship. Paris and Guangzhou both showed they could win in the Summer Showdown, while Philly, San Francisco, and Shanghai have been dominant in the regular season. The next few weeks will be crucial for these teams as they will decide which teams get top seeds.

Can any other team compete?

Currently, the top five teams in the OWL standings seem pretty far ahead of the rest. The three teams that seem the most capable of pulling off an upset are the Florida Mayhem, the New York Excelsior, and the Seoul Dynasty. Each of these teams has shown flashes of brilliance throughout the season, despite not being overly dominant.

Florida has been pretty consistent this year, and the team sits in sixth place. They made it to the finals in the May Melee and definitely have the potential to knock off a top seed if they are on their game. New York started the season off hot, but have fallen down in the standings over the last few weeks. Don’t sleep on them, however, as they have a strong lineup and have shown they can compete with the top teams in Asia. Lastly, we have Seoul, who started the season strong, but has looked awful lately. Nevertheless, they field a roster that can win when they are on point. If they get things together, they could find themselves in the finals. 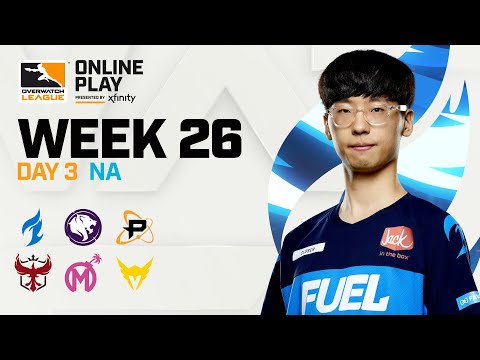 Be sure to catch the last few weeks of the season. They are bound to be exciting as teams fight for a spot in the playoffs.