The new items will be hitting the servers in the 2021 preseason.

Riot Games unveiled its framework for balancing the newest items heading to League of Legends for the 2021 preseason in its most recent developer blog.

Last week, Riot introduced League players to Mythic items, which will be the cornerstone of the game’s item system overhaul for next season. These special items will have the unique ability to add bonus statistics to other key items in your build.

There are three criteria that Riot will be looking at while balancing League‘s items: popularity, power, and poaching. Popularity pertains to whether the items are purchased too consistently across its class. Most mage champions, for example, are forced to buy items like Luden’s Echo since it’s become a necessary piece to their power.

Riot will be looking at how often an item is purchased while also having a noticeably higher win rate than other items. Since the developers want to encourage more diversity with builds, this criteria is important since it can influence players to continuously build the item due to its power. 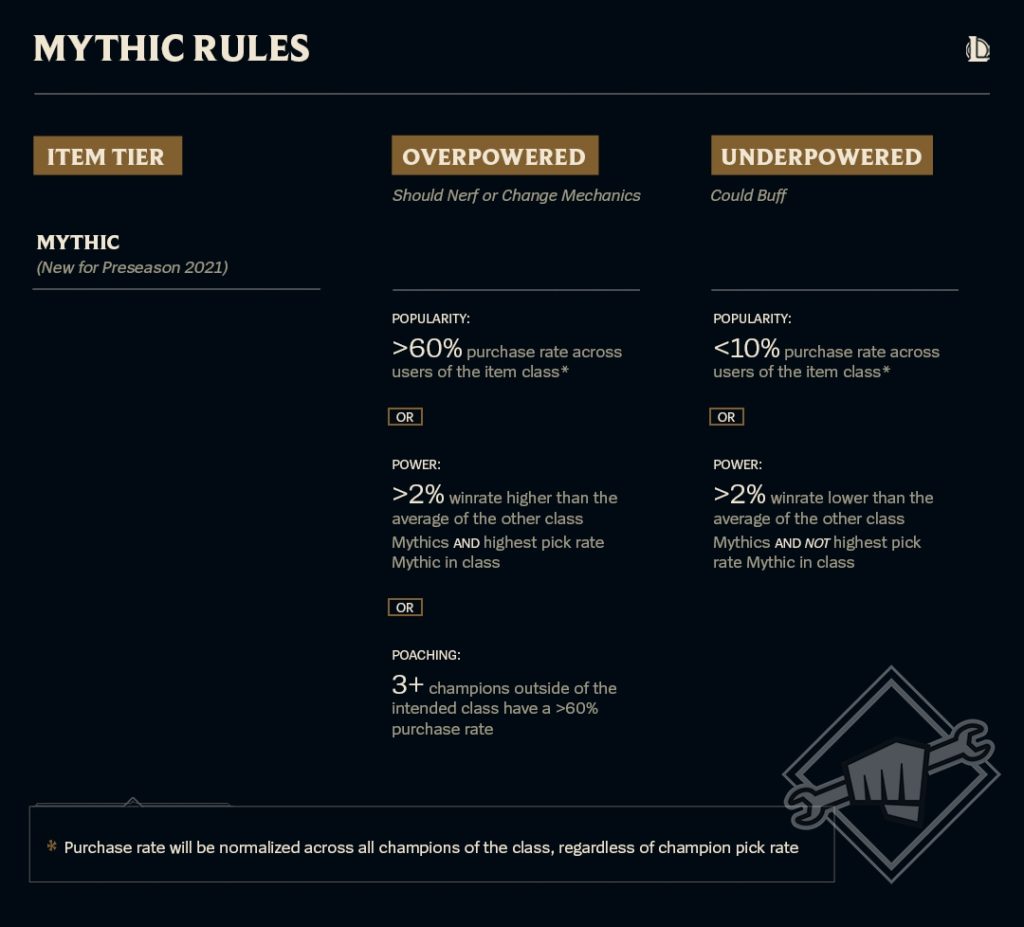 Lastly, poaching has to do with champions often buying an item that isn’t really meant for their class. If an item is being used by multiple different classes, no matter what role, then it might be too strong and need to be tweaked.

Mythic items, on the other hand, will be considered for buffs if they aren’t bought enough compared to their competitors—or if they have a noticeable difference in win rate compared to other items.