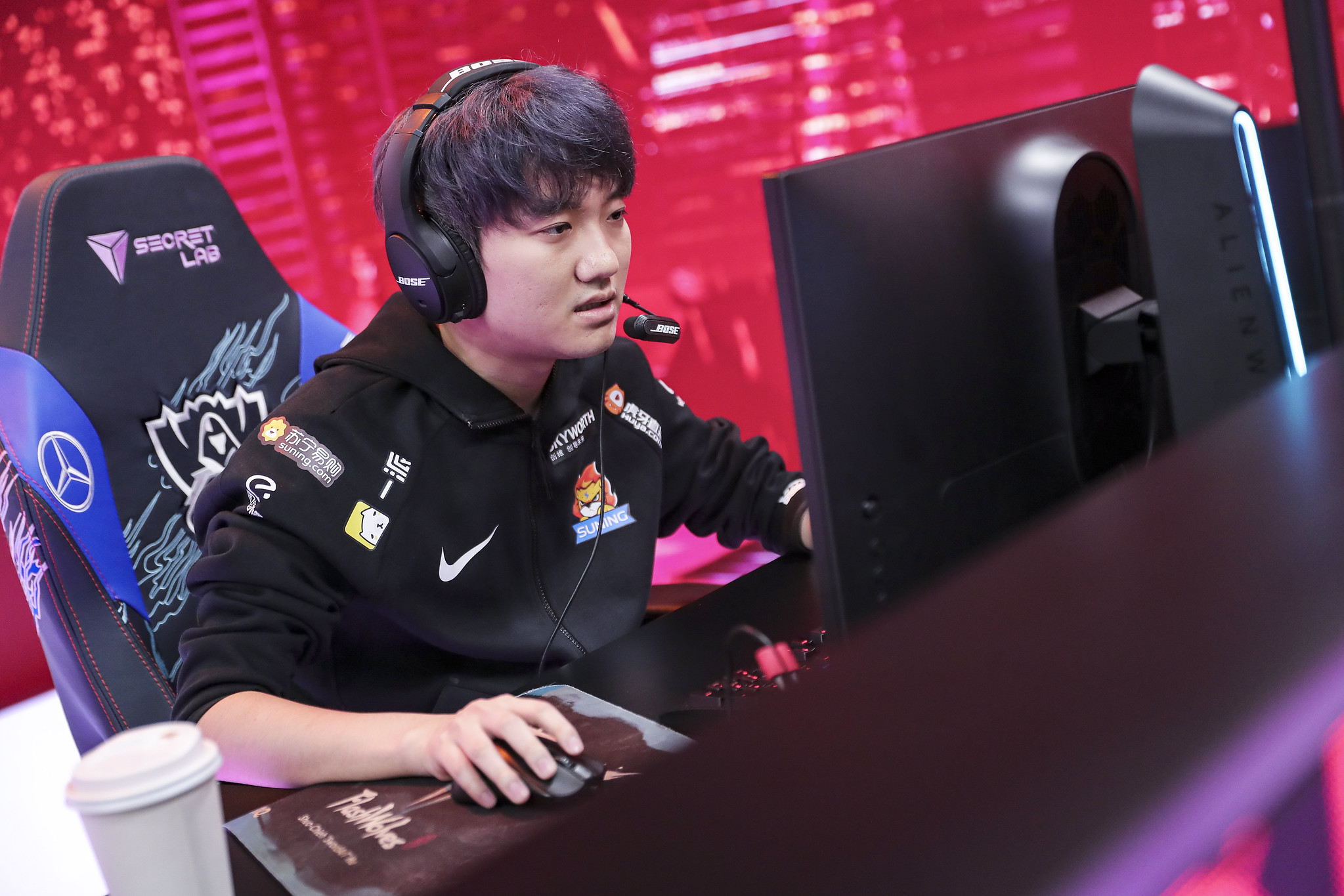 It wasn’t always pretty, but TSM deservedly moved on in the losers bracket as the definitively better League of Legends team over a spunky Evil Geniuses squad in the LCS Mid-Season Showdown today.

TSM were better when it counted against upset-minded EG, and “better” meant taking weighted risks in draft, playing to those drafts’ win conditions, and above all, continuing to look like a team. This performance came largely on the back of veteran import support SwordArt’s precise and decisive shot-calling, which TSM repeatedly made good on with their now-trademark teamfighting prowess.

Fans of EG are likely feeling similar frustrations of “almost but not quite” they’ve felt all split. The ceiling on this team is high—top-three high—but the five individually talented fingers have not yet proven they can punch as a fist over the course of five games.

The series winners are far from out of the woods, however, as they face a bit of an identity crisis heading into much tougher opposition in the coming weeks. TSM’s teamfighting is still one of the best in the league, and while it was good encouraging in a vacuum to see variation in draft from first-year coach Bjergsen’s squad, Huni’s role in the top lane still has yet to be defined.

TSM found consistent success when Huni was on weak-side duty during the team’s mid-split winning streak. That’s not to say it’s the only thing he can play, and he proved that at times in this series on Nocturne and Camille. But for more predictable outcomes against higher-variance opponents like Team Liquid and Cloud9, this reversion might be the way to go.

Huni played well on these new picks, but on the margins, his worst moments will likely prove too costly for TSM to recover from going forward.

Continuing a worldwide trend, Rell is still the premier support pick in 2021, with Alistar joining her in that echelon given his status as, among other things, her most versatile counter. With dive compositions still as potent as ever, Rell can frontline those engages but has also joined the ranks of Orianna and Lulu as one of the prime facilitators and power-up-ers for the Nocturnes, Hecarims, and Aatroxes of the Rift. And that’s thanks to the Iron Maiden’s Attract and Repel, an AoE stun that can be attached to a diver and activated whenever she sees fit.

Games one and two were comprehensive victories for TSM and EG, respectively. Lost put up a 10/1/4 scoreline on Xayah against a high-priority Tristana pick piloted by Deftly, who then went 7/0/10 on the champion in the second sub-30-minute game of the series.

Game two also saw PowerOfEvil debut Twisted Fate for the first time since the Lock In tournament. PoE has been notorious this split for having a small pool of thematically-similar champions: late-game hyperscalers. But, like every mid laner worth their weight in salt, the journeyman does have a lot of Syndra and Orianna games under his belt, on top of, now, the card-chucking, global playmaker.

EG were in the driver’s seat for most of game three before a back-breaking counter-punch by TSM after Deftly got picked off by a pinpoint hook by SwordArt’s Nautilus. It swung the game, and potentially the series, as it destroyed the momentum EG had been carrying through the previous game and a half.

Game four started with a pause but progressed and ended with anything but that. It was a final game worthy of this back-and-forth series that, at least for the last two games, was won on the margins.

EG controversially gave up Tristana after Deftly was caught out on it in game three, and drafted fully into counter-engage. Jiizuke’s Neeko, a pick that hadn’t seen much play at all in the rest of the world, proved key in punishing the (more-than) occasional overstep from Huni on Camille.

But it wouldn’t be a TSM series without Spica stealing neutral objectives. One of those in game four was enough to whittle down EG as they were simply out-teamfought by the boys in black.

EG are going home, but for TSM, they’ve been in this position before, as recently as last split—and we all remember how that turned out. The road does seem rougher for the reigning champions this time around; they will have to beat the winner of 100 Thieves-Dignitas next Sunday before even thinking about potentially taking on the loser of that weekend’s Cloud9-Liquid match in a semifinal.