Stage 2 of the Call of Duty League rolled through this past weekend and the intensity of the matches only grew. Roster changes played a huge role during week two and have potentially shifted the entire scope of the league.

If one thing was proven over the weekend, it’s that the CDL has never been more competitive. Teams that weren’t performing well early in the season have completely turned things around and now pose a threat to the top of the standings.

The top story from the weekend was the Minnesota ROKKR dominating with rookie Eli “Standy” Bentz in the lineup. Standy replaced Mike “MajorManiak” Szymaniak and it seemingly  changed the landscape of Minnesota’s season.

ROKKR went up against OpTic Chicago and Dallas Empire in a week two, possibly the hardest two-game schedule a team can have. While most wrote the squad off despite the addition of Standy, the team swept through both matches. Standy was clearly the difference, using his speed and sheer talent to elevate the ROKKR’s performance to new heights.

Minnesota looks like a strong contender in the CDL and they should only improve as Standy gets additional practice time.

In a complete 180 from the ROKKR’s weekend, the L.A. Thieves went 0-2 despite debuting rookie Carlos “Venom” Hernandez. The Thieves clearly hoped to turn their season around in replacing Donny “Temp” Laroda with Venom but it seems the rookie isn’t the only piece of help the team needs.

L.A. faced off against the London Royal Ravens and Atlanta FaZe in week two and were thoroughly outclassed in both matches. As two examples, FaZe ended one round of Control with a 16-0 live-count advantage and London held the Thieves to a combined 19 kills in three rounds of Control.

While the organization might have hoped Venom could solve the roster’s previous woes, the rookie doesn’t seem to be the whole answer. Perhaps an additional roster change will come down if L.A. continues to struggle in Stage 2.

3. OpTic Chicago could be in trouble

Aside from the magical debut of Standy, the main headline from week two Stage 2 is OpTic Chicago not winning a single map. The team ran into the brick wall that was the Minnesota ROKKR first and then were completely shocked by the Florida Mutineers.

There isn’t a true rhyme or reason behind OpTic’s recent struggles. The roster isn’t necessarily underperforming but also isn’t putting up huge numbers. Against Florida, the team had a combined .96 K/D, which isn’t terrible by any stretch. Also, most of the maps they lost were extremely close and came down to small mistakes. 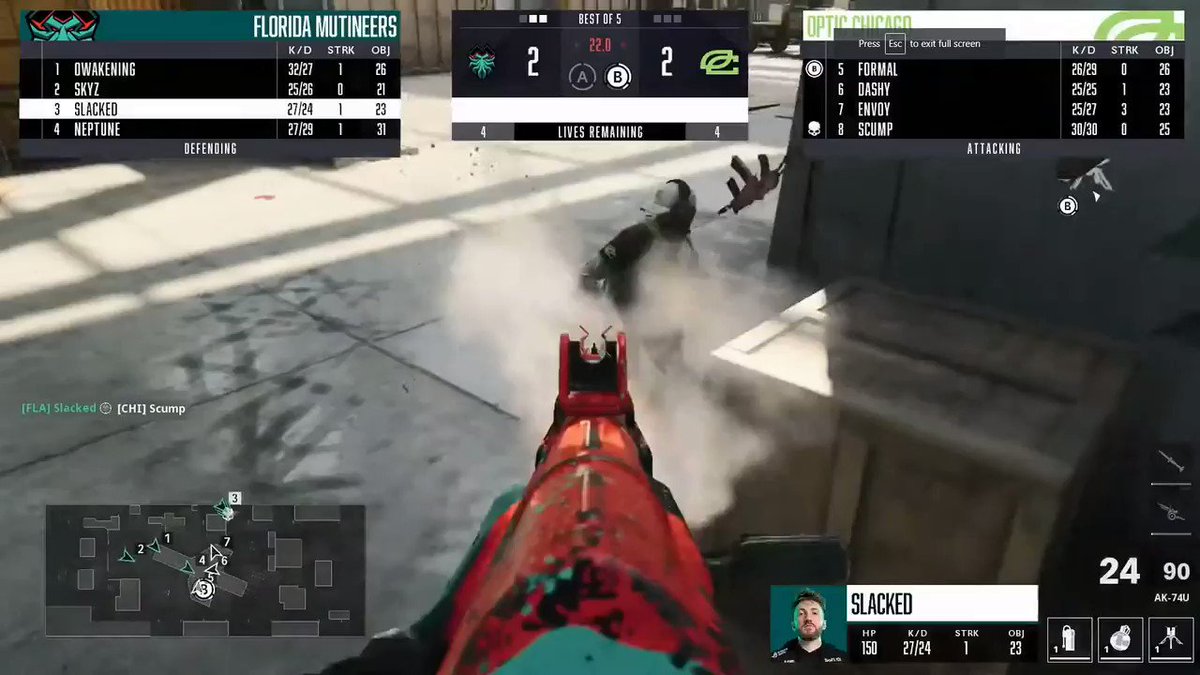 However, as this is OpTic, there’s a certain expectation that the team needs to meet. While a roster change certainly doesn’t seem imminent, a sour performance at the Stage 2 Major could force the organization’s hand.