God of War Ragnarok does not change the fundamental gameplay established in the 2018 God of War, nor would we have wanted it to. It does, fortunately, add a ton of new tools for Kratos to use while battling his way through the nine realms on his quest to stop Odin, set his son Atreus on the right path, and deal with the guilt of his past.

There are so many available that it can often be too much to handle. If you feel overwhelmed by the wealth of abilities at your disposal, just stick to the ones below, and we guarantee you will be able to best every bout God of War Ragnarok throws your way. 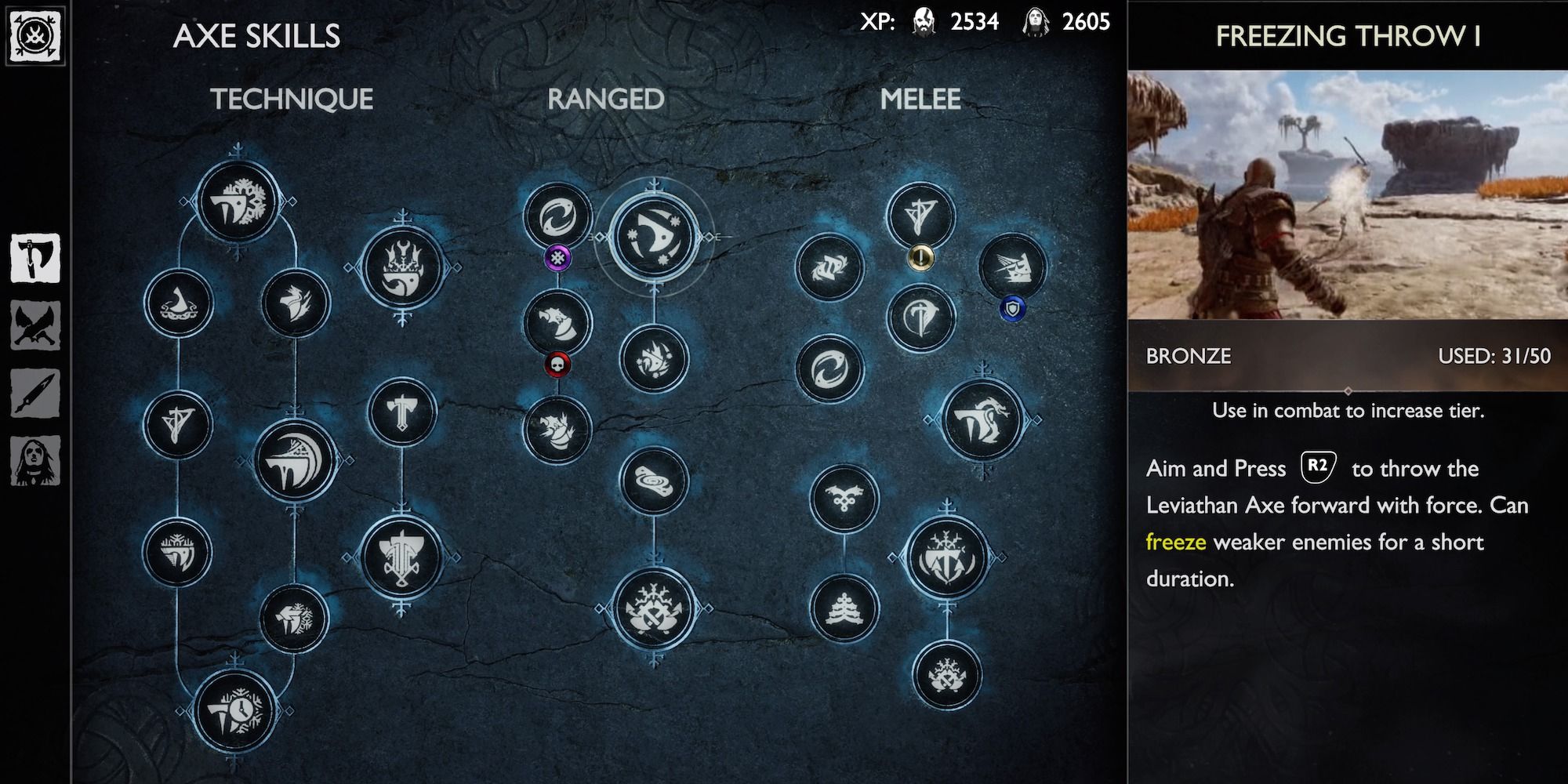 Throwing the Leviathan Axe is one of the most satisfying moves in gaming. It's even more satisfying when it actually hits an enemy, of course. Freezing Thow, performed by throwing the axe with R2, stops enemies in their tracks from a distance, giving you ample opportunity to run up and start a combo.

The real beauty of it is you can switch to a different weapon and start a combo with that while the axe is still embedded in your enemy. 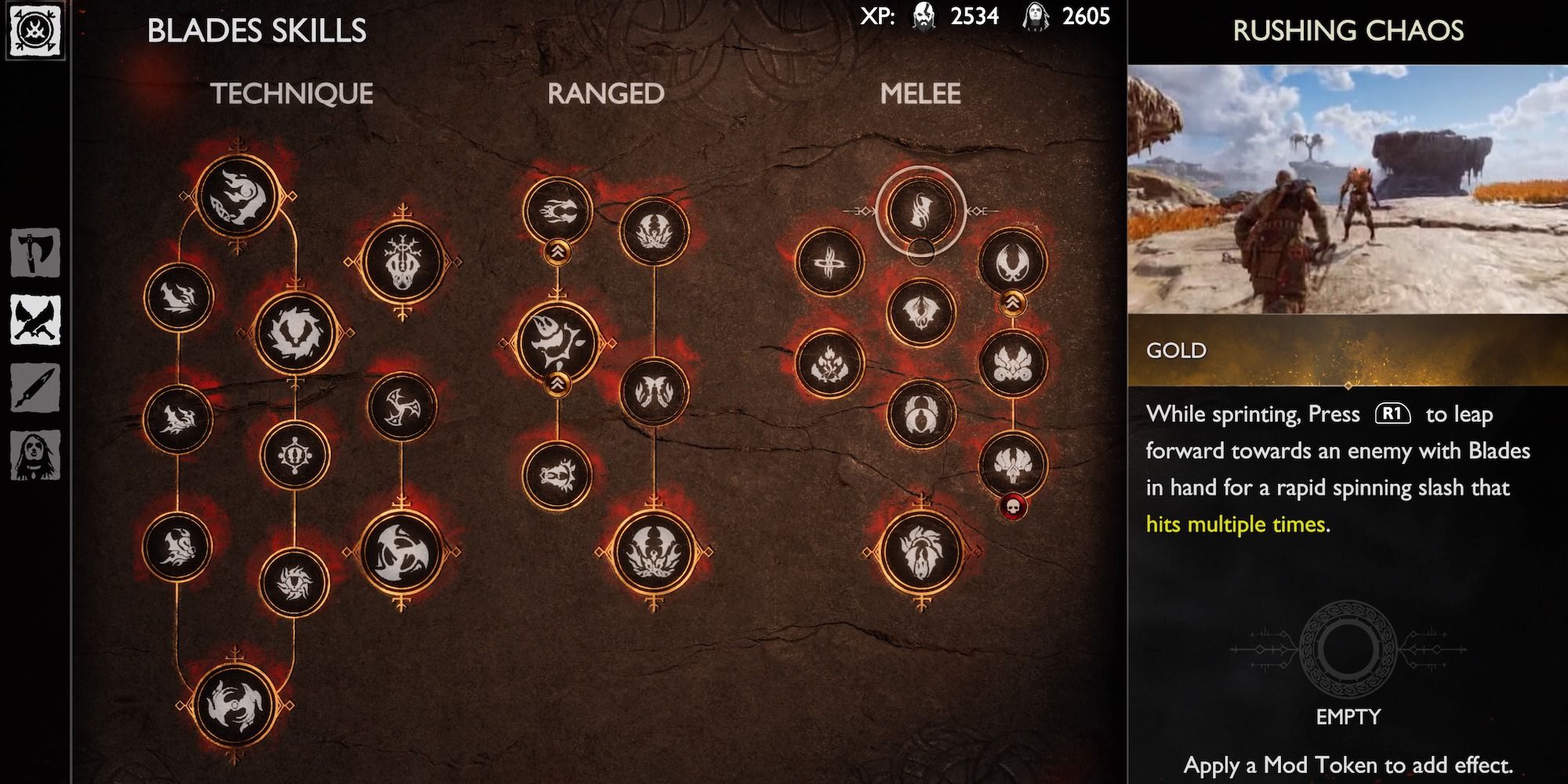 The Blades of Chaos are with Kratos almost from the beginning this time around. Their range gives them an advantage over the Leviathan Axe. Aiding their range is this simple move.

Just sprint and press R1 to close the distance between you and an enemy. The Blades of Chaos, in general, are better for taking on groups, and this move will also hurt other enemies close by. It's not flashy but it will get the job done. 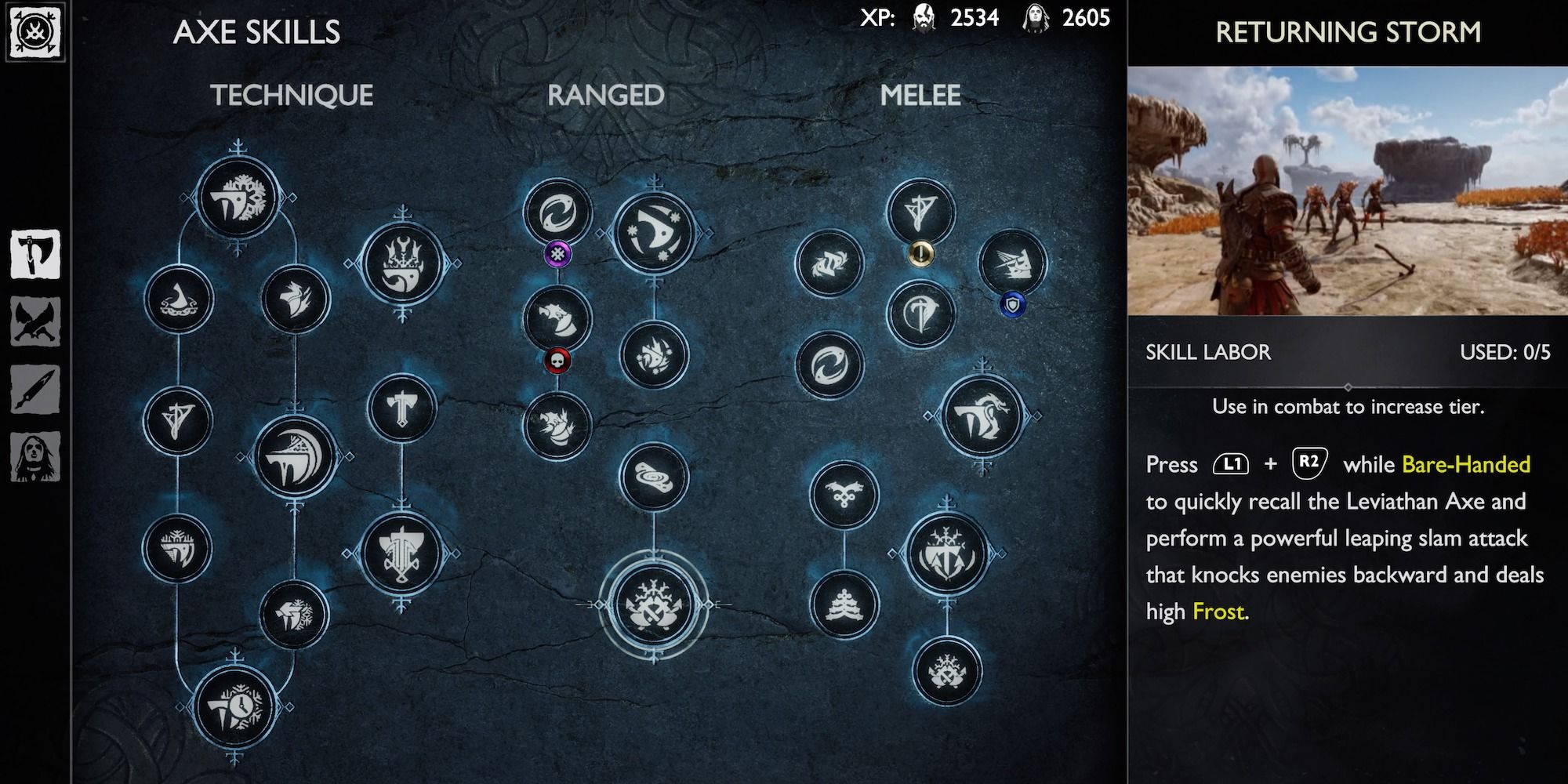 This one pairs nicely with Freezing Throw. Impale the enemy with the aforementioned move, run up to them, and then press L1 and R1 simultaneously to activate this spinning move for a nice, impactful combo.

It also helps in several other situations. If you are already in a tussle with other enemies and the axe is elsewhere, activate this move to get an attack in instead of simply recalling the trusty weapon. 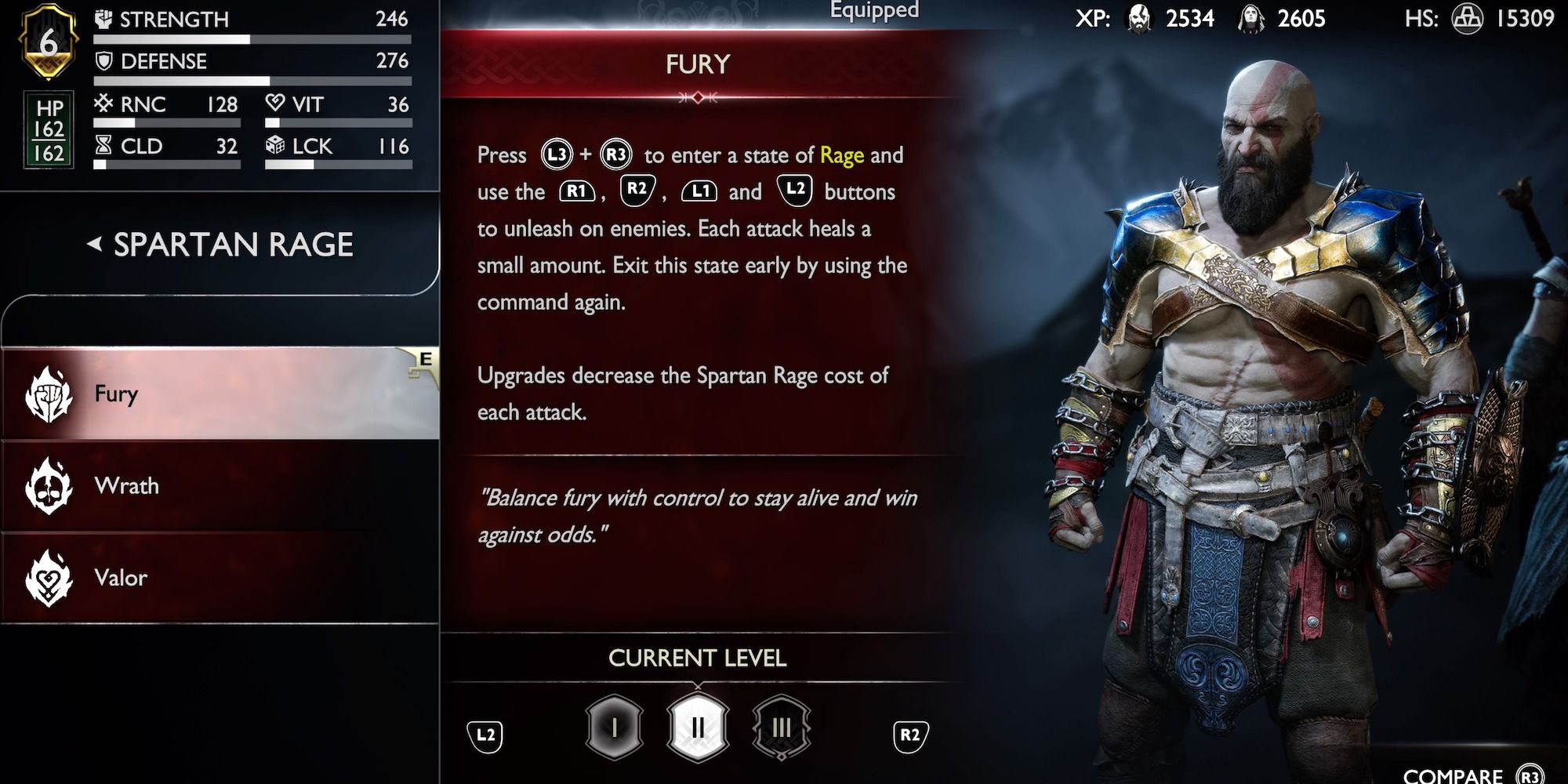 Of the three types of Spartan Rage abilities available to you in God of War Ragnarok, Fury still takes the cake in almost every combat situation. It not only lets you attack a variety of enemies at your leisure but it steadily recovers your health as well. Wrath is a focused attack on one foe, while Valor is a small health boost, and Wrath combines these two.

We recommend waiting until you have lost some health and then activating Wrath so you can get some health back while administering a beatdown.

The Draupnir Spear adds a new element of ranged combat to Kratos's arsenal. You start out being able to throw an infinite amount of spears.

Unlock the Spear Drill ability as soon as you can to hold the throw button and add a drill attack to every throw. You can kill some enemies with this move alone before they even have a chance to get within arms reach of you. While the Leviathan Axe has a throw, the Draupnir Spear lets you shoot projectiles faster. 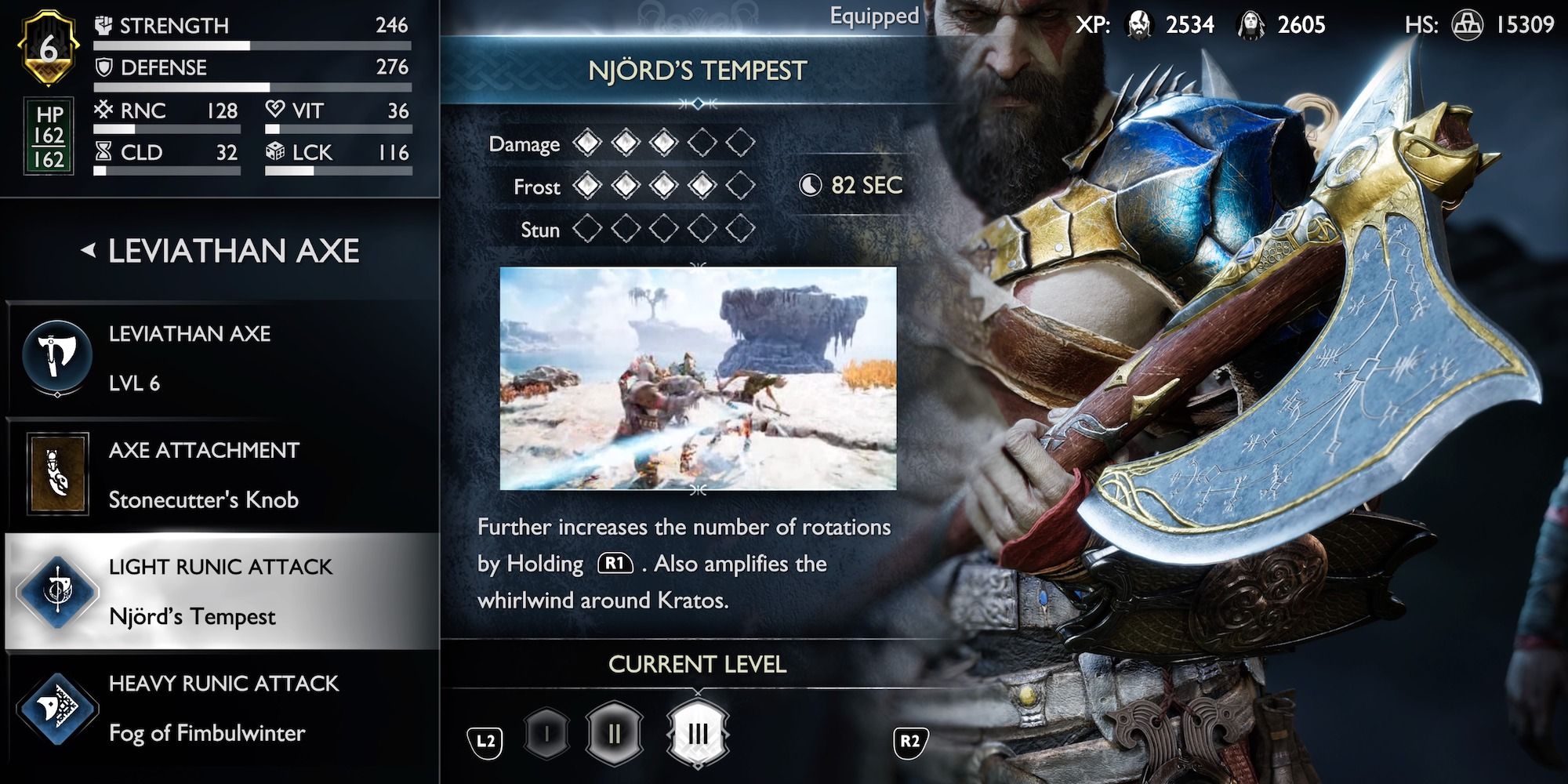 Runic attacks add a cooldown ability to your move set, and you can use two for each weapon. Njord's Tempest is one of the first ones you get, and it remains a good friend throughout the whole journey.

When foes have you surrounded and you really feel overwhelmed, just whip this move out, and it will clear most of the enemies around with the rotations. The more upgraded the attack is, the more rotations Kratos performs. It is even a good tool against bosses and heavier enemies who are not knocked down so easily. 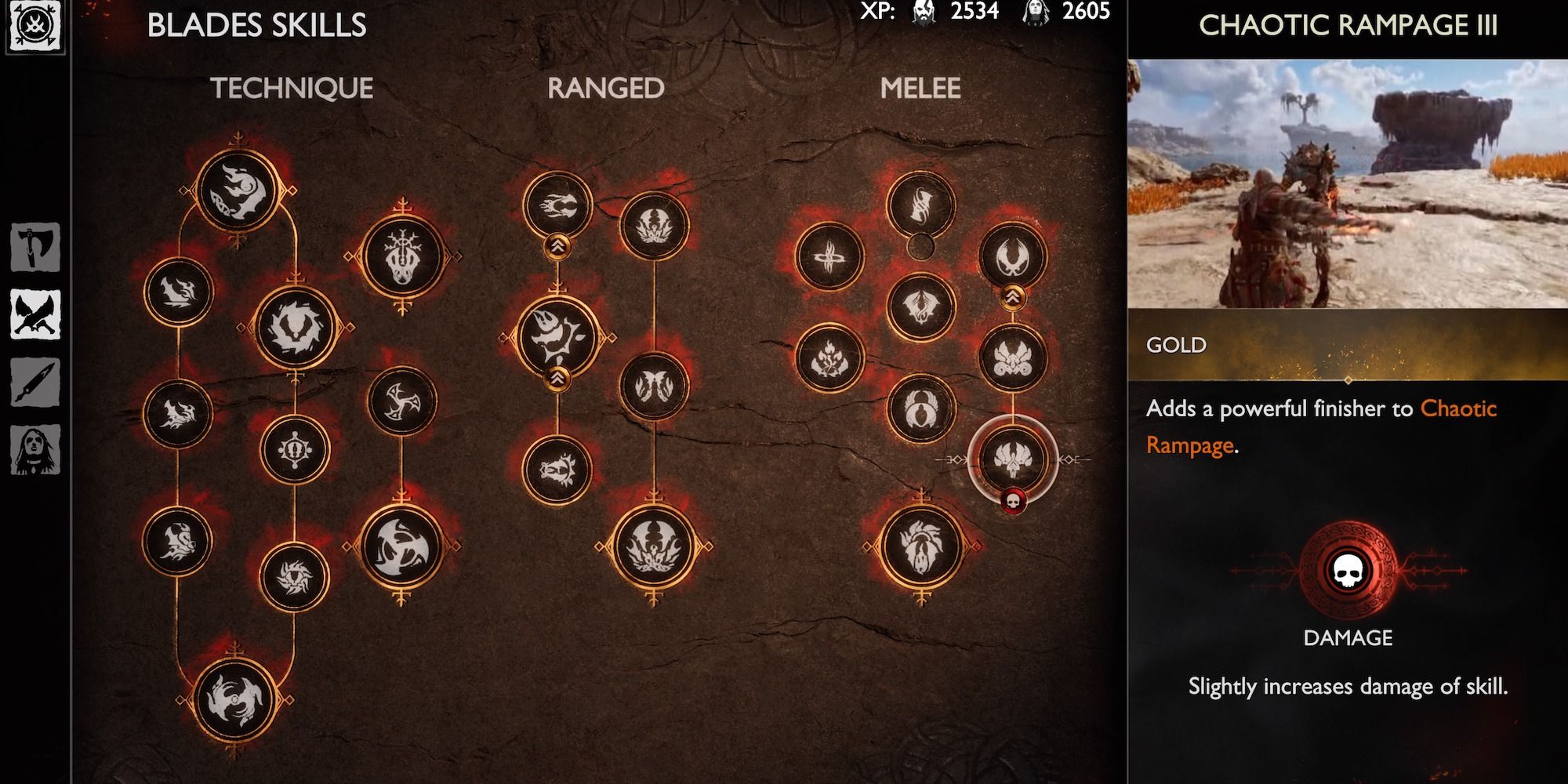 Some of the later abilities are proper combos that require a specific combination of light and heavy attacks. As good as these, they are not so easy to remember and use habitually in the heat of combat.

Chaotic Rampage fixes this by simply having you hold down R1 to initiate a combo. Each upgrade in the skill tree adds another hit to the ability. By the end, the combo is extensive and will make quick work of most weaker foes. 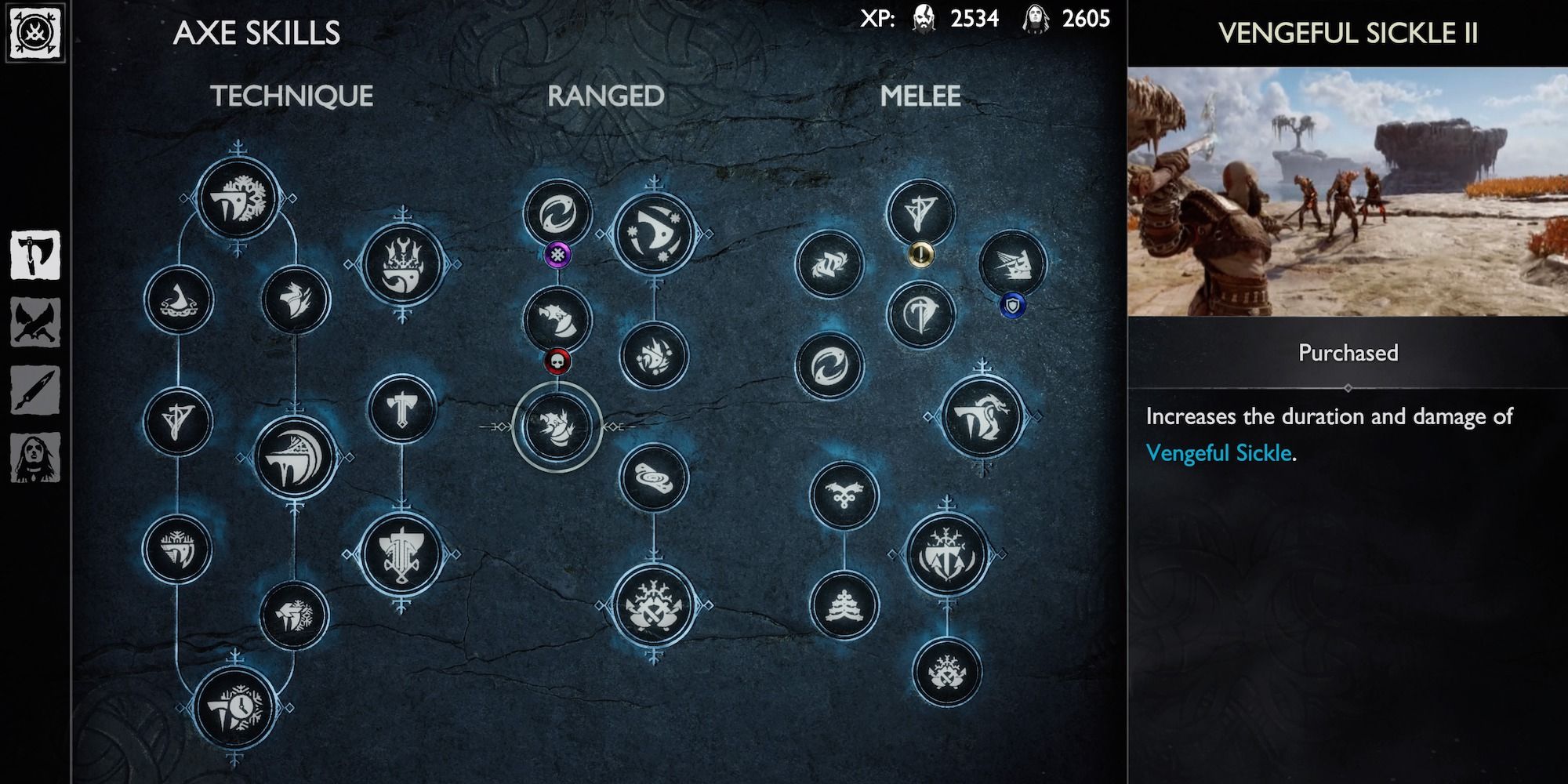 Freezing Throw is good for freezing an enemy for a longer period. Vengeful Sickle spins the Leviathan Axe in place, causing massive damage to one enemy.

It is a great way to start an attack against an enemy from a distance if you plan on getting up close and personal with them. Further upgrades add more rotations and damage the enemy even further. It also just looks really cool to use. 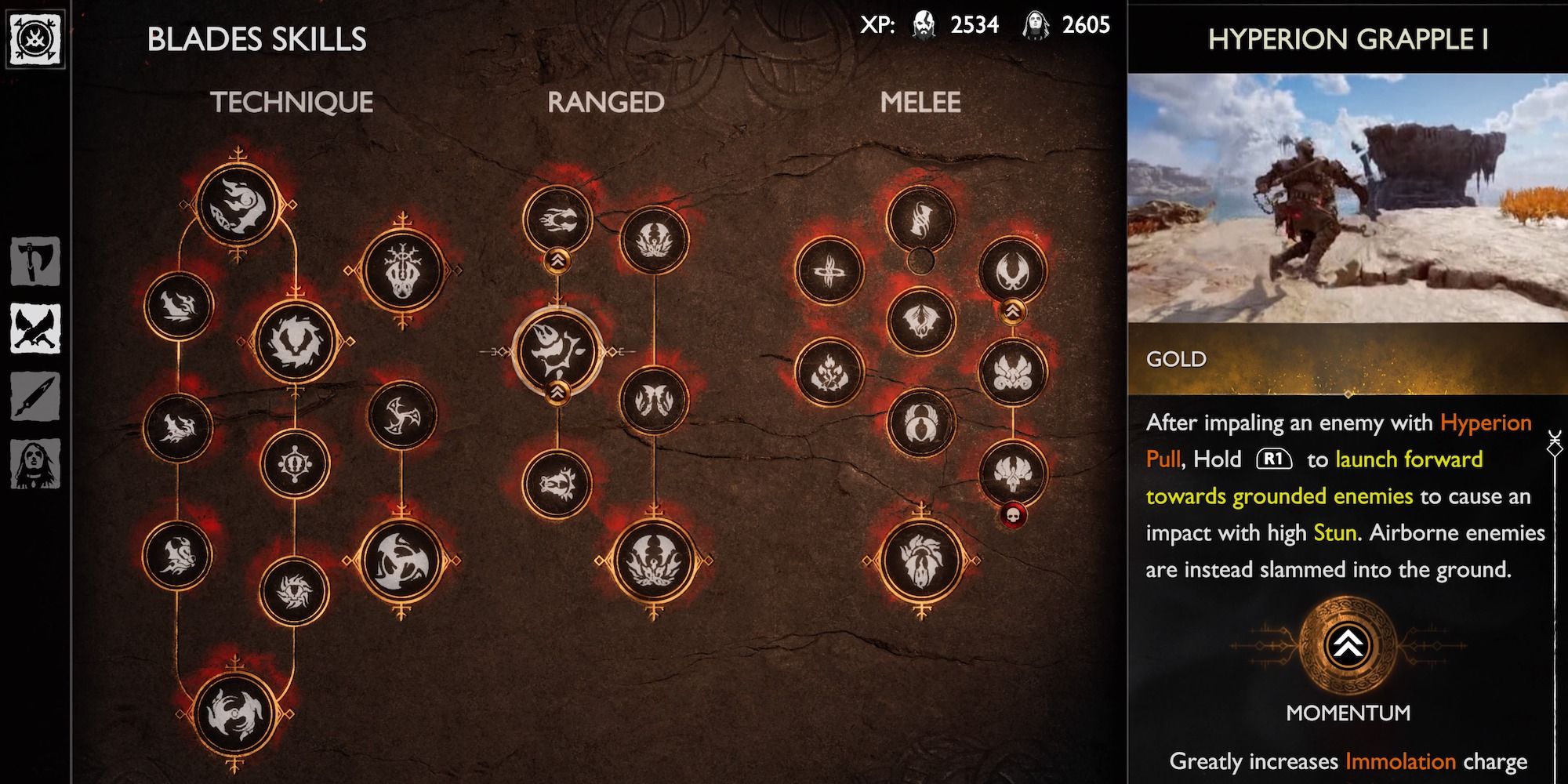 This move takes advantage of the Blades of Chaos's best asset – its range. This does not only make it stand out in God of War Ragnarok but in action/adventure games in general.

After impaling an enemy with the blade, keep R1 held and you whip toward the enemy and give them an additional smack. Kratos is at his most vulnerable when he is running toward the enemy, so you should take advantage of anything that quickly closes the distance between you and your adversaries. 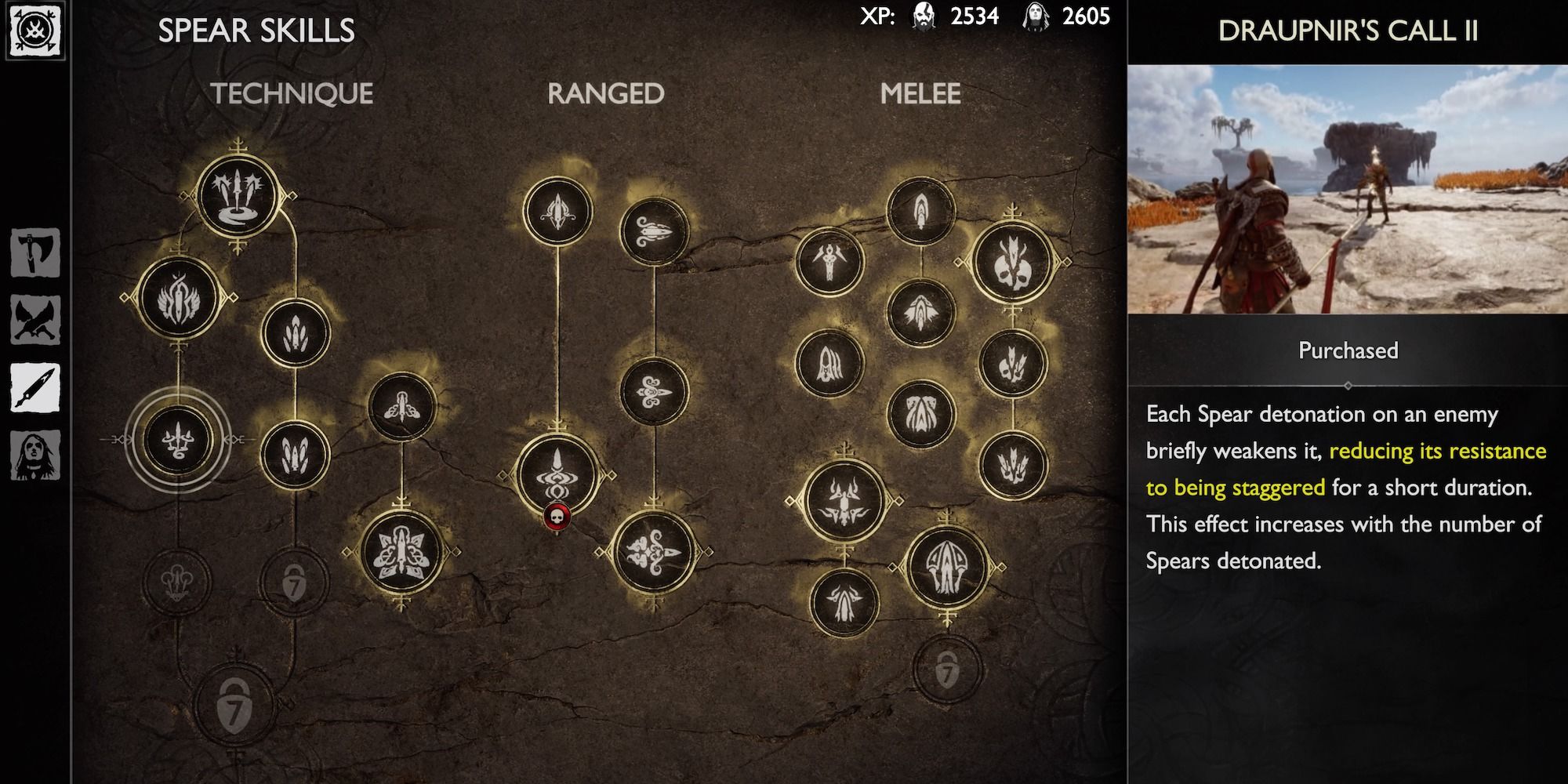 The coolest thing about the Draupnir Spear is the ability to detonate the spears you have already thrown. It is a powerful enough move at first but only grows stronger and more effective with each upgrade.

After throwing these spears in the middle of battle, they remain embedded in enemies for a while, which makes the detonation a great backup plan to stagger enemies as they get close. Additionally, Draupnir's Call can be paired with many other abilities from the same weapon since many of them leave spears behind.