Passion Republic Games' debut title GigaBash, yet another kaiju-centric game that launched in a year that has been chock-full of them, has been a joy for fans of 3D brawlers and giant monsters alike.

But due to its segmented character story mode, a small roster of characters, and a significant yet still somewhat disappointing amount of purely visual bonus content, players can finish it in a short amount of time. Luckily, for those craving more kaiju action or similar gameplay, there are all types of games with similarities to GigaBash, the majority of which are easily accessible on modern platforms. 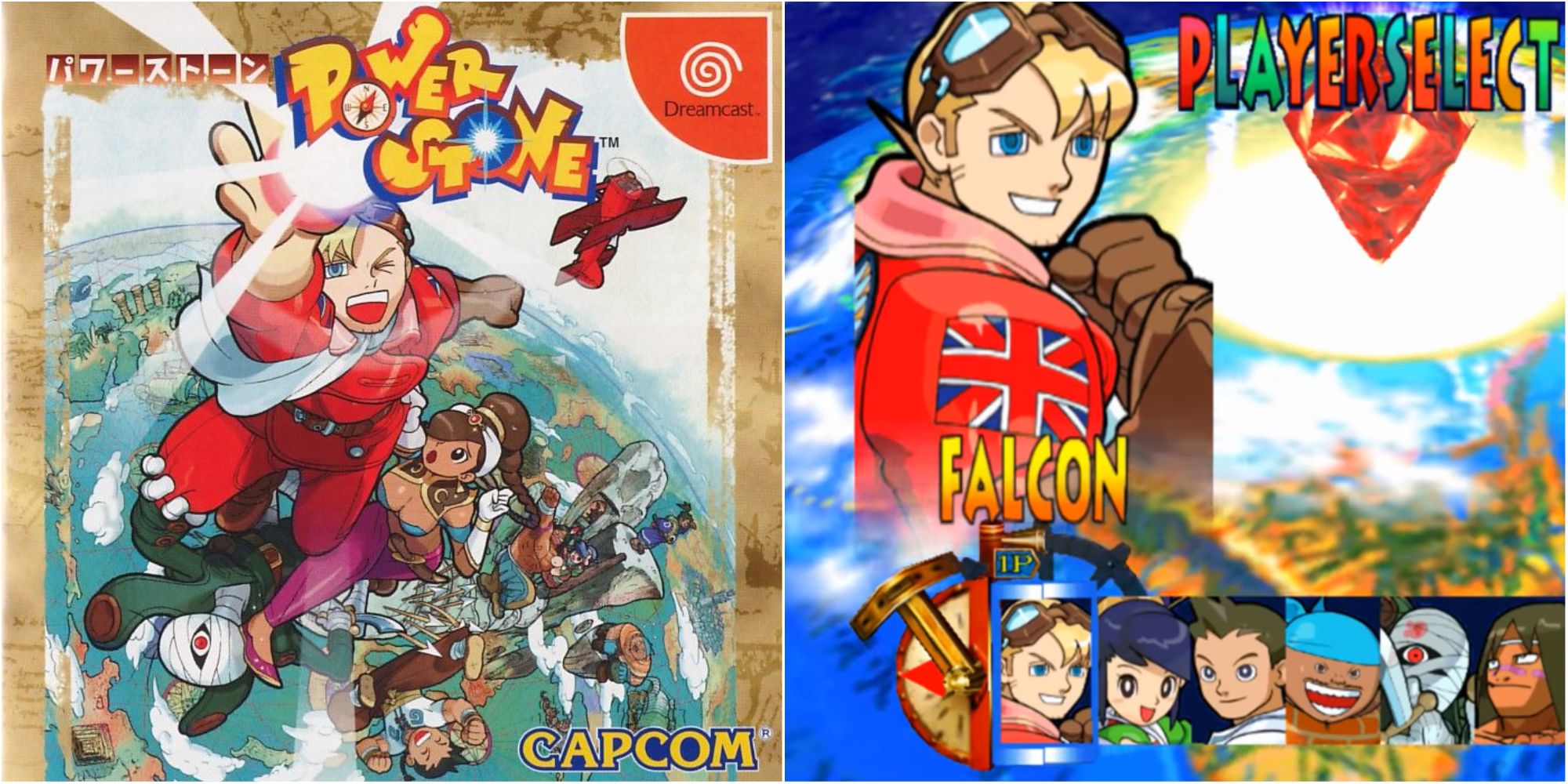 Power Stone doesn't yet have a modern remaster, so interested players will have to dust off their old Dreamcasts or PSPs if they want to play it. One of Capcom's most beloved yet neglected series with only two entries, Power Stone is a 3D arena fighting game GigaBash is often compared to due to similar gameplay elements.

While characters in Power Stone can't destroy buildings or use military vehicles as weapons, they can grab various items from the arena to use as a weapon. By collecting three power stones, characters can get a power boost that temporarily transforms them and allows them to use special attacks until their power meter has depleted. 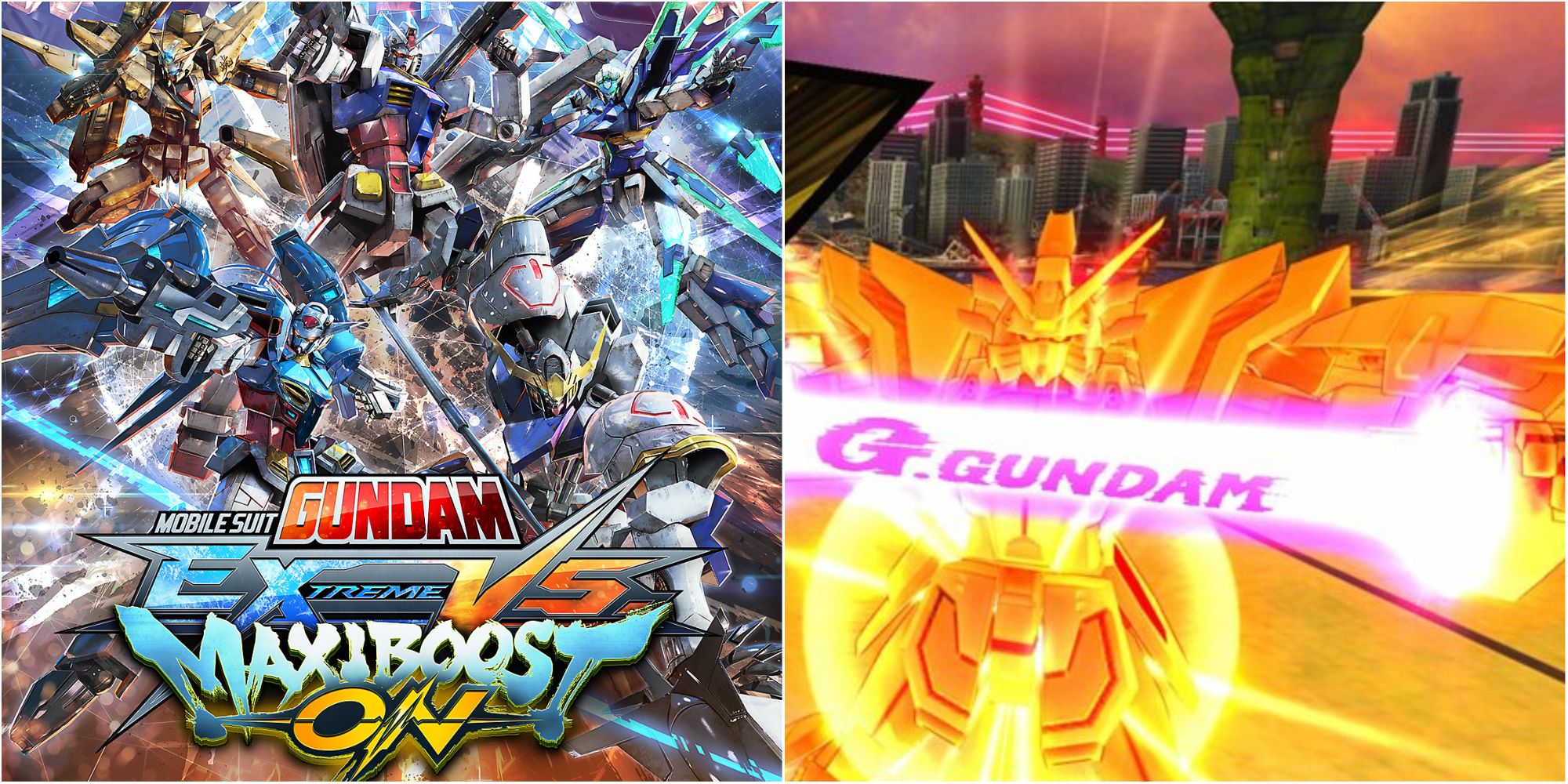 In case you prefer giant mechs over monsters, Gundam has you covered. The excruciatingly long titled Mobile Suit Gundam Extreme Vs. Maxiboost ON was first launched in arcades in Japan in 2016, and four years later finally launched on PlayStation 4 in 2020.

The fully updated version of 2012's Mobile Suit Gundam Extreme Vs. Maxiboost ON added more playable Mobile Suits, with the PlayStation 4 version having a Branch Battle arcade mode and a local multiplayer mode. Like many other Gundam fighting games, knowledge of the franchise isn't required to play it, but it may be best to become familiar with the game's systems before attempting online play. 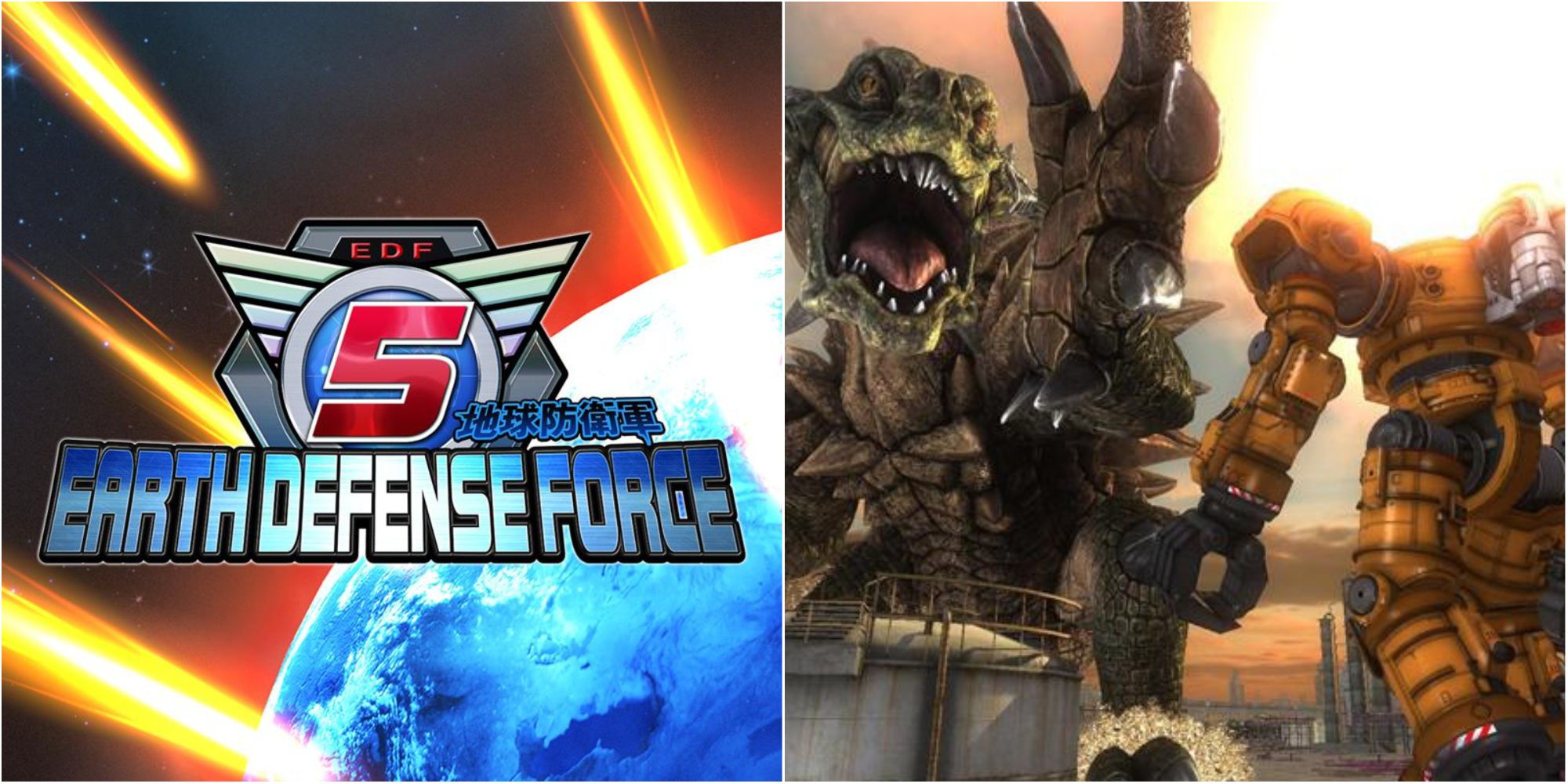 While Earth Defense Force 5 is an excellent game to play online together with friends on the same platform, the janky graphics the series is known for aren't for everyone, but people who can get past that will likely have an overwhelmingly enjoyable experience. 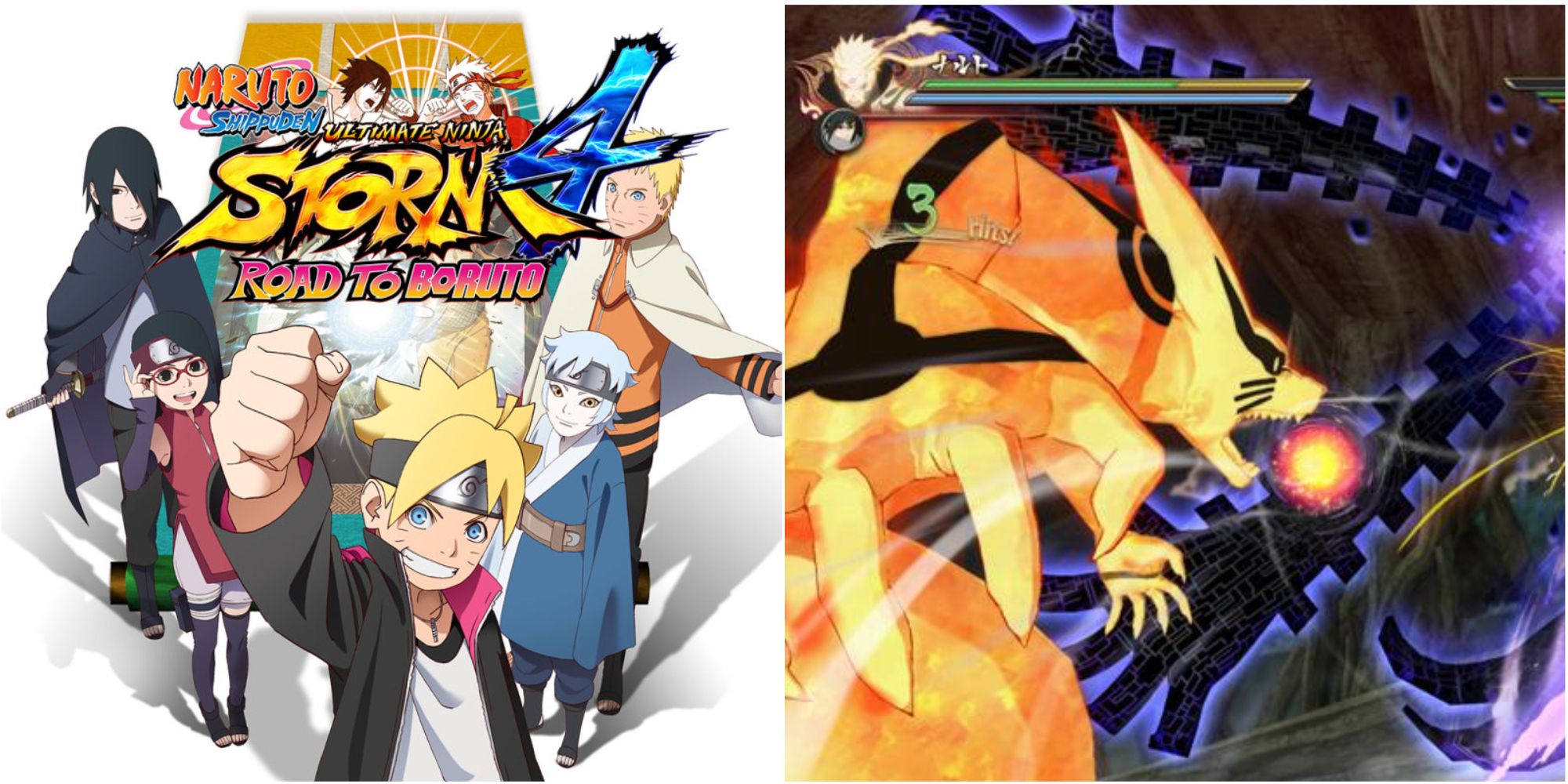 Due to the awakening mechanic that all characters can use once their health has decreased enough, many characters have larger awakened forms, similar to S-Class forms seen in GigaBash when Titans have gathered enough energy. While being familiar with the series isn't required, it's highly recommended since the story mode primarily covers the latter parts of the final Naruto arc. 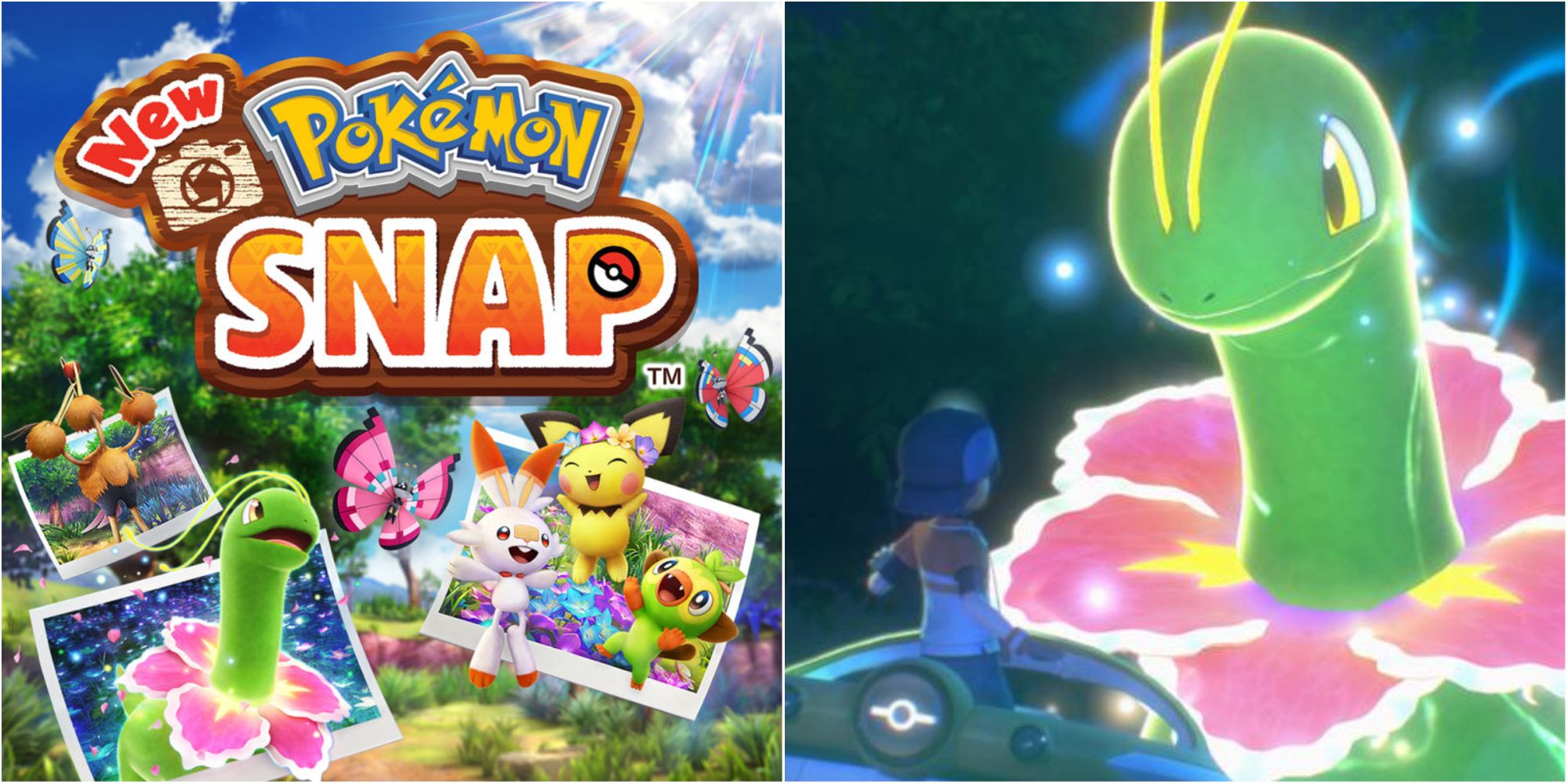 If you want a more casual game featuring monsters and prefer not to fight them, but want to observe and take pictures of them, then New Pokemon Snap has you covered. Most Pokemon aren't kaiju-sized, but they all still fit the word's literal meaning, which is "strange beast."

While photography may seem boring to some, taking pictures of Pokemon and using various tools to observe how they behave is an entirely different experience from taking pictures of real-life animals. New Pokemon Snap also has plenty of content for players to experience but unlocking all of it can be rather tedious. 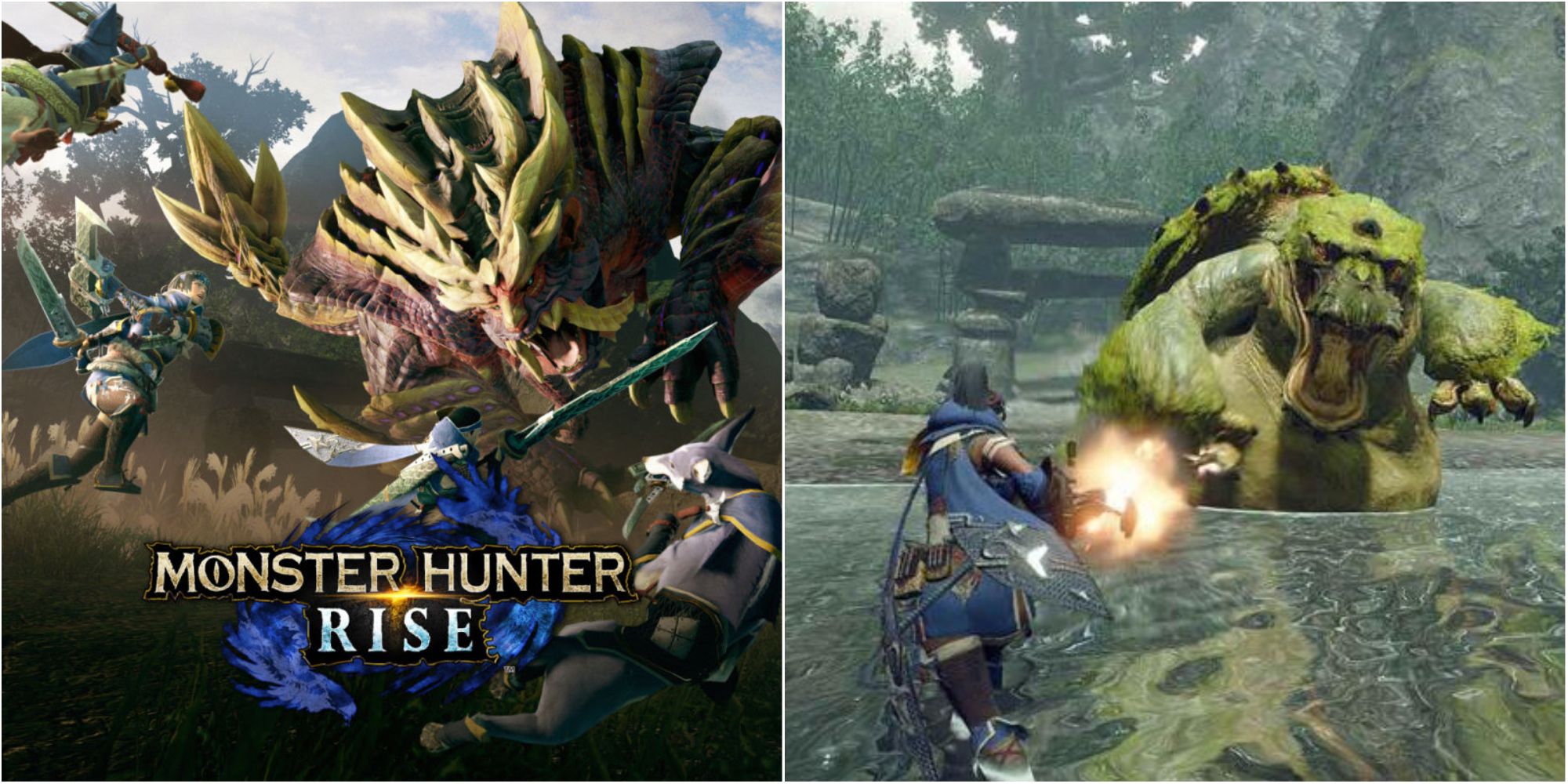 Although it isn't as popular as Monster Hunter: World, Monster Hunter Rise makes some quality-of-life improvements that are hopefully permanent changes. No longer do hunters have to regulate their temperature when hunting monsters in extreme conditions or look for and follow monsters' tracks all over the map to find them.

Monster Hunter Rise also introduced the Wirebug; a bug hunters can use like a grappling hook, and the Palamute, a canine buddy that hunters can ride or fight alongside when hunting. If that's not enough, the Sunbreak expansion added more features, including new and returning monsters, armor sets, weapons, and more.

4 Godzilla: Save The Earth 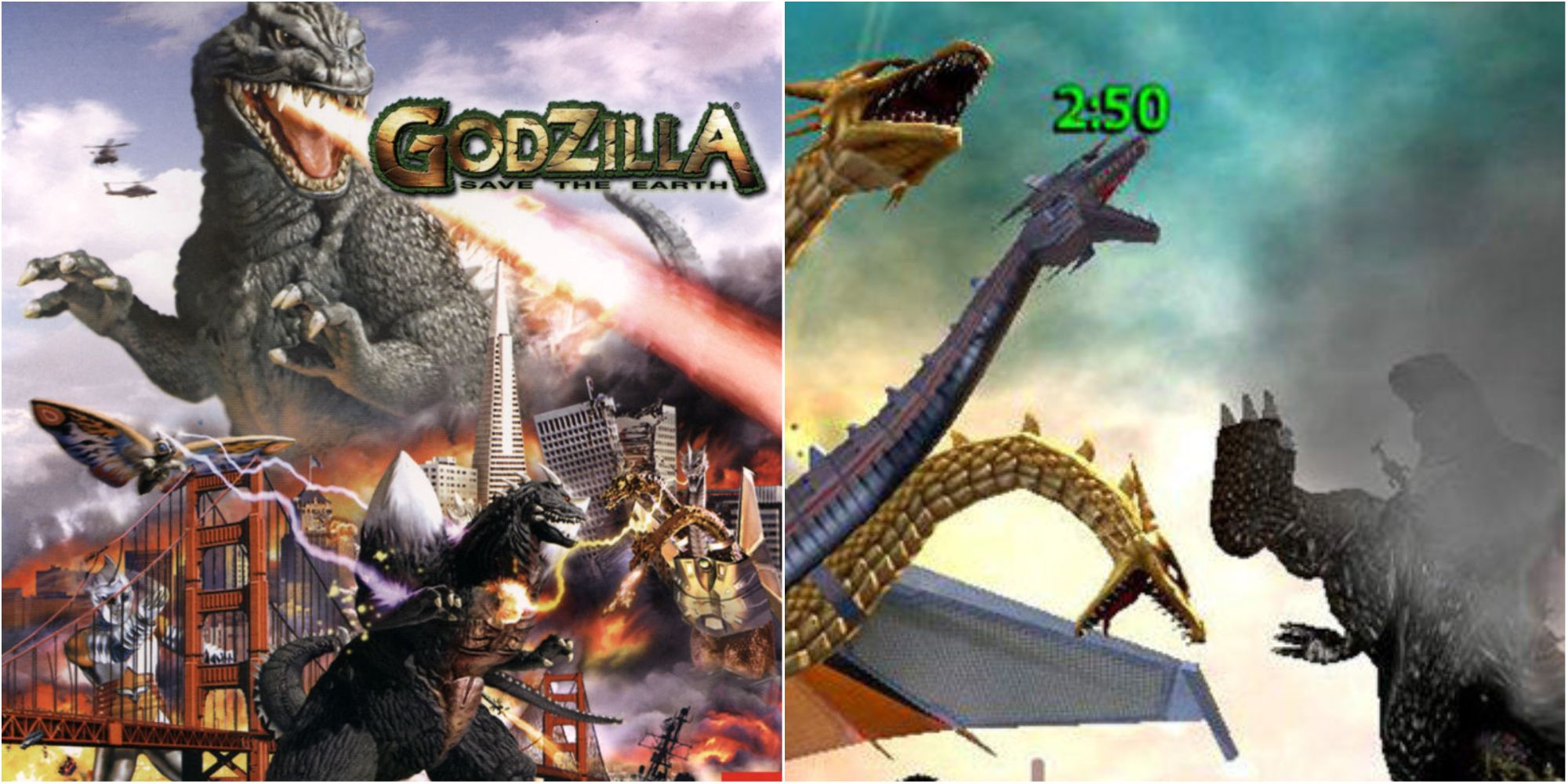 Another game fans will have to dust off their old consoles to play is 2004's Godzilla: Save The Earth for PlayStation 2 and Xbox. It was the last decent console game to include the King Of The Monsters' name in the title. Save The Earth is the second game in the Godzilla trilogy developed by Pipeworks Software and is often considered the best one.

Godzilla: Save the Earth has 17 playable monsters, six more than its predecessor Godzilla: Destroy All Monsters Melee. Other improvements include a better story mode, letting players use beam attacks more frequently, a challenge mode, and more.

3 Dawn Of The Monsters 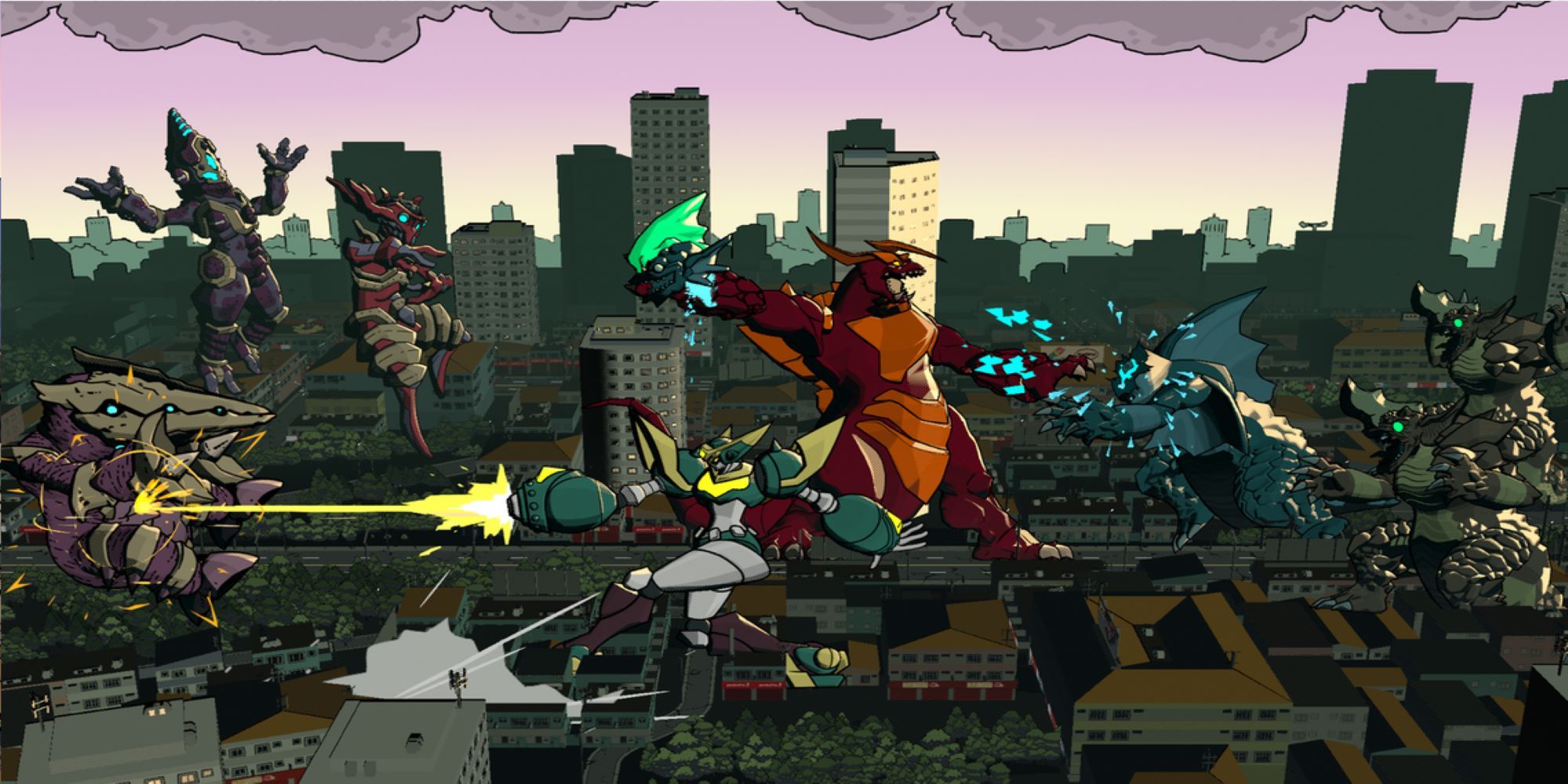 A kaiju-themed side-scrolling beat-em-up by 13 AM Games and WayForward, Dawn Of The Monsters has its four playable characters teaming up to save the world from monstrous beings called Nephilim. While each character has their own play style, they can also be equipped with up to three augments that allow for particular abilities or bonuses.

For example, if your health is depleting fast, you can equip the selected character with the vampirism augment that restores health by attacking enemies. Dawn Of The Monsters is more challenging than other modern beat'em ups, but luckily, players can team up with a friend to help them out. 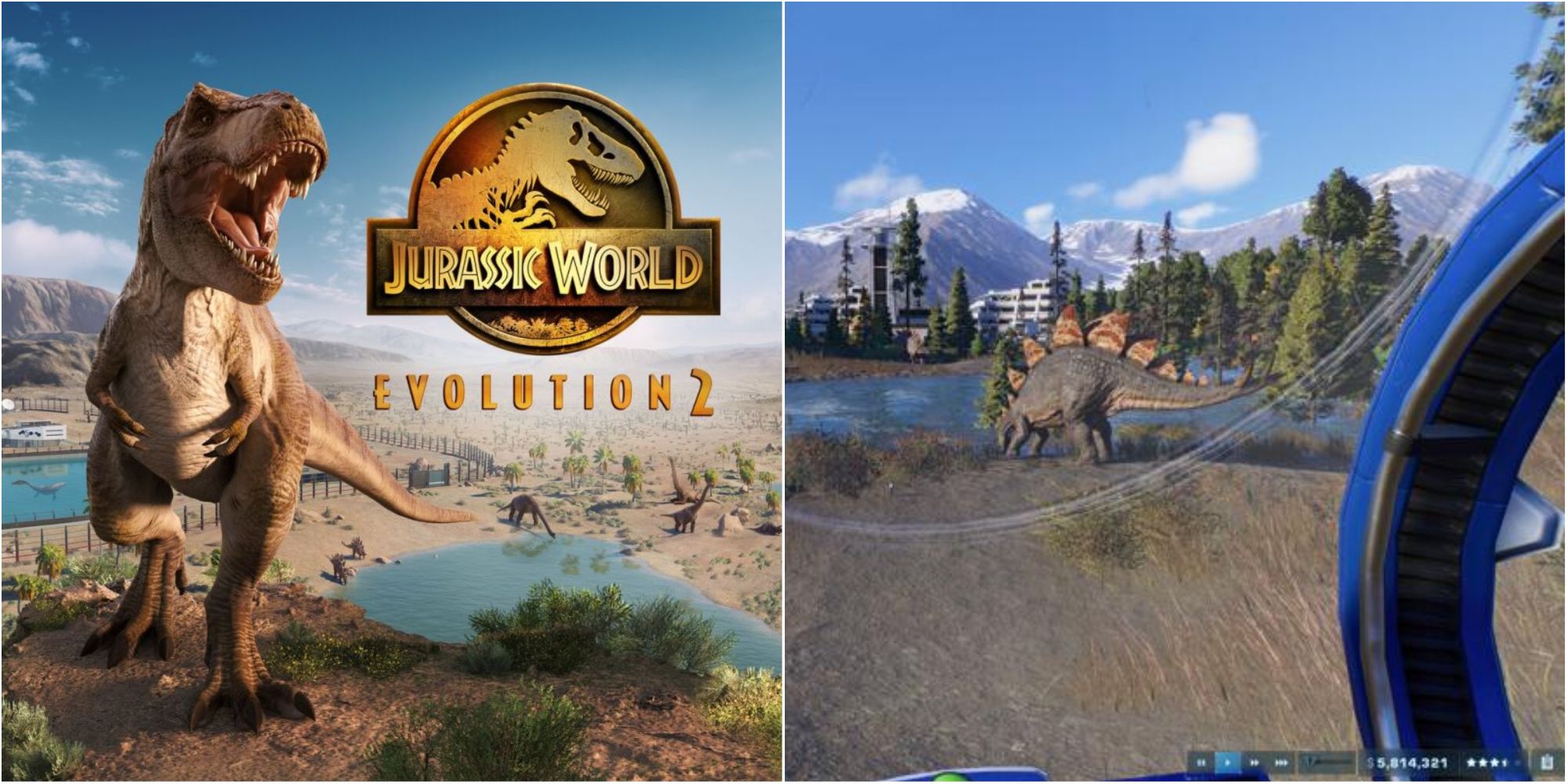 Jurassic World Evolution 2 bumps the number of obtainable dinosaurs from 49 up to over 75 and improves their behaviors, making them more complex and more likely to interact with others. It also adds a revamped terrain tool, a new Chaos Theory mode inspired by the Jurassic Park film series, and more. Any dinosaur fanatic should give it a try.

1 War Of The Monsters 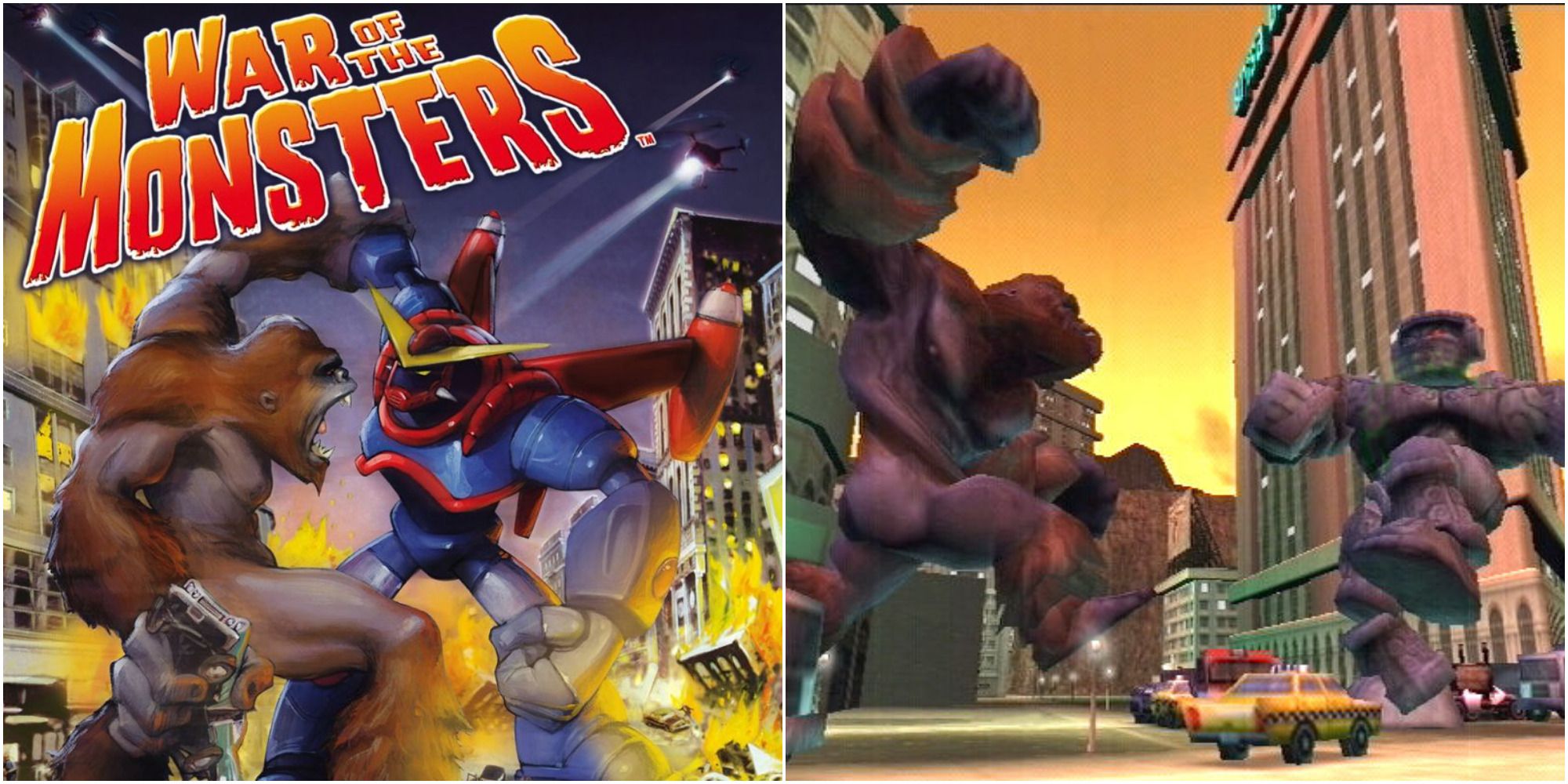 A game that GigaBash continues the spirit of, War Of The Monsters, also features no licensed characters, instead having playable characters be somewhat obvious homages to them. Other similarities include the ability to destroy buildings, grab and use various items, and special attacks unique to each character.

War Of The Monsters also wears its cinematic inspirations on its sleeve, with menus styled like a drive-in movie theater, fake movie posters serving as loading screens, and more. War Of The Monsters is a bit dated by today's standards, as it's a 2002 PlayStation 2 game, but it's still a game worth playing for any kaiju fan.