Splatoon 3’s Splatfests are colorful interactive Turf Wars that go on for longer than a three-minute match. Spanning several days, Splatfests not only pits you against others to decide who or what is the best of the best, but also completely transforms Splatsville into a vibrant party scene. The third official Splatoon 3 Splatfest is a crossover with Nintendo’s other popular franchise, Pokemon. This event features inklings and octolings battling it out to decide which Pokemon partner type is the best: Water, Fire, or Grass.

As cool as this event theme is, wouldn’t it be even cooler if actual Pokemon were allowed into the Splatfest? But that begs the question, which Pokemon should join? Which Pokemon will find themselves right at home in this chaotic three-way battle?

10/10 Blast Away The Opposition With Blastoise 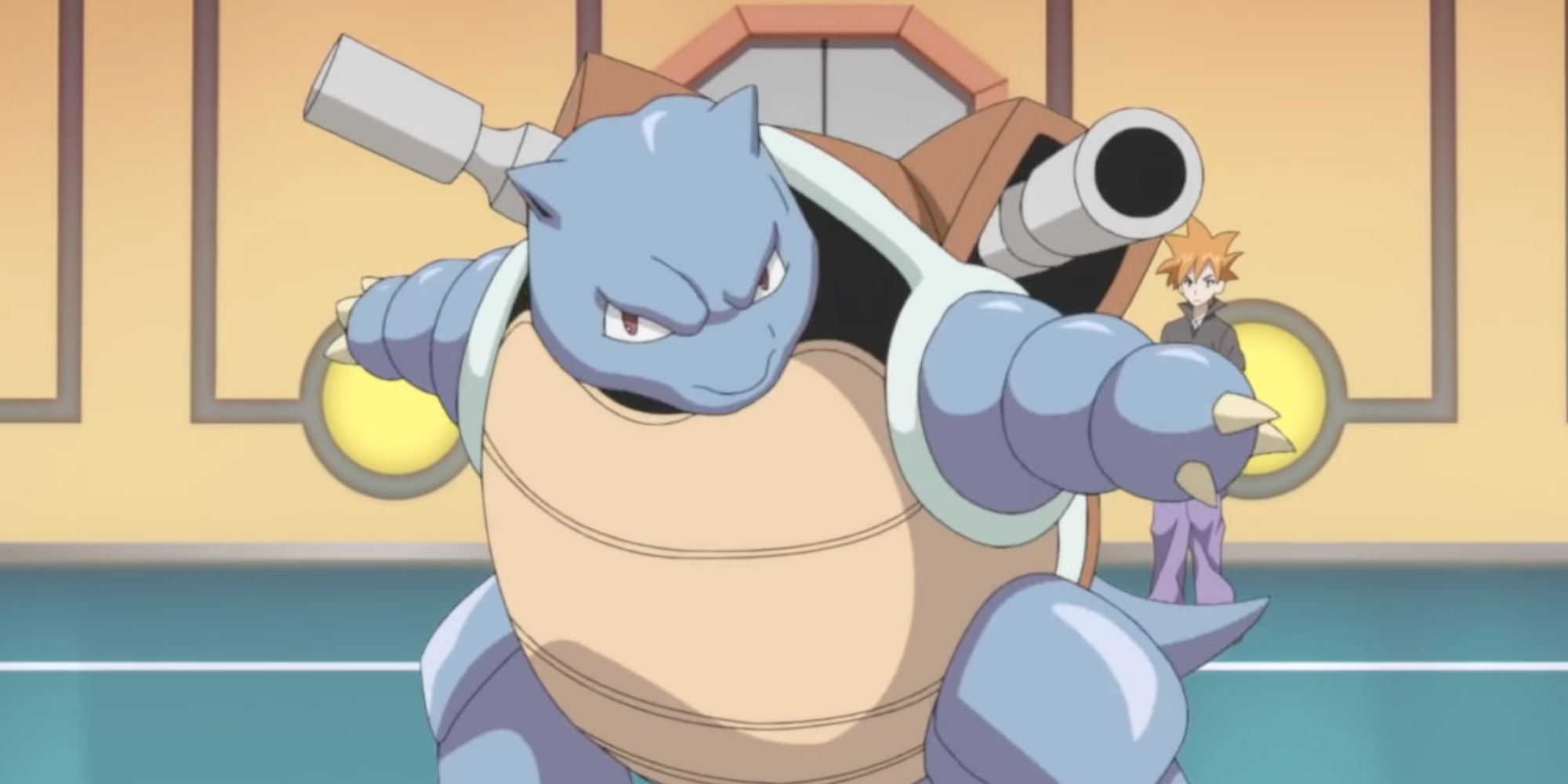 Blastoise is the final evolution of the starter Pokemon Squirtle from Kanto. What you might notice first about this Pokemon are the huge cannons poking out of their back. Coupled with their high special defense, Blastoise can be the Water Team’s Blaster user.

The Blaster weapon type focuses more on heavier hitting ink shots so, rather than inking turf, Blastoise’s role will be that of taking out enemy players before they can ink your base. The only drawback would be Blastoise’s lower speed, which would mean that speedy squids, octolings, and Pokemon could take them by surprise.

9/10 Charge Up With Inteleon 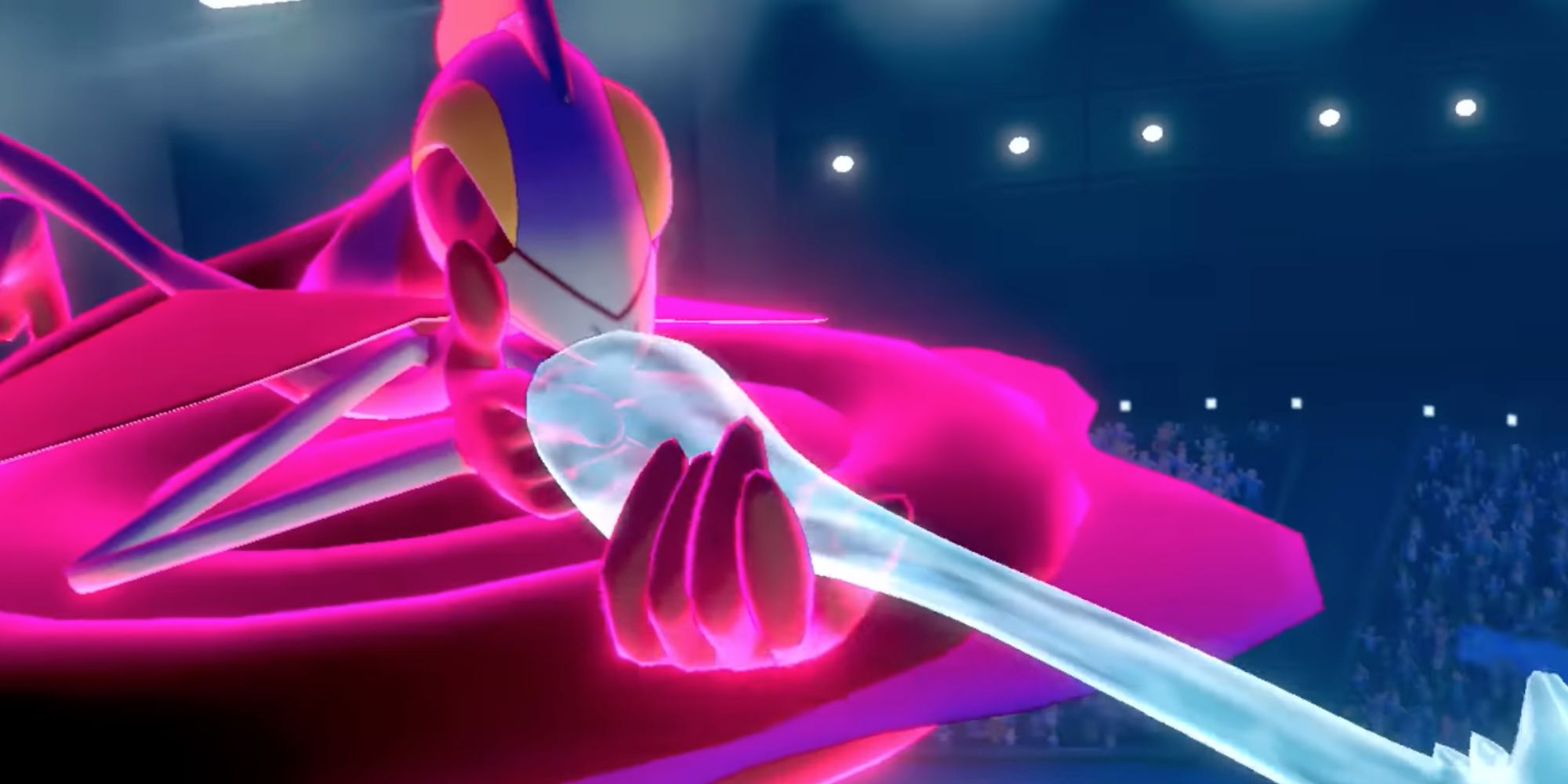 In every good Splatfest team, you need a member who can take out the opposition from a high vantage point. This is where weapons like Chargers come into play. And what better Pokemon is there for the role of the sniper than the Pokemon Inteleon? According to their Pokedex entry, this speedy Water type can take aim and literally shoot liquid from their fingertips.

Plus, they possess a Gigantamax move called G-Max Hydrosnipe, which has them creating a raised platform for themselves out of their tail and taking aim! As a Charger, Inteleon can out speed others and protect their teammates from surprise attacks. All while staying at a safe distance.

8/10 Roll Over With Mantine 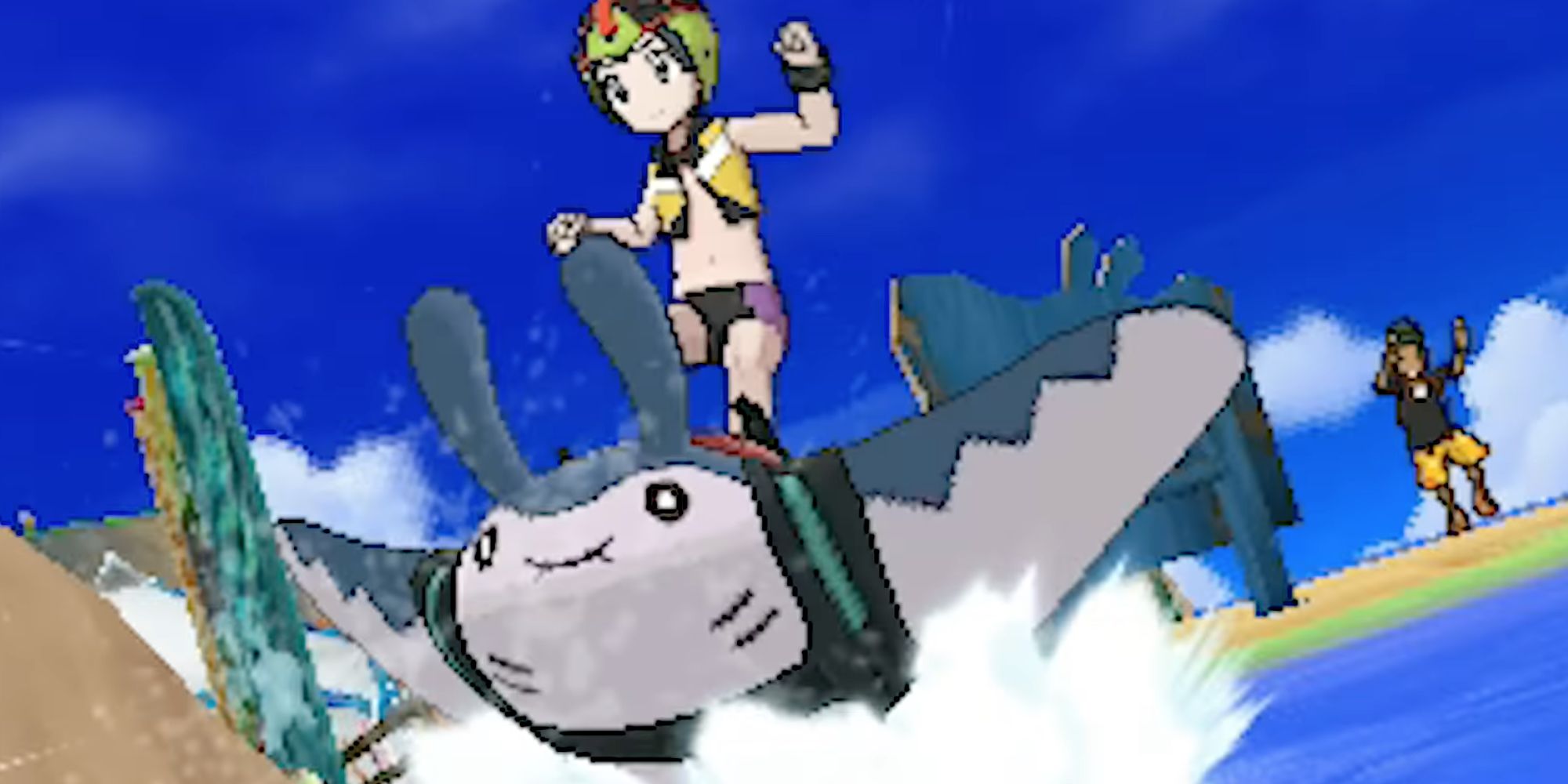 One of the main newscasters for the Anarchy Splatcast is Big Man, a manta ray. And what is the Pokemon Mantine but just another manta ray? Mantine is a Water and Flying type with a high special defense and a wide wingspan. Like Big Man’s boss fight in Splatoon 3’s storyline, Mantine can fulfill a similar role in the Splatfest and focus on covering the turf in blue ink.

Mantine’s role in combat will be the team’s Roller user, a weapon which focuses more on ground coverage rather than offens — though it does have an impressive record of splatting others hiding in ink. With the Roller, Mantine can paint the town a nice watery blue while their team members focus on taking out other opponents.

7/10 Slash And Dash With Delphox 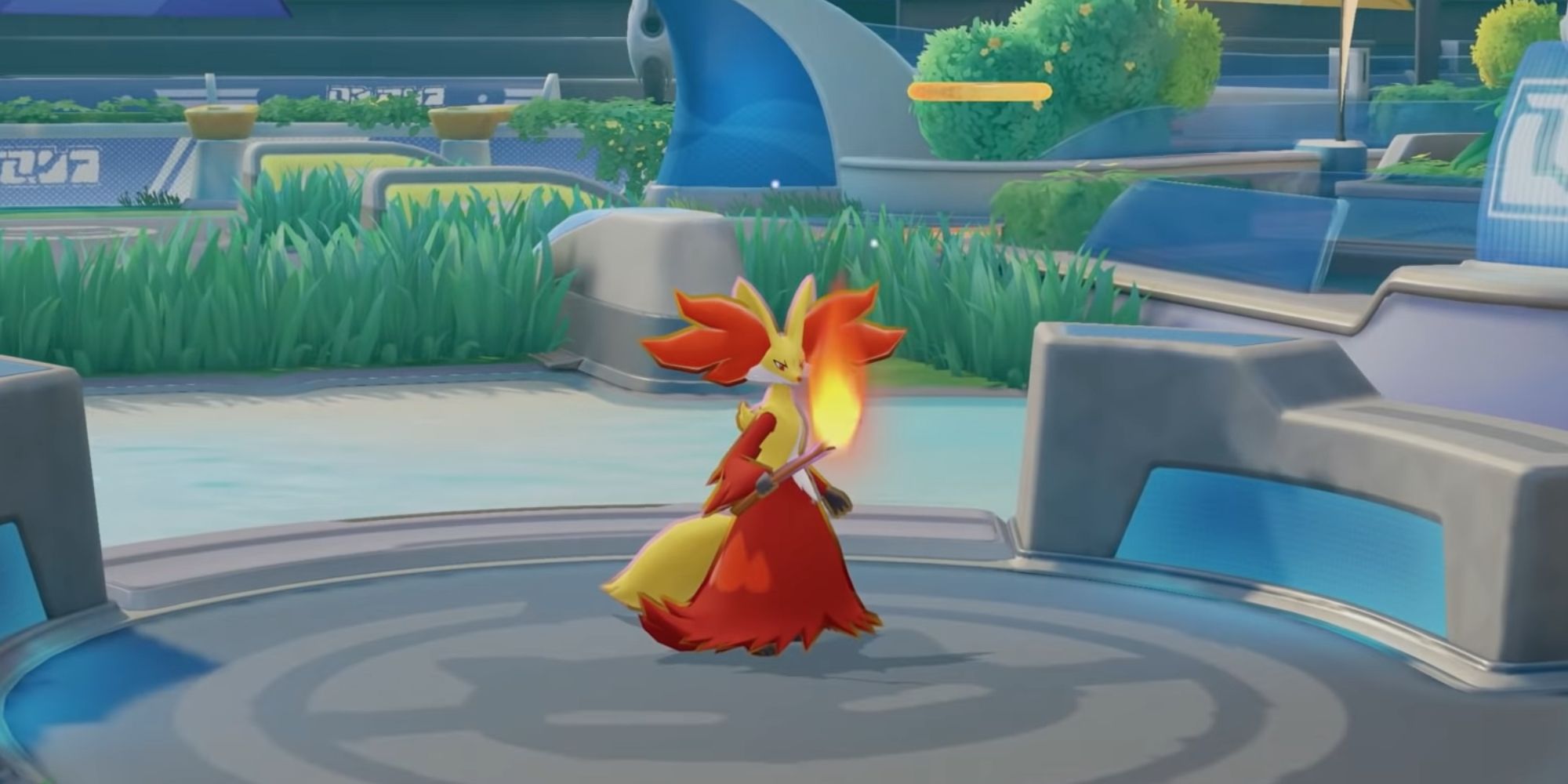 Delphox is the third and final evolution of Fennekin, the Fire-type starter from Kalos. Delphox is a dual Fire and Psychic type whose battle stats favor that of special attack, special defense, and speed. Characteristics like these make Delphox’s best weapon match the Inkbrush. Being the Fire Team’s main Inkbrush wielder means that Delphox can easily run through the different turfs and quickly ink opponents at a close range.

The Inkbrush might not be the most powerful weapon, but it makes up for it by having complementary Sub Weapons. Delphox could also help their teammates out by quickly and efficiently inking any enemy that gets close to them. How’s that for teamwork? 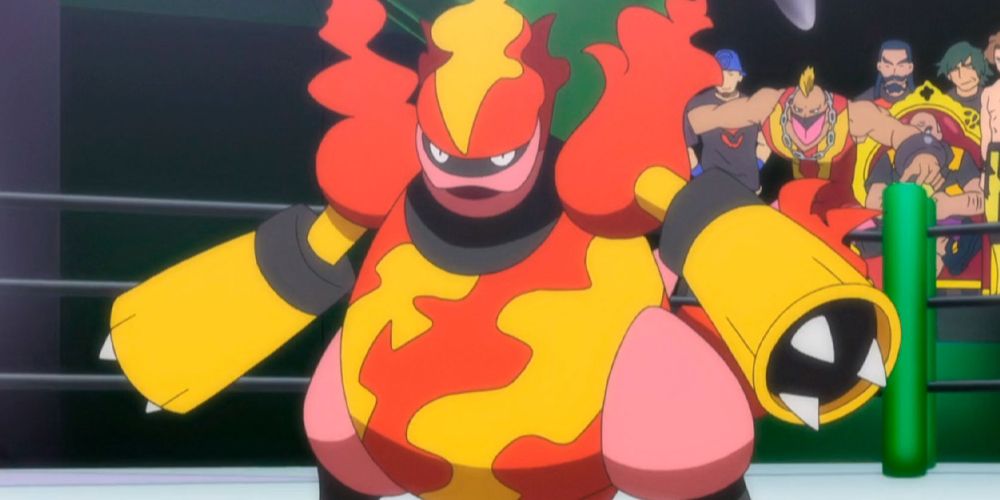 Magmortar is a Fire type literally known as the Blast Pokemon, making them the perfect candidate for the Fire side’s Blaster user. Especially since one of the Blasters already has fire painted on it.

Decidueye’s role in Team Grass will be split between inking the turf green and taking out opponents who might be after the squishier Celebi and the speedy Serperior. Though Decidueye might get cornered, that’s nothing a quick rollover or some time travel from Celebi can’t fix. 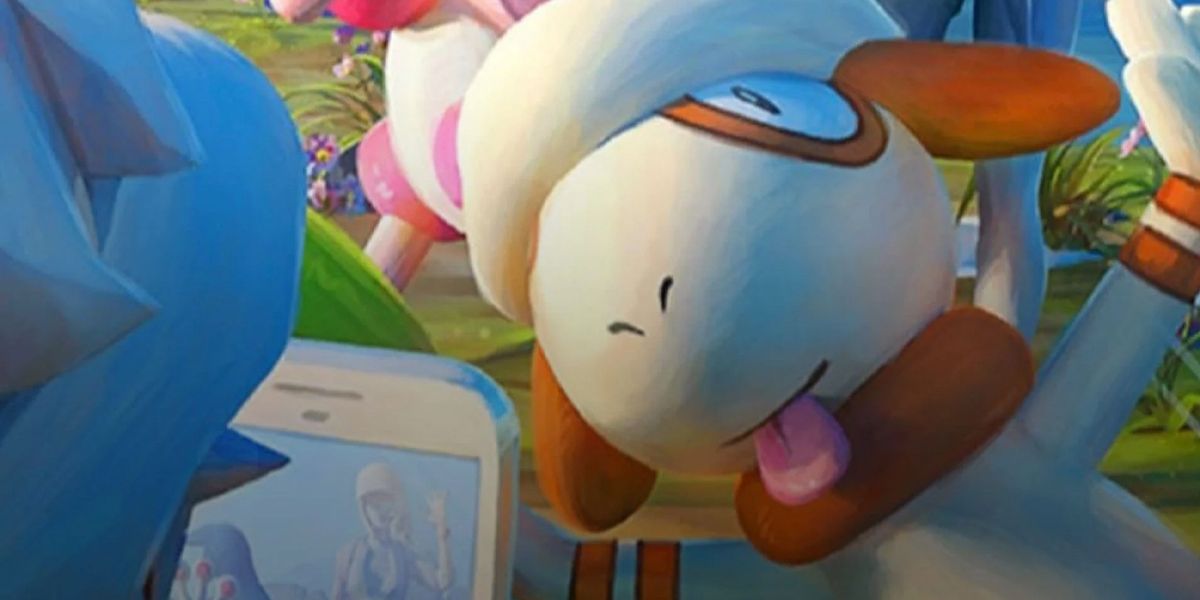 Though this final Pokemon is a Normal type and doesn’t adhere to any team, it would be negligent of us not to include them. Smeargle is a Pokemon originally from the Johto region whose unique move, Sketch, allows for them to copy any other Pokemon’s last used moves. And in the inky and colorful world of Splatoon, one could say that every battle is just a chance for everyone to show off the painting skills.

Smeargle’s Sketch move also means that they can easily join Team Water, Fire, or Grass. Thanks to their versatility and their paintbrush-like tail, it is best that they take on the Inkbrush weapon for their team of choice. Sure, they might not be as strong as Delphox when using this main weapon, but they can definitely bring an artistic flair to the Turf Wars!