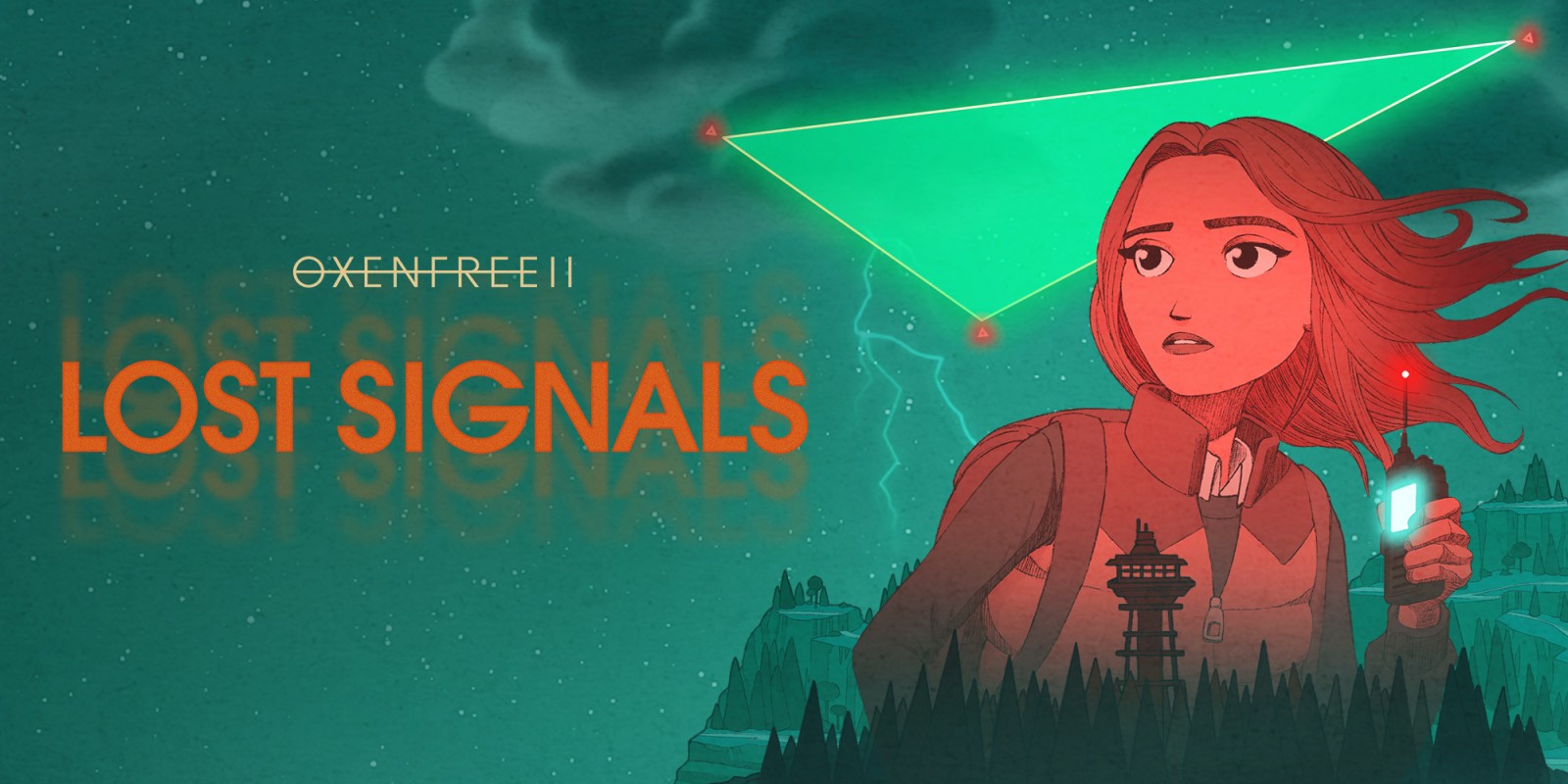 The new year has only just started and there’s already a host of new indie games to look forward to, including Sea Of Stars and Oxenfree 2.

With many major releases having been delayed, 2021 became an opportunity for smaller developers to steal the spotlight. Games from Inscryption, to Loop Hero and Chicory: A Colorful Tale were amongst the year’s very best video games and all from developers most people have never heard of.

It’s difficult to compile a list of promising indie titles because lightning can strike at any time. Nobody expected Before Your Eyes to shatter hearts or a game about Unpacking to become a legitimate contender in end-of-year talks. As such, this list only represents a small picture of the indie landscape in 2022, a fact that’s even more exciting considering what’s already known.

If you’re after a sketch of what’s to come, we’ve laid out the indie games guaranteed to cause some conversation in the coming year, either because they’re a sequel, they lean hard into nostalgia, or because they generally look a bit fantastic.

This ambitious sequel pushes OlliOlli into a fully 3D environment, as you skateboard around the vivid world of Radlandia and discover the mystical skate gods on the quest for Gnarvana. Yes, it’s all slightly tongue-in-cheek.

Previous OlliOlli titles have blended stylish visuals and complex mechanics, but this instalment looks like a grand step towards establishing the franchise as a true skateboarding powerhouse.

Control a stray cat looking for their family in a world populated by robots. Oh, and there’s a drone companion too, who helps communicate with the mechanical citizens.

Aside from the instant meme-appeal of its fluffy protagonist, this adventure game from BlueTwelve Studio is visually one of the most impressive games on the horizon. We just hope the city itself allows for ample amounts of exploration and discovery.

Loved Streets Of Rage 4? You’ll want to try River City Girls, a similar style of beat ’em-up and a spin-off from the original series that helped create the genre (known variously as River City Ransom, Street Gangs, and Downtown Nekketsu Monogatari – depending on what part of the world you’re in).

This sequel, starring the original protagonists’ girlfriends, adds more playable characters (six in total) and two-player online co-op, along with a new soundtrack from original composer Megan McDuffee. As ever with WayForward, the pixel art graphics look excellent and despite is cutesy graphics the original had a surprising amount of depth.

Combine Life Is Strange, Night In The Woods, and dinosaurs, and you’ll probably have something resembling Goodbye Volcano High. This narrative-driven adventure centres on a group of senior anthropomorphic dinosaurs in their final year of high school.

Some might squirm over the amplified teenage angst, but the visuals and storytelling show considerable ambition. The cast is led by Lachlan Watson from Netflix’s Chilling Adventures Of Sabrina, who voices non-binary character Fang.

Created by Tribute Games (formed of ex-Ubisoft employees who worked on Scott Pilgrim Vs. The World: The Game), this revival of Konami’s old Teenage Mutant Ninja Turtles coin-op series returns to the beat ‘em-up origins which made it a 1990s arcade staple.

With local or online multiplayer for up to four players, along with a playable April O’Neil, there might be no greater dose of nostalgia scheduled for 2022.

Ever wanted a roguelike game wrapped around golf mechanics? Of course you didn’t, but that doesn’t mean there isn’t merit to the madness.

Developed by Chuhai Labs, you play as a gold champion trapped in Golf Purgatory. To make your escape, you have to venture through 18 dungeon-like holes across four biomes. Special ace cards allow you to pull off special shots to assist in your escape, with the game promising to play a proper game of golf despite the surreal setting.

Showcased recently in Sony’s State Of Play presentation, this steampunk-inspired action adventure blends role-playing and survival mechanics as you explore an open world filled with monsters and supernatural occurrences.

The biggest selling point? It’s hard not to be impressed by the visuals and atmosphere, fitting somewhere between gothic dollhouse and a futuristic dystopia reminiscent of Dishonored.

Five years after the original release, developer Night School Studio announced the existence of a sequel to Oxenfree – a supernatural narrative-driven adventure where your dialogue choices shape the fate of the characters.

Judging by the trailer, the sequel looks set to amplify the ominous dread as you return to the same town of Camena with new protagonist Riley.

Inspired by The Legend Of Zelda, Tunic is an isometric action adventure title where you control an anthropomorphic fox exploring various dungeons and puzzles.

The game itself is designed entirely by one person, Andrew Shouldice, who has been working on the project since 2015. Even with the Zelda inspired structure, the clever combat mechanics and stellar enemy design might be the biggest surprise here.

The highlight of the most recent Indie World presentation, Sea Of Stars is a turn-based role-playing game inspired by genre classic Chrono Trigger and which even features music from that game’s composer, Yasunori Mitsuda.

It’s also set in the same universe as developer Sabotage Studio’s previous (and excellent) game The Messenger, as hinted at by the similar moon-lit backdrop of the title poster.

A classic whodunnit murder mystery with a comic twist, Loco Motive is a point ‘n’ click adventure set aboard the Reuss Express, with charming, pixelated visuals.

The game is developed by UK indie team Robust Games, with co-founder Adam Riches having previously worked as an animator on Wargroove, Starbound, and Witchbrook.

A sequel to 2017’s Slime Rancher will be released in early access next year, which features original protagonist Beatrix LeBeau as she explores a new Rainbow Island (no, not THE Rainbow Islands).

The original garnered a cult following for its cutesy visuals and relaxing monster-farming gameplay, so we’re hoping this sequel will offer some extra mechanical layers to keep repetition at bay.

From the studio behind Absolver comes Sifu, a third-person beat ‘em-up where you control a Kung-Fu student in intense hand-to-hand combat sequences reminiscent of films like The Raid.

The most interesting aspect might be the resurrection mechanic; where you age every time you die, causing your strikes to be more powerful but your health to decrease. With a release date just around the corner, this has a shot at being the first big indie title of 2022.

If you found Ghost Of Tsushima wasn’t Kurosawa enough, Trek To Yomi might scratch your samurai itch with its sharp black and white aesthetic.

The game is a collaboration between Leonard Menchiari and studio Flying Wild Hog, who are also working on upcoming demon-filled cowboy title Evil West. Samurai themed games haven’t previously been considered mainstream but if Trek To Yomi can become a hit as well as Ghost Of Tsushima then that may quickly change.

Released in early access in October, Darkest Dungeon 2 makes some notable changes from the beloved original – with relationship systems, new 3D graphics, and a different campaign structure which feels, at the outset, smaller in scope.

The changes might have received a mixed response from fans at this early stage, but there’s still time for Red Hook Games to modify and tweak their new vision. After all, the original had a full year in early access before its final release – and long before any console versions were announced – and that turned out great.