The Elder Scrolls Online is the best it's ever been—in 2022 alone, we got High Isle and the game finally continued the story of the Three Banner’s War, while also introducing a tabletop card game to rival Gwent. Before that, we had Blackwood, which added companions that make solo questing even more fun. Go back another year again, and we had Greymoor, implementing excavations which let you travel all across Tamriel to hunt for treasure. ESO has continued to keep things fresh year in and year out, constantly adding new ways to play so that it doesn’t feel like you’re in the same sandbox as eight years ago. 2023 looks set to be even better.

Speaking to the community in a blog post, Zenimax states it’s developing a full-feature expansion set to launch in June that will be a “return to larger/better and more detailed chapters”, a long-awaited return to form. While I’ve enjoyed the split-expansion approach of having a bigger zone followed by a dungeon or two and then a smaller zone, they are far less expansive as Morrowind, Wrothgar, and the Summerset Isles, all of which boast better stories, even if they aren’t as well laid out.

ESO has learned a lot, with High Isle sporting some of the best cities in Tamriel, not only across ESO, but across the whole TES series. Its capital is reminiscent of Game of Thrones’ Iron Bank, with a giant statue lurking just off shore in the waters, and traversing the city is more intuitive than ever, despite its size. Greymoor’s Blackreach was a similarly huge leap from the game’s previous work, introducing rustic underground mining settlements wedged between the caverns among the Dwemer ruins, spinning the familiarity of Skyrim into something unique. 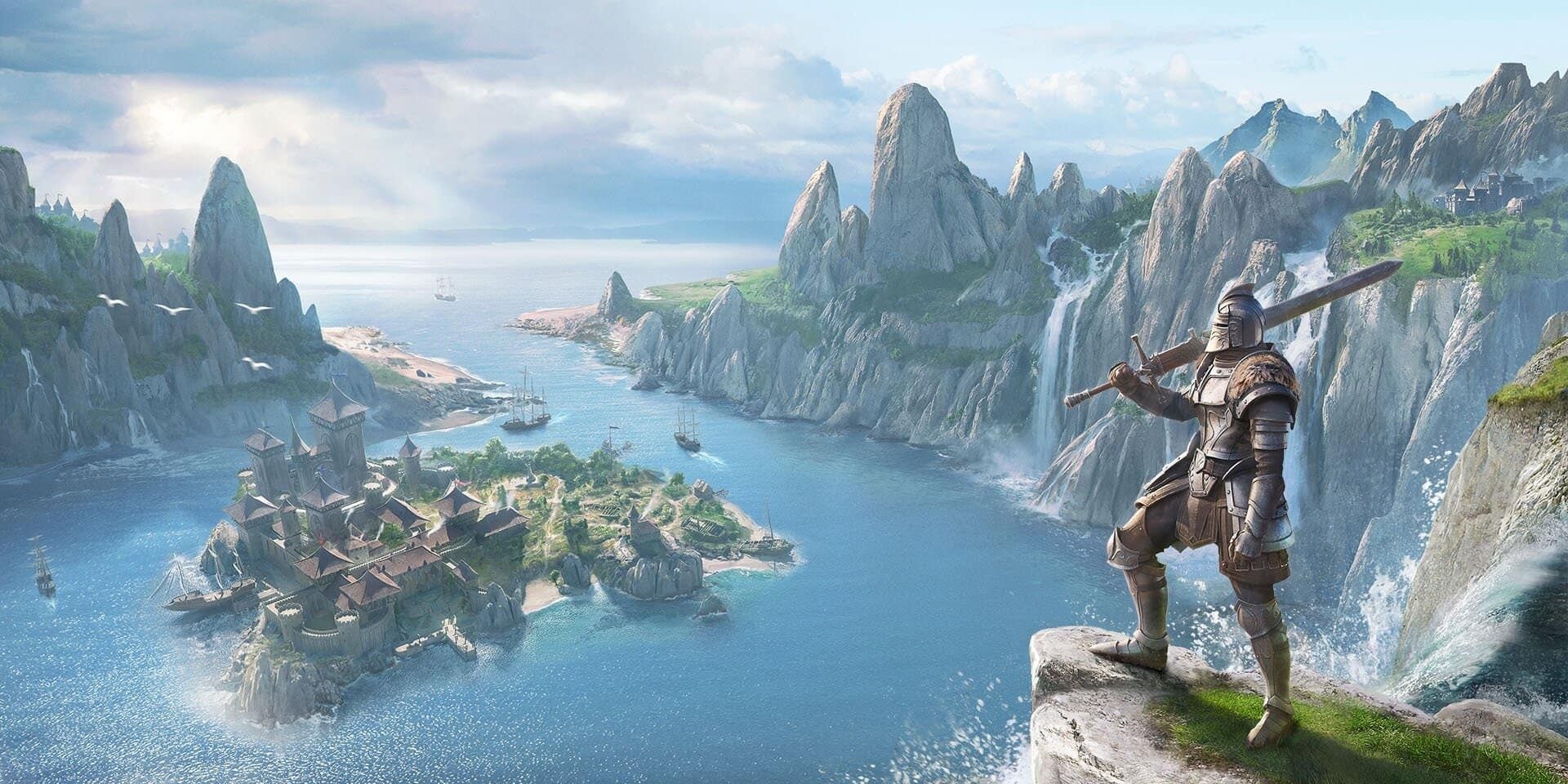 Zenimax has come a long way since those giant, World of Warcraft-style expansions, and to see it return to that approach after four years is unbelievably exciting. It could finally fill the gaps in Skyrim, complete Black Marsh, or take us somewhere else entirely, like a Daedric plane, Akavir, or somewhere wholly original, all with the learned knowledge to make those locales pop like never before. It’s no secret that Morrowind is the best designed of the old expansions, and that’s because a lot of it is based on an existing game, but now we could see stories that rival those old expansions with the more intricate designs of its modern chapters.

That’s only the start of the year. In Q4 2023, Zenimax has a “new system” that it will unveil, something currently in the concept and design phase. I’m probably shooting myself in the foot and getting my hopes up, but it would be amazing if this new system was a new weapon class, something that has never been done before in ESO. The fan-favourite pick is spears, but I’d take anything at this point. For eight years, we’ve been juggling staffs, bows, swords, and shields, and so a new weapon type could give ESO another push to help it keep momentum. Knowing Zenimax, this new system could be anything, and whatever it ends up being, I’ve no doubt I’ll be hooked from the gate. Even though I’ve started playing ESO less and less with new releases like Marvel’s Midnight Suns and Pentiment taking up my time, I find myself returning just to play a few rounds of Tales of Tribute, a similar “new system”.

The one thing that screams out to me from all these blog posts and updates is that Zenimax is still passionate about ESO’s future, and after years of feedback, it’s taking on community concerns to make 2023 not only a return to form, but the biggest leap in its history since 2015’s huge overhaul and rebrand with Tamriel Unlimited.