Citizen Sleeper is a truly terrific sci-fi RPG that blends captivating narratives with compelling dice-based gameplay. Basically, it’s the next indie darling, and we all love an indie darling. Its gorgeous visuals complement its laid-back atmosphere while the complexity of its overarching story offers players a refreshing sense of nuance.

But you already know that. What we all want are games that are like Citizen Sleeper, because, let’s be honest, we played and finished it the day it came out. So, for those frantically searching “Please Google, I need more Citizen Sleeper in my life”, we’ve got you covered. 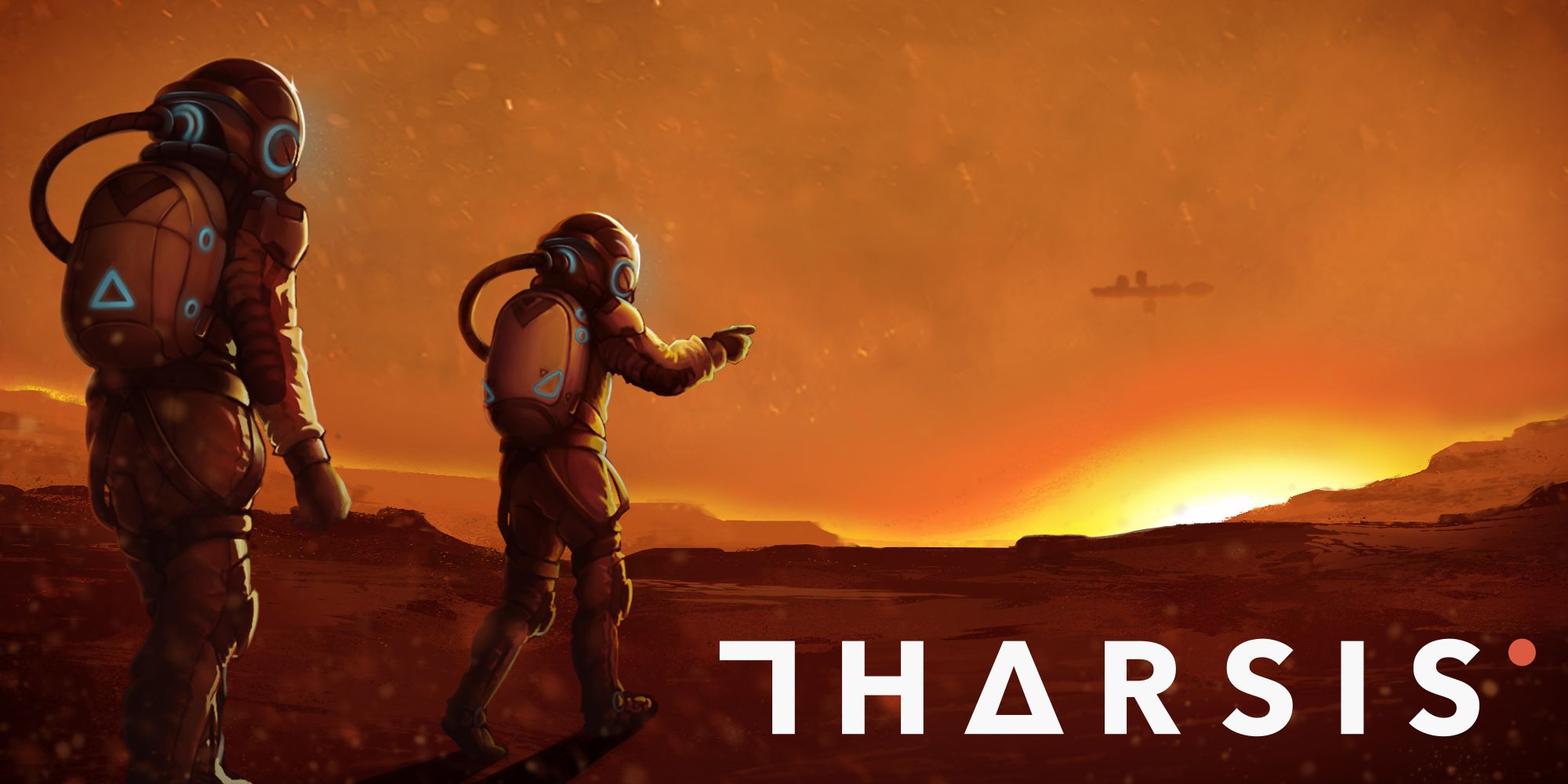 Tharsis feels like the original Citizen Sleeper. It’s not quite as ambitious, doesn’t feature the same gorgeous artwork, and was made by an entirely different development team. However, it sort of did the whole 'being on a space station and using randomly generated dice to help you get through tough situations' first. In Tharsis, you’re in charge of ensuring the safety and survival of a crew of astronauts – and it won’t be easy.

Every decision is tied to RNG, with tough choices requiring certain dice rolls to complete. Fail to do something, and you’ll suffer incredibly dire consequences. However, it’s not all doom and gloom. Well, mostly. Tharsis is tough as nails, but it’s incredibly enjoyable. Doing what you can and adapting to difficult situations is what ultimately makes it such a satisfying and – hopefully – rewarding experience. Sure, it doesn’t have the same quality or even level of narrative that Citizen Sleeper does, but its gameplay is similar enough that fans will certainly get a kick out of it. 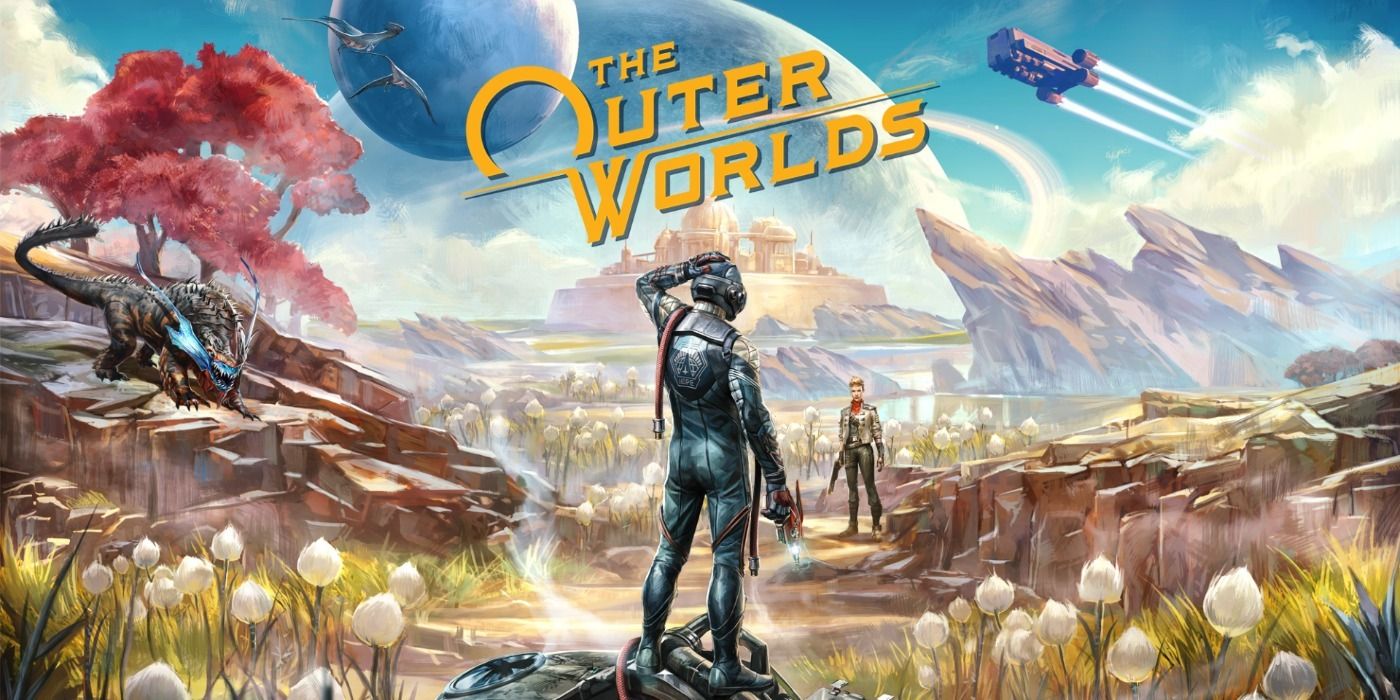 The Outer Worlds is a fairly robust narrative-driven RPG from the folks that made Fallout New Vegas. It’s full of tough choices, bleak sci-fi worlds lathered in a layer of satire, and fun explosive combat that makes lasers seem exciting again.

But how on earth is this first-person shooter at all like Citizen Sleeper? Well, mainly in the story department. Both games focus on a universe in the far-flung future that has been ruined by corporations. They both involve a charismatic cast of characters just doing their best to get by, and they both include difficult choices that will greatly shape your entire experience. Sure, one has you shoot bad guys while the other sees you work at a bar. But the core narrative-focused experience remains mostly the same across both games. 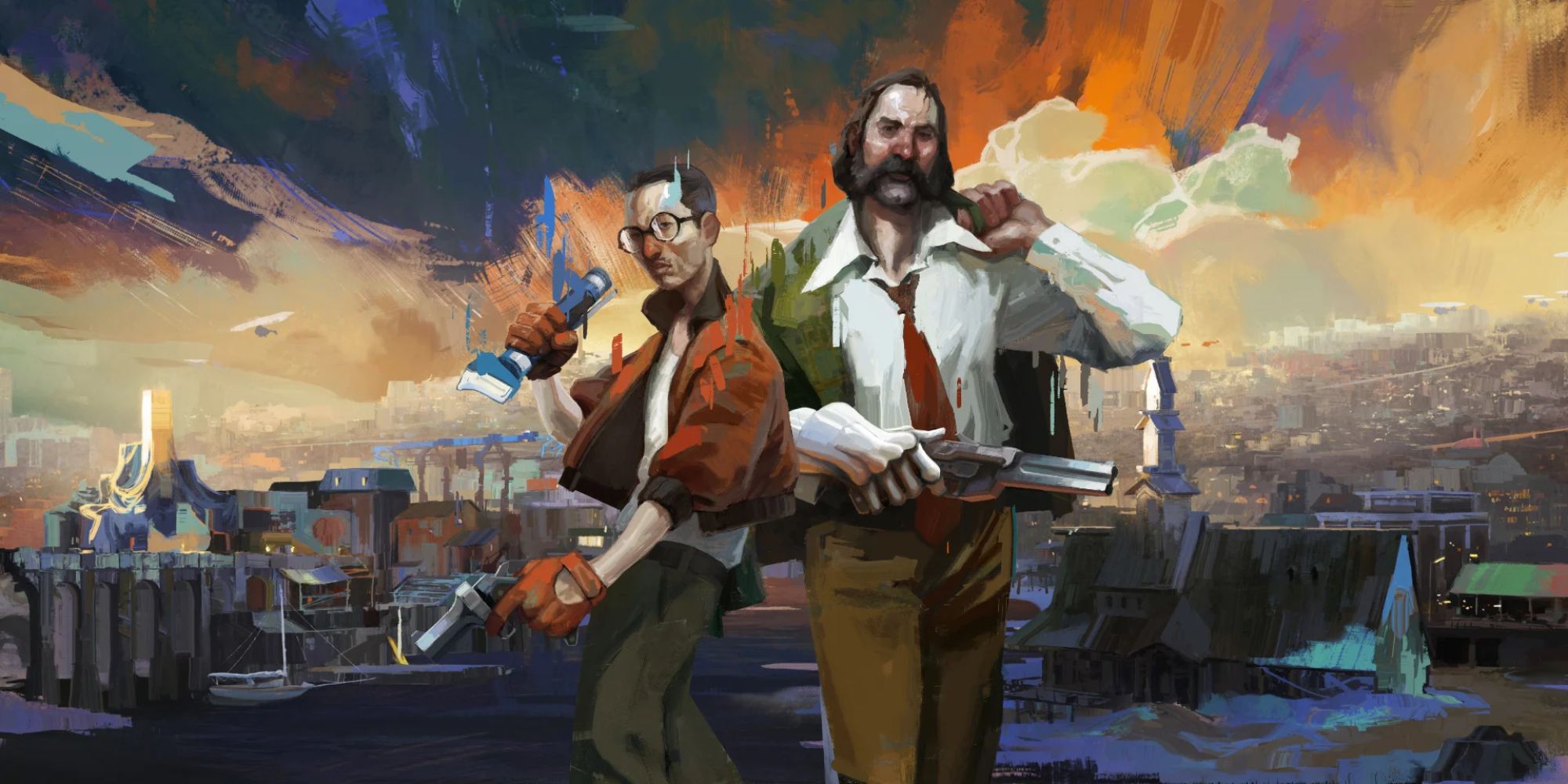 Time to add even more to that backlog of games you need to play, because Disco Elysium is here – the game that feels like it’s on everyone’s list of “I’ll absolutely play this later” just under “sit and contemplate my existence instead of playing video games.” However, if you’ve played Citizen Sleeper and loved it, then it might be about time to finally dive into this surreal detective mystery.

Disco Elysium is far more complex and text-heavy than Citizen Sleeper. However, it retains a lot of the same thematic and narrative elements that make it so special. You’ll explore grungy sci-fi locations, encounter a colorful cast of characters, and have a ton of RPG elements to engage with. Frankly, Disco Elysium is an incredibly overwhelming yet exciting RPG that’s unlike anything you’ll have played before. Yes, that seems counterintuitive to it being an entry in this list, but don’t let that scare you away. While it is an entirely unique experience, it does offer a similar atmosphere, tone, and themes to Citizen Sleeper. 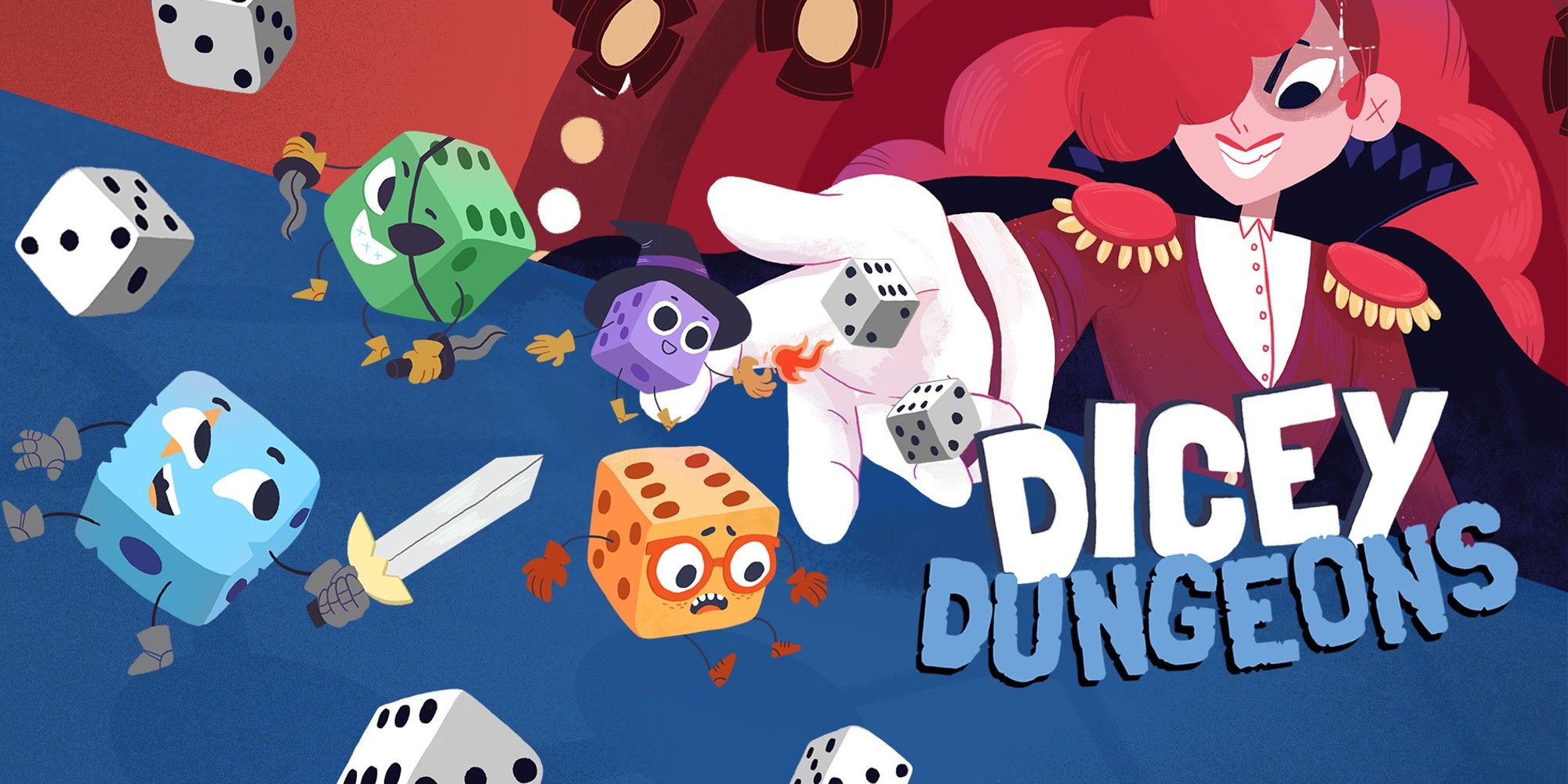 Who doesn’t love dice? They’re fun to toss around, you rarely get a six – which makes getting one all the sweeter – and there’s something oddly satisfying about their visual design. So, it only makes sense that a game would be made that entirely revolves around them. That’s right, we’re talking about the gorgeous, extremely captivating, and ridiculously fun Dicey Dungeons.

Dicey Dungeons is a fast-paced roguelike with deck-building elements. You’ll fight off all kinds of monsters in this quirky little adventure title. Of course, the entire thing is built around the randomness of dice. This definitely enhances the roguelike experience, which is an inherently randomized genre. While Dicey Dungeon may not be as narratively impressive as Citizen Sleeper – frankly it has barely got a story – its gameplay is similar enough that fans will find something to enjoy here. After all, it is easily one of the best roguelikes on the Nintendo Switch. What's not to love? 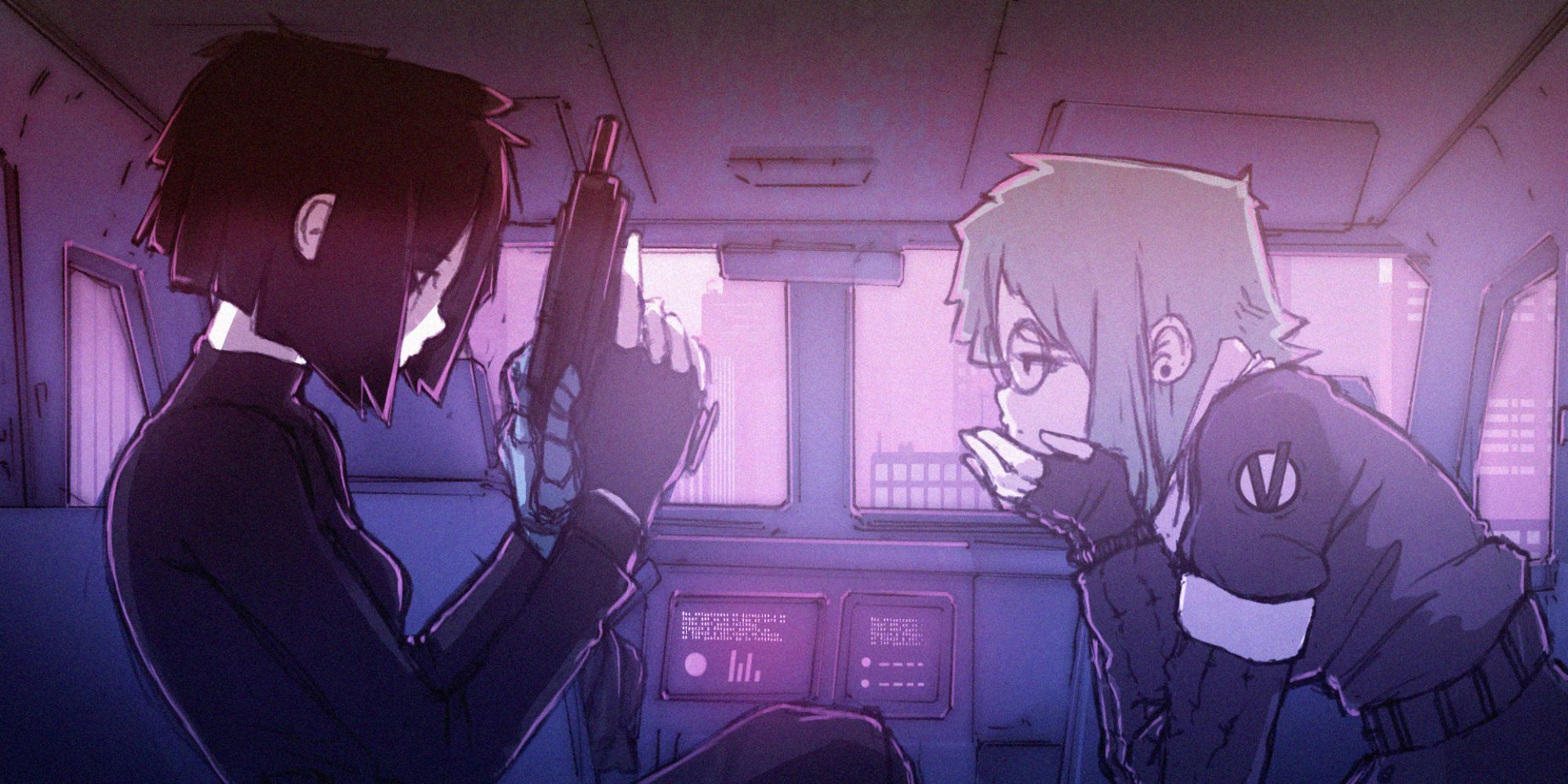 If you’re a fan of visual novels and of Citizen Sleeper’s themes of AI, then you’ll absolutely love Synergia. It features gorgeous artwork – not unlike Citizen Sleeper – a phenomenal cyberpunk soundtrack, and occasionally fantastic writing. It is a detailed and oftentimes engaging visual novel that won’t take you too long to see to the end.

Sure, it lacks the exciting gameplay of Citizen Sleeper. However, it more than makes up for it through meaningful choices. Like any good visual novel worth its salt, Synergia is filled to the brim with impactful moments that will greatly alter the course of your adventure. Additionally, thanks to a great cast of characters, immersing yourself within its futuristic, Ghost-In-The-Shell-esque world won’t be difficult.