50 Cent: Blood on the Sand was an undeniable product of its time. The third-person shooter from Swordfish Studios and THQ was loud, crass, vulgar, and rather offensive in how it depicts Curtis Jackson invading an unnamed Middle Eastern country in search of a bitch who stole his crystal skull. It’s cool, they were playing a gig there beforehand.

Buildings were demolished, terrorists were gunned down, and civilians were caught in the crossfire of a conflict that was clearly riffing on real world politics at the time. It was laughably insensitive, but it never took itself seriously and was way better than it had any right to be. 13 years later, it might even be a hidden cult classic that deserved far more respect.

Or maybe not, because it’s both ridiculous and half-assed in ways that many shooters of the era tended to be, yet there’s something delightfully honest about its celebrity origins that make Blood on the Sand so damn hard to hate. In recent years it has become a meme of sorts, with hardcore fans repeating lines of dialogue and poking fun at the game’s absurdity whenever it comes up in conversation. I have friends who will still cry foul at the bitch who robbed them of their crystal skull when we’re drinking at parties, and I’m right there with them as we reminisce about a game from our teenage years that has aged so, so badly. 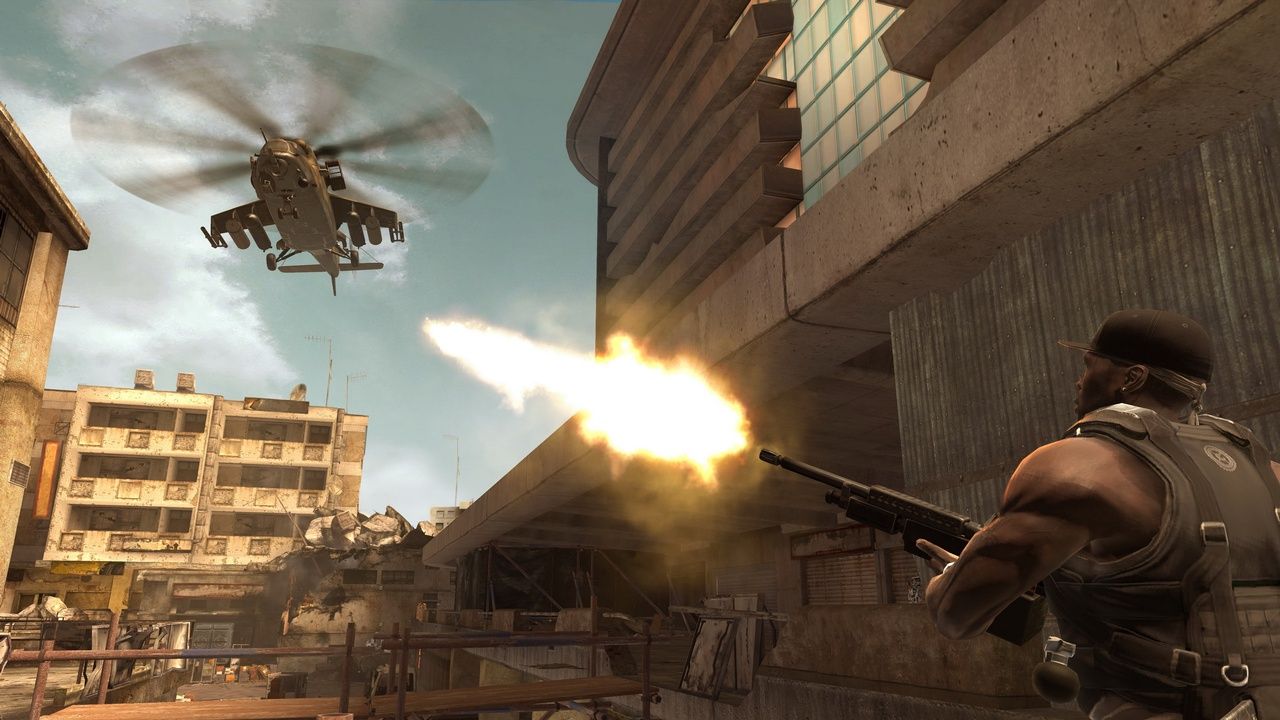 But I still love it, and wish there were more ways to play Blood on The Sand today that didn’t involve hunting down a physical copy. It’s backward compatible on current Xbox consoles, but requires a disc because the digital version was pulled years ago due to copyright issues. The soundtrack is just a repeating cycle of 50 Cent’s best tracks, using that in favour of an orchestral score because of course we want to be taking fools down to the tune of Candy Shop, In Da Club, and P.I.M.P. People say Nier Automata has the best video game soundtrack of all time, but I counter their argument with this masterpiece.

To put it simply – Blood on the Sand is a shameless Gears of War clone. 50 Cent Bulletproof, which released for PS2, Xbox and PSP back in 2005, came before third-person shooters had been completely reshaped by Epic Games’ masterpiece, and it also failed to learn similar lessons from contemporary classics like Resident Evil 4. It was a bad game, albeit a somewhat ambitious one with its celebrity cast that featured the likes of Eminem and Dr. Dre. The gunplay sucked, objectives were obtuse, and the narrative was unsure if it wanted to be a deep detective drama or a playful action blockbuster. Unlike its pseudo-sequel, I’m more than happy for this game to remain in the past where it belongs. 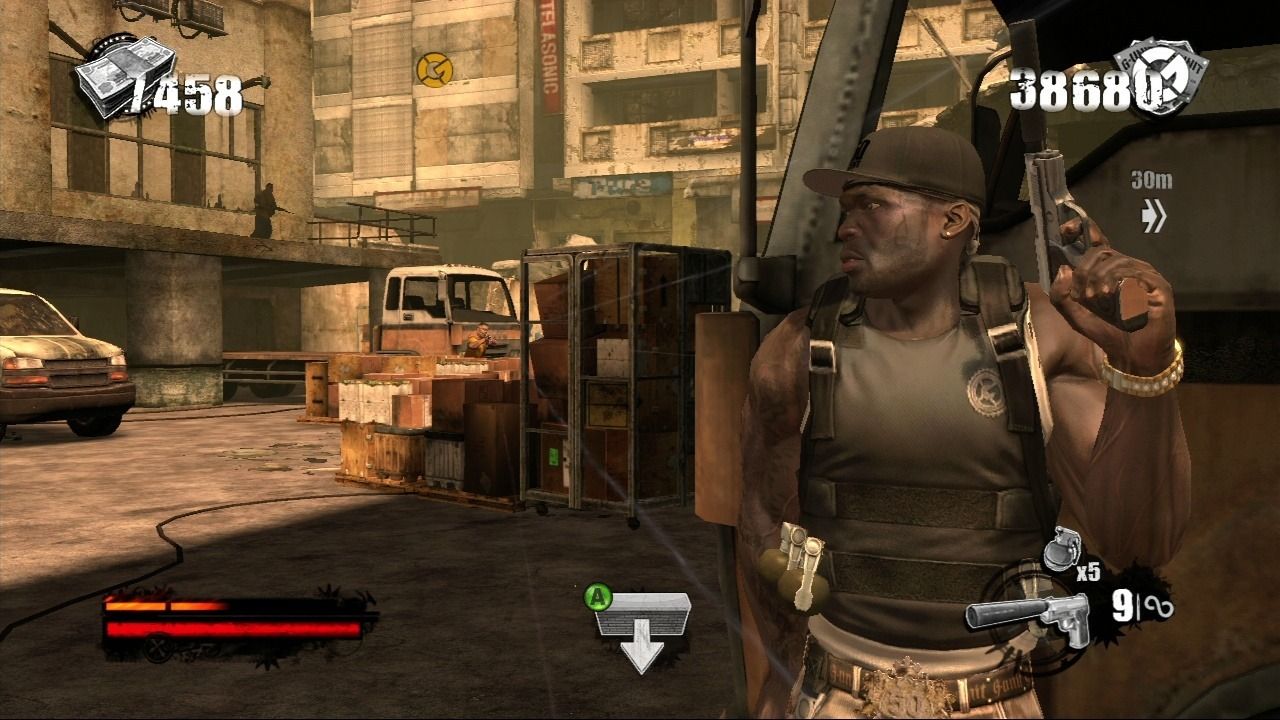 What followed was a much simpler game, with Blood on the Sand being short, sweet, and perfectly aware of what it wanted to be from the outset. Before starting the campaign you’re asked to pick a member of the G-Unit to accompany you, who will be around to help open doors, clamber up ledges, and man the turrets during moments of on-rails vehicle action. Fiddy himself only has a handful of firearms to choose from, although many of these can be upgraded through vendors alongside the addition of new melee attacks that are choreographed in a way to make him look like the baddest motherfucker on the planet.

You run through linear environments murdering enemies before the next cutscene triggers, with the level design becoming increasingly outlandish as the brief story mode hurtles towards its sudden conclusion. Dialogue is recorded with the charisma of someone who clearly has a bus to catch and would rather be anywhere else, but there’s something oddly charming about this monotone delivery in the midst of a satiristic warzone. It feels cliched to say it’s all deliberately terrible, because it isn’t, but a small group of fans were clearly drawn to this game because it didn’t give a shit about what people thought of it.

Ironically, critics were rather positive about Blood on the Sand and praised its fast pace and infectious tone, marking it as a clear improvement over Bulletproof because it recognised how absurd a 50 Cent game was in the first place. It was a commercial failure though, with Swordfish Studios closing shortly after its release with THQ following soon after. We don’t see licensed titles like this anywhere, with mid-tier shooters all but vanishing from the market because they either aren’t profitable or aren’t worth the resources when so many bigger fish are waiting to be fried.

The entire game is basically 50 Cent being angry because a bitch stole his crystal skull, and he’ll do anything to get it back even if it means tearing down a criminal empire and manifesting a warzone in the process. If that ain’t art, I dunno what is.