Not many people had heard of Live A Live before the announcement of its remake for the Nintendo Switch. Now that this gorgeous HD-2D remake of a once Japan-exclusive Super Famicom RPG has now released, many are experiencing this unique game for the first time.

Reception has been very positive, with many remarking how it remains a unique spin on the JRPG formula decades later. However, the game isn't perfect and still comes with its fair share of minor issues. While they don't ultimately ruin the game, they're still worth noting for those who are getting ready to tackle the various stories across time. 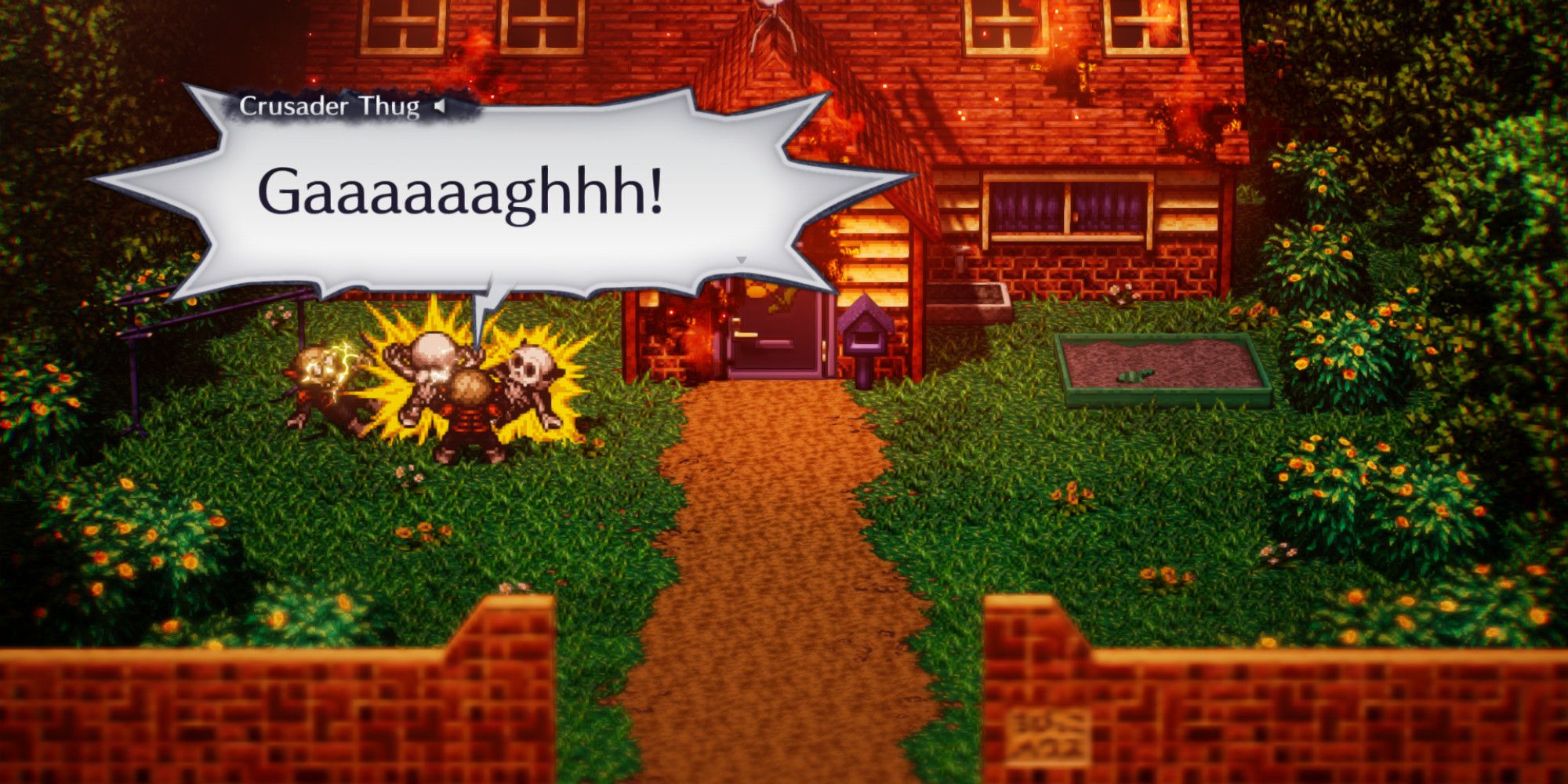 Live A Live has a lot of dialogue, but the remake has full voice acting to boot. Each story is given a new breath of fresh air by having each unique protagonist and their companions express themselves in a way not often seen in Super Famicom games.

While it doesn't reach the lows of Triangle Strategy, Live A Live's voice acting could use more tweaking to be excellent. While some characters fare better than others, there are different characters that will likely make you wish that not every piece of dialogue was fully voiced. 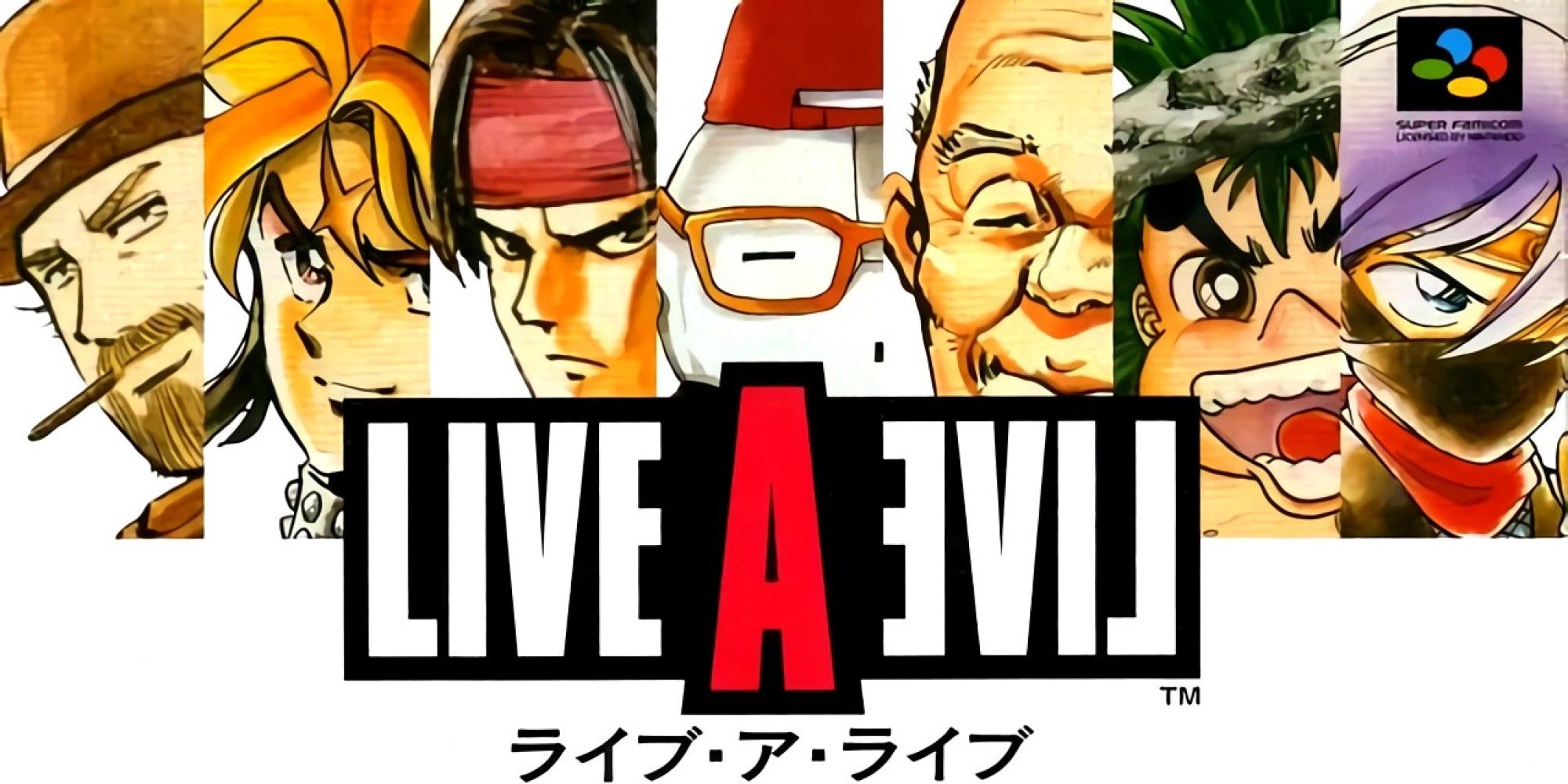 Live A Live was lost to time for decades. If people in the West wanted to play it, they would need to import a copy and understand Japanese, or download a fan translation and play it that way. As such, there is no way for people outside of Japan to fully experience the original game.

The remake would've been a great opportunity to include a playable version of the original as a reward for beating the game. The developers also could've done a similar approach to the Halo 2 Anniversary where a single button press would switch between the old and new graphics alike. 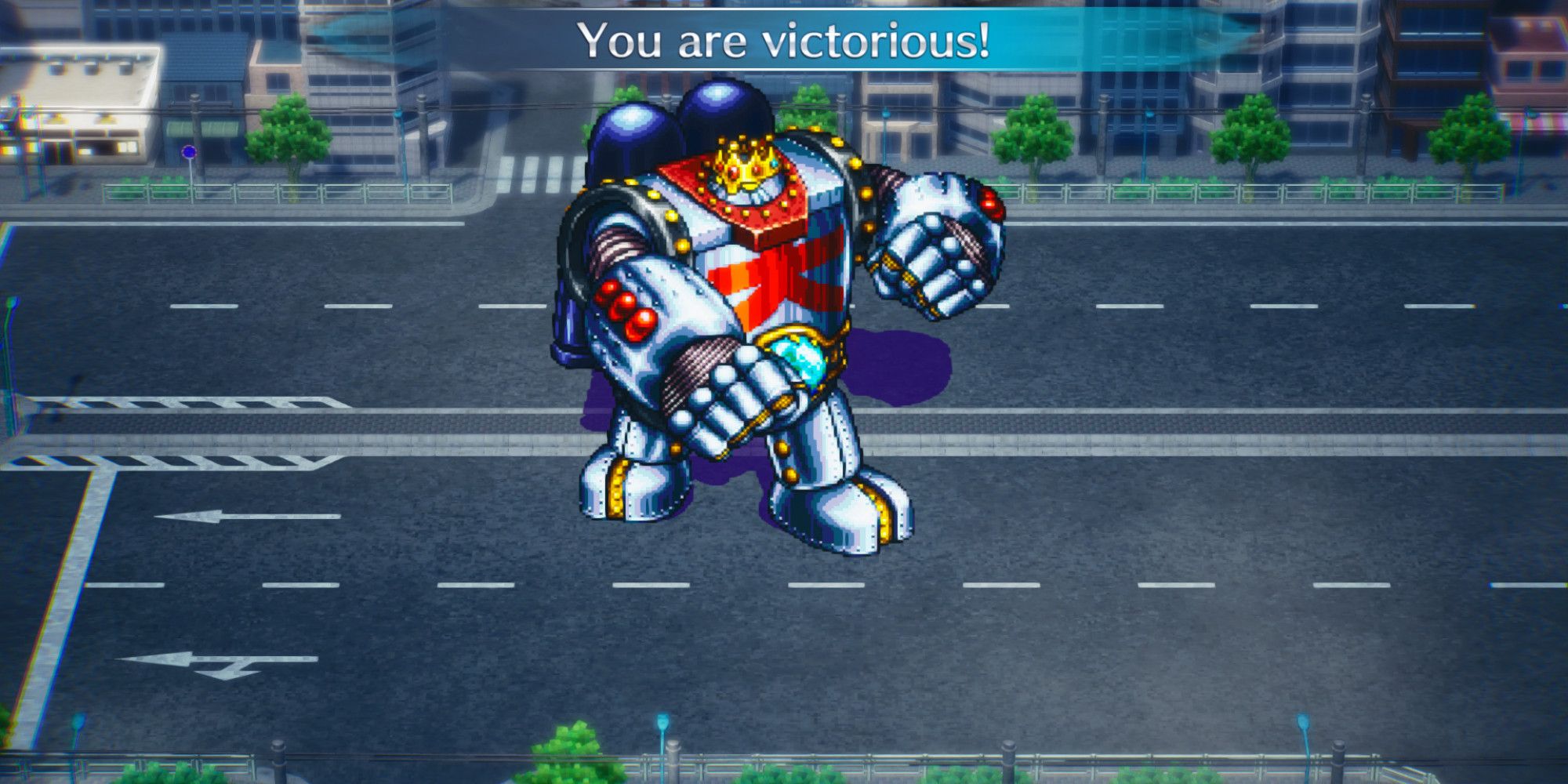 Live A Live features a unique battle system that has largely been unused in RPGs that came after it. Characters are on a grid and have bars that fill as others take a turn. Once the bar fills, then the character can act. However, certain moves require characters to charge their gauges once more to execute it.

It's not always clear when your party members will move and when the enemies will. The developers could've implemented a system similar to Final Fantasy 10 where a turn order display always showed who was going to act and in what order. Additionally, it would give you a preview of how the turn order would be affected by a potential action. Live A Live would strongly benefit from something like that. 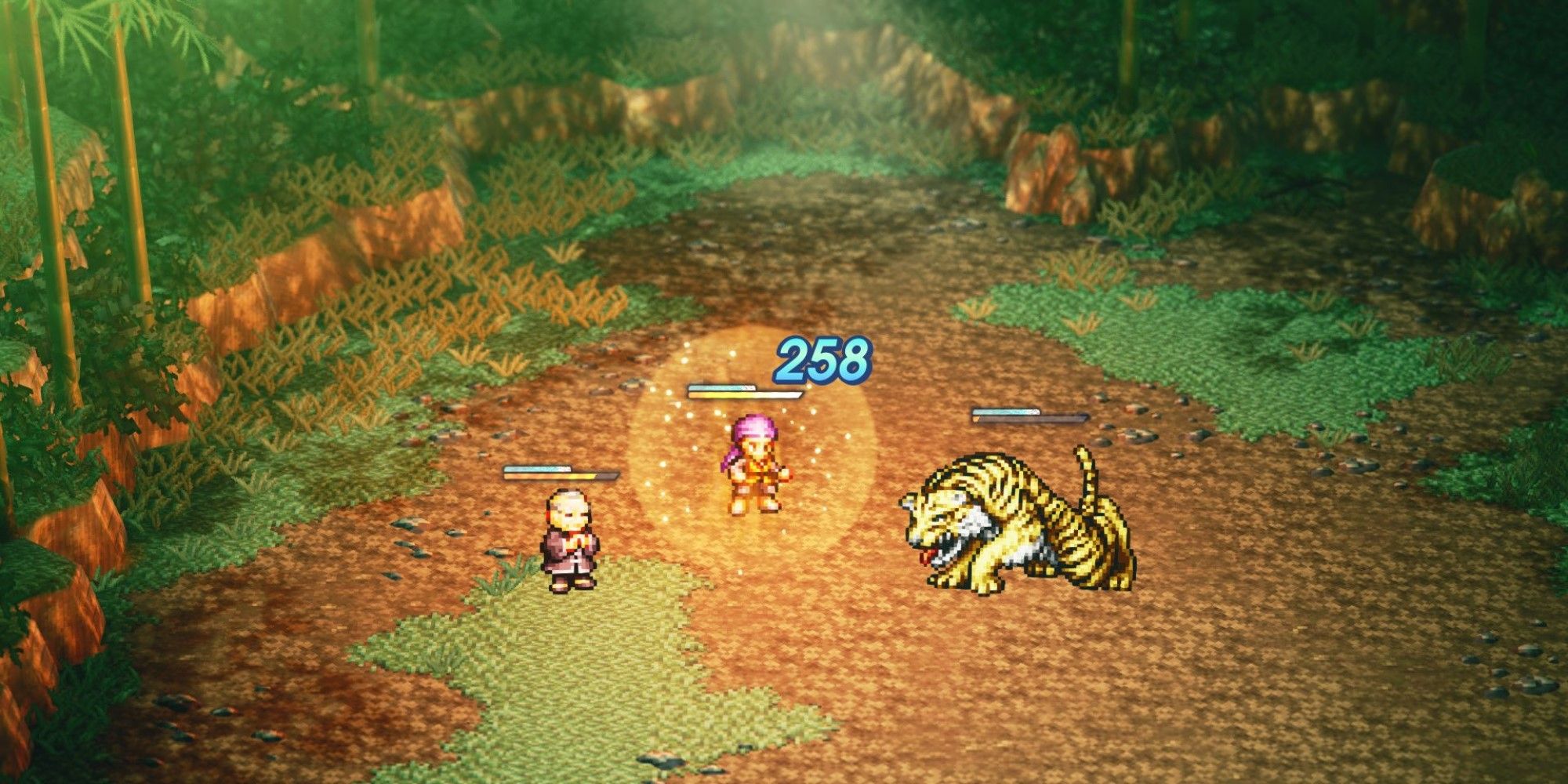 A lot of the chapters in Live A Live feature characters who have several abilities to deal damage. However, there aren't a lot of mechanical differences between certain abilities than how far they reach on the grid.

This means that it's easy to default to the most effective attack and spam it until you come out victorious. Perhaps more effort to diversify the attacks in the game would encourage you to try out different abilities and experiment with your strategy. 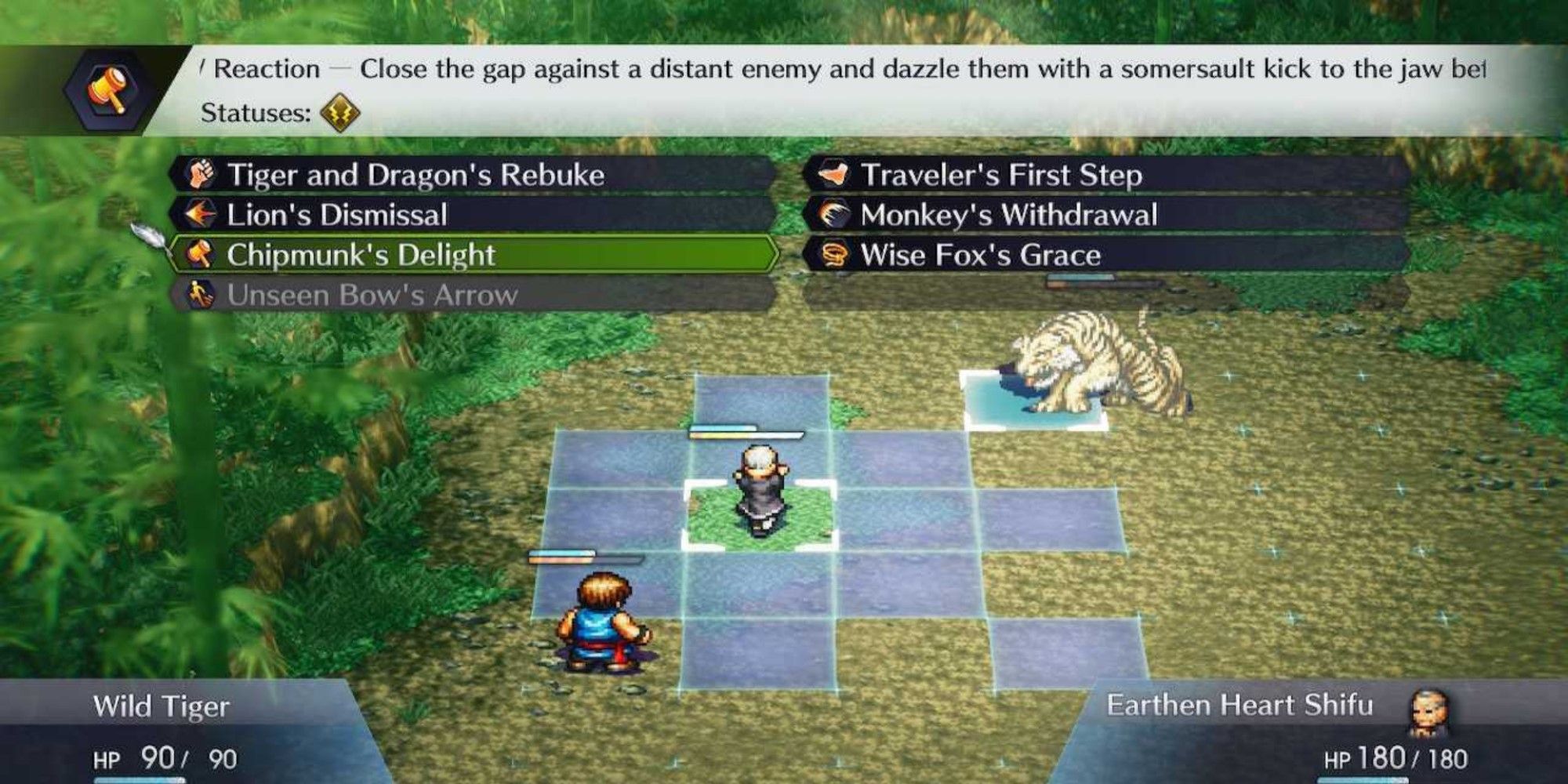 The many attacks in Live A Live can inflict several different status ailments. However, if you don't read the guides in the game (which are not mandatory), you likely won't understand what those effects are. Items will also grant you many buffs, but apart from showing icons, it's not always clear what those buffs do.

If moves that caused status effects also had explanations of those effects, it would make it easier to determine which attacks to use in a given situation. After all, stunning an enemy can make the difference between a victory and a crushing defeat. Furthermore, it would be easier to know how to counter enemy-inflicted status effects if you better understand how they affected your character. 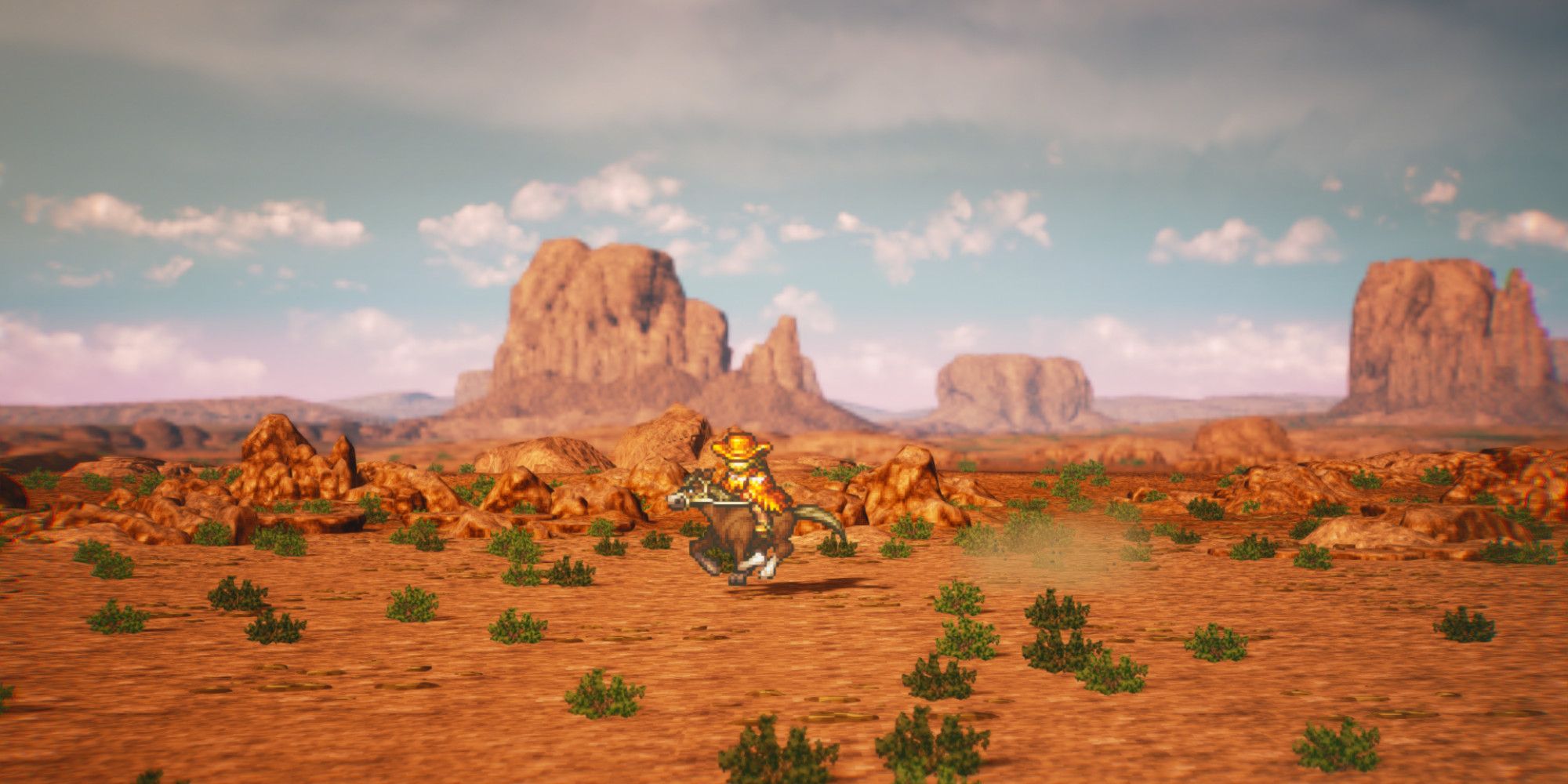 Unlike most RPGs, Live A Live doesn't feature a continuous story. Instead, it features multiple different stories in different time periods with different characters. Think of them as playable short stories. Despite the miniscule length, it's easy to get invested in the plot of each one.

However, they would often end a bit abruptly, leaving some questions unanswered at the end. Perhaps if there were longer epilogues, the stories would end in a more satisfying way. Did Cube ever set foot on the Earth? How did the Earthen Heart Shifu's student continue the legacy of the art? A lot of those loose ends could be tied with maybe a few lines, but an extra scene or two would go a long way. 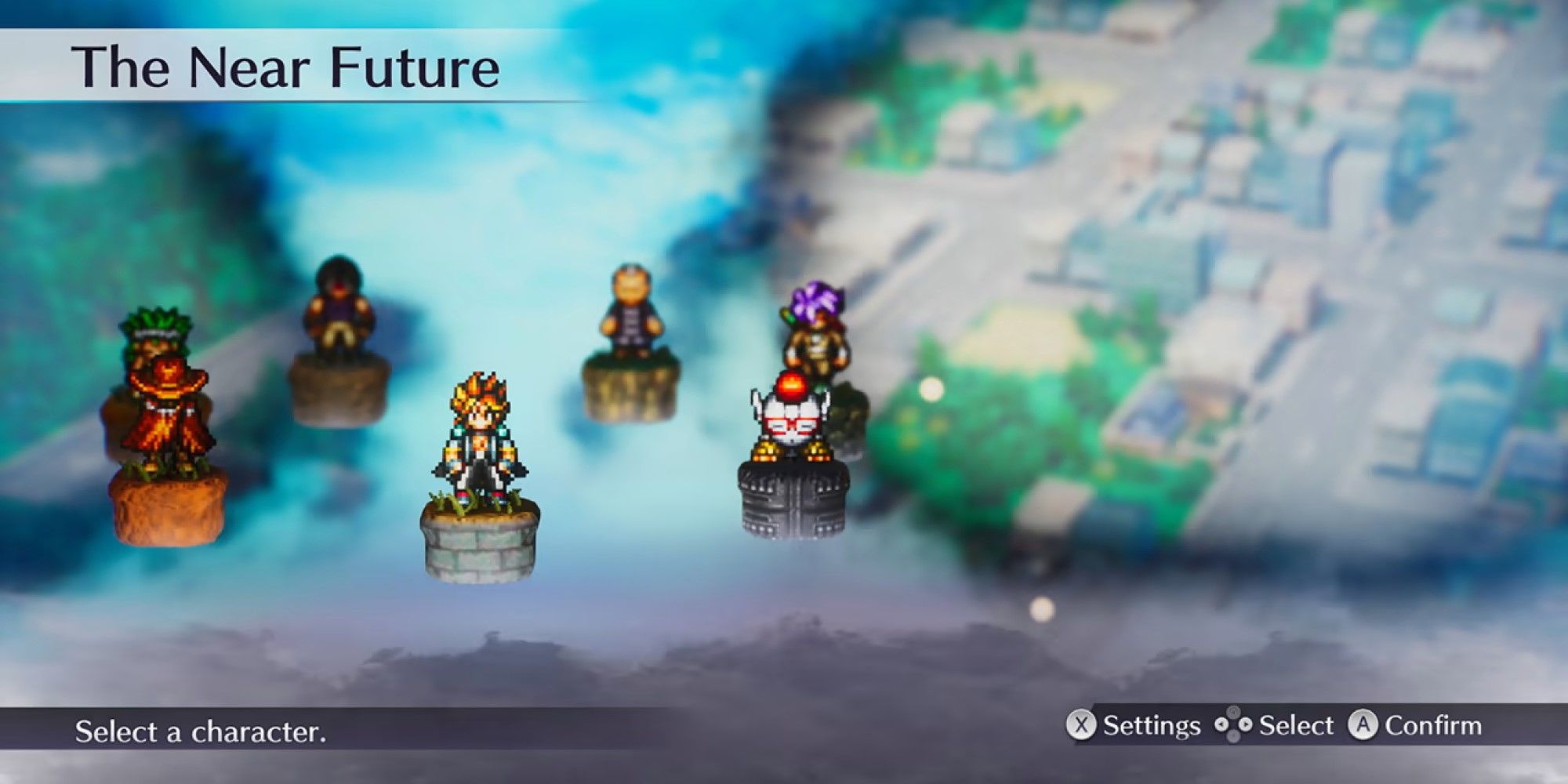 Most RPGs are a time sink. They feature lengthy stories with many side quests, twists, and story beats. While the investment can be daunting, it's usually worth it in the end for the payoff. Live A Live does feature something near the end that functions as a payoff, but it doesn't solidly connect the stories in a meaningful way.

This means, for many players, the ending can feel a bit awkward in the context of the game. Going through all the stories would feel more impactful if there was something that tied it all together. Chrono Trigger, Live A Live's spiritual successor, addressed this by having one cast of characters go through various timelines together. 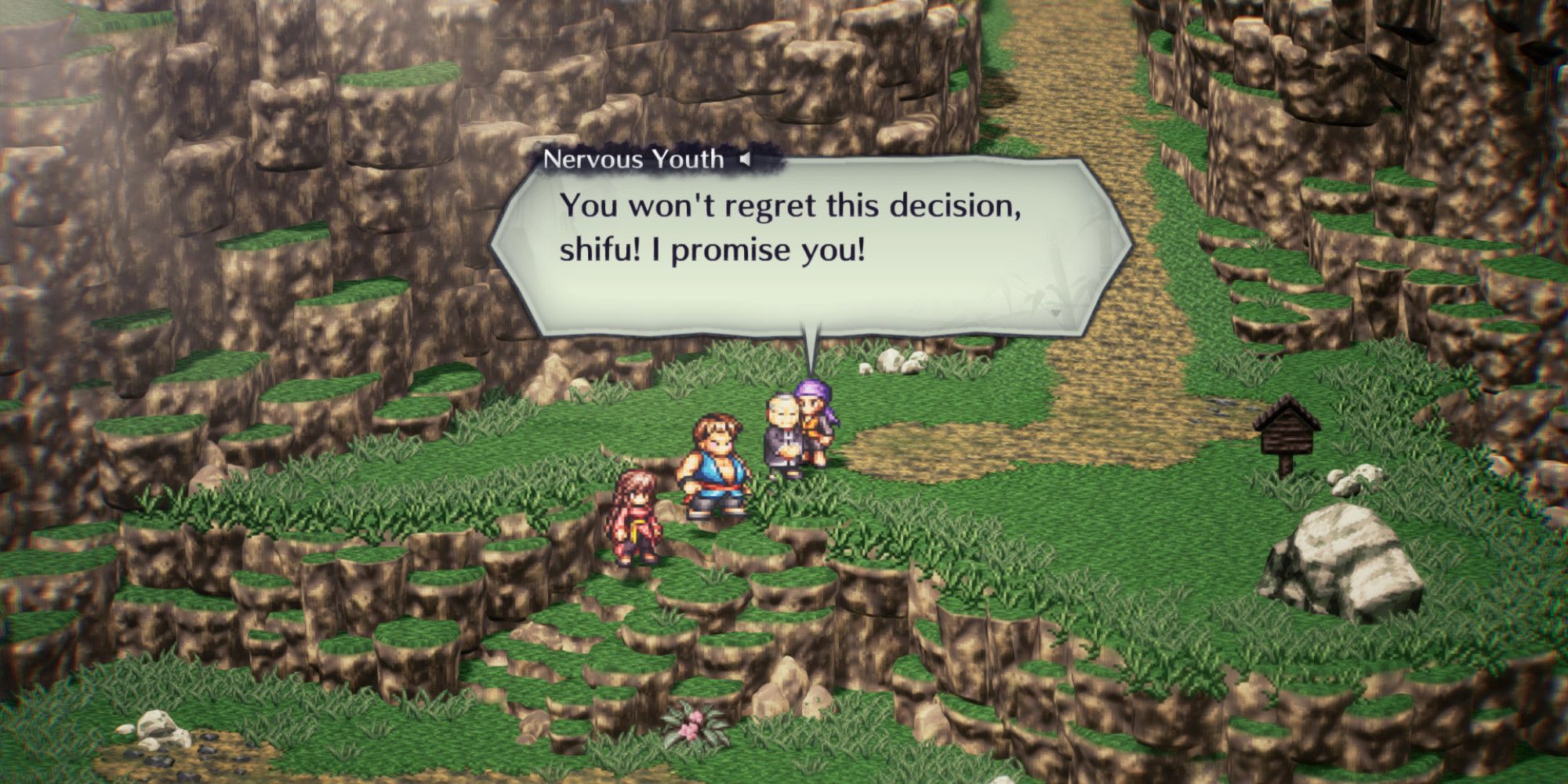 One of the selling points of Live A Live is that the various stories can play out differently depending on your actions and choices. While you won't see branching narratives on the scale of a Quantic Dream game, there are still several key changes that you can see. Imperial China has three different outcomes. The Twilight of Edo Japan is affected by how many lives you take.