A turn-based JRPG based on Eichiro Oda's One Piece manga series and its anime adaptation, One Piece Odyssey has provided a surprisingly pleasant experience for both older and newer fans due to its visual quality, tight combat, character variety, story, and more.

Despite being a vast improvement over previous single-player One Piece games, just like any game, especially those based on anime series, it's far from perfect, showing there's still plenty of room for improvement. One Piece Odyssey may have some great qualities, but it could become one of the best anime-based JRPGs of all time with a few tweaks. 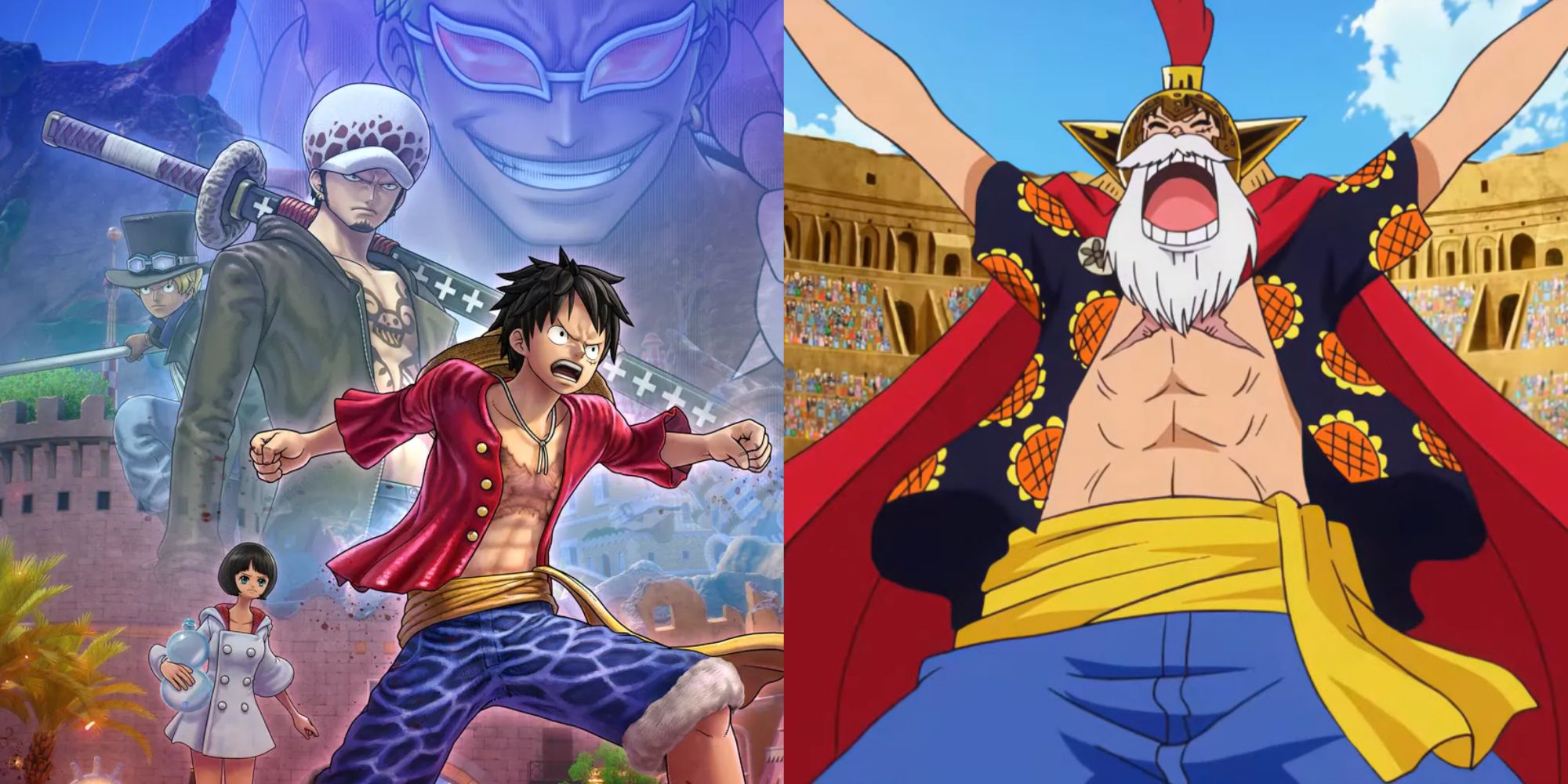 The Straw Hat Pirates change their outfits more often than characters in other Shonen Jump manga and anime series, so having more outfit options in Odyssey would help make the game feel like a better adaptation of the source material.

Because extra outfits are either pre-order bonuses or cost money, asking players to shell out extra cash for all the Straw Hat's arc appropriate outfits might be seen as a bit greedy. A way to circumvent this would be to make then unlockable within the game, being obtained only after a specific requirement has been met. 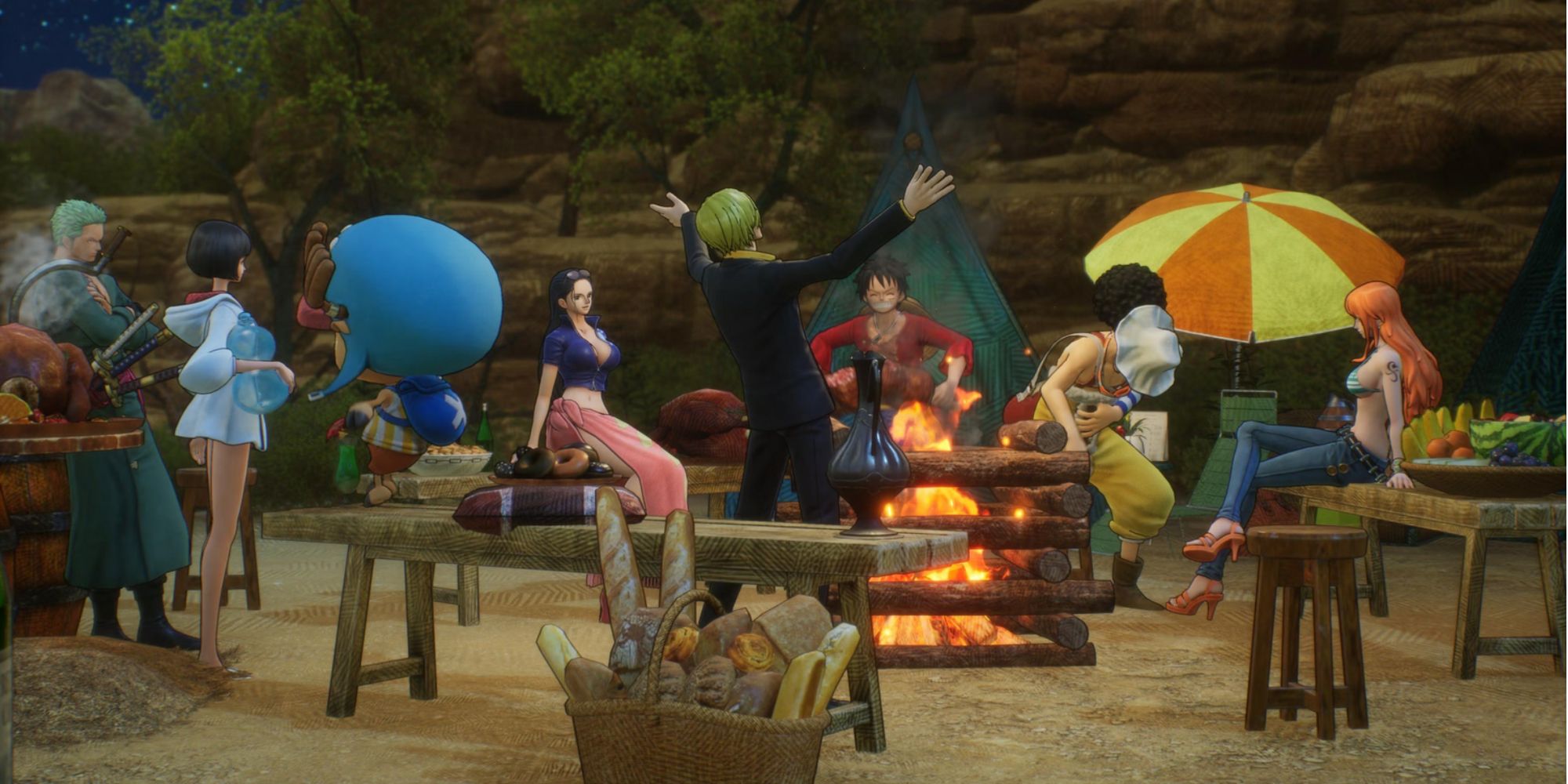 Odyssey may have more playable characters than One Piece World Seeker, with seven members of the Straw Hat Pirates available from the start and two waiting to be unlocked, but it would've been nice to have even more variety.

While it wouldn't have to have as many playable characters as Pirate Warriors 4, as that would be way too many for a turn-based JRPG, it could have all the Straw Hats playable from the start with the allies of the Ninja-Pirate-Mink-Samurai Alliance being characters that could be unlocked over time. Adding these characters could also make the game's placement in the series more believable. 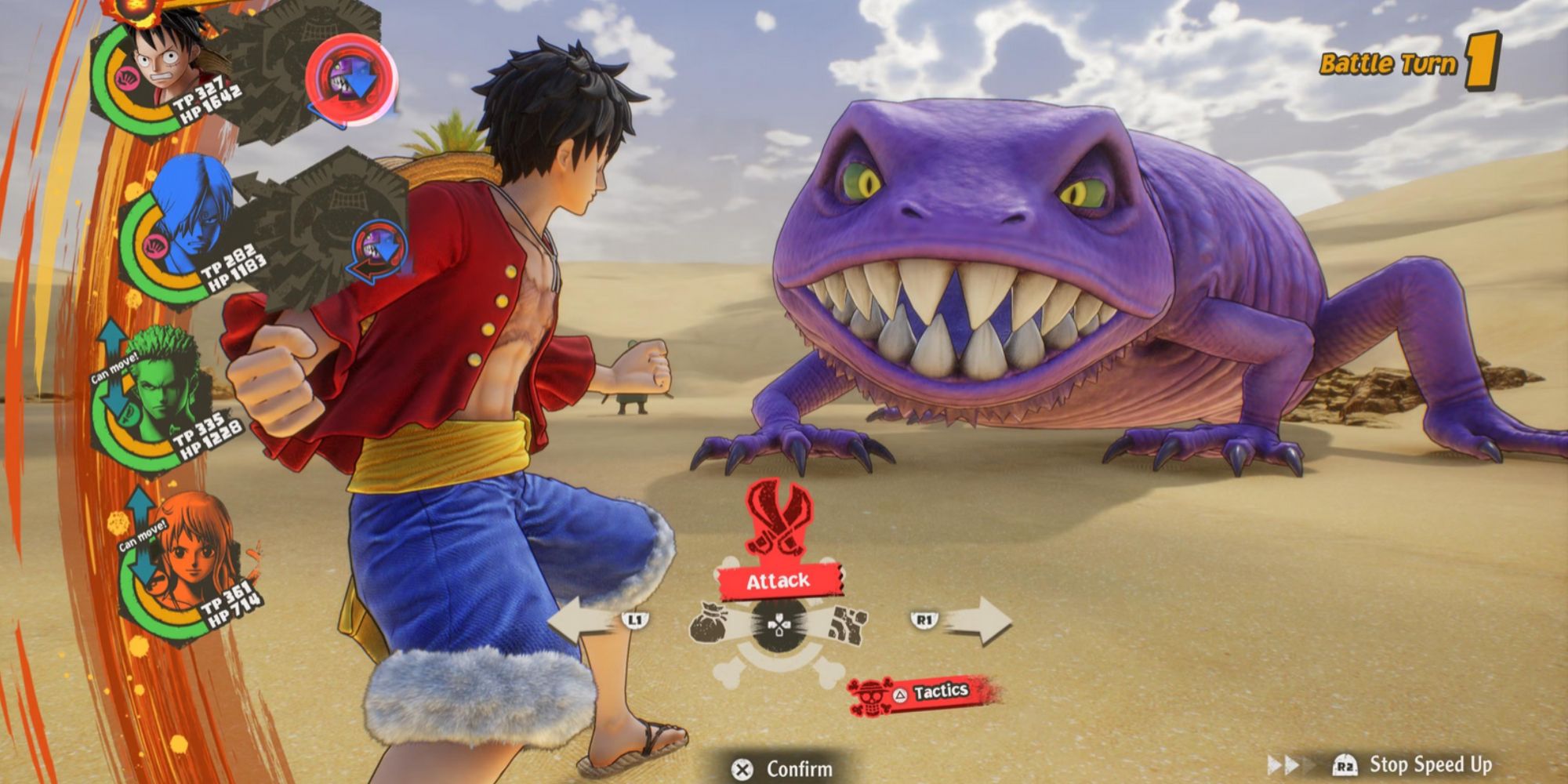 For some reason, Odyssey doesn't have any difficulty modes. Some players complain that it's too easy, but others have a hard time once they get a little into the second chapter. Better difficulty balance and separate difficulty modes could help solve this problem. 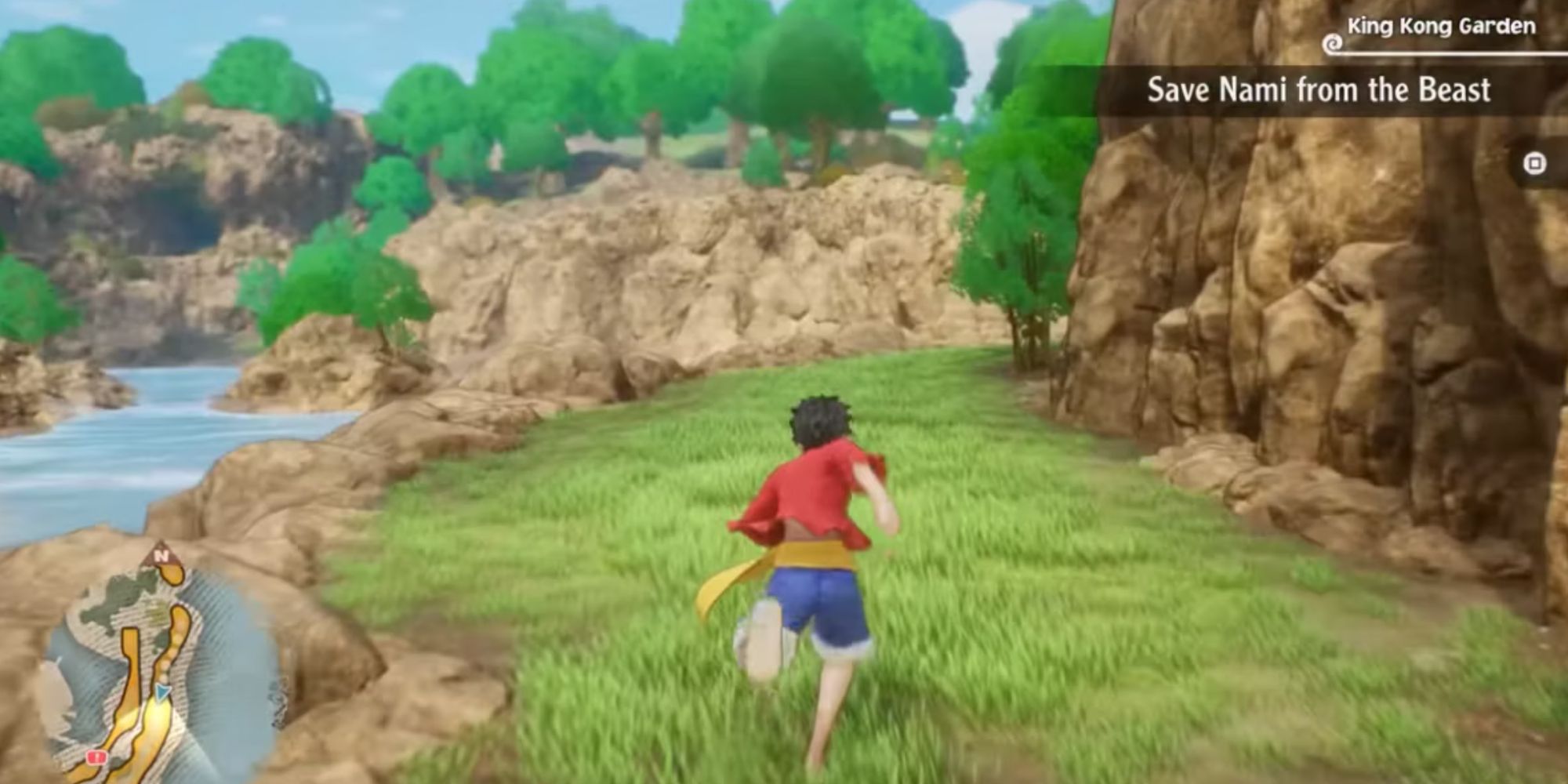 Odyssey may not be an open-world game, but each chapter has massive areas for the Straw Hat Pirates to trek through. Because many areas are separated by the chapters they're in, faster traversal seems like an afterthought despite how big these areas are.

One way to fix this would be to make character traversal speed faster since traversing each area still feels slower than necessary, even when auto-run is on. Another way would be to include mounts, as seen in World Seeker, since Chopper talks to a few animals anyway. Finally, save points could be used as fast travel points instead of Yoisa signs, as it would be better to have them as one object. 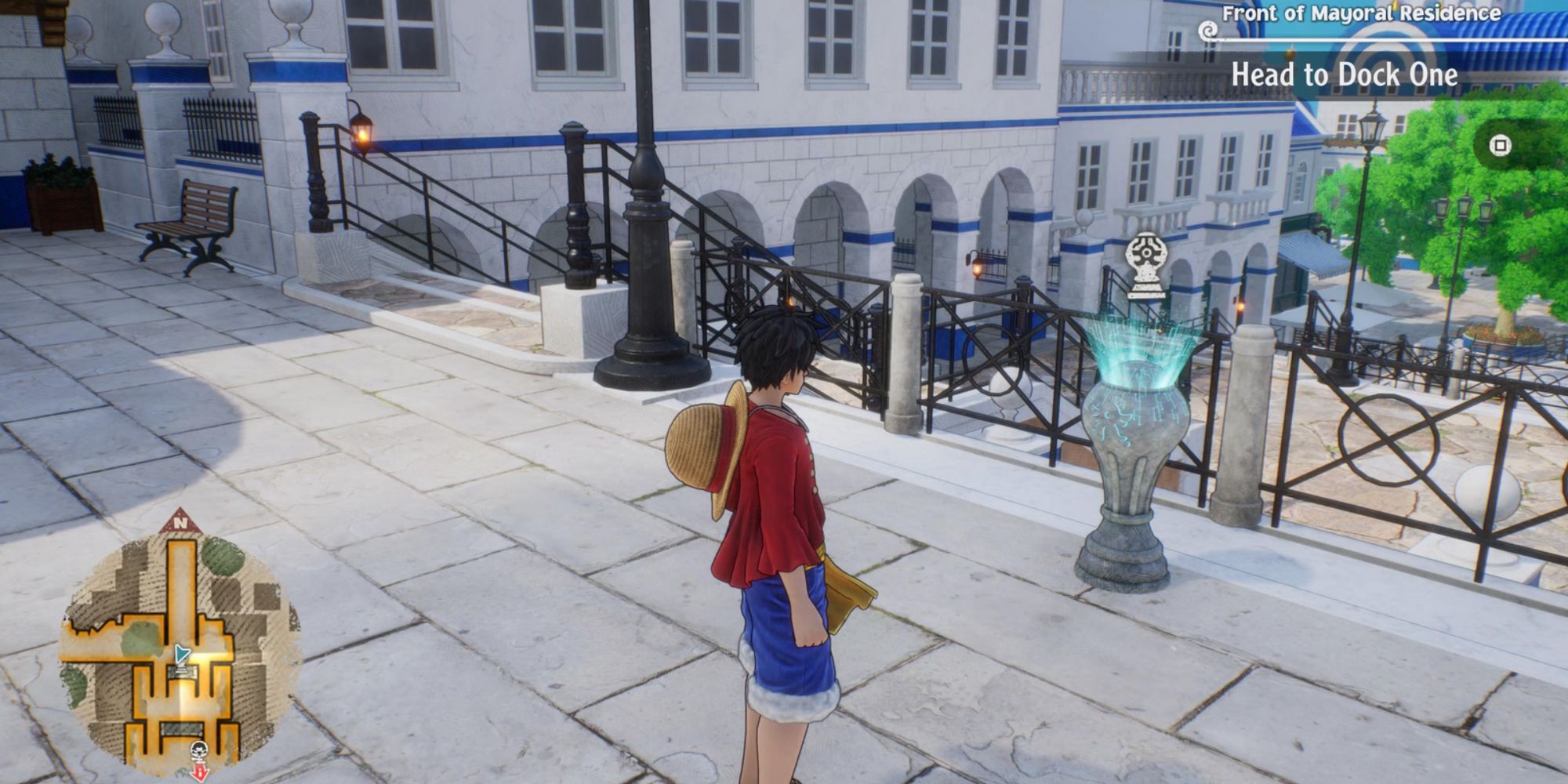 Like other JRPGs, primarily the older ones, Odyssey has a save point system where the party's health and tech points can be restored, and you can save your progress. This would be fine if save points appeared more frequently, but they're rather spread out, and you can go on for a while, not knowing how close the next save point is.

Not only that, but if the party is defeated, you must travel back from wherever you last saved. The ability to save anywhere would help alleviate this, so you would no longer worry about being defeated by a challenging enemy. 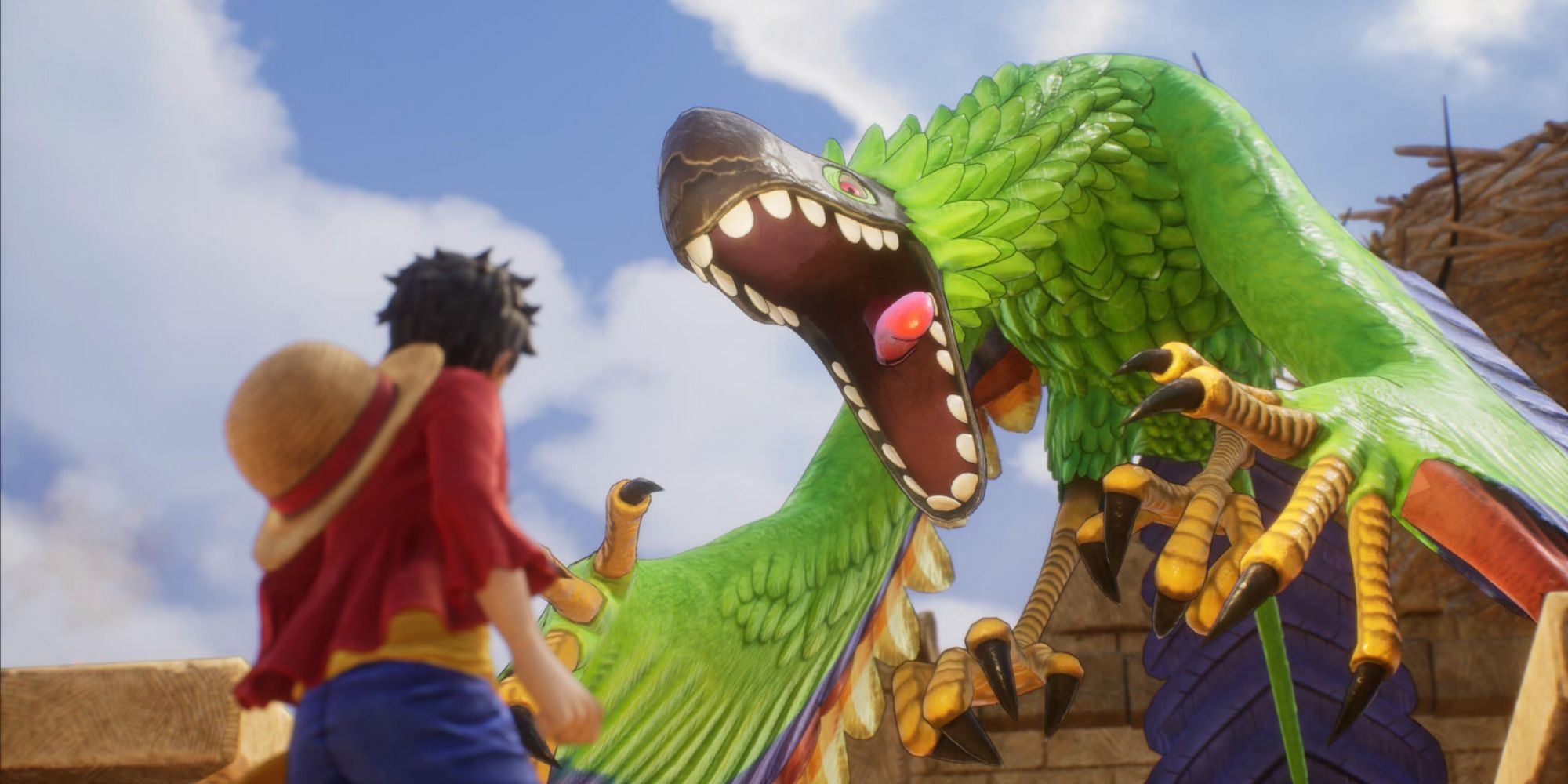 Many modern JRPGs and some games in other genres have added a restart battle feature, so you don't have to travel back and force and repeatedly skip through the same cutscenes. Odyssey lacks this feature, which makes losing difficult battles even more disheartening due to how far apart save points are from each other in each area.

Because pre-battle cutscenes typically aren't that long, unlike some other games, even if there was a "restart from the beginning option" that included pre-battle cutscenes instead of a restart battle option, it would still be a better alternative than not having any restart option at all. 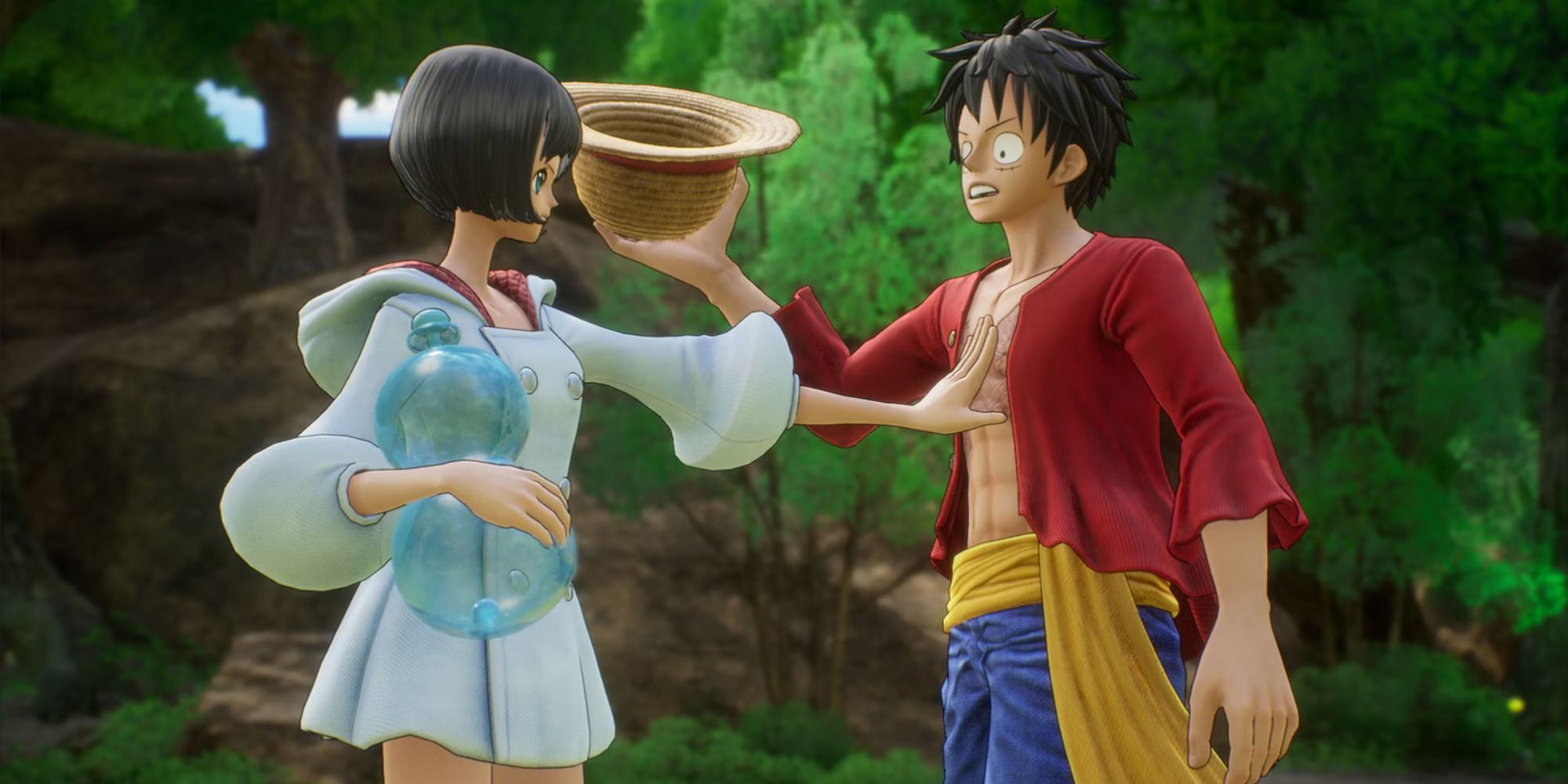 Including English dub audio is also great for accessibility for English-speaking players, as those with vision or reading issues may have a hard time when looking and subtitles, so including a separate dub audio track could help increase the games' audience. 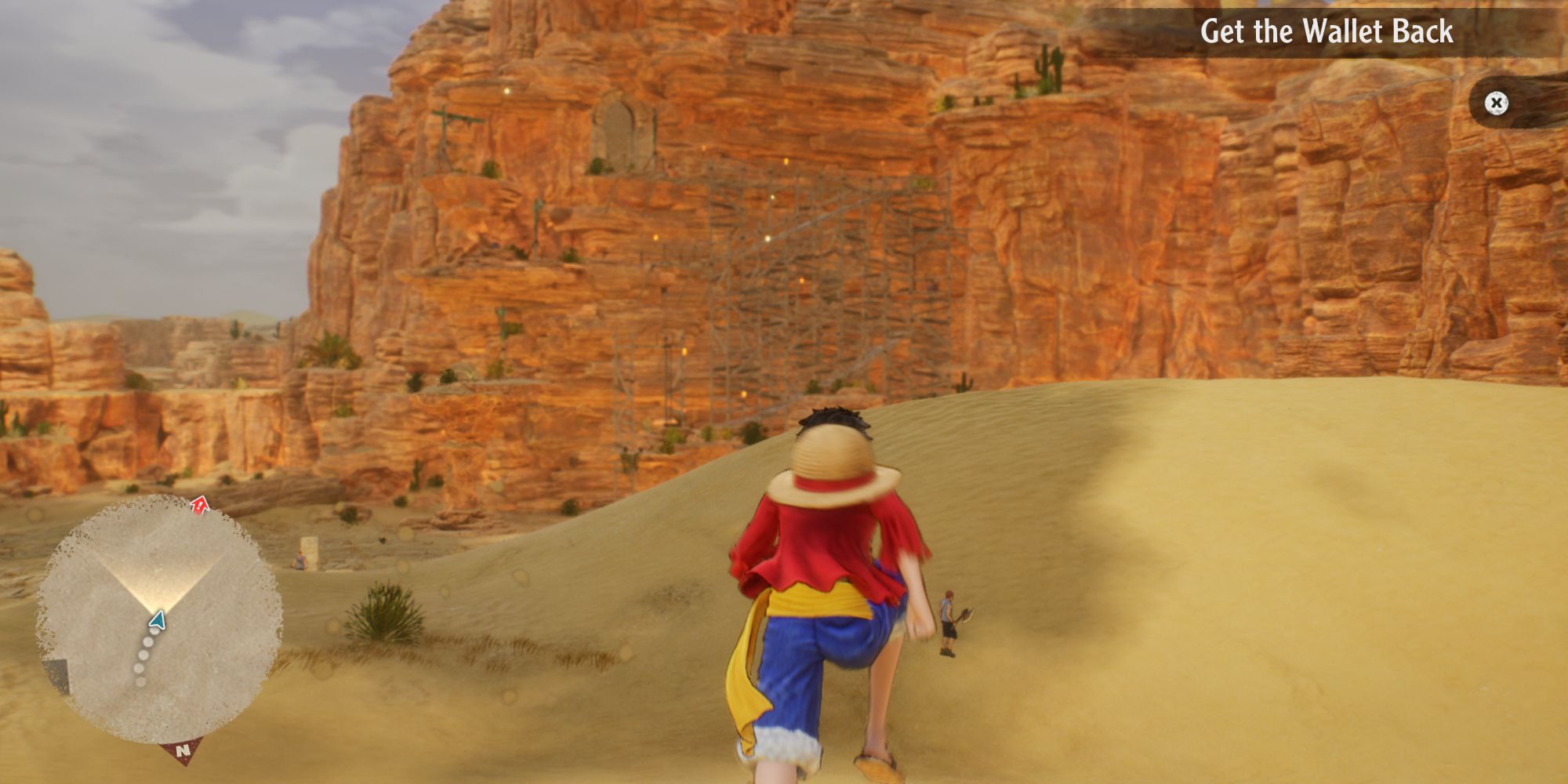 While there's always a primary objective to head towards, there are usually mandatory distractions along the way. When not in the memory worlds of previous One Piece story arcs, this isn't as bad, but it feels weird when going through those areas and pads the game out a little too much with how often they occur, even if JRPGs are known for their length.

For example, while heading to Rainbase in Alabasta, you follow a path east for a bit, then a short cutscene plays, then you head north. While heading north, a monkey steals Nami's wallet, so you must fight a group of them to regain it before returning to running toward the main objective.