The Saints Row reboot is entirely set in sunny Santo Ileso. While it isn't the biggest map in gaming history, it's well designed and contains plenty of beautiful landmarks.

Throughout the main story, you visit many different regions within the city and the surrounding desert. And any that you don't go to during the missions, you will most likely see while doing side content. However, there are some other locations that you may never visit. These are unique areas that you'll have to go out of your way to experience. Here are some of the most interesting and notable ones. 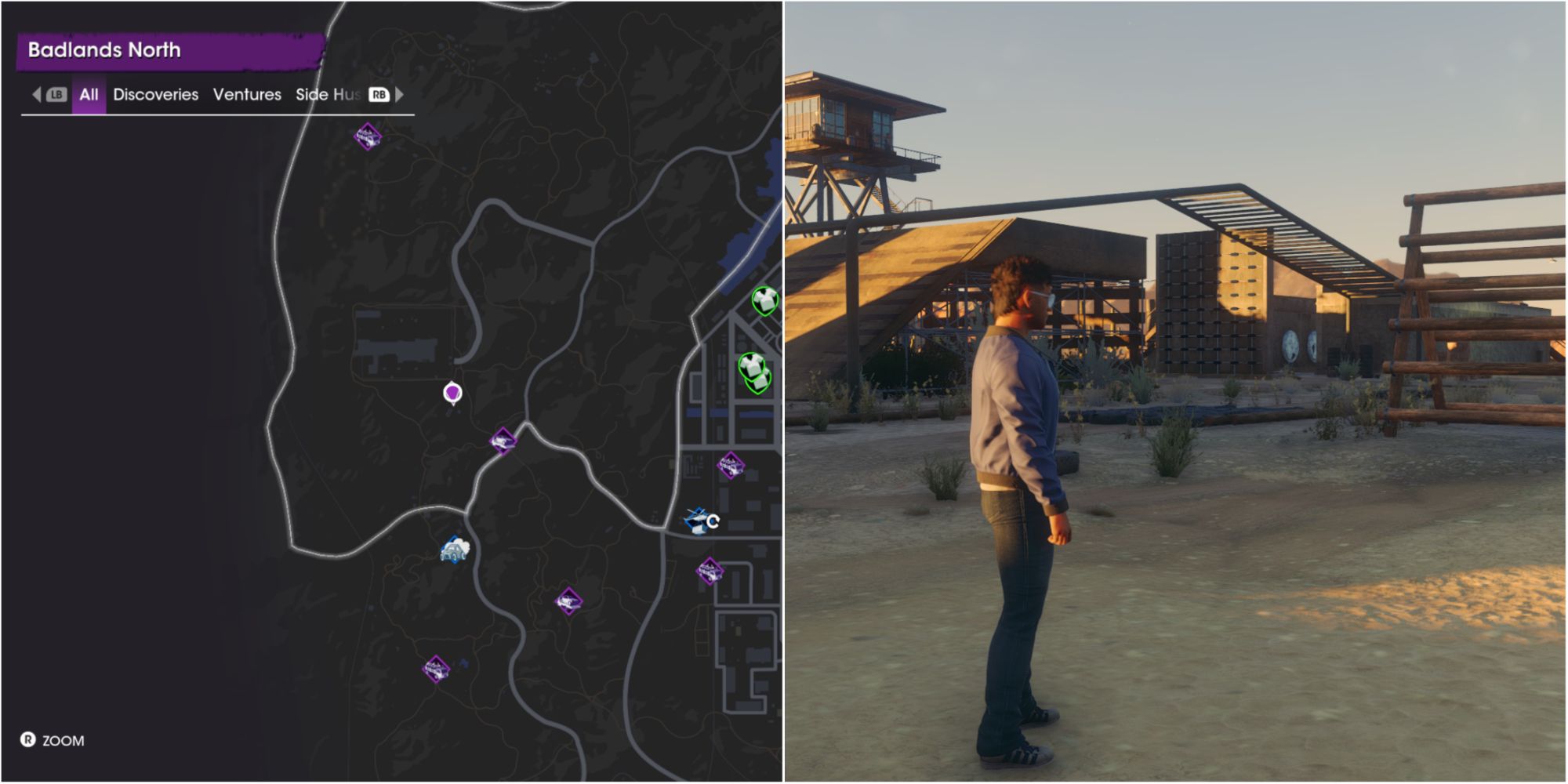 Right at the start of the game, you're shown an introduction video from Marshall Industries, as the Boss watches it before their first mission. In the cheesy vid, you see the extreme training that the recruits have to go through after signing up.

There's the standard stuff like running up walls and climbing over obstacles. Then there's also leaping over fire and avoiding being crushed to death by steel beams. You can have a close look at all of these obstacles by heading to Badlands North, as the training grounds are just to the south of the prison. 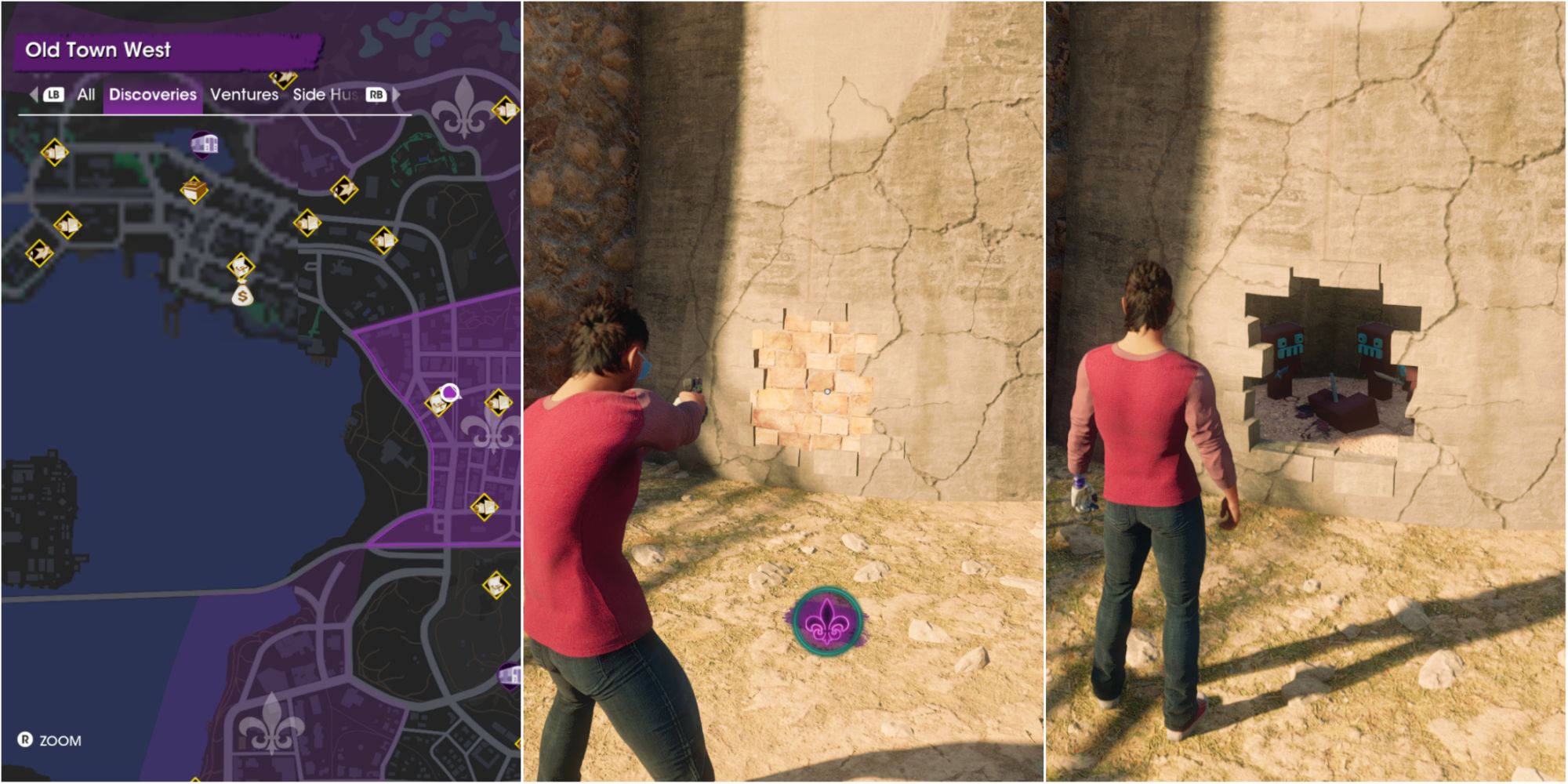 The Old Town West is home to one of the more hidden easter eggs in the game. This is because it is behind a wall in Fort Cullen. You need to shoot out the bricks to unearth an odd little area. It's a meeting of a few cute but murderous characters.

This seems to be a reference to something, but it's hard to determine what. After all, there are a bunch of games with cute yet deadly characters. While there are elements of Among Us and Minecraft involved, neither fits the profile perfectly. Regardless, it's a well-hidden area. 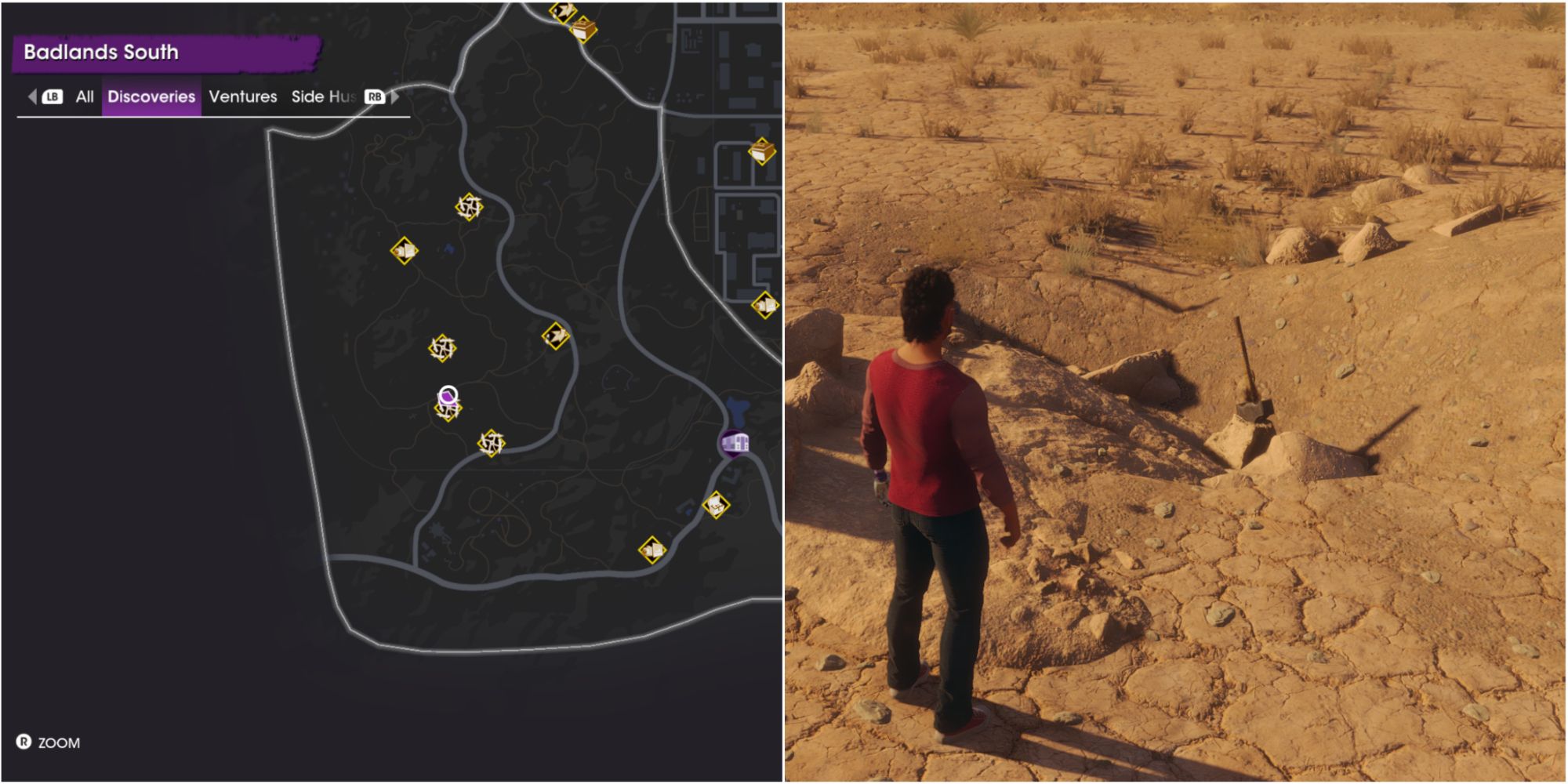 As the map has a large desert region, it's only natural for the developers to include some desert-based pop culture references. You can find one of them in Badlands South, as Thor's hammer, Mjolnir, is there.

It isn't just a reference to the comic character, but the MCU Thor movie, as in that film, the hero's hammer lands in a desert area. Naturally, as a ruthless killer whose life revolves around crime, the Boss isn't worthy of picking the weapon up. However, you can take a picture of it, as it serves as a collectible. 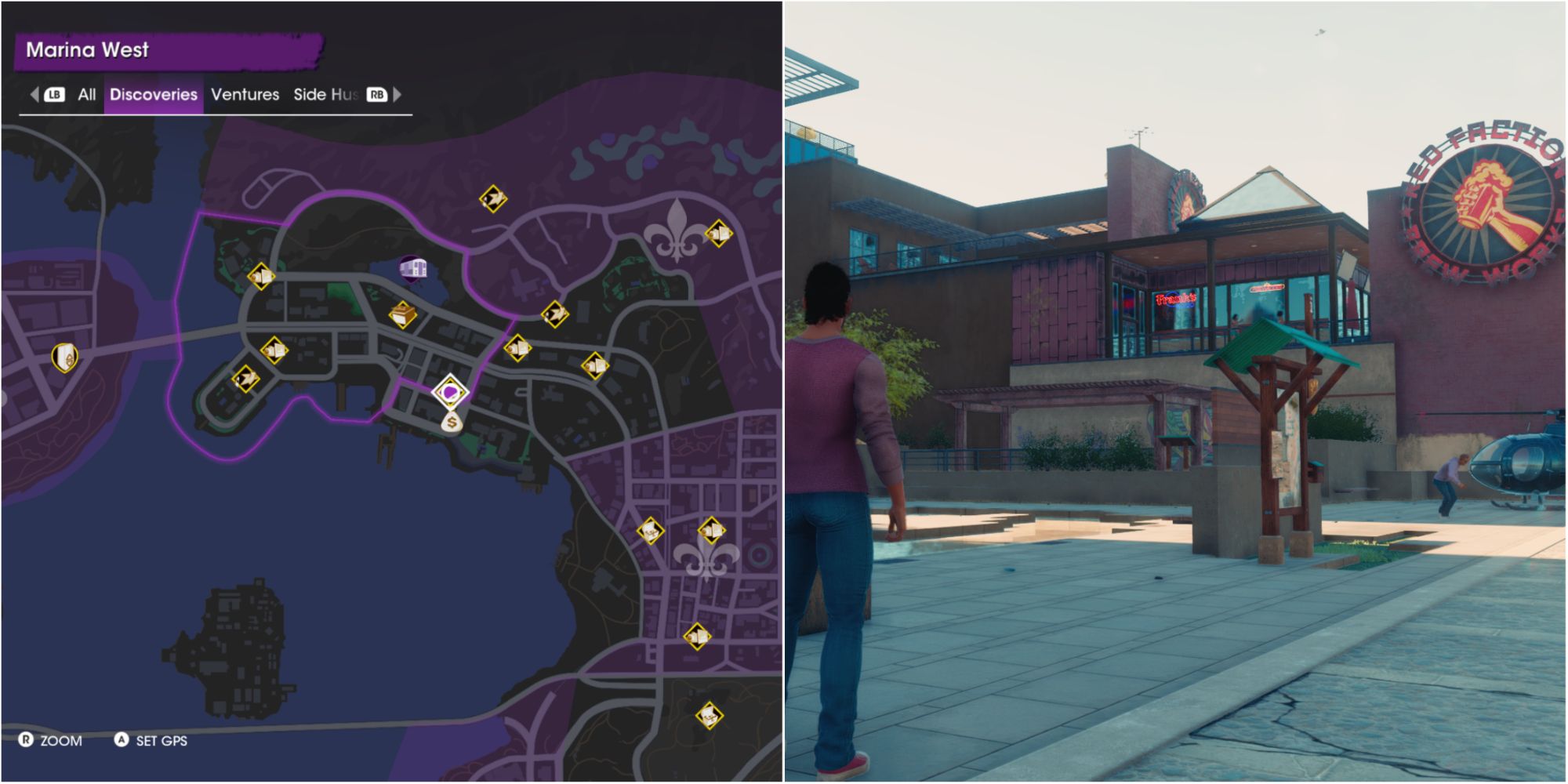 This park isn't technically hidden, as it's just in the Marina West region, near some main roads. However, you have to get close to realize the significance of the place. So, it's a classic case of something being hidden in plain sight.

The area is called Red Faction Memorial Park, named after the Red Faction brand of craft beer. Yet, of course, it's also the name of another Volition series. Even the logo for the company is similar to the Red Faction series. And if you listen to the hidden history in the area, it's clearly referencing the games. This adds to the ever-growing connection between the two series.

4 The Sewer From IT 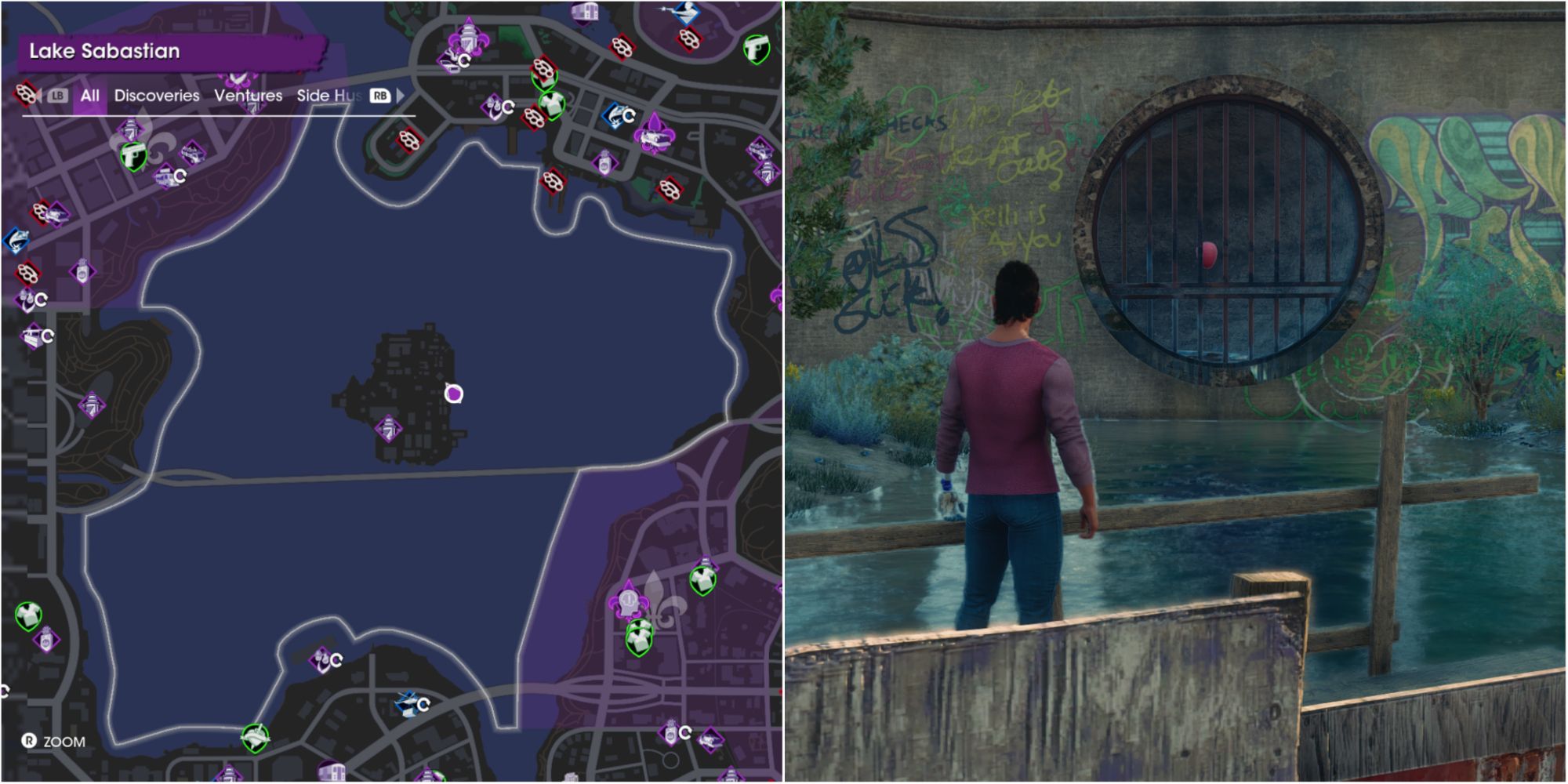 The island in the middle of Lake Sebastian isn't an important place in Saints Row, as besides one mission, not a lot happens there. There aren't even many discoveries in the region.

Yet, it is home to an IT reference. The horror franchise is pretty much synonymous with red balloons by this point. And there just so happens to be one on the eastern side of the island. What confirms this to be an IT reference is the fact that the balloon is in a sewer. Anyone familiar with the series knows that the terrifying main antagonist, Pennywise, lives and often feeds in a sewer system. 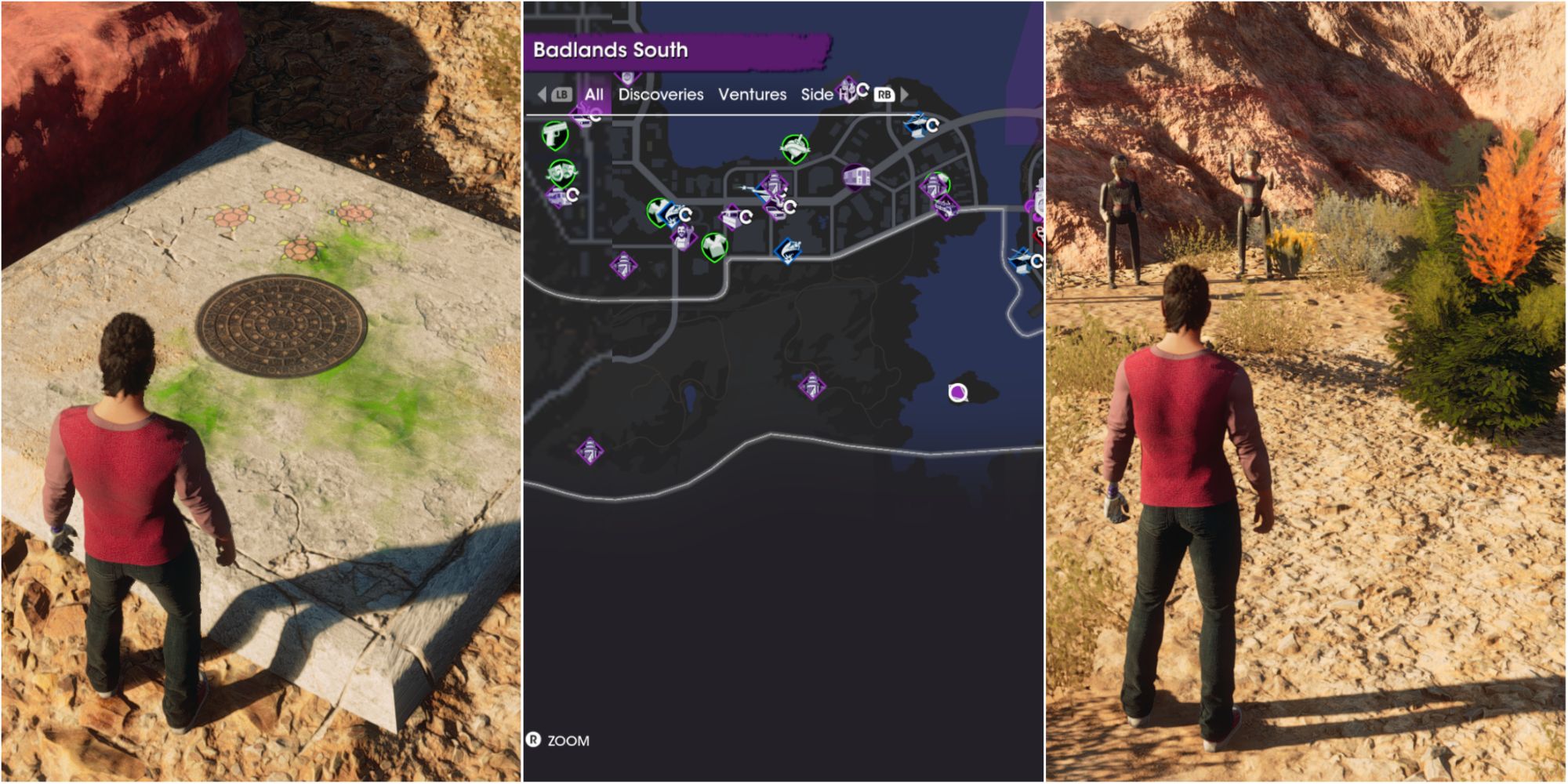 Near the southeast corner of the Badlands South region lies an island containing a few noteworthy things. One of those is the entrance to a sewer, which also serves as a Teenage Mutant Ninja Turtles easter egg. This is proven because there are a few painted turtles near the entrance and the famous crew is known for hanging out in sewers.

Just slightly east of that scene is a bush that's continually singing folk songs. It's a little annoying, but it's a cool reference to a similar bush that features in the movie Three Amigos. There are even three blow-up dolls nearby that represent the protagonists of the flick. 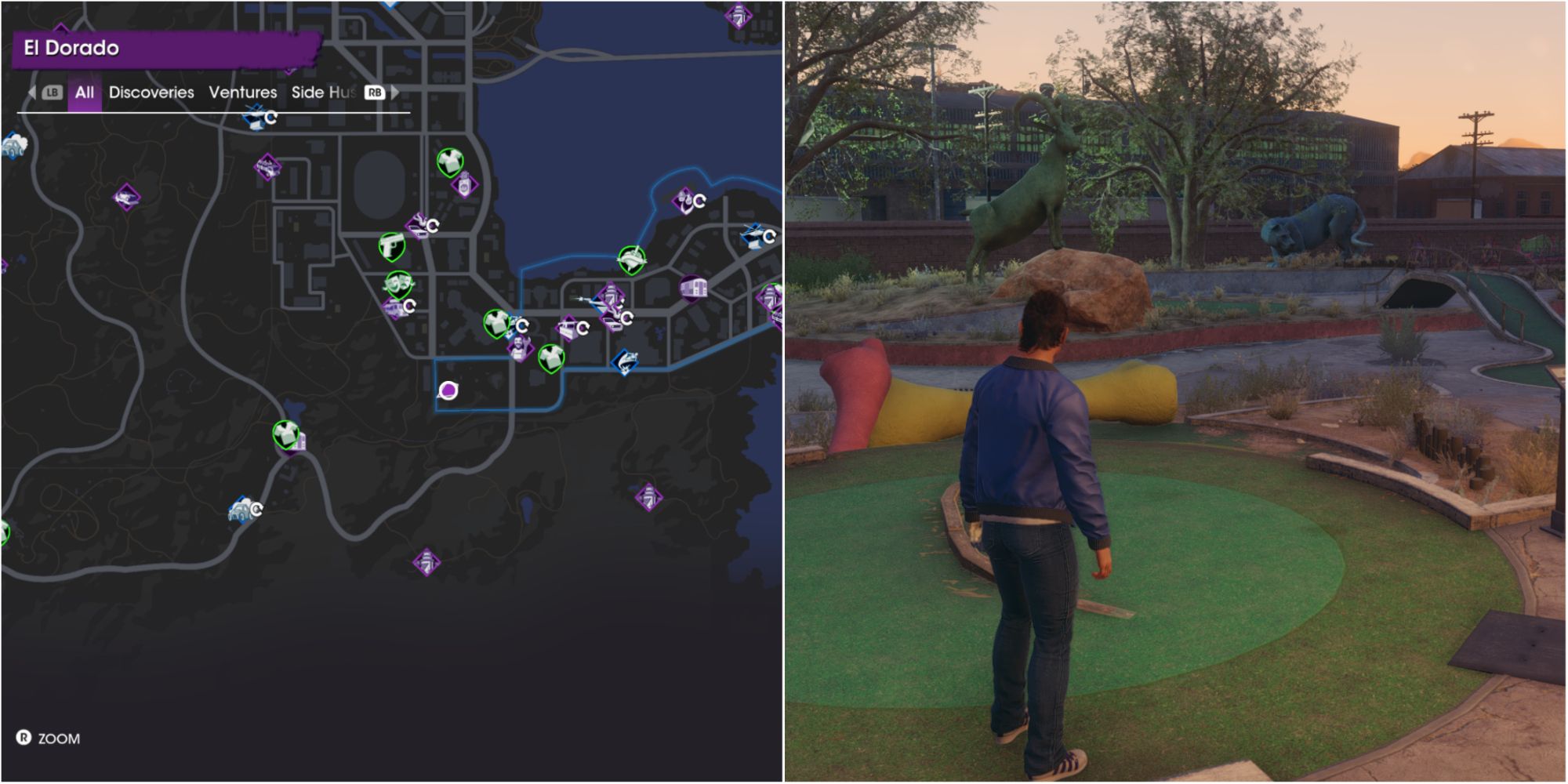 You may have noticed the large golf course in the Monte Vista area. After all, you can actually see it from the map screen. However, you're less likely to have come across the mini-golf place in El Dorado.

The region, in general, is a bright and vibrant place. Unfortunately, though, the mini-golf is on the darker side of the region. As such, the courses are pretty run-down and contain a fair amount of trash. In the place's defense, though, it probably looked good before the neglect. In fact, it seems the area contained some well-designed courses and nice structures. 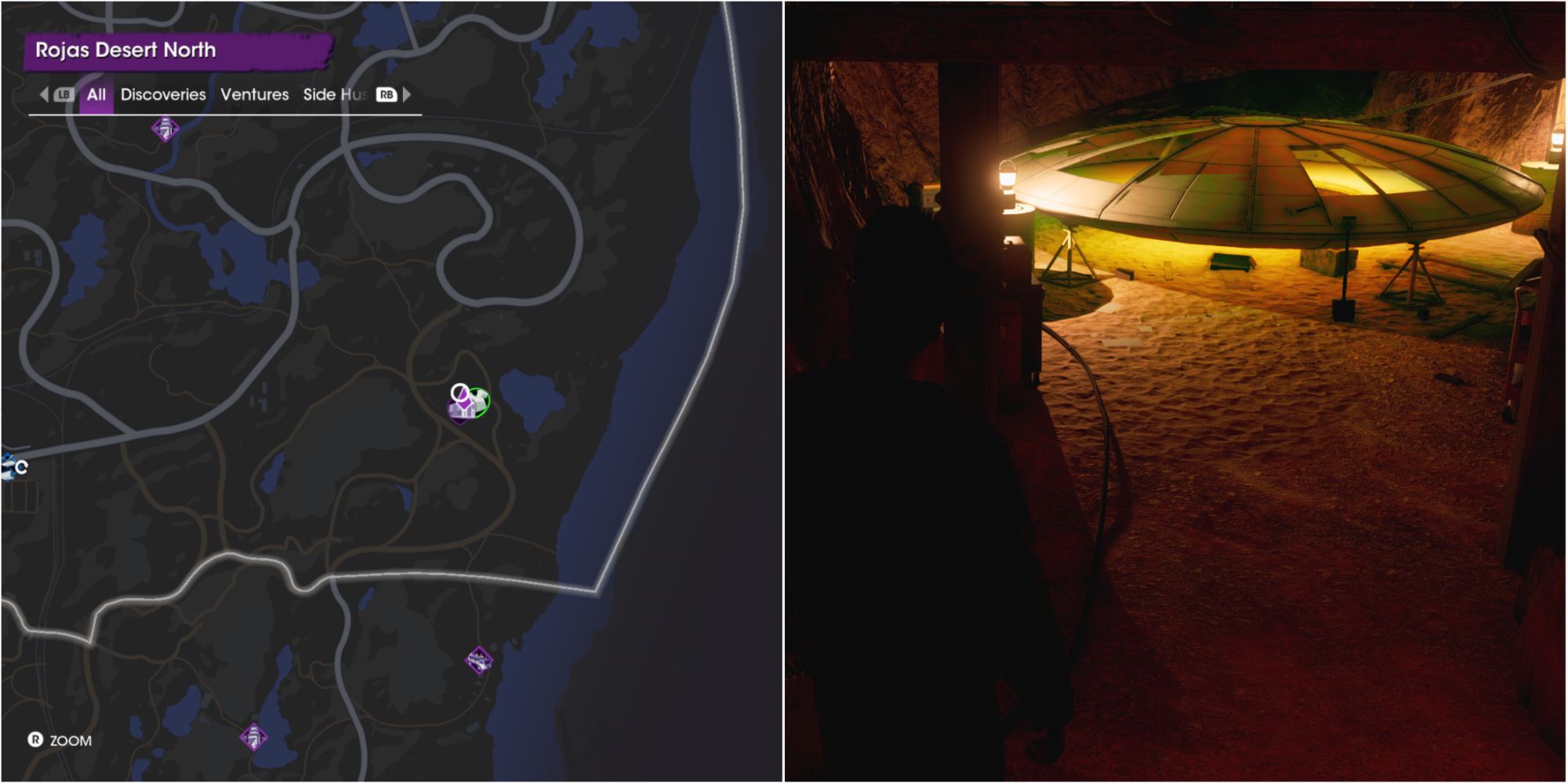 One of the most prominent places in the Rojos Desert North – mainly because of the fast-travel locations outside – is the Twin Coyote Arcade. The establishment contains a few fascinating things to discover.

The most impressive item, though, is located in the shack just north of the arcade. From the outside, the building is pretty nondescript. But if you head inside, you will find a partially built UFO. Clearly, someone has been working on it in secret. It's unclear what their plan is, but you don't have the means to stop it since you can't interact with the spacecraft.