Xenoblade Chronicles: Definitive Edition is an expansive game with hundreds of hours of content. The main narrative itself takes up a lot of those hours, with Shulk and the party attempting to bring peace to Bionis, whatever it takes.

Among the slew of side quests and heart-wrenching moments within the main story, there are also plenty of scenes that will warm your heart and give you a new insight into the characters outside the main narrative. Whether they’re cutscenes or exclusive heart-to-heart events, these moments show a side to the characters you might not have seen yet, and they offer some happiness in spite of the threat of the Mechon. 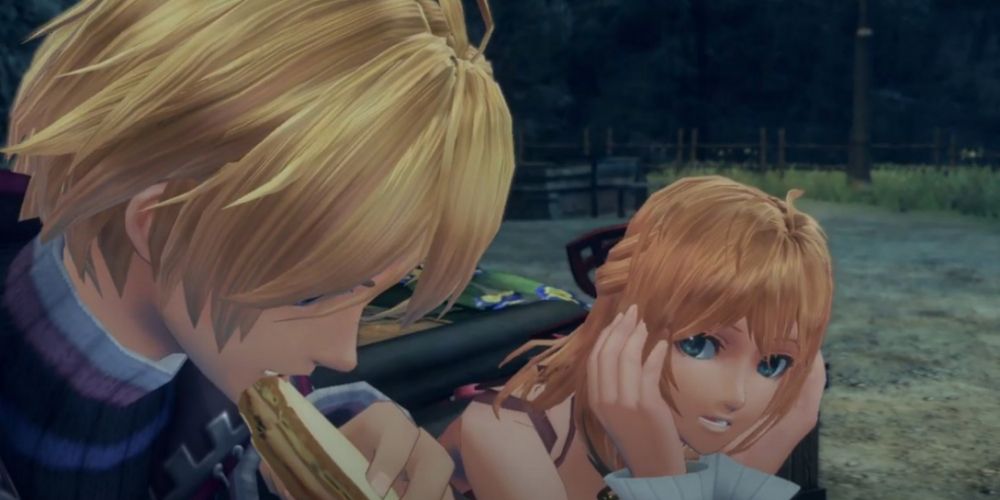 In a cutscene at the beginning of the game, Shulk is pondering the powers of the Monado in Colony 9’s park, and Fiora brings him a sandwich as a snack. Shulk tells her that it tastes amazing, but Fiora sighs, as he tells her that every day.

Afterwards, Shulk tells her, “It’s always delicious. But today it’s amazing.” It’s sweet that Shulk wants to reassure Fiora that her extra effort of adding herbs and spices to the sandwich hasn’t gone to waste. The moment is a little bittersweet, though, as it’s one of the last few the two get to share together before the Mechon descend on Colony 9, becoming the catalyst for the rest of the game’s events. 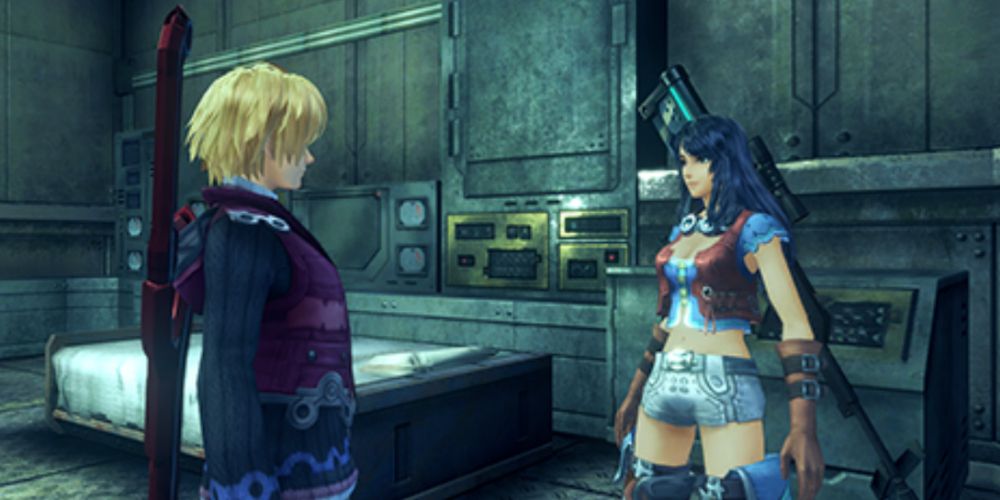 As the game describes, Shulk loves to tinker with machines and fix things. When he overhears that Sharla’s pocket watch is broken in a heart-to-heart, he can offer to fix it. Sharla is overjoyed to hear that Shulk can mend it, and thanks him gratefully.

It’s a small gesture, but it clearly means a lot to Sharla, especially when she has already lost a lot to the Mechon. Fixing things is one of the skills Shulk is best at, so it’s sweet to see him use it in such a caring way. 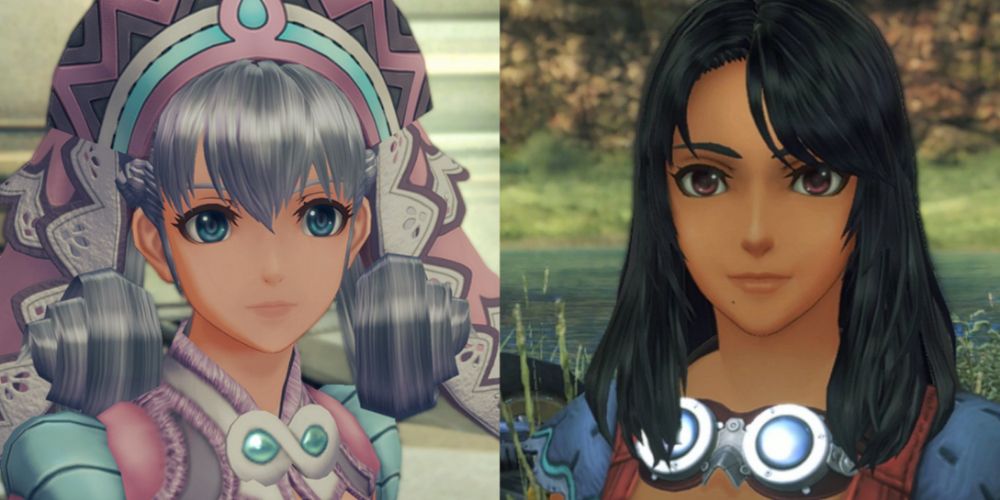 In one of their heart-to-hearts together, Sharla and Melia talk about Melia’s feelings for Shulk — she knows that he loves Fiora, so she has decided to let them be, and have a happy future together. Sharla is sad for her, understandably, but still offers her support and a listening ear.

While it’s sad that Melia has to harbour her unrequited feelings and keep them to herself, it’s heartwarming to see Melia open up, and for Sharla to be there for her. The two have a strong friendship, and Sharla helps Melia to move forward, despite the fact that Shulk doesn’t feel the same. 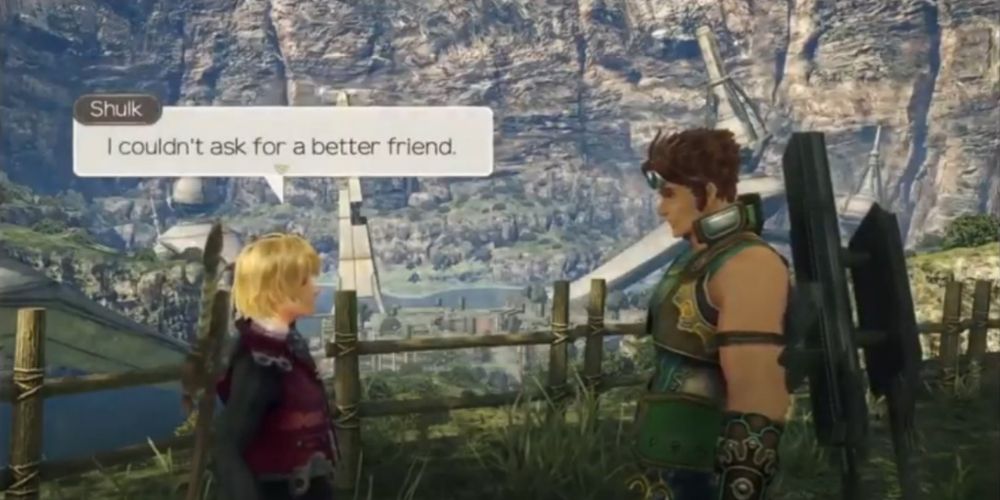 Shulk and Reyn have been best friends since childhood, and embark on their journey to avenge Fiora together. The pair have an incredibly close bond, and this is shown through many of their heart-to-heart scenes. In one in particular, Shulk and Reyn reminisce on their friendship.

The pair think back on a time when they had an argument, but were able to make up in the end and become even closer. Shulk tells Reyn, “You know what, Reyn? I don’t say this enough. I couldn’t ask for a better friend.” This sums up their relationship — two best friends who are there for each other, no matter what. 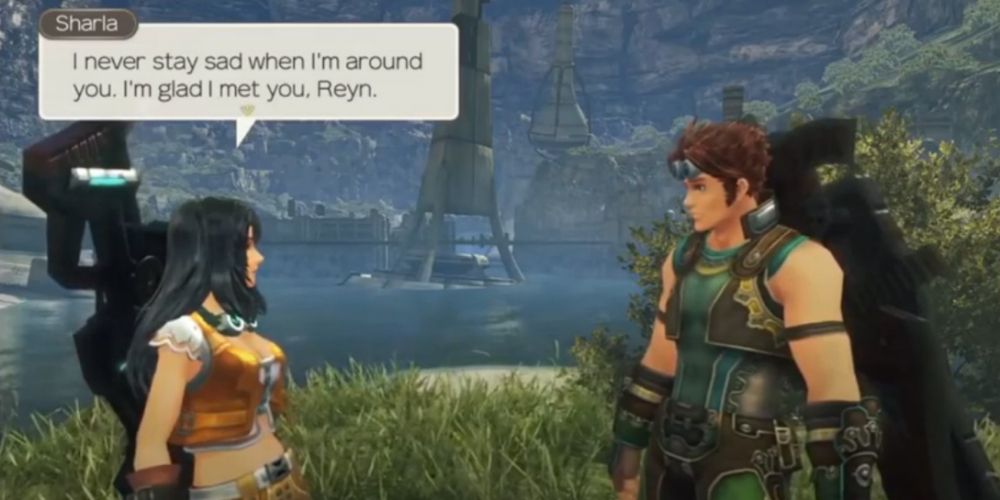 By the time you meet Sharla, she’s already had a lot to deal with. Her fiancé, Gadolt, is missing and presumed dead, and the people of her colony have had to flee their homes and take refuge elsewhere to avoid the Mechon.

Understandably, she has a lot on her shoulders. That’s what makes this scene all the more heartwarming. Sharla wants a break from it all, to return to a peaceful life, but feels guilty for thinking so. Reyn reassures her that it’s normal to think that way, especially for her, as she’s worked so hard. Sharla tells Reyn, “I never stay sad when I’m around you. I’m glad I met you, Reyn.” It’s clear that Sharla appreciates his concern and his friendship. 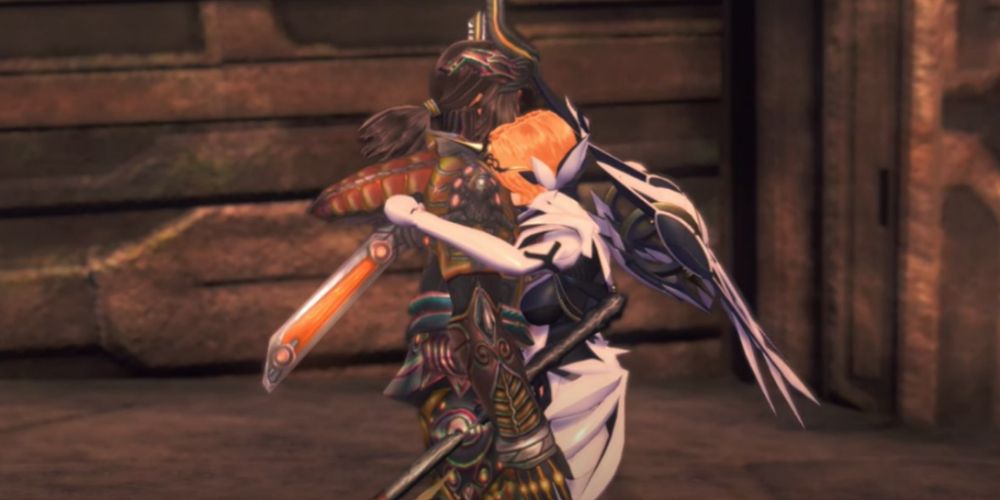 As Fiora’s older brother, Dunban is one of the characters who cares for her the most, and this is obvious in the scene where they reunite. Previously, the party were forced to assume that Fiora was killed at the hands of the Mechon, but Shulk discovers that this isn’t true.

Dunban and Fiora seeing each other again is a touching moment, and it seems Dunban can barely believe his eyes as he walks towards her. The two share a hug, happy to be together again as a family. 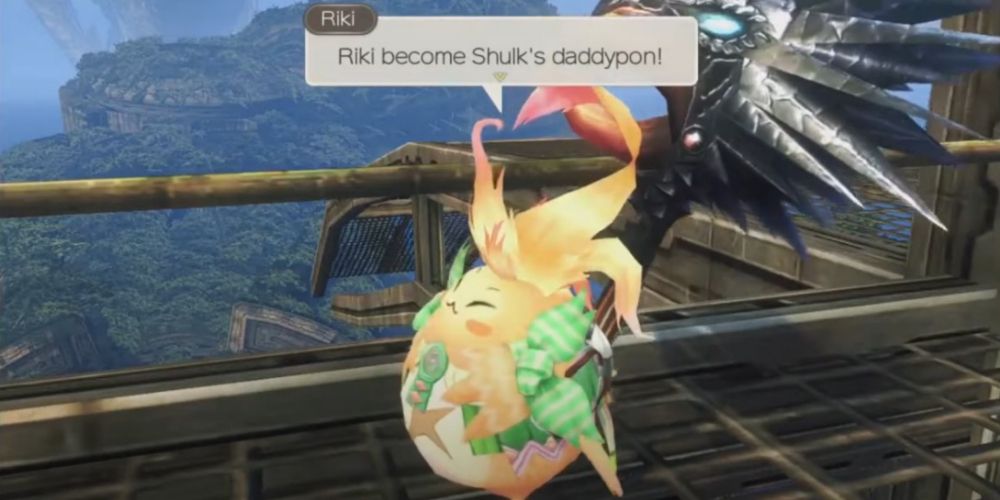 Shulk grew up in Colony 9 without any parents, and was raised by Dickson. After going out on his journey to avenge Fiora and take down the Mechon, Shulk realises that he doesn’t have any family to go home to, especially when he compares his situation to Riki, who has a wife and children waiting for him.

In a heartfelt scene between him and Shulk, Riki offers to “become Shulk’s daddypon” after he notices Shulk feeling down. This is a sweet moment, especially as Riki is usually used as comedic relief throughout the game. Riki cares a great deal for Shulk, and is willing to accept him into his family with open arms.

1/8 The Title Screen Changes To The Party 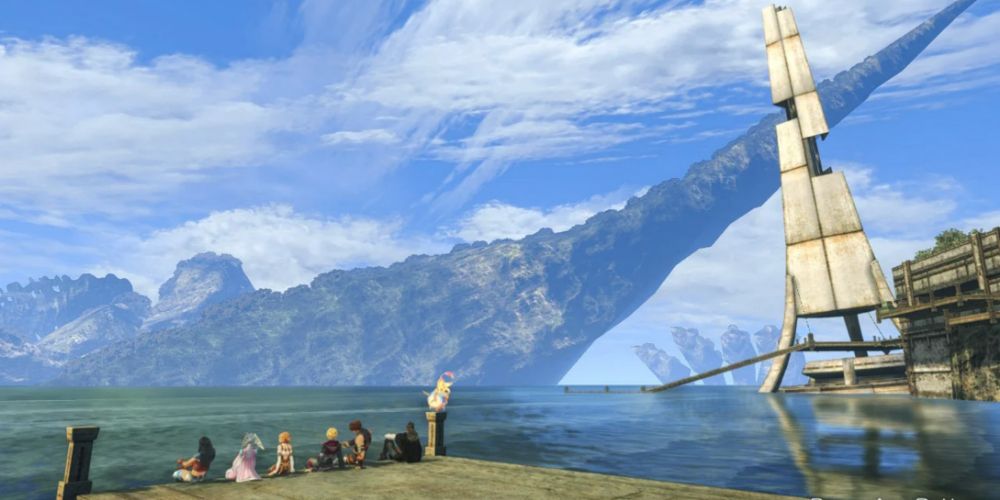 While you’re playing through the game, the title screen will be the Monado lodged into the ground as time passes by. It has a sombre atmosphere, presenting the journey the party goes on and Shulk’s connection to the Monado.

After you beat the game and see the credits, though, the title screen changes. Now, you see Shulk and his friends sitting on the edge of a dock, looking out into the water and the rest of Bionis. It’s heartwarming to see them finally have a moment just to relax together, after all the hard work and fighting is done.