Left 4 Dead, and its stellar sequel, Left 4 Dead 2, are legendary co-op shooters that helped pave the way for the much-maligned Evolve and arguably lesser, Back 4 Blood. Despite the genre's hitches and missteps, the original two still exist, and their communities are still going strong.

Left 4 Dead 2 may be 13 years old, but that doesn’t mean playing it is a waste of time. This game, like many of Valve's classics, is quite literally timeless. You will struggle to find a game with quite as much bang for your buck. Because it has been around for such a long time, however, it might not be the smoothest ride to fully get into. 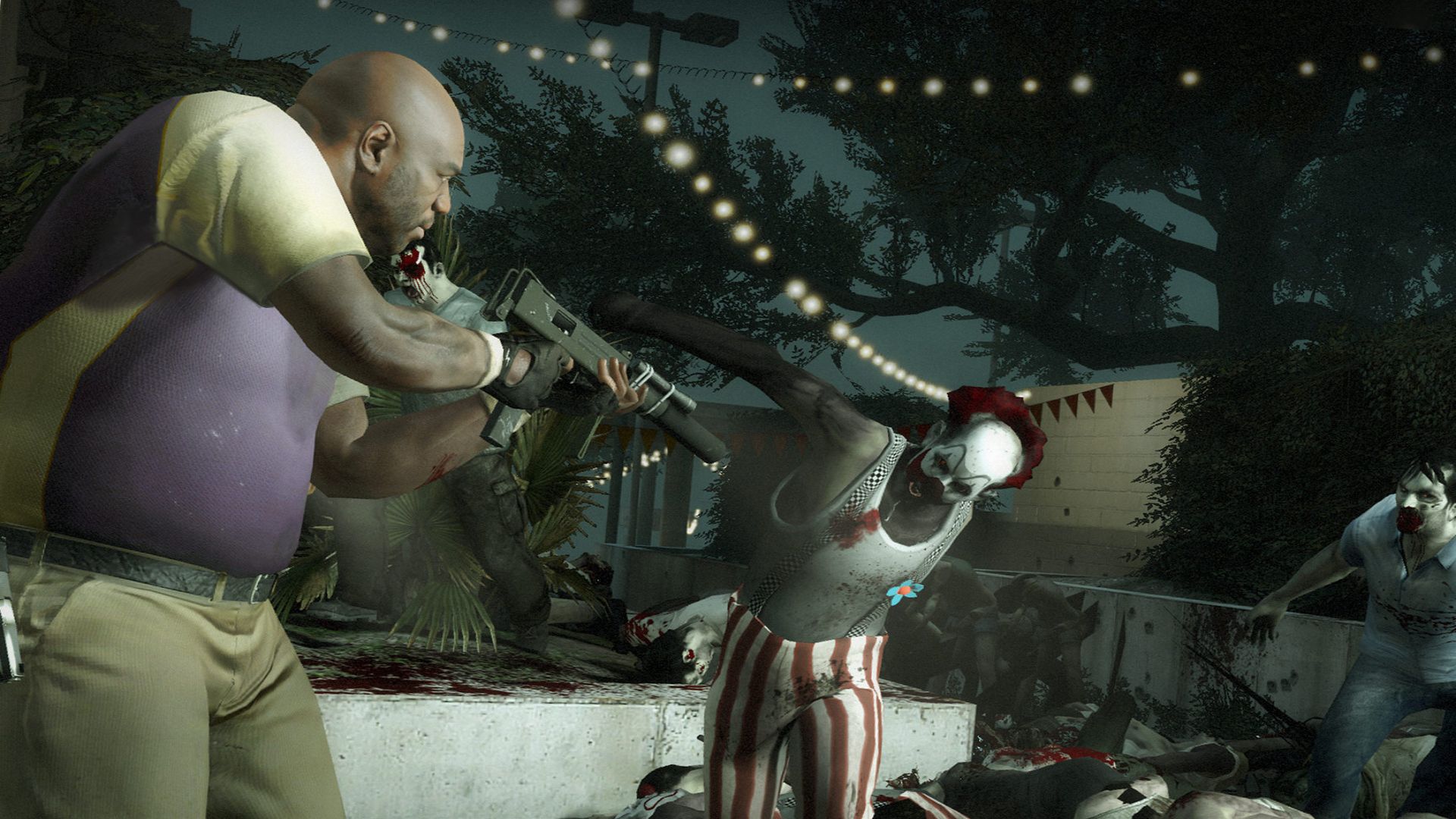 There are very few things standing between you and the ravenous horde of zombies that frequent the local shopping centres, swamps, and theme parks of Left 4 Dead 2. Thankfully, one of those things is weapons – more than 20 of them in fact. If you want to survive, you need to get to grips with the lead belchers that litter your path.

It may seem daunting at first due to the sheer number of them, but know that a lot of them share similarities. For example, the Pump Action Shotgun is more or less identical to the Chrome Shotgun, as are the SPAZ-12 and the Auto. Compartmentalising the weapons into smaller categories can help you recognise when you stumble across a weapon worth using. 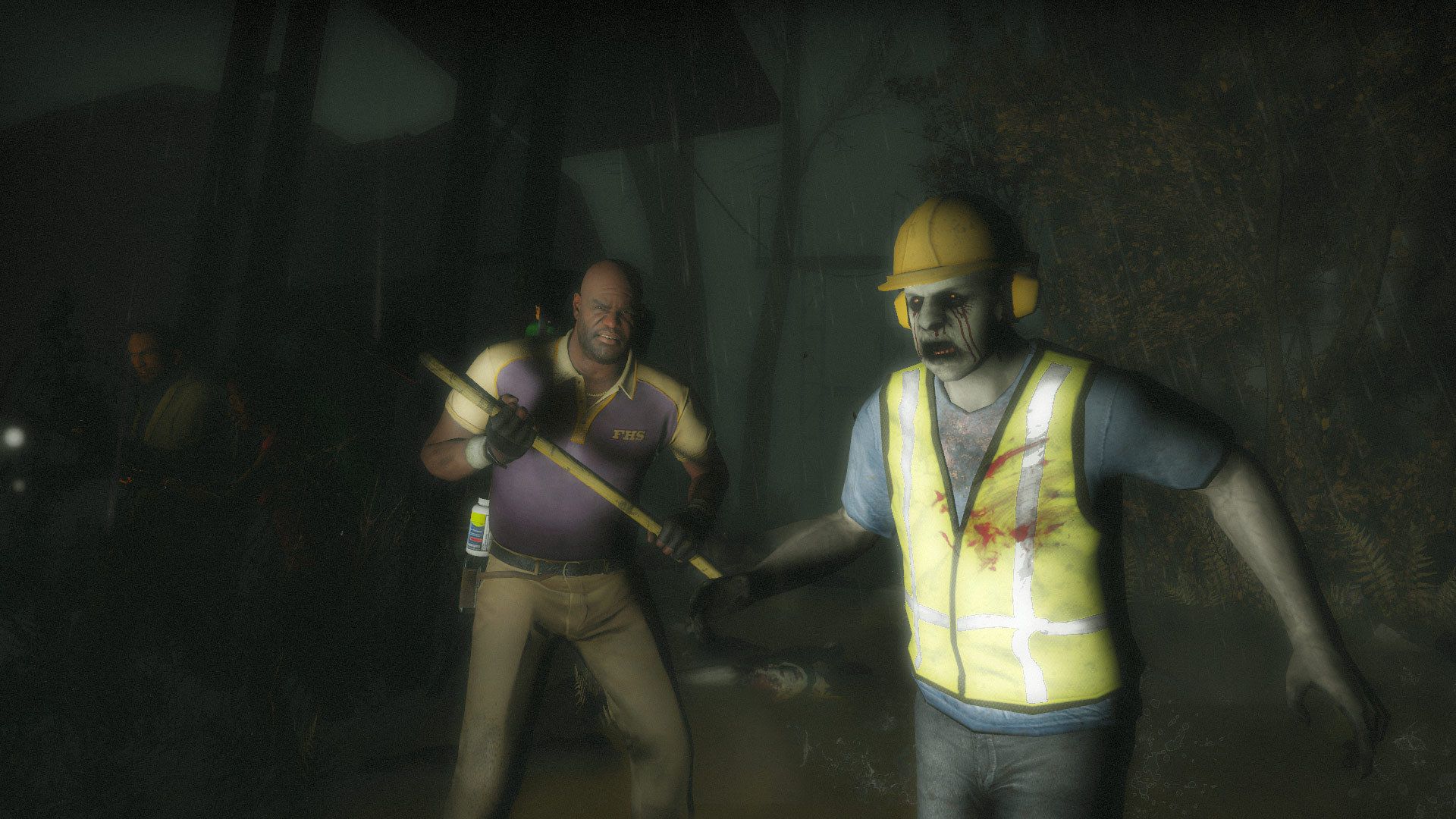 Following on from that, don’t get attached to your weapons. You may think the Pump Action is a great weapon now, but you absolutely want to ditch that gun for something better the moment you see it. Swapping your weapons on the regular is almost a must, as even small upgrades can make massive differences when it comes to surviving the night.

Your dual pistols are excellent fall-back weapons, and they have a great rate of fire, but you should replace them with a Magnum ASAP. That chainsaw looks mighty fine, but a more reliable fire axe might serve you better in the long run. Getting to a finale-worthy loadout is the goal, and you aren’t going to get there if you are hoarding low-grade weapons. 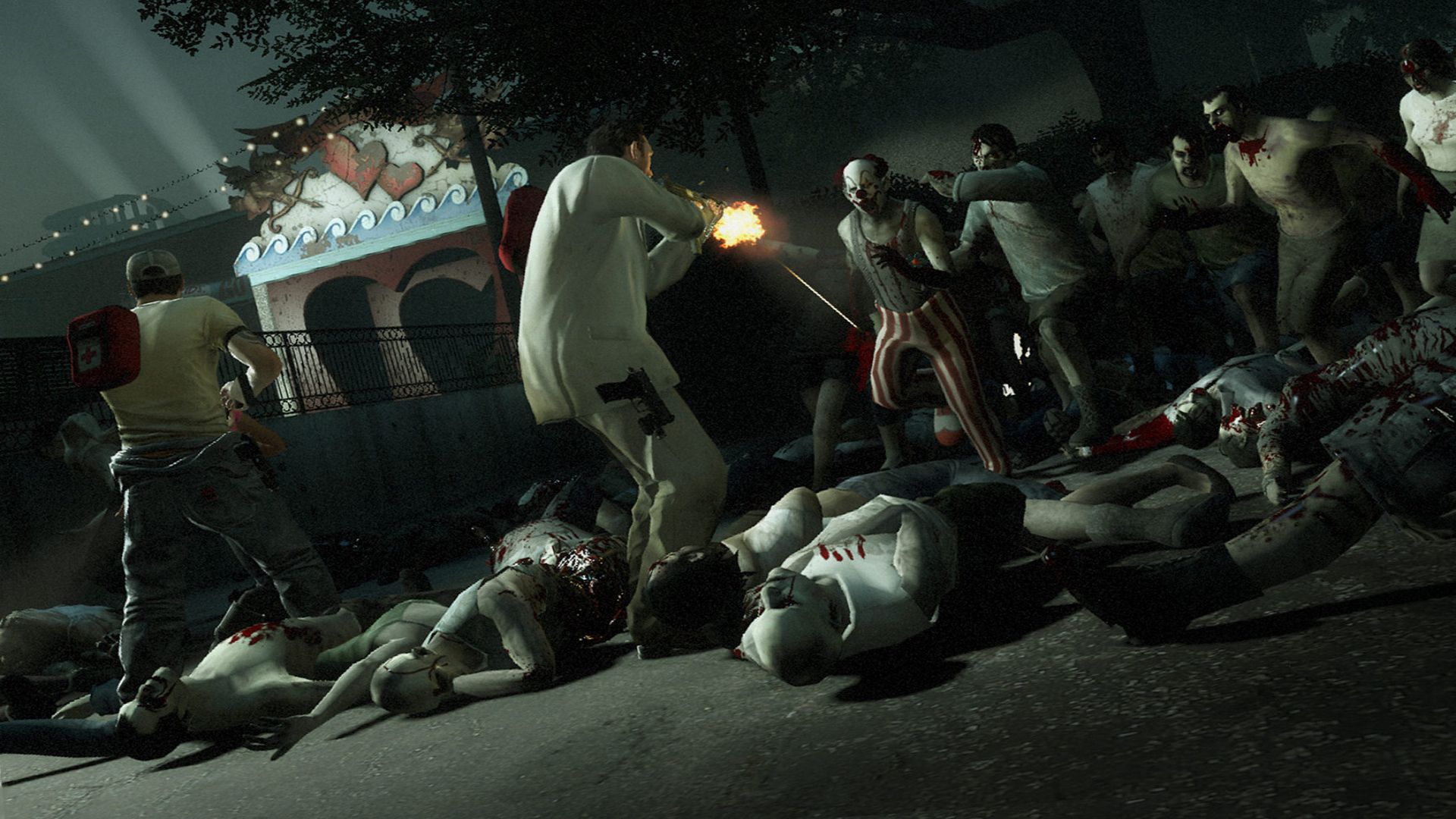 Left 4 Dead 2 is a co-op game at heart. Even if you are running with 3 AI companions, you want to stick together like glue. Left 4 Dead 2 is a ruthless game at times, and if you split up, the game will recognise that, and it will send enemies to single you out and murder you – enemies like Hunters or Smokers.

Every party member is part of a whole, and if one guy isn’t pulling their weight, the entire team suffers. Running off, getting lost, or just being a bit of an arse, will quickly lead to things going awry. Even more so when you are venturing through the harder difficulties or when you are running up against real-life opponents. 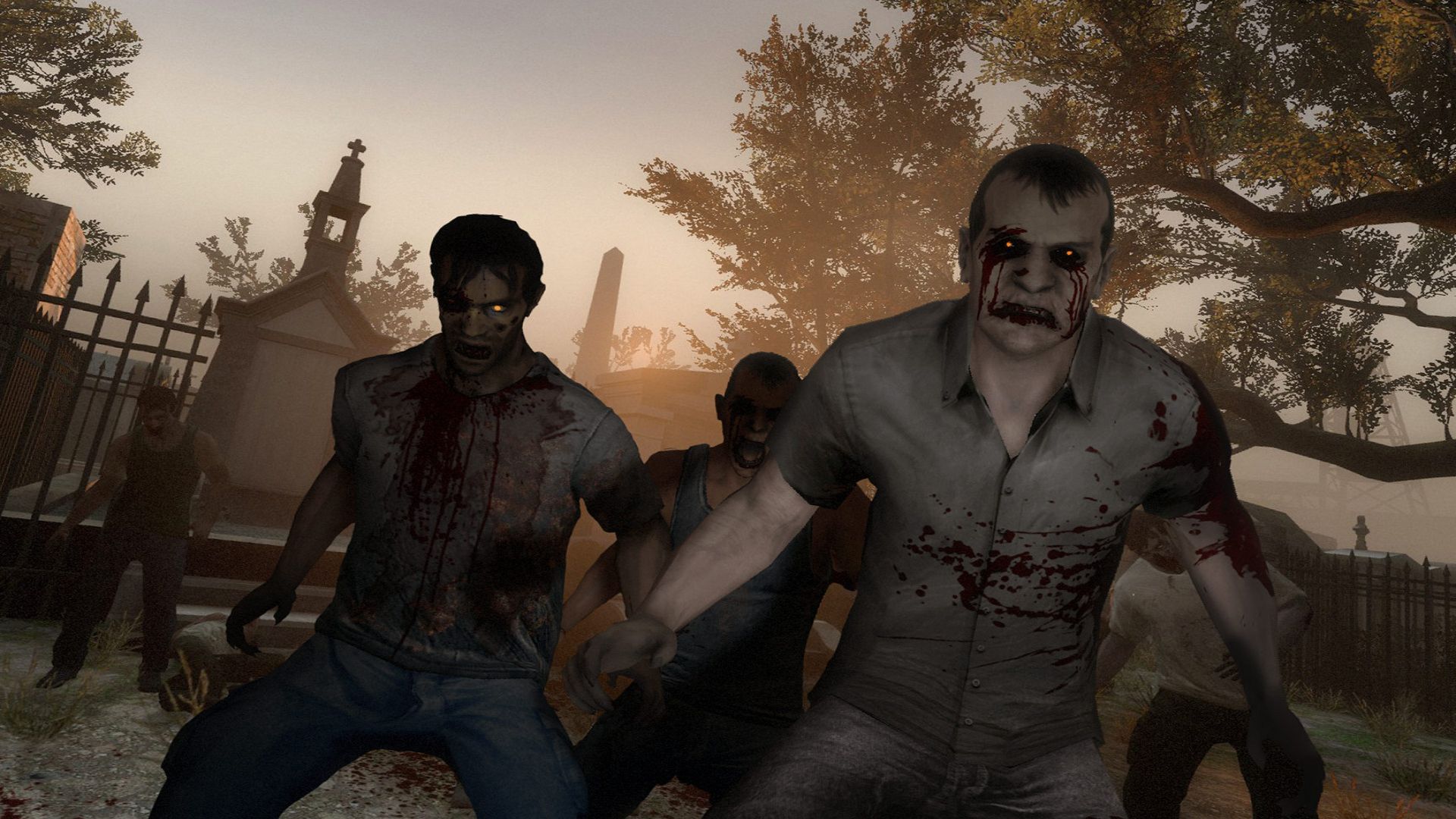 Few things will stop a team in their tracks like Left 4 Dead 2’s legendary “crescendo” system. A faint musical cue will play, and then massive amounts of undead will flood the area. These are tense, exciting, and bloody, and you need to be prepared for them at all times. Some levels have more than others, but every time they crop up, you better get ready for a scrap – or a hasty retreat.

Crescendos don’t just send waves of basic enemies either, within the mass you will find all kinds of Special Infected that are more than happy to incapacitate your team, making it even harder for you to survive the seemingly unending wave of undead. Stick with your buddies and carry a big gun. 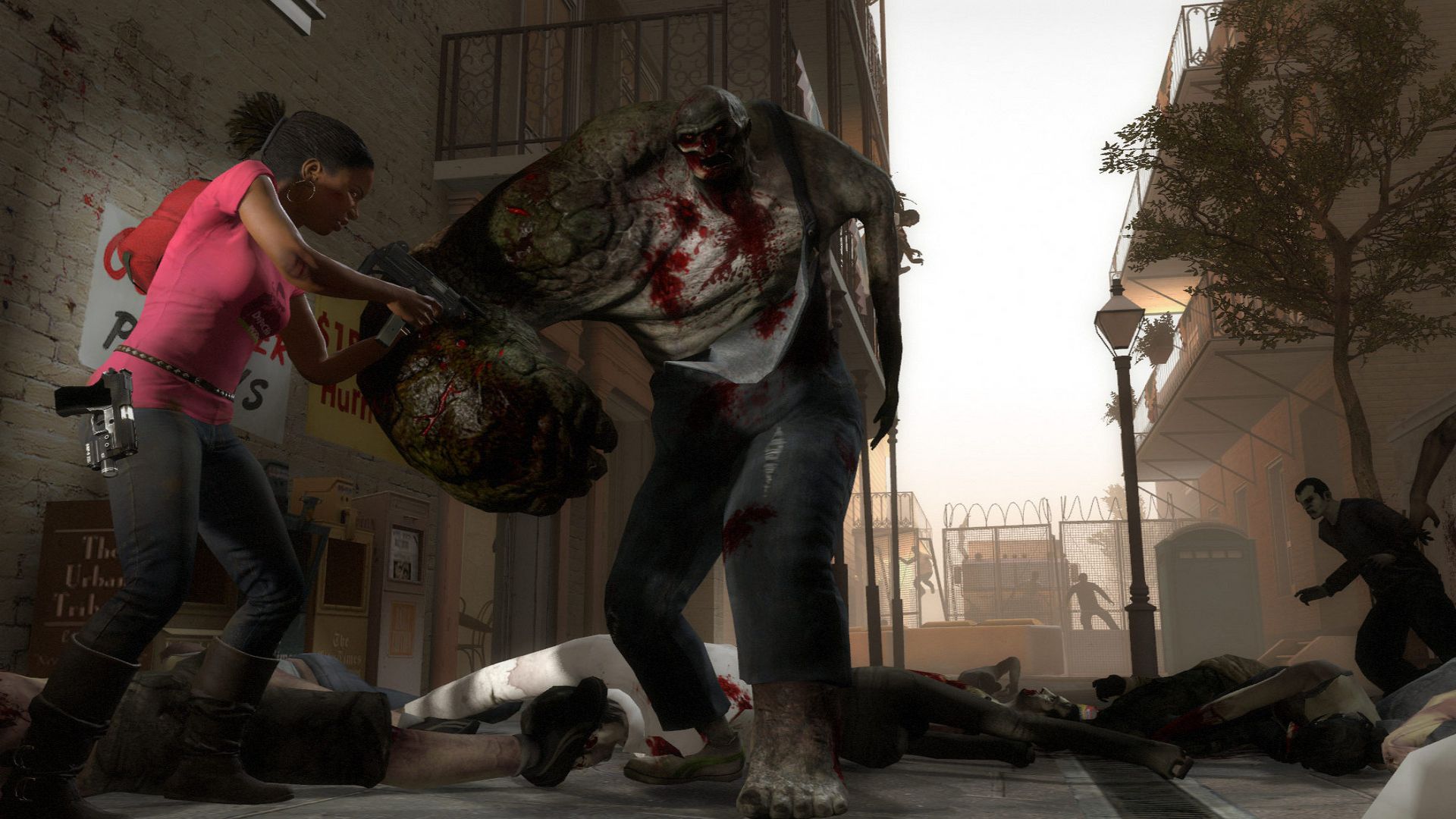 Special Infected – these guys mean business. They come in a few flavours, ranging from supportive to damaging, to full-on minibosses. Special Infected need to be taken care of immediately, as the longer they stay on the field, the more havoc they will cause. It’s also wise to do some research and figure out what they all do.

Recognising the distinct audio stings for Hunters, Smokers, and everything in between and beyond will serve you well. As a general rule though, if you hear crying, immediately go on high alert. Crying signals a Witch, and Witches can quickly take out a team if they accidentally stumble upon one. 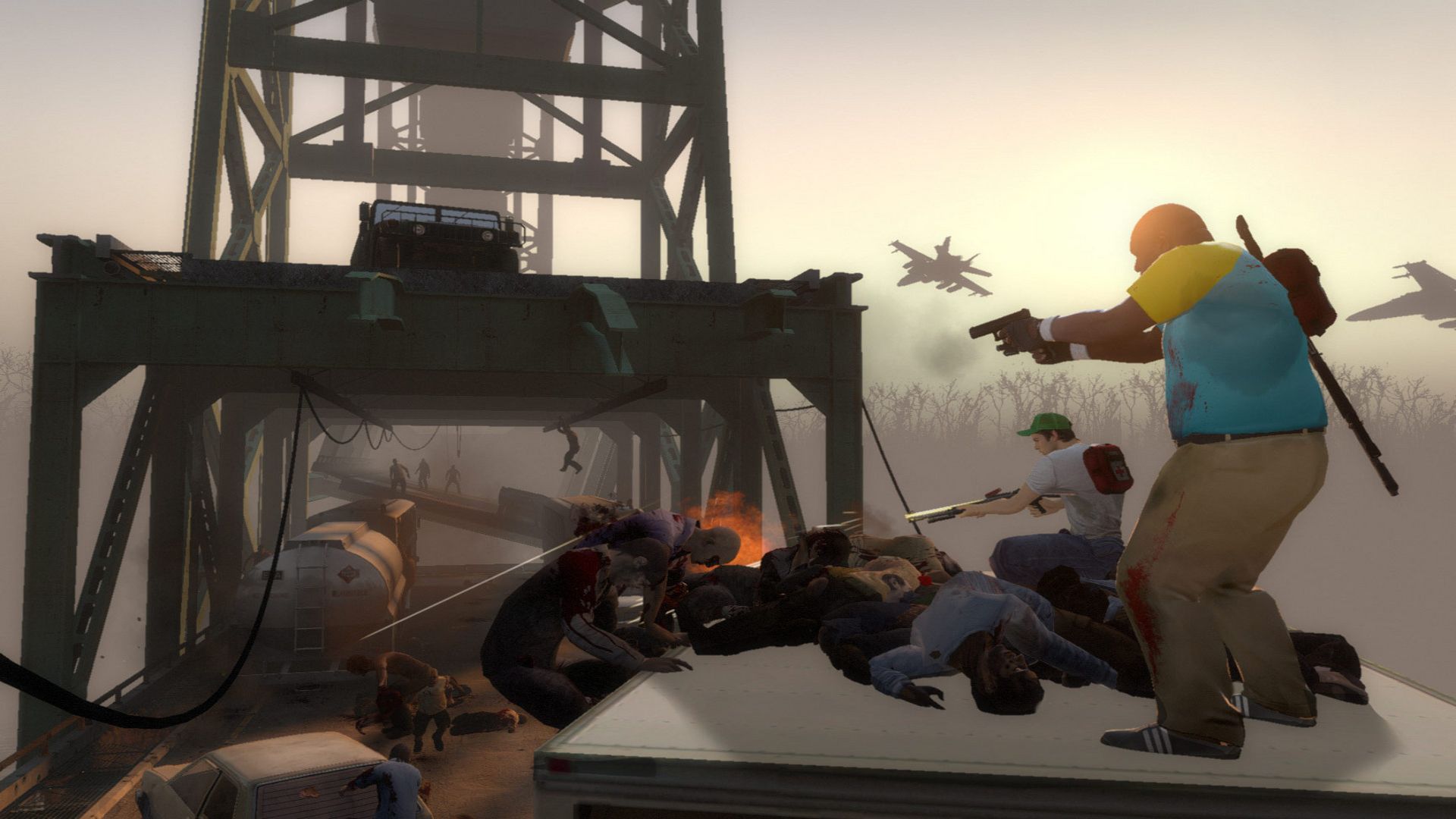 It may seem obvious, but you need to keep moving in Left 4 Dead 2. Staying still, or lollygagging about the place will only increase your chances of being murdered. You want to move through each level at a steady pace, tackling each threat as they come. What you don’t want is to tackle multiple threats in one area because you stuck around for too long.

That doesn’t mean you can’t take a breather or stop for loot of course. There is a balance to be struck between lackadaisical pottering, and meaningfully advancing. Strike that balance and keep your team following the same mentality, and you will be fine. Probably. 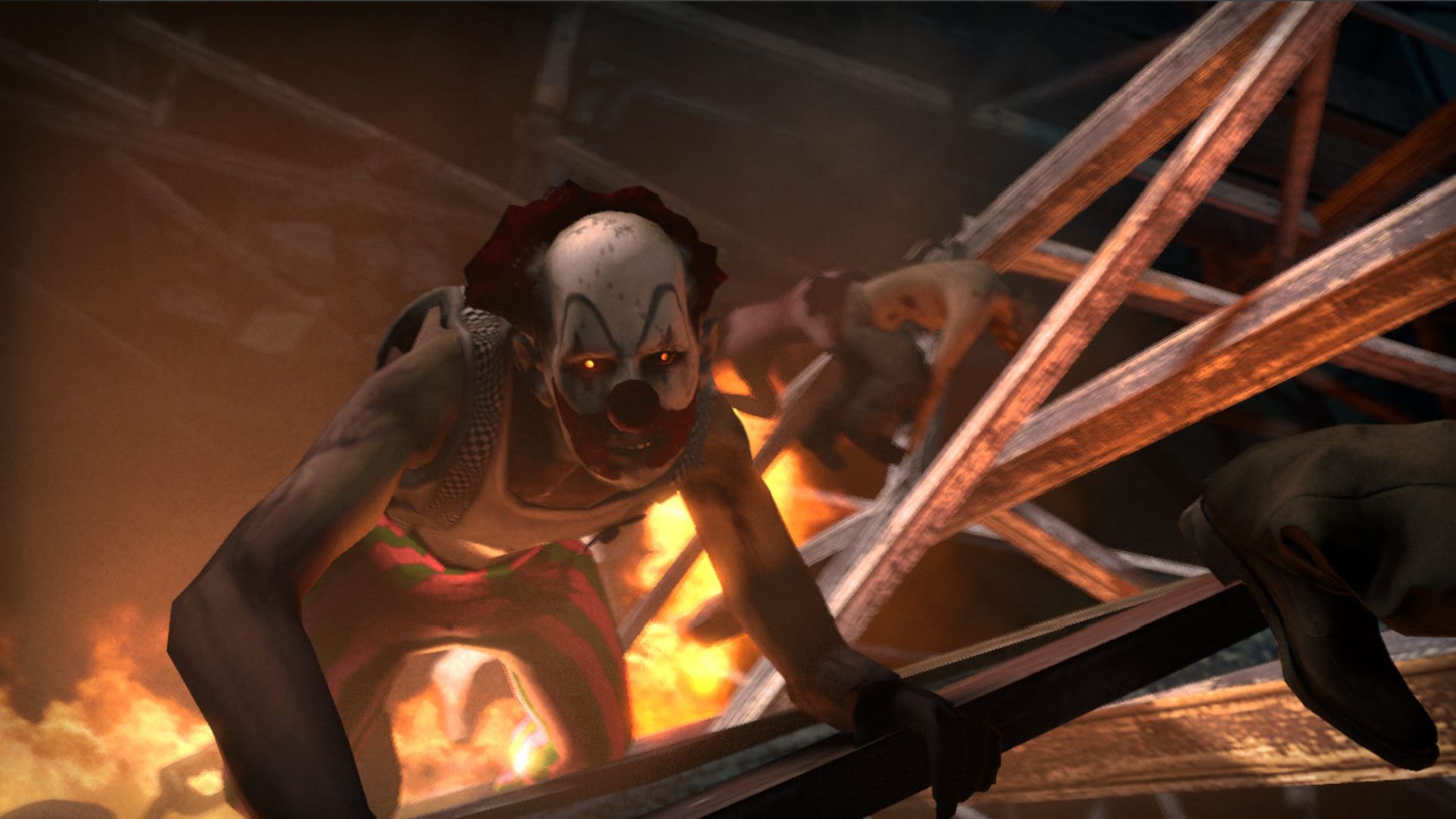 Left 4 Dead 2 has a bunch of Campaigns, and each Campaign has a handful of levels to blast through. Each Campaign is a unique mix of themes, gameplay mechanics, visuals, and design. Going in blind will of course be your first encounter with any encounter, but you should use this time to absorb everything.

Knowing when a level is likely to drop a Crescendo, where a Witch might spawn, or where weapons can appear can make the difference between life and death. Not only that but understanding how to complete each objective – especially during a finale – will drastically increase your odds of coming out with a win. 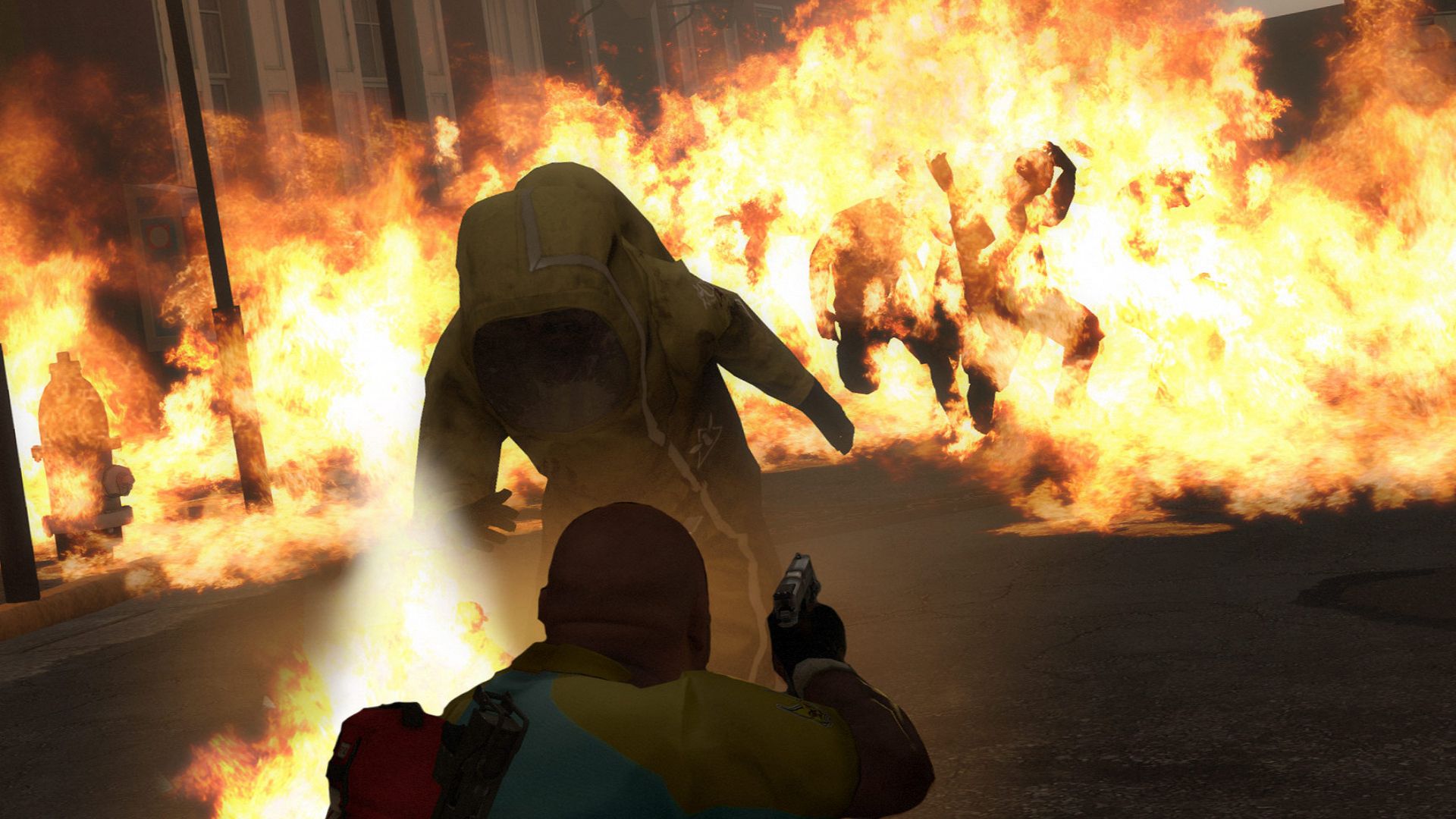 This heading is a bit misleading because the Grenade Launcher is one of the best weapons in the entire game. The thing is, as a beginner, you are probably going to be a hindrance when using it. This is because Left 4 Dead 2 has splash damage and friendly fire enabled. This combination is a recipe for disaster.

Not only can a badly timed grenade damage (or even kill) you, but it can do the same to your friends. This is especially true on higher difficulties where one wrong grenade can more or less doom your entire run. Until you have more experience, put the explosives down. You can thank us later (and so can your team).

1 Every Man For Himself 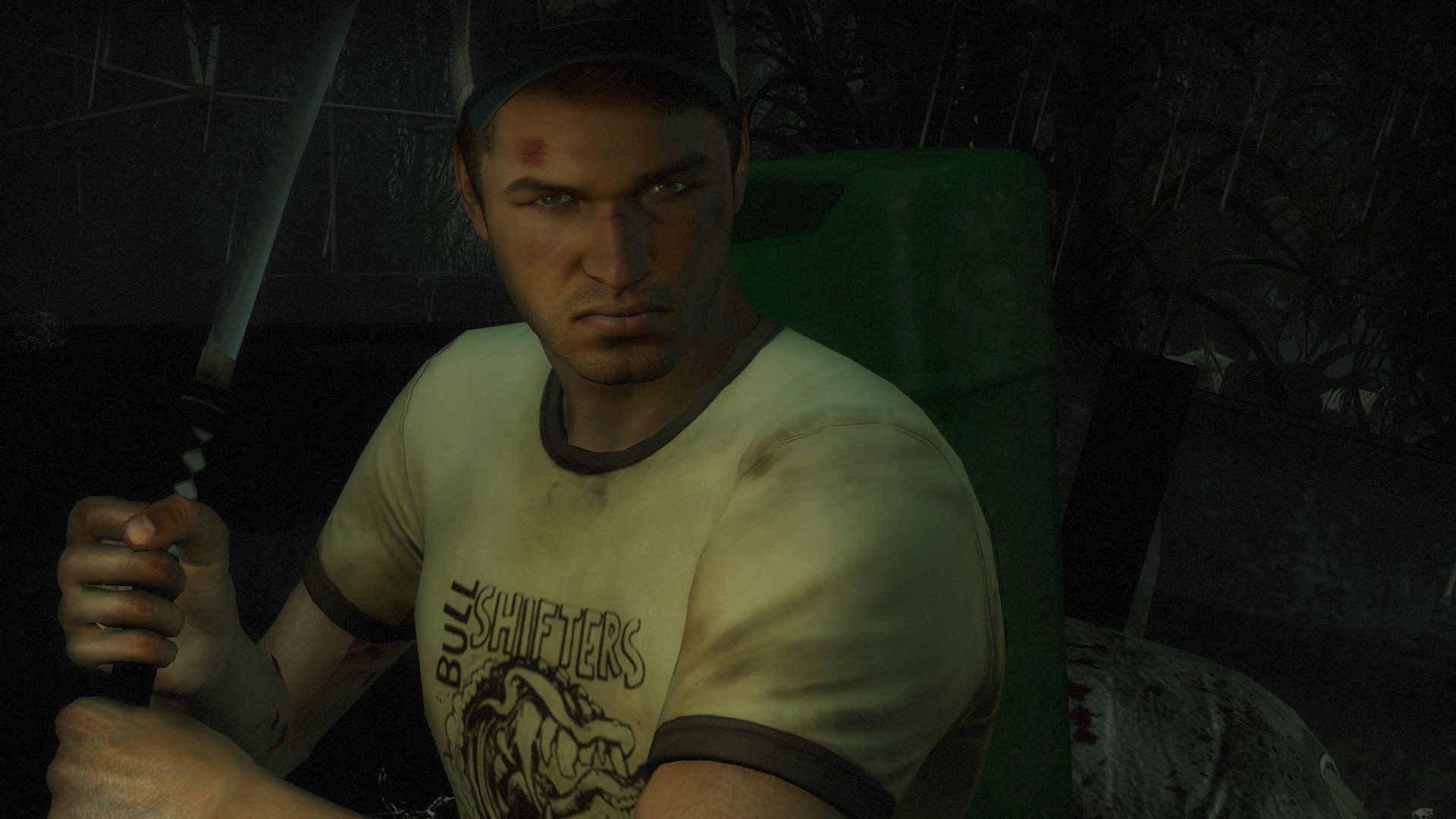 This last tip may sound antithetical to everything we said early, however, it is paradoxically true in certain circumstances. This is most evident during the final moments of a finale. Sometimes, things go south. Sometimes, your team is faltering and it looks like everyone might not make it.

Here’s the rub – not everyone has to make it. In fact, for a win, only ONE person has to survive. In a situation where you can escape and your team is in a bit of a bind, consider abandoning them to their fate. Of course, if you CAN save them, then go ahead. But if you are going to save them dooms the entire run, well, let’s just say friendships can quickly end.