The fighting game genre has many recurring series, such as Guilty Gear, The King of Fighters, Street Fighter, and Tekken. While new entries in these major series are great, 2021 saw the release of Melty Blood: Type Lumina, a new entry in a series that hadn’t seen a new release in over ten years, shocking fans as very few were ever expecting a new Melty Blood game to see the light of day. 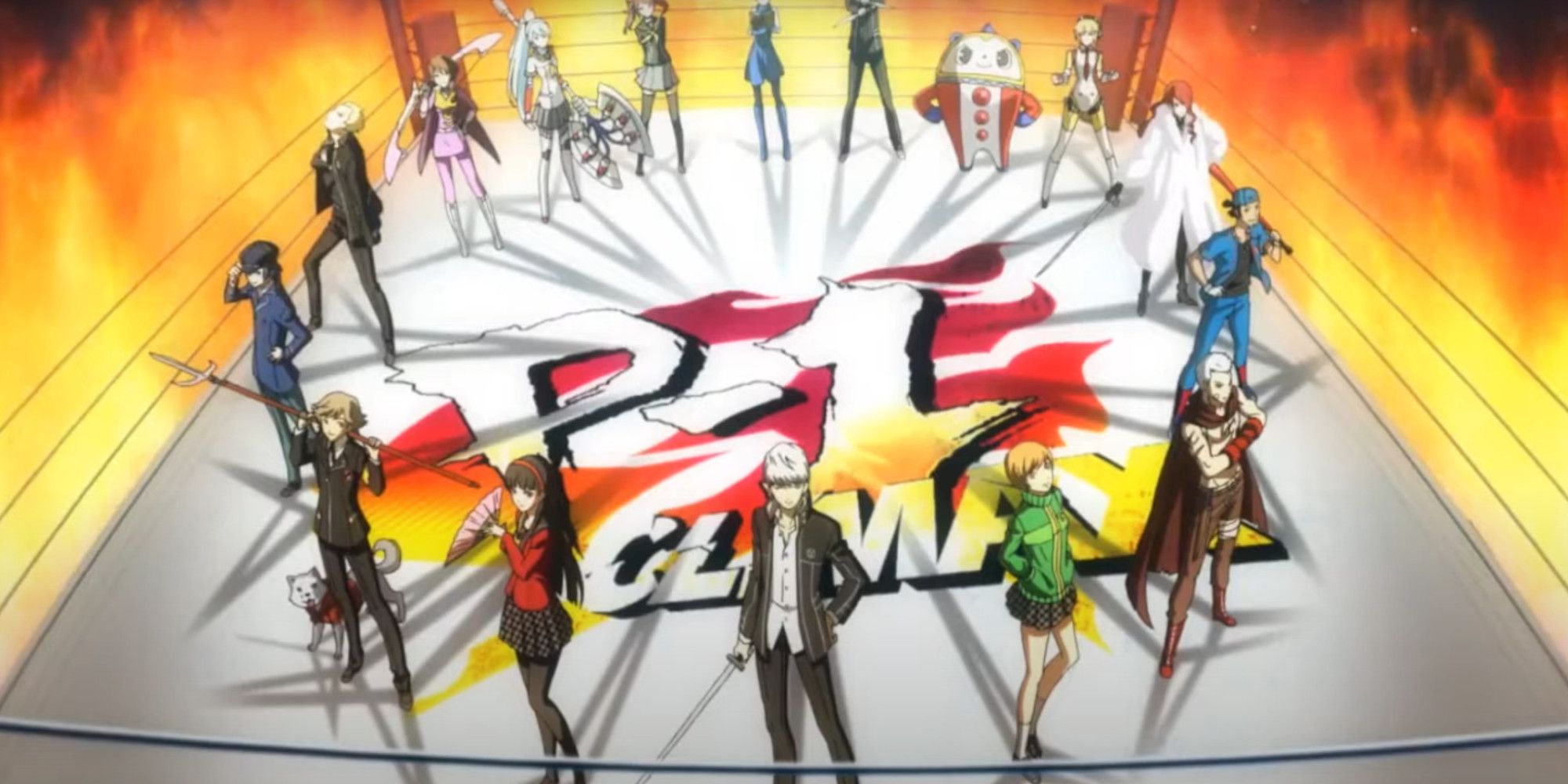 With how much Persona has exploded in popularity since Persona 5 released, it would be great to see Arc System Works develop a new Persona fighting game based on Persona 5, with the possibility of returning characters from Persona 4. 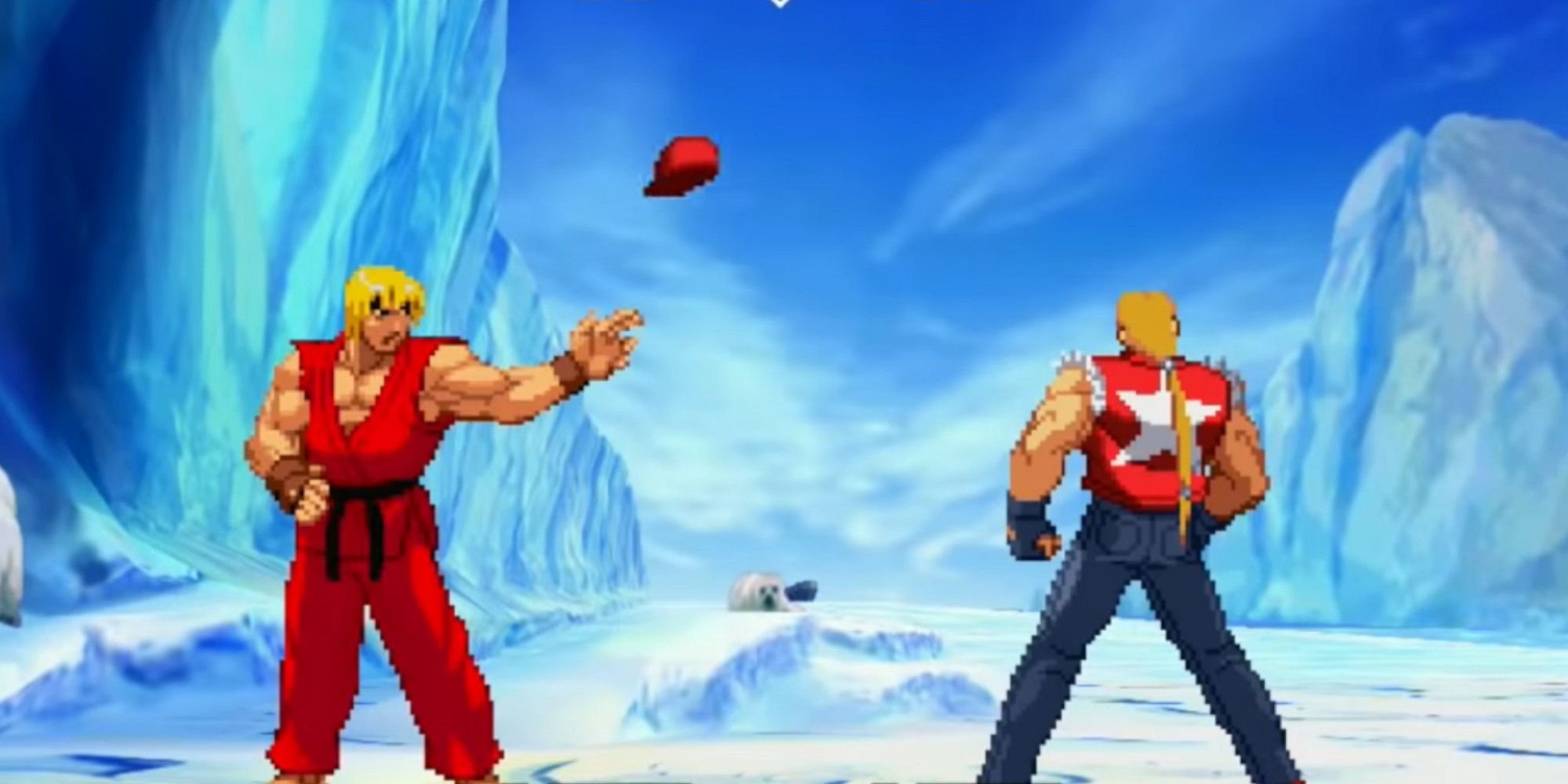 Released in 2001, Capcom Vs. SNK 2 is a legendary crossover game featuring two fighting game giants. One of its defining features is the Groove system. This allows you to select between six different play styles, all based on specific Capcom and SNK fighting games from the time.

Given how many fighting games have come out from both developers since then, the possibility of a new game with grooves based on newer titles is exciting. Recently, KOF 15 producer Yasuyuki Oda said that “both parties are interested in making it (CvS3) a reality” so there may be hope for a third entry in the future. 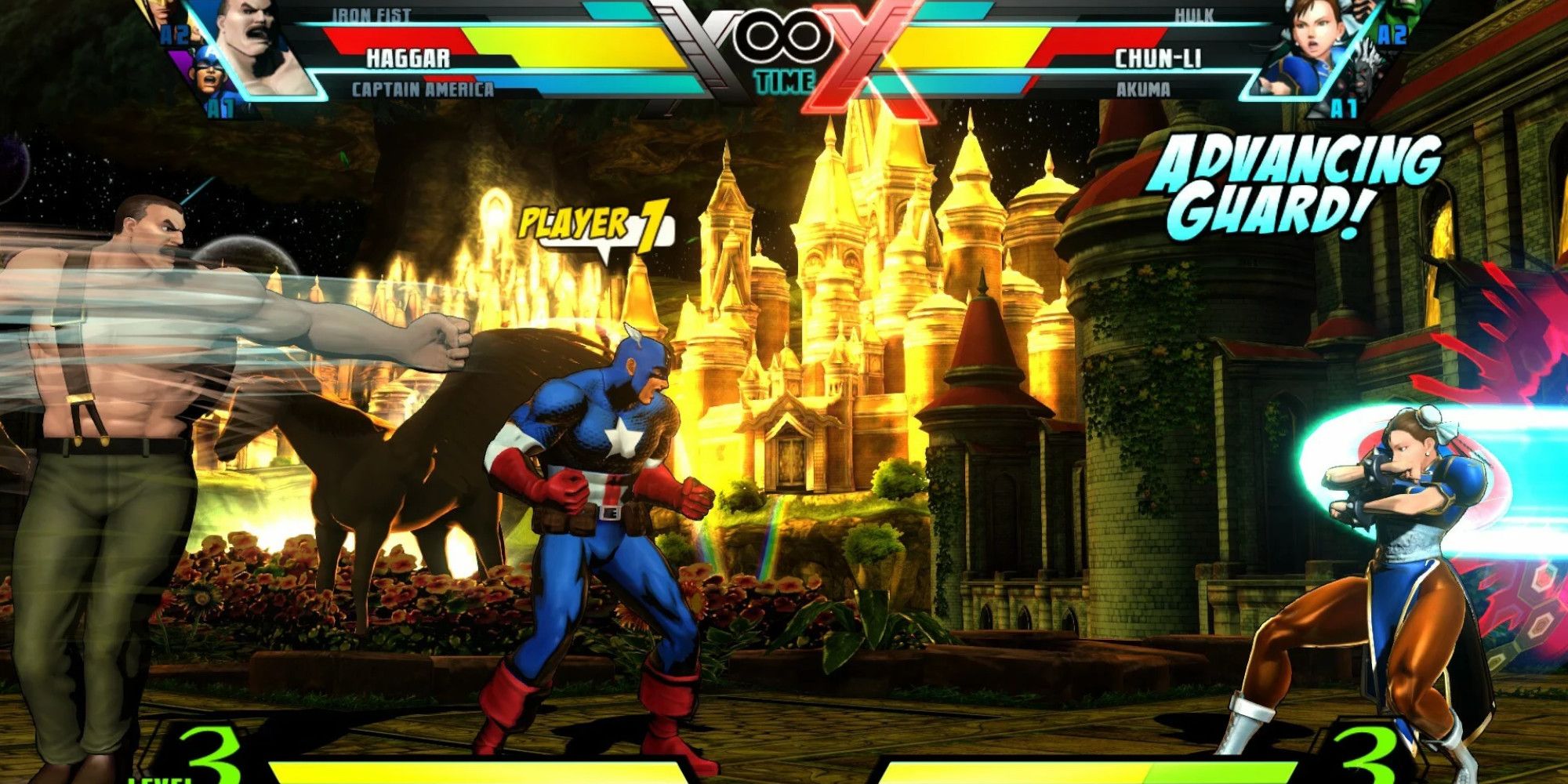 A series that needs no introduction, the Marvel vs. Capcom series is almost as iconic as Capcom’s flagship fighting game Street Fighter. The star-studded tag team fighter between comic book and gaming giants has given us some of the most beloved fighting games of all time. Marvel Vs. Capcom: Infinite did release in 2017, but many fans were disappointed by it, and long for a new entry that captures the energy of games like Marvel Vs. Capcom 2 and 3.

While it’s hard to imagine a new entry happening given the current state of Marvel and Disney, a new game that lives up to the older titles would be a dream come true for fighting game fans. 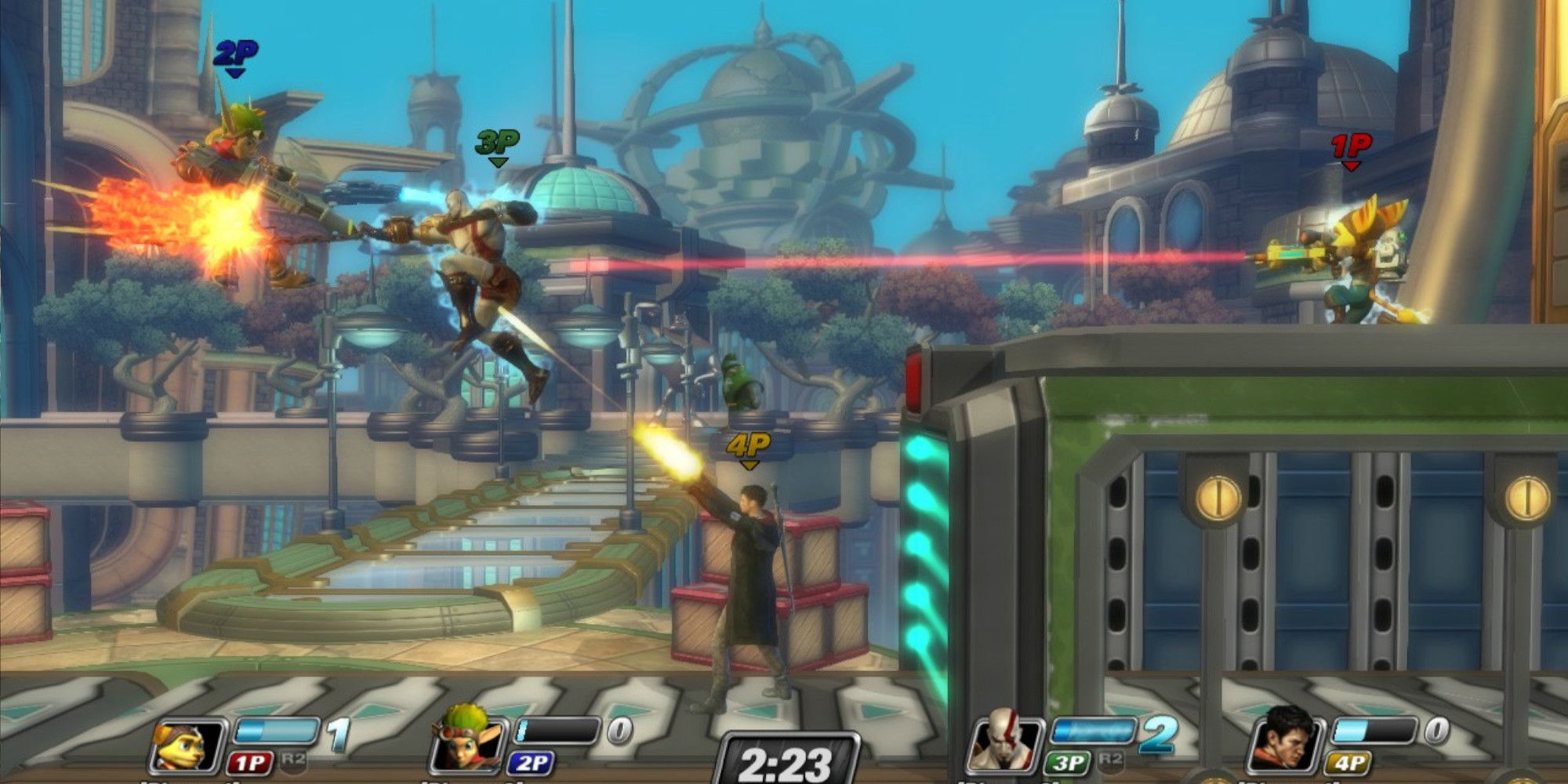 Positioned as a competitor to Nintendo’s Super Smash Bros., Playstation All-Stars is a platform fighting game featuring a wide array of Playstation characters. Rather than knocking opponents off of the stage like in smash, Playstation All-Stars' main gameplay mechanic revolved around building up meters to unleash a super attack to decimate the opponent.

The concept of a fighting game featuring Playstation's most iconic characters is great, but the execution left a lot to be desired, both within the gameplay and the roster. A new game in the series has the potential to be great if done properly, but it's up to Sony to give it the chance it deserves. 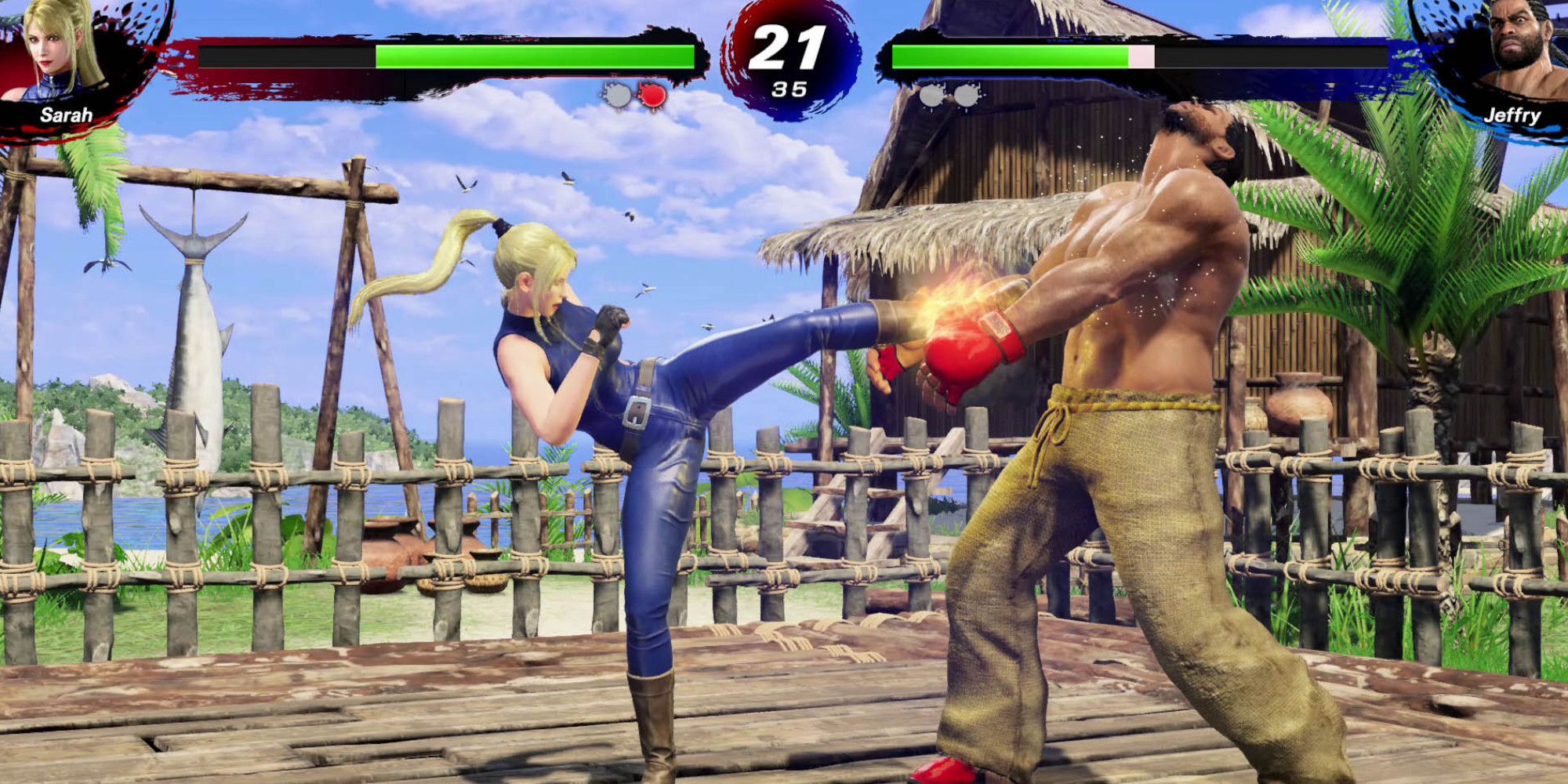 One of the most influential fighting games of all time has surprisingly not seen a brand-new release in over a decade. While Virtua Fighter 5 has had some updates and re-releases, most notably Virtua Fighter 5 Ultimate Showdown in 2021, there hasn’t been a brand new Virtua Fighter game since the original fifth installment in 2006.

A new Virtua Fighter almost feels like an inevitability at this point. Given the re-release of 5, and with a Virtua Fighter x Esports project revealed in 2020, it seems like Sega is gearing up towards some sort of Virtua Fighter announcement, but only time will tell. 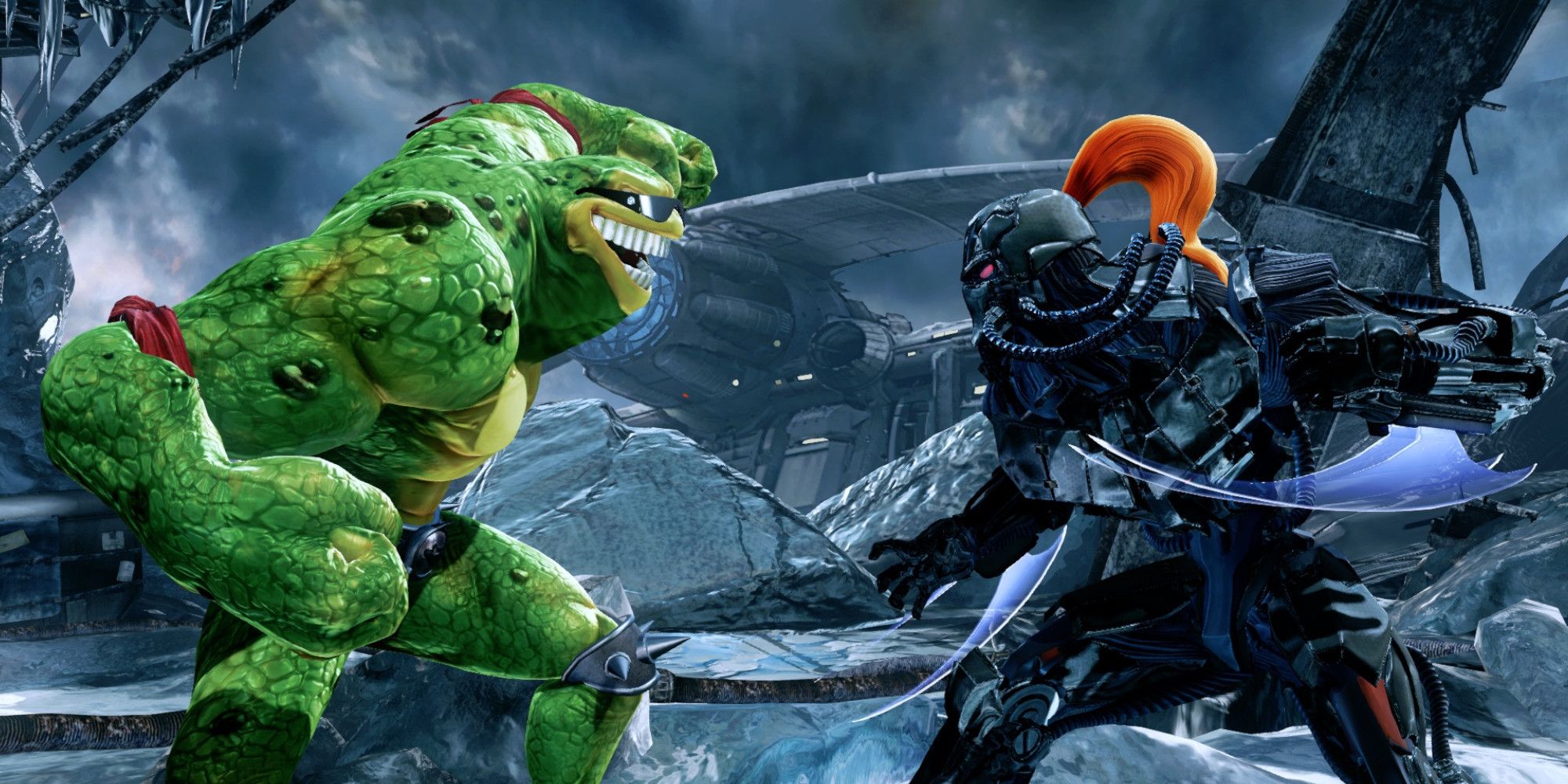 An absolute treasure of the '90s era of fighting games, Killer Instinct captured the hearts of many with its intense action, over-the-top attitude, and iconic lines such as “Combo Breaker” and “Ultra Combo” that any retro gaming fan will associate with KI. 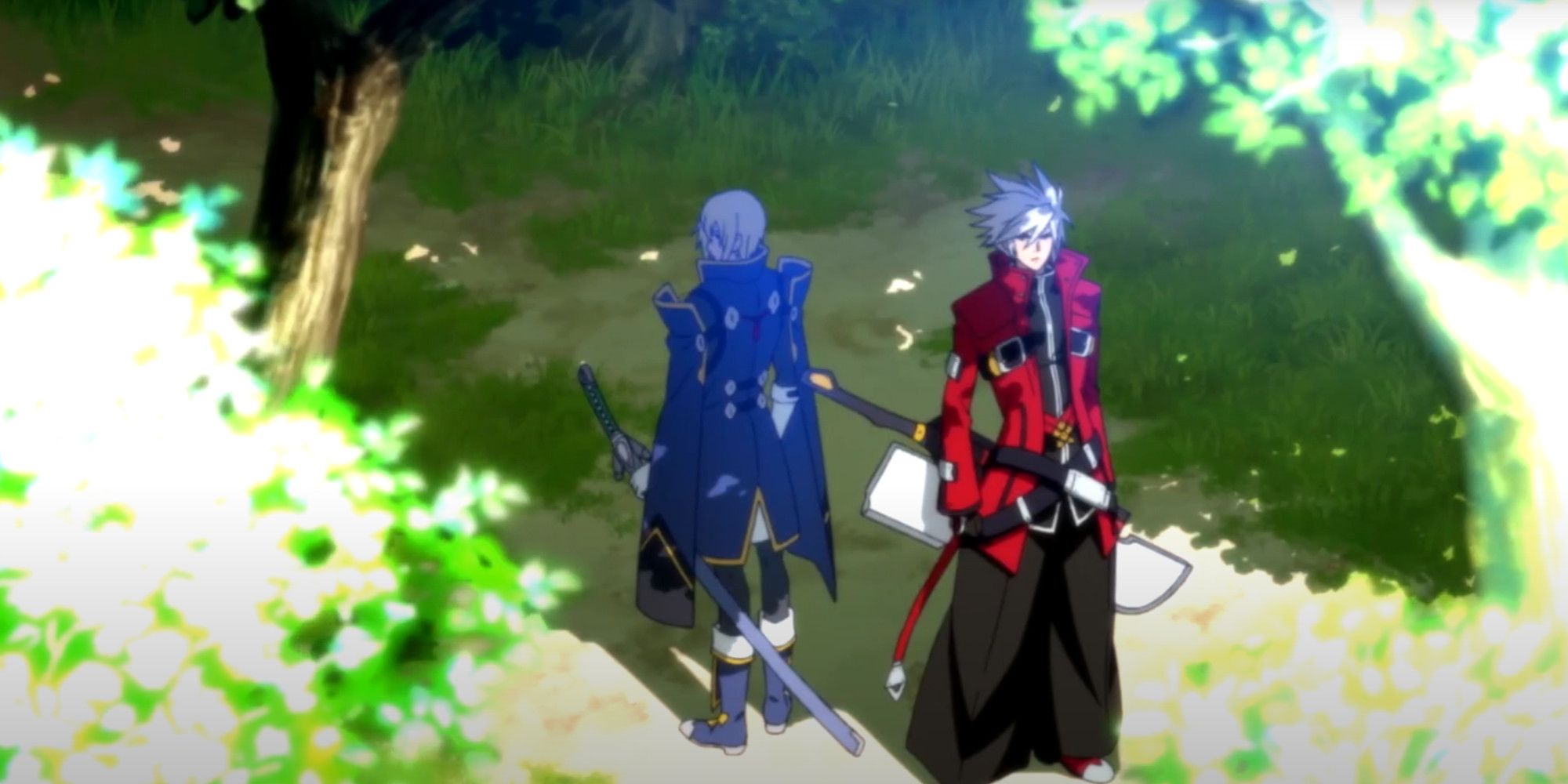 Originally released in 2008, BlazBlue was intended to be a spiritual successor of sorts to Guilty Gear. While the two are vastly different games, many staple mechanics from Guilty Gear found their way into BlazBlue as well. This meant that fans were worried that BlazBlue would mean the end of Guilty Gear.

Eventually, both parties were made happy in 2014 when Guilty Gear: Xrd released. Since then Guilty Gear has enjoyed two new entries, however, BlazBlue has remained in the shadows. The latest version of BlazBlue was released in 2015 with BlazBlue Centralfiction, and while BlazBlue: Cross Tag Battle did come out in 2018, it was more of a spin-off than a main entry.

Unfortunately, the likelihood of a new game seems grim, as BlazBlue director Toshimichi Mori left Arc System Works in September 2022. Even so, a new BlazBlue with a fresh coat of paint, similar to how Guilty Gear was treated in 2014, would be incredible to see. 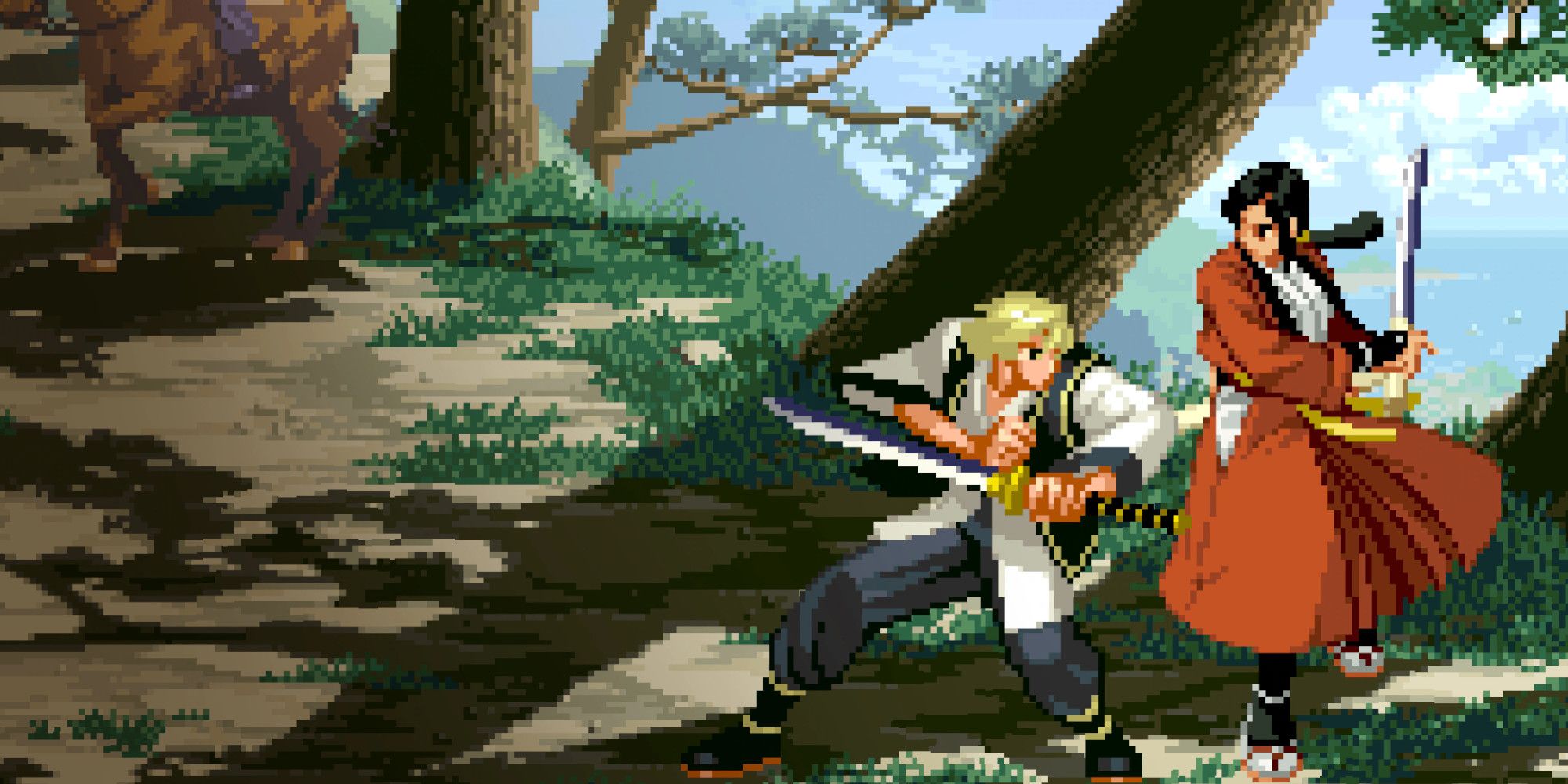 While being best known for The King of Fighters, SNK has a treasure trove of other classic fighting games. The Last Blade is a fighting game that takes place in 19th Century Japan with a heavy focus on fighting with weapons. The game offers two different playing styles, speed and power, and has a "deflect" mechanic, allowing you to predict and counter the opponent's moves, similar to parrying in Street Fighter 3.

SNK has been willing to revive some of their classic fighters, as Samurai Shodown got a revival in 2019, and a new Garou: Mark of the Wolves fighter was announced at Evo 2022. While it may be a way out as SNK has its hands full with KoF 15 and the Garou sequel, a new Last Blade game could be in the works later down the line. 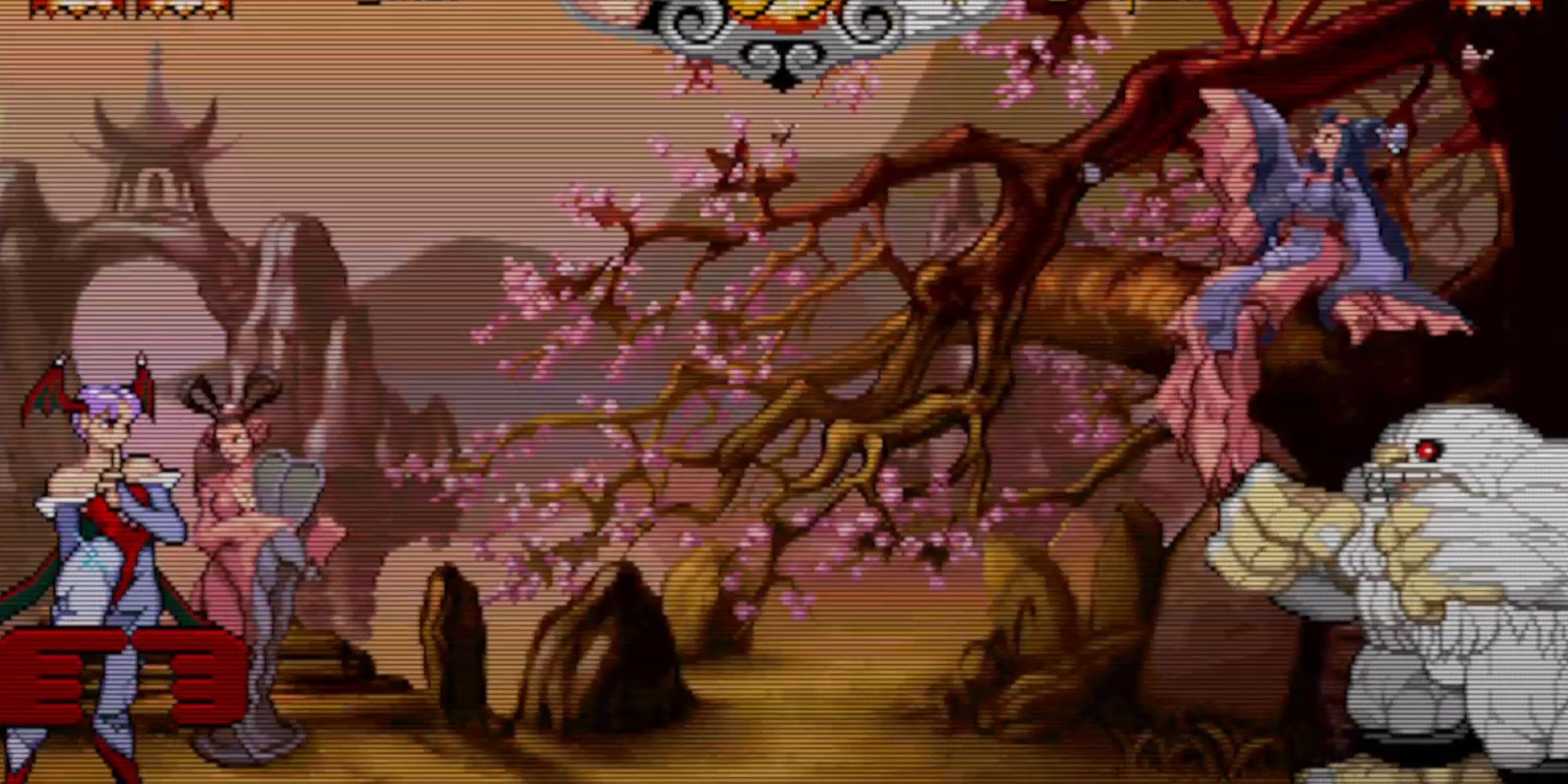 The spookiest fighting series of them all, Darkstalkers is beloved by many fighting game fans and is known for its high-speed gameplay and horror-themed characters. There hasn't been a new entry outside of ports since Vampire Savior (A.K.A: Darkstalkers 3) in 1997, though there was a Japan-exclusive update called Vampire Savior 2 later that same year.

The possibility of a fully-fledged game seems to be rather grim. Despite what appeared to be a teaser at New York Comic-Con 2012 featuring the tagline “Darkstalkers are not dead”, over a decade has passed, and a new game has not materialized. While we may never get a true successor, Vampire Savior continues to be played at major fighting game tournaments to this day, showing true love from the fans, regardless.