Asobo Studio sends us back to the dreary, bleak world of fourteenth-century France in A Plague Tale: Requiem. Continuing the story of Hugo and Amicia de Rune, it's a dark, emotional adventure that hammers home the narrative of doing anything for your family and always grasping for that last shred of hope when all feels lost.

Following the same structure as the first game, A Plague Tale: Requiem is mainly a stealth game with other action-like qualities. Whether you’re hiding from plague-infested rats or patrolling guards, there’s danger around every corner for Hugo and Amicia. Utilize these beginner tips to have success in navigating through this unforgiving world. 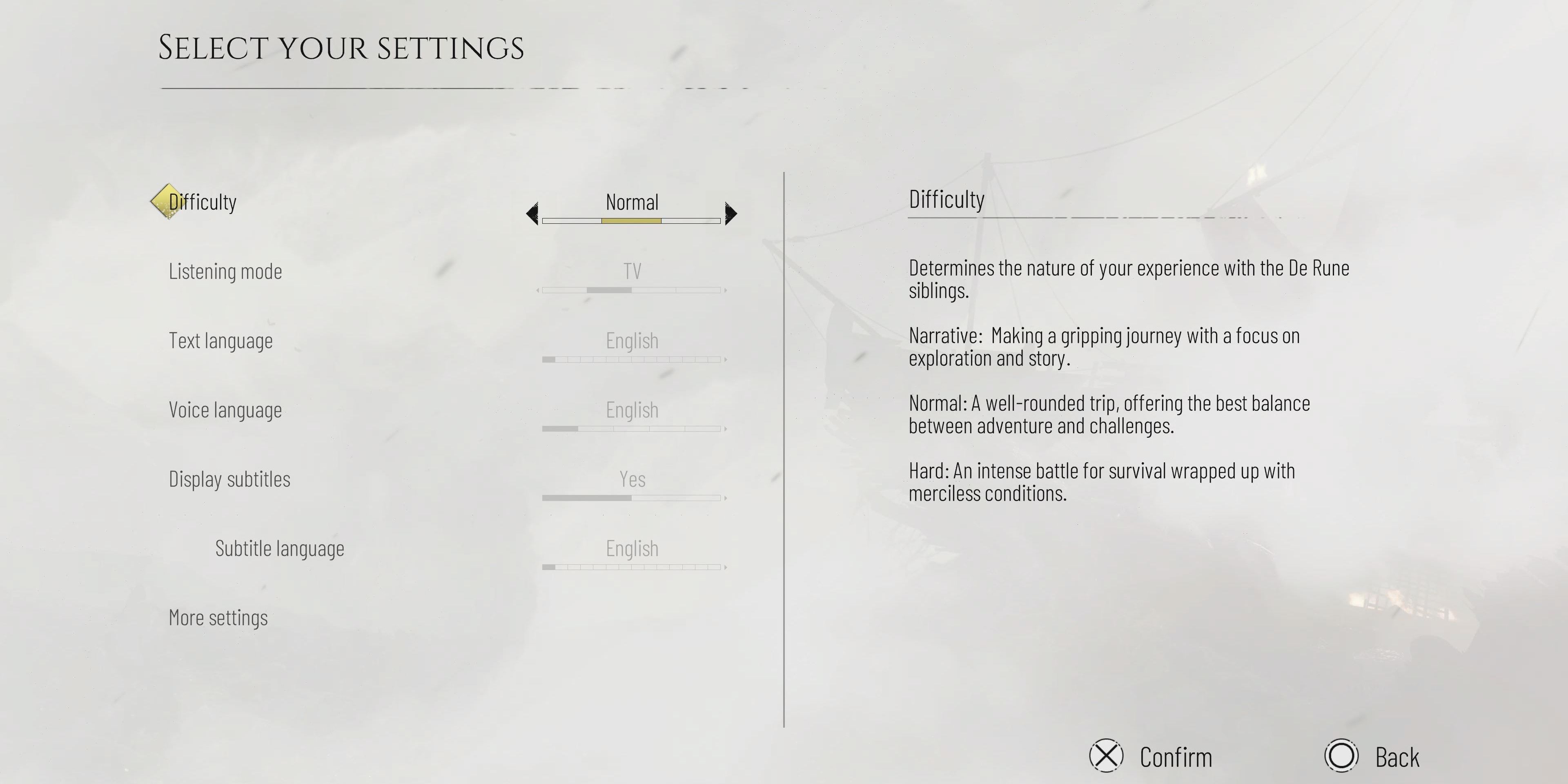 The first major decision in the game is selecting the appropriate difficulty setting. There are three different settings for A Plague Tale: Requiem: Narrative, Normal, and Hard. While many will immediately flock to Normal, be warned that some areas might have you banging your head against a wall so consider testing your skills on Narrative.

There’s no shame in playing the game on Narrative. Similar to other games that deal with crafting and collecting resources, the number of resources you find throughout the game will differ based on the difficulty. Various enemy types will also be easier to defeat, so if you’re not looking to overexert yourself in the game, try playing through on Narrative. You will have the option to start a New Game+, allowing you to test your skills on a harder difficulty or take advantage of the game's multiple saves feature and have several campaigns at once. 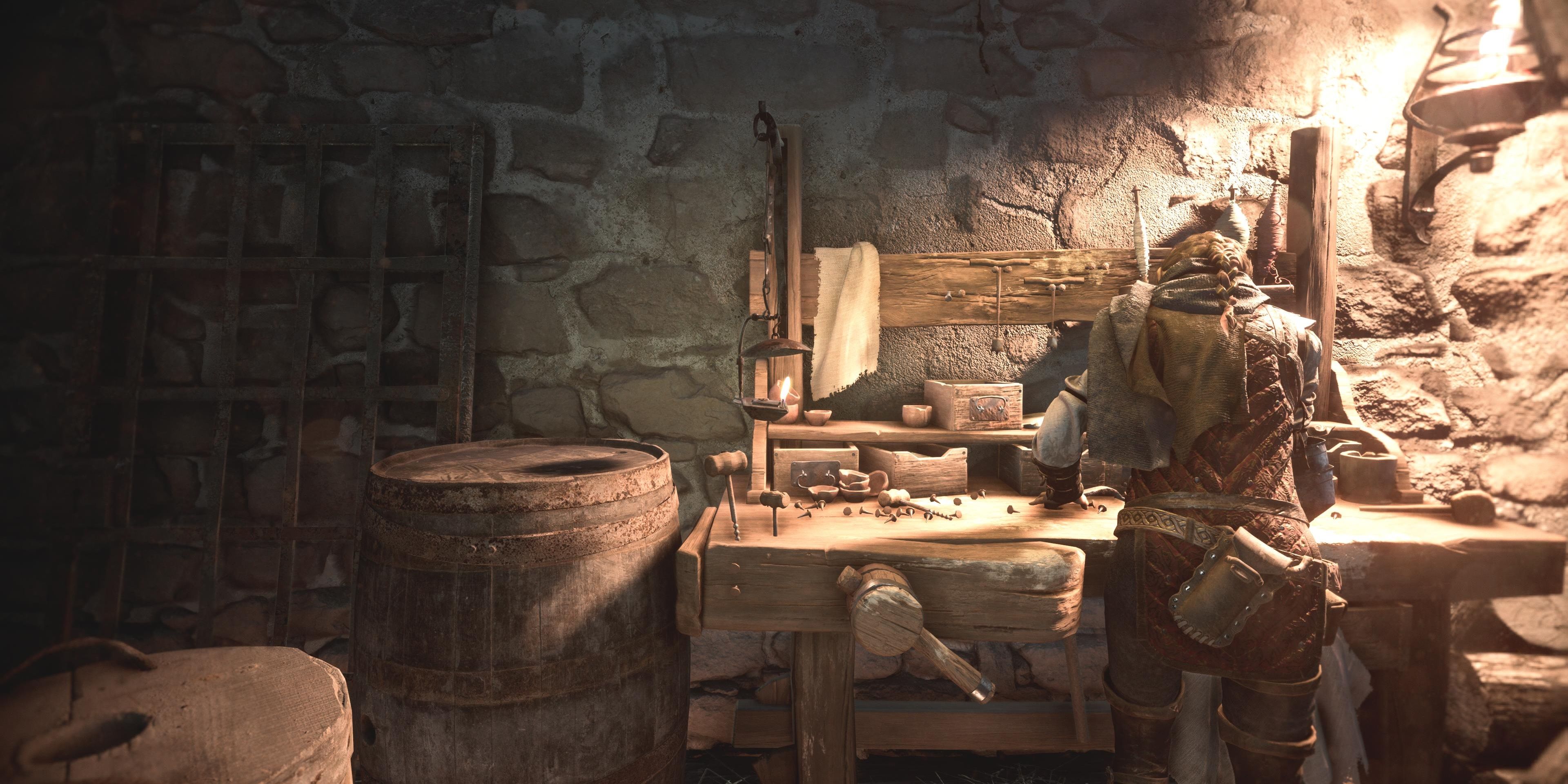 Throughout the game, Amicia will find Tools and Parts that she can use to upgrade her arsenal of weapons and gear. There are five areas that Amicia can upgrade: Sling, Crossbow, Alchemy, Gear, and Instruments. Within each section, there are a total of three upgrades, and the cost of each upgrade will increase. Amicia is only able to upgrade her weapons and gear at workbenches scattered throughout each chapter, unless she’s unlocked the Traveller Tools.

While it might be tempting to focus on upgrading her Sling and Crossbow for offensive purposes, consider the three other categories. Upgrading her Gear and unlocking the Ringed Belt will allow Amicia to carry an additional pot, one of the game’s most scarce resources.

The first Alchemy upgrade, Hidden Pockets, helps her carry more alchemical ammo, while the Recycling Tool, the first Instruments upgrade, will break down any extra pots, knives, Pyrites, or bolts into upgrade pieces. The Recycling Tool can help Amicia quickly gather enough pieces to create a domino effect in upgrading her other abilities. 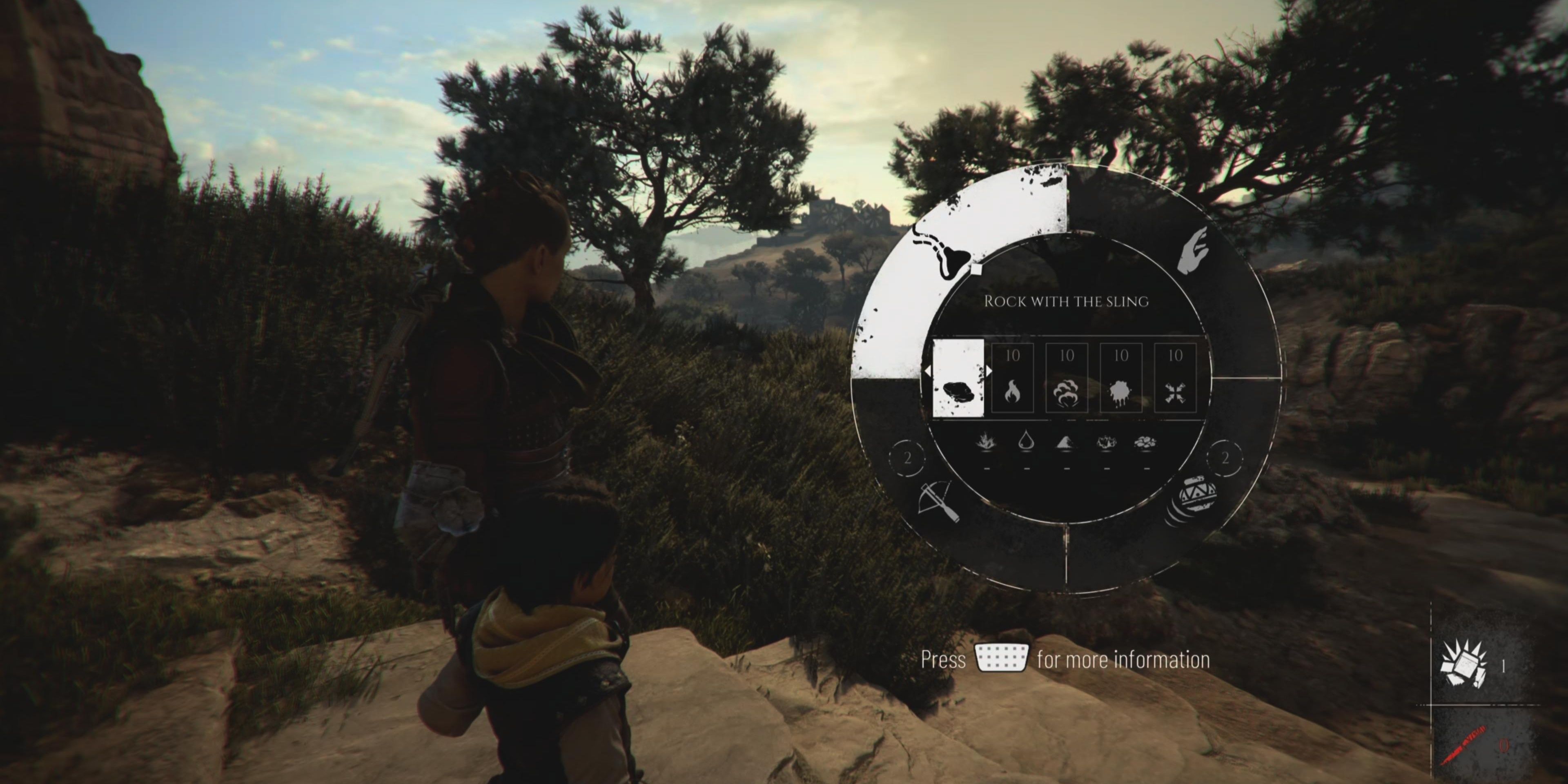 As you advance throughout the game, the weapons you have at your disposal will grow. Amicia will start the game with just her Sling and her hand to throw things, but eventually, she’ll find the Crossbow and have the ability to throw pots filled with alchemical properties. By the end of the game, Amicia will have four different alchemical reactions to brew to mix with her basic rocks.

Switching between the different alchemical properties and the method of how Amicia uses them can be a bit confusing in the middle of a battle, or when trying to escape from rats or guards. The “quick” way is by using the directional pad on the controller to cycle through the different options, but you should use the weapon wheel. Pressing the right shoulder button will bring up the weapon wheel where you can easily select what alchemical weapon to use with the analog sticks. The biggest bonus of using the wheel is it slows the game action, giving Amicia ample time to decide what to use. 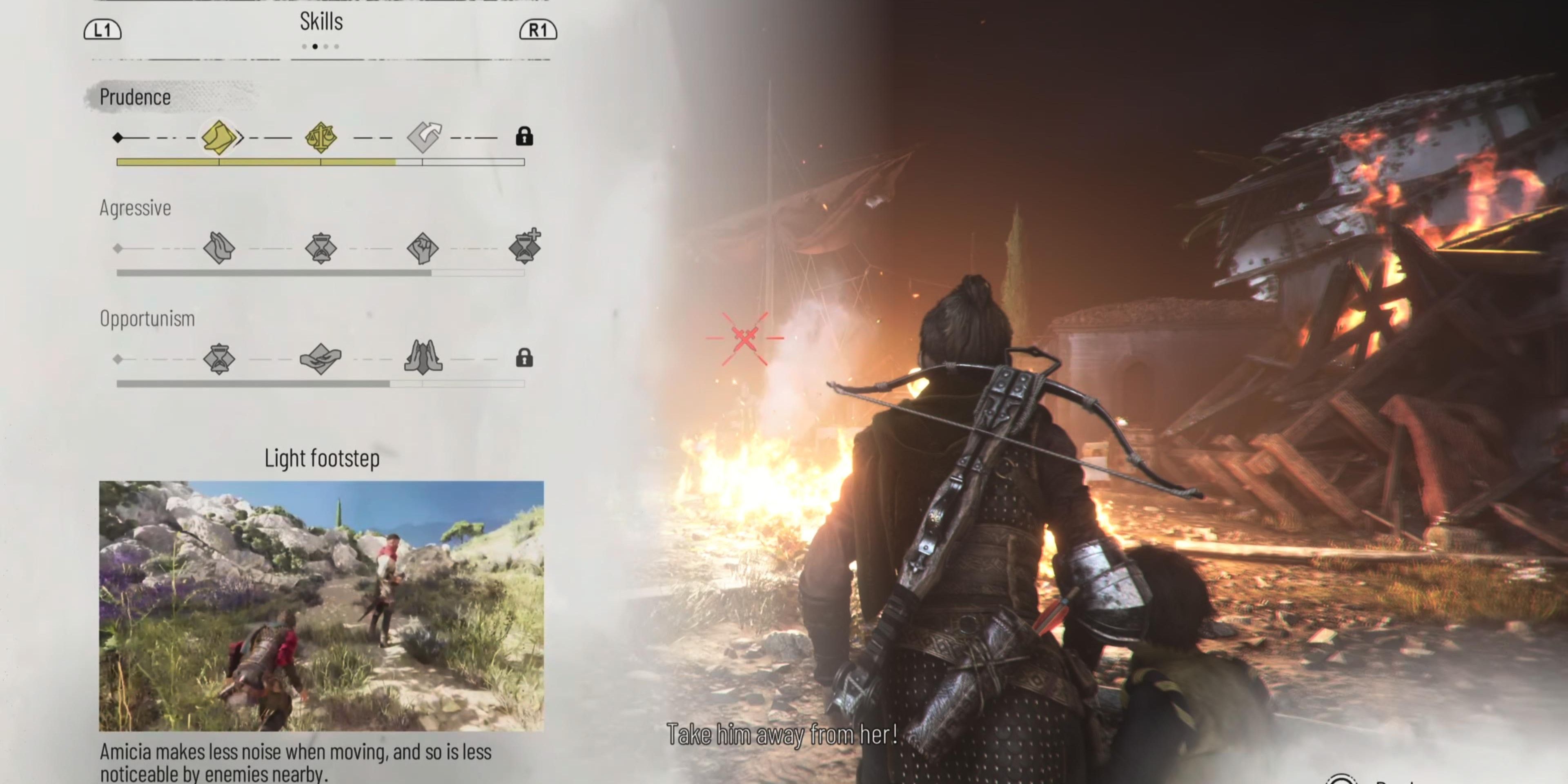 Besides the five categories to upgrade at workbenches, Amicia also has three specialized skill sets that she masters passively throughout the game: Prudence, Aggressive, and Opportunism. How you approach each situation will gradually increase the area and unlock new passive abilities for Amicia. Each section contains four upgrades.

Remaining stealthy and moving quietly will boost Amicia’s Prudence abilities, allowing her to move faster while crouching and creating less noise. Choosing to silence her enemies rather than be silent will improve her Aggressive abilities, letting Amicia recover faster from attacks, push guards into fire pits, and strangle enemies more quietly. Crafting a frequent amount of Ignifer, Exstinguis, Tar, and Odoris will unlock Amicia’s Opportunism abilities, allowing her to craft faster and giving her more alchemical reserves with the same amount of resources.

Save Pots And Bolts 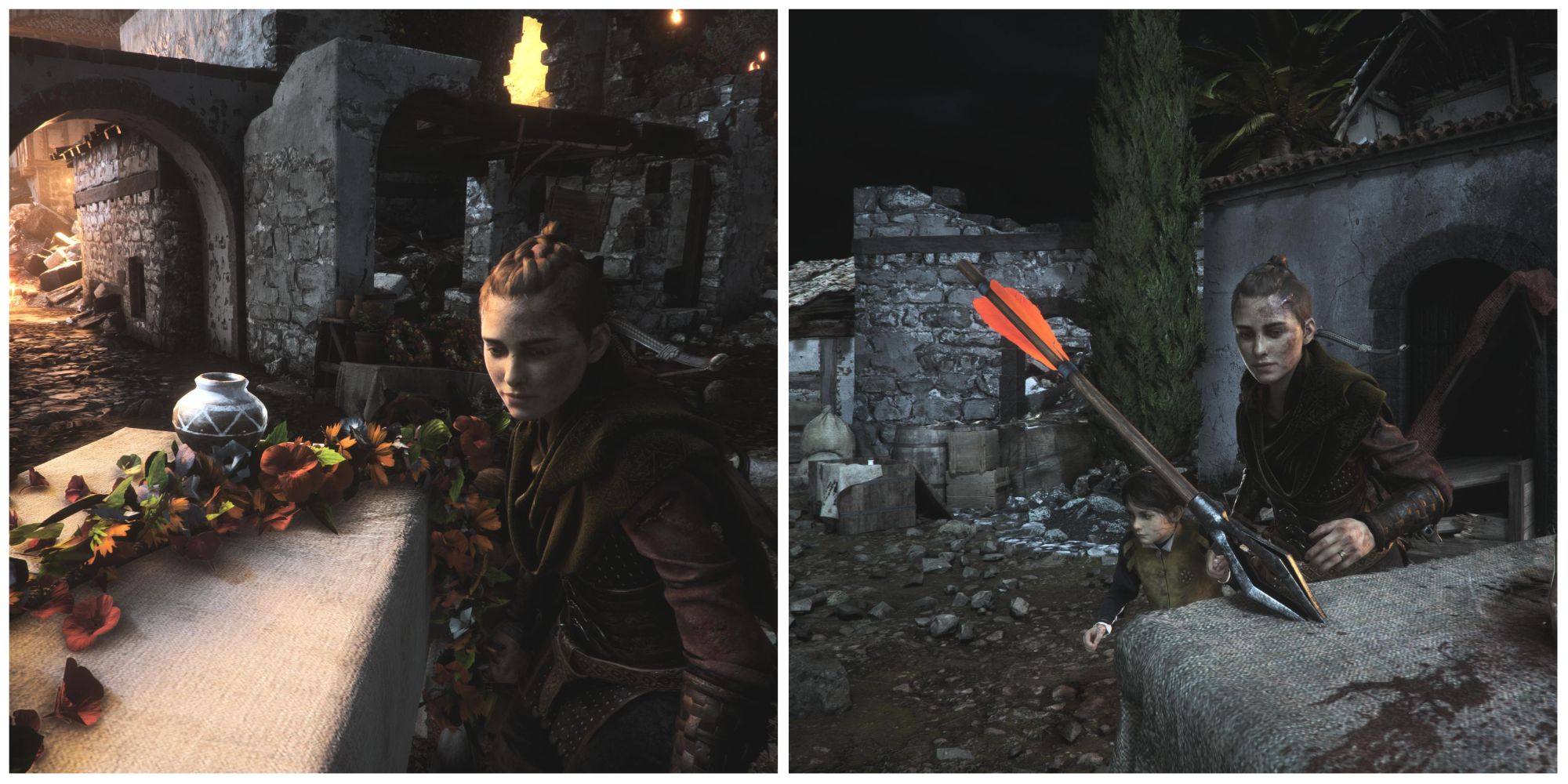 Amicia has four different ways to use her alchemical concoctions: Sling, thrown by hand, Crossbow, and pots. Although using pots is one of the four main ways to craft projectiles, it’s also the most unreliable based on how scarce pots are in the wild. Unless you’re in a boss fight where pots are constantly restocked, it’s highly advisable to save as many pots as possible throughout the game.

Another scarce resource in A Plague Tale: Requiem is bolts. Amicia receives the Crossbow in Chapter Five, and it’s a powerful weapon against guards. While Amicia can kill guards without helmets with a headshot from her Sling, she can’t do the same against helmeted foes. The Crossbow can kill these types of guards, but it’s best to save your bolts for fully armored enemies. These soldiers require a healthy dose of Tar mixed with Ignifer and a few bolts before going down, so holding onto bolts for as long as possible will benefit you in the long run. 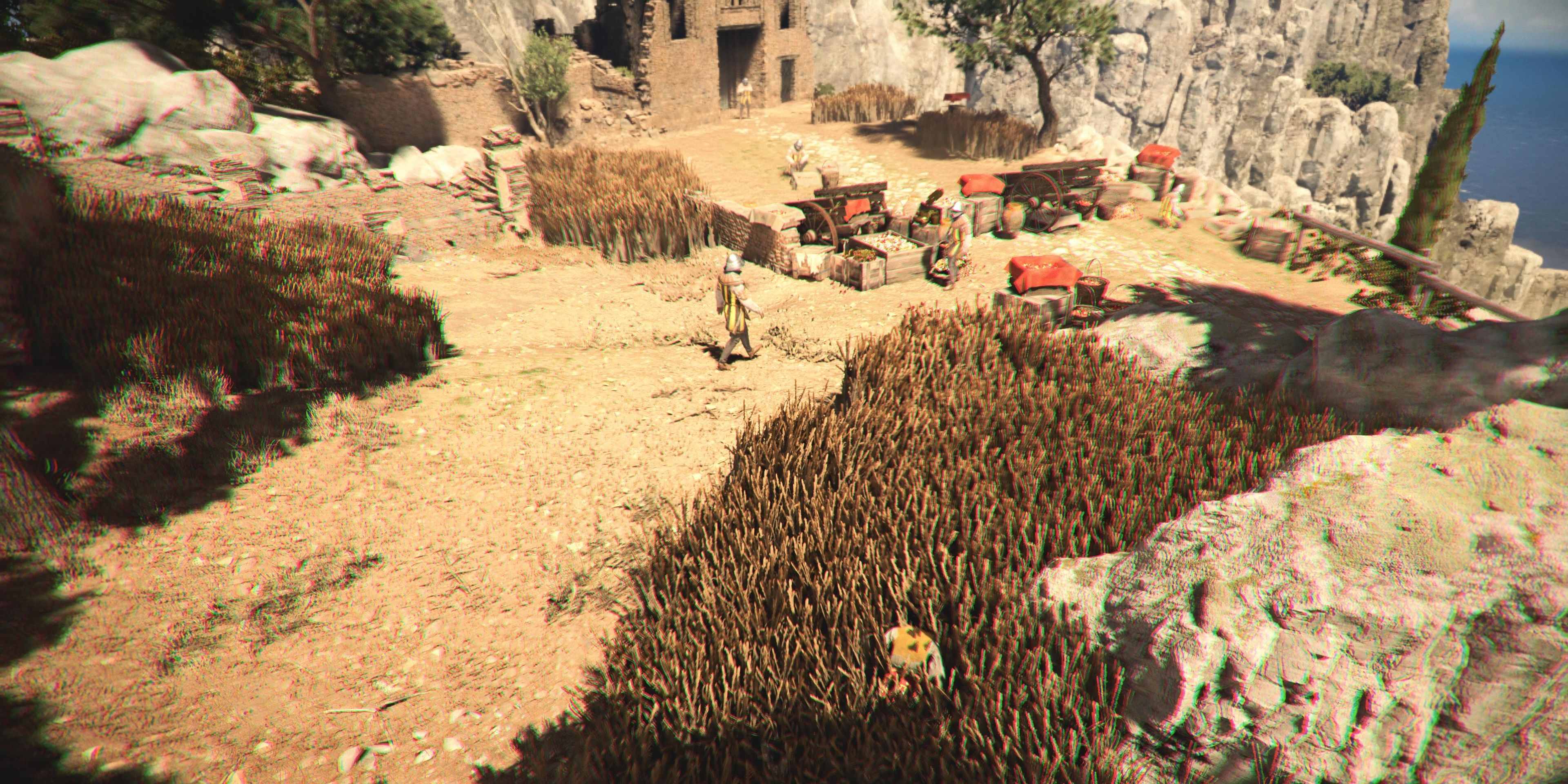 A Plague Tale: Requiem looks stunning, and the Photo Mode allows you to capture every bit of it. But we’re not here to gush about taking pictures; the Photo Mode can be a valuable tool in surveying an area.

When you access the Photo Mode, you can raise and lower the camera and freely move it around the map. This freedom lets you spot enemies that you normally couldn’t see from your vantage point, and can help you plan your route through an area. 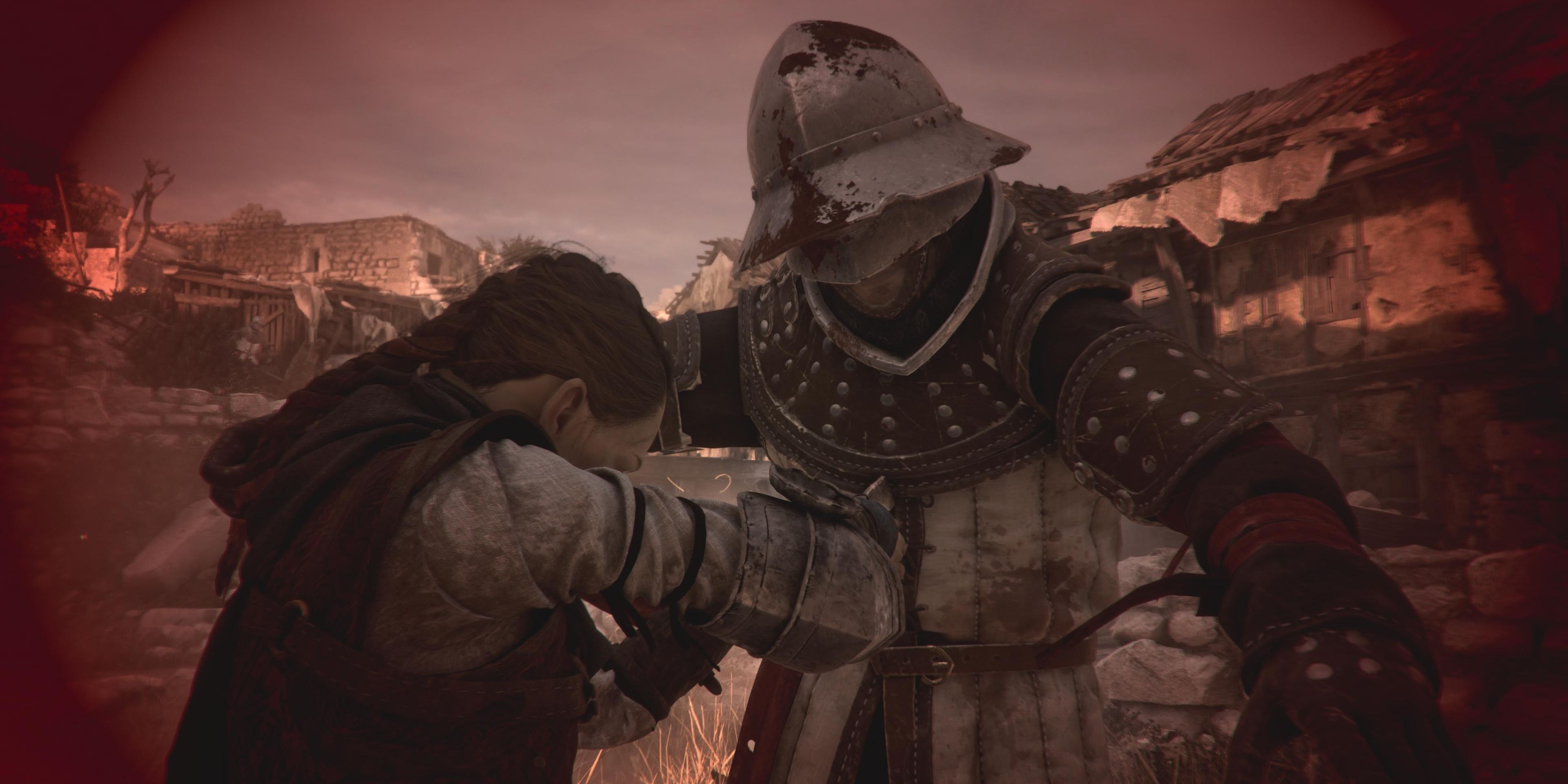 One of the many resources you’ll find in the game is knives. Knives are extremely useful against guards who get the jump on you. If you get knocked to the ground, you’ll be able to perform a Counter strike on guards without armor to temporarily escape. However, if you have a knife, you can stab the guards and kill them.

Although stabbing guards can get you out of a sticky situation, you’ll want to avoid using knives in combat. Throughout the game, Amicia will find locked workbenches that can only be pried open with a knife. The benches will have an assortment of resources, tools, and parts. Finding and unlocking these workbenches will provide a massive boost for upgrading Amicia’s Sling, Crossbow, Alchemy, Gear, and Instruments.

Unable To Use Abilities 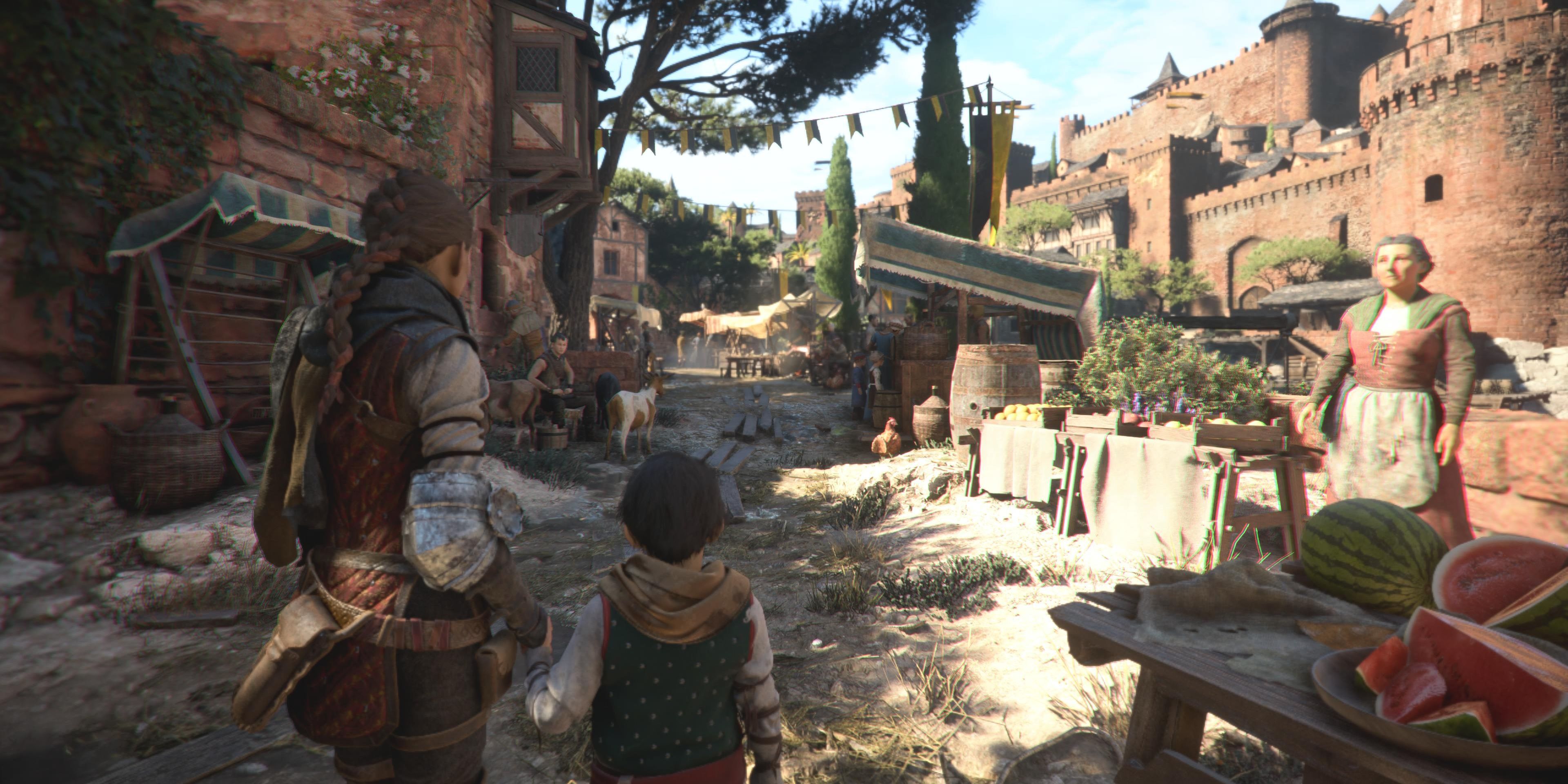 In certain moments throughout the game, Amicia won’t be able to use her full set of weapons and abilities. You’ll also notice that she won’t be able to sprint either. While it might be a bit frustrating to progress at a slower pace, be glad, because that means you’re in a safe area.

Whenever Amicia can run fast or use her tools and supplies, that means there are either rats or guards nearby, or breakable objects that’ll help you advance. Being able to identify when you might get attacked or not by what actions are available to you is an underrated aspect of the game, and one that could save your life.