Following the defeat of Nicholas and the Inquisition, Amicia and Hugo de Rune thought running for their lives was over, and they could live peacefully. Unfortunately, new dangers have risen to threaten the children in A Plague Tale: Requiem.

With the help of an unlikely ally in Arnaud, the siblings set their sights on reaching the mysterious island from Hugo’s dream. The trio finds the Sea Scorpion, Sophia, who agrees to help Amicia and Hugo on her ship. Follow this guide to navigate through one of the game’s shortest chapters, A Sea of Promises, as the de Rune siblings arrive at La Cuna. 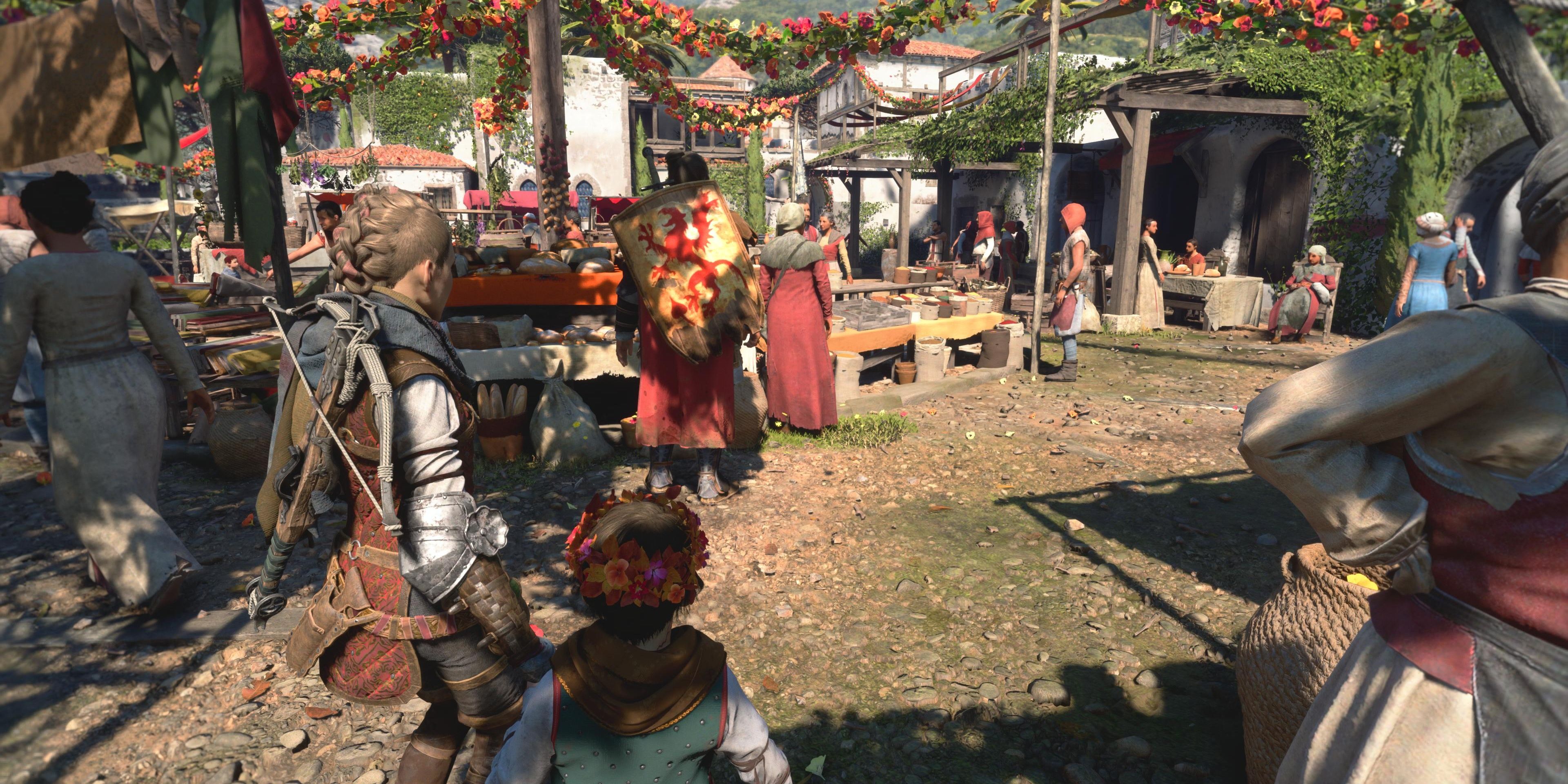 Walk around the ship and talk to Arnaud and Sophia. Climb down the ladder and explore the underbelly of the ship. After interacting with everything, climb back up to the deck and talk to Arnaud again to help him adjust the sail. Once Hugo sees the island, go talk to Sophia to land ashore.

After arriving in the city, walk down the main path until you reach the marketplace. Speak to the various vendors in the area until a guard nearby announces that the festivities are about to begin. Run down the path up ahead to get a glimpse of the parade, then continue to follow the parade throughout the city with Hugo. Eventually, a cutscene will trigger. 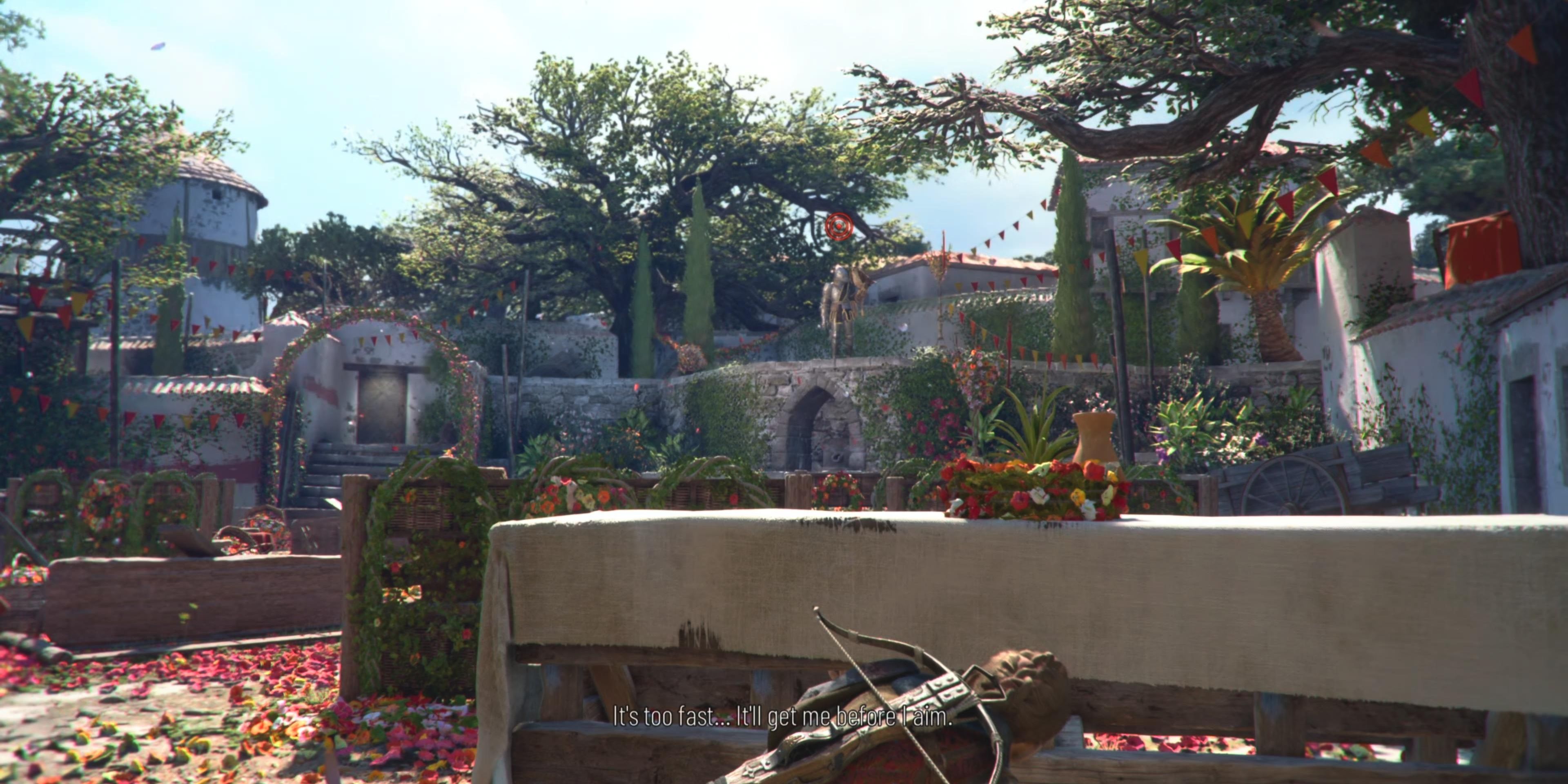 After the cutscene, have Hugo crawl under the hole in the wall to open the door and access the locked area. Grab the cart and place it in front of the horse to climb above the barn and loop around to open a chest with Resin, a Tool, and Pieces. Double back and jump down the ledge to face off against the Falconeer.

You can’t shoot the guard because the bird will attack you too fast, so don’t worry about using any offensive weapons.

The armored guard calls a falcon to attack. You must utilize the cover in the area to slowly advance. Throw rocks at toolboxes to cause noise, which will distract the falcon so you can sneak forward. Make your way to the left side of the courtyard and run up the steps to safely reach the door. 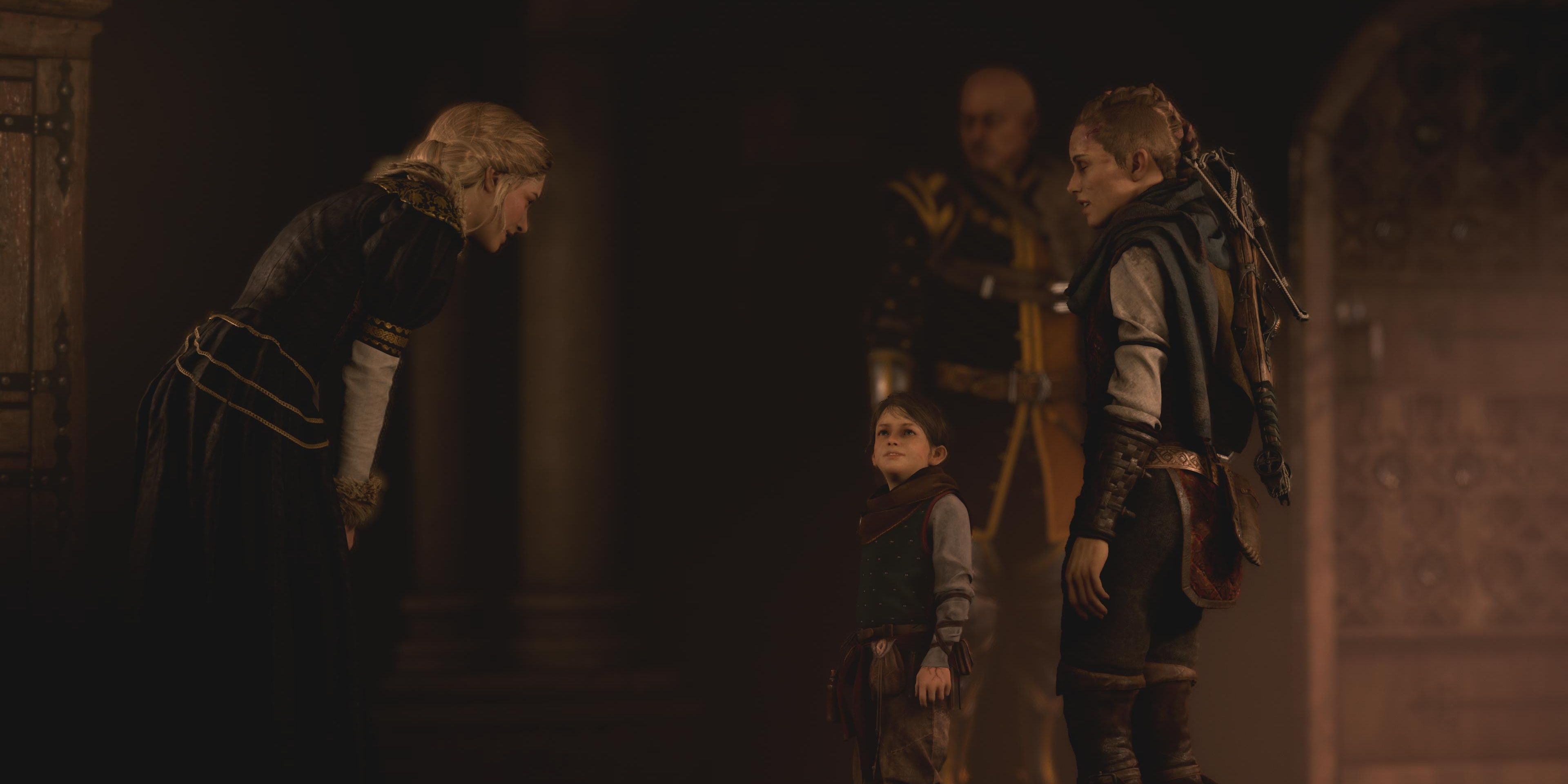 Cross the bridge over the stream of water and head up the steps to find Arnaud. After a short cutscene, follow the Count and Countess through the palace grounds to reach your room. Pray at the altar along the way and continue heading up the steps with Victor and Emilie until you reach your room and finish the chapter.

Once you start heading through the city with Victor and Emilie, there isn't anything to find, and you can't branch off the path you're on, so don't worry about trying to explore the castle. Just continue following Victor and Emillie, and you'll be moving on to the next chapter in no time.