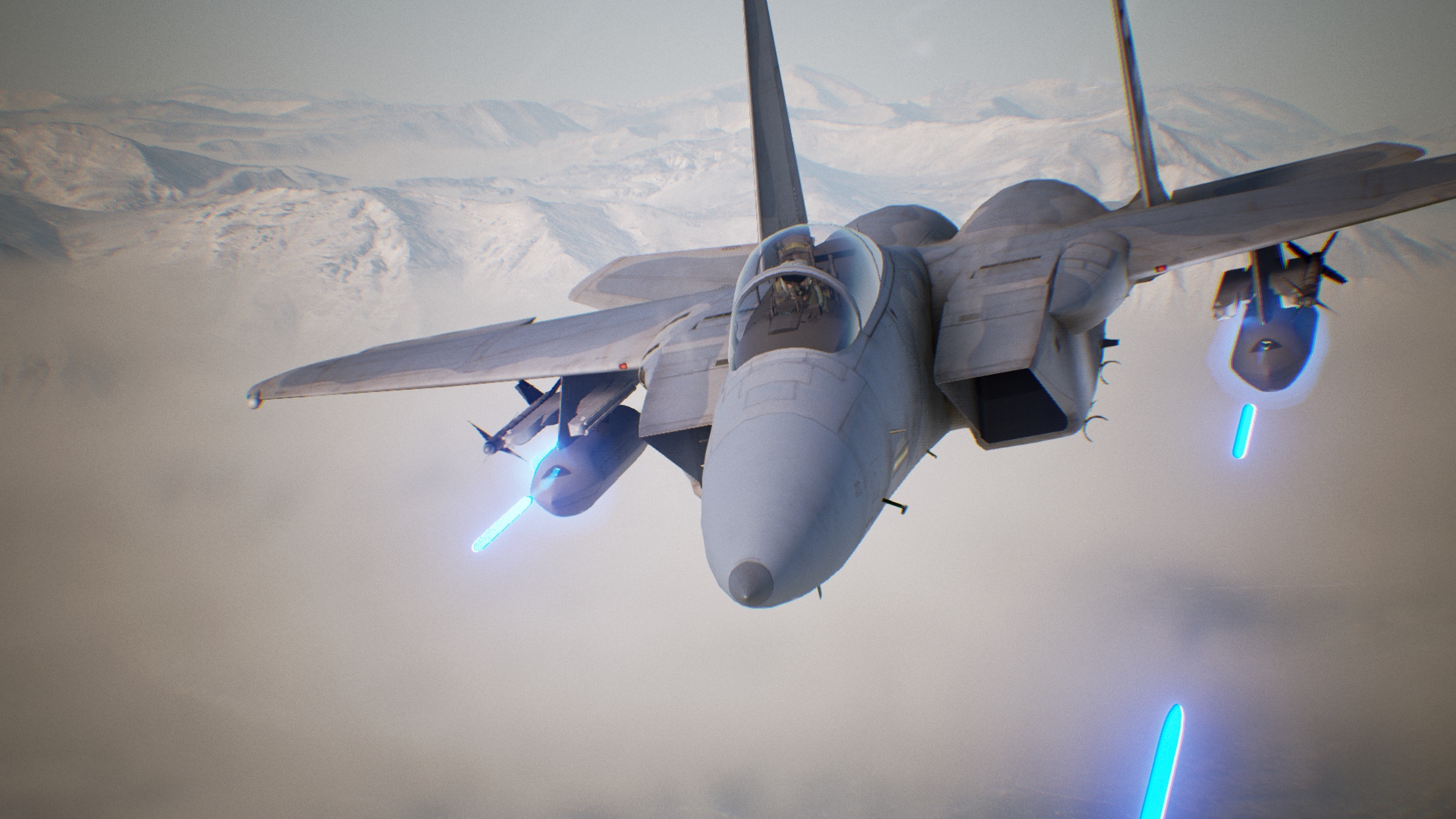 Bandai Namco has confirmed that a new Ace Combat is in development, as they expand the team following the success of the last game.

Microsoft Flight Simulator is all very pretty but it’s not really a game. If you’ve played it and wished there was a bit more to do, then 2019’s Ace Combat 7 is the obvious alternative and not only the best entry in the franchise but the most successful too.

According to a 25th anniversary livestream yesterday Ace Combat 7 has now sold over 3 million copies worldwide and that has been more than enough to convince Bandai Namco to start work on a new sequel.

There are no real details on the new game yet, apart from the fact that it will use Unreal Engine 5 and that it will be co-developed by ILCA, who worked on the cut scenes and environments for Ace Combat 7 and are also the main developer for Pokémon Brilliant Diamond and Shining Pearl.

‘Project Aces staff will of course continue to be involved in the development of this new project, but as we celebrate 25 years and three million copies sold, we’ve come to understand we have many fans of all tastes. Our small team can’t handle it all alone, so we’re looking to expand the Ace Combat team in a big way’, said series producer Kazutoki Kono, as translated by Gematsu.

‘More than anything, I hope fans are happy to know that the next game is underway. With this new staff, we’re creating a new Ace Combat – a new era. I don’t know where we’ll be in the next 25 years, but the Ace Combat series will continue, and to everyone who supports us and creates with me – I will continue to give it my all.’

There might not have been any concrete details on the next game but Ace Combat 7 is still being supported, with new Japan Air Self-Defense Force aircraft skins being released for free on August 31 and two more DLC packs planned after that.

The series is actually 26 years old at this point (we’re assuming the celebrations were delayed by the coronavirus) and is the spiritual sequel to the Air Combat arcade games that first appeared in 1993.

Most of the early Ace Combat titles were PlayStation exclusives but Ace Combat 7 was multiformat and given its success that likely means the next one will be too. Although it can only be hoped that it features more VR options, as they worked extremely well in the last one.

Since the series is currently on an all-time high, we’ll be interested to know whether Kono will now get his chance to make a sci-fi spin-off, which he discussed with us during an interview in 2018.

Given the lack of information on Ace Combat 8 though, any such announcement seems like it’s still a long way off.