I stumbled upon The Other Guys on Netflix over the weekend, and my wife wanted to watch it, so we watched it. I first saw the Will Ferrell-Mark Wahlberg buddy cop comedy in theaters when it came out back in 2010, but it had been at least ten years since my last viewing. Honestly, I may have only seen it once before, but a lot of its scenes and individual lines are seared into my memory. "I'm a peacock, you gotta let me fly!" was quoted endlessly at my high school, so I may have just rewatched it secondhand.

It has an interesting place in the Adam McKay canon. I've never liked it as much as the director’s other collaborations with Ferrell — Anchorman, Talladega Nights, and Step Brothers —but it's the last original comedy McKay did before graduating to his trilogy of Serious Movies For Adults. I didn't like The Big Short, but now that kind of political satire seems to be the only kind of movie McKay wants to make. It's a shame because he has a talent for internalizing the rules of a genre — action, in the case of The Other Guys — and working in that style while filtering it through a comedic lens.

The Other Guys opens with a prime example of this, an exciting and funny action scene in which Samuel L. Jackson and Dwayne Johnson's hotshot cops do millions of dollars in property damage while chasing down some criminals. When they return to be feted at the office, their paperwork is offloaded to Will Ferrell's Allen Gamble, a happy pencil pusher, and Mark Wahlberg's Terry Hoitz, a former rising star in the department who was sidelined after shooting "biracial angel" Derek Jeter, earning himself the nickname "Yankee Clipper." 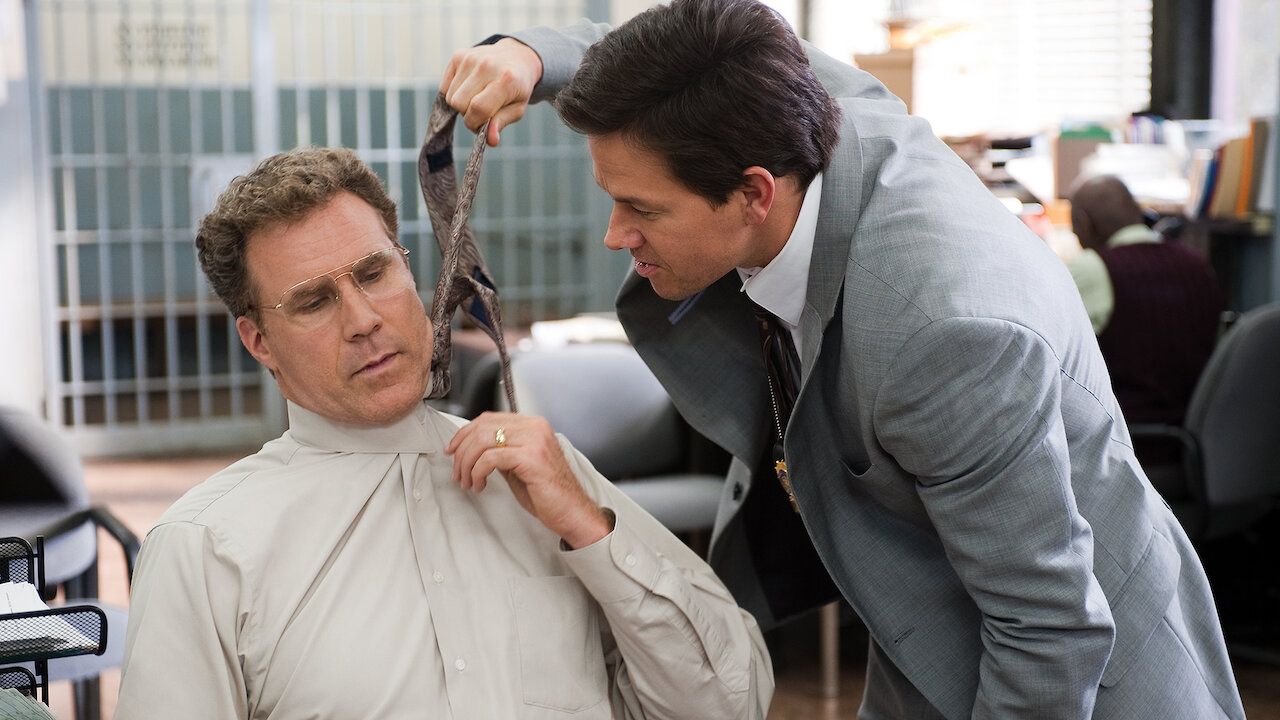 It's Jackson and Johnson's hotshot cops that provide the movie's best and most surprising moment. When pursuing some criminals across the city, the pair follow them to the roof of the building, only for the suspects to bust out portable ziplines and glide down from the building, snip the line with bolt cutters, and run off. As Johnson and Jackson reach the roof, The Foo Fighters' My Hero begins to play, setting the stage for some epic action. Jackson turns to Johnson and says, "You thinkin' what I'm thinkin', partner?" Johnson replies, "Aim for the bushes," and they fistbump. Then, they jump off the multi-story building and splat like big bad bugs on the sidewalk below.

It's a shocking moment, and it works just as well now as it did in 2010. My wife let out a surprised, "What?!" when it happened, and I remember my friends and I reacting similarly in the theater. It's a funny bit on paper, but McKay's direction is the reason it works so well. He shoots The Other Guys like an action movie, not like a comedy that has action. He spends time setting Jackson and Johnson up as crucial supporting characters, who we expect to be at the center of the action throughout the rest of the movie. He gives us an exciting opening chase scene so that when he pulls the bait-and-switch, it actually hits.

Plus, the scene is shot like the jump should work. The rocking music, the crane shot that frames the two heroes from below to make them look larger than life, the expectation, earned from a lifetime watching movies where similar gambits pay off, that Johnson and Jackson know what they're doing. So, when we see them hit pavement and McKay cuts to Irish bagpipes at their joint funeral, the surprise hits quick and hard.

A lot of cop movies and TV that I grew up enjoying play a little differently post-2020. The Other Guys may not advocate for the abolition of policing — its ending strikes a reformist posture, suggesting that the cops should be spending their time and resources going after the real criminals: the ones in white collars — but it is refreshing to see a movie that portrays its police, top to bottom, as morons. There goes my hero, indeed, right into the pavement.