Rebooting a series that hasn't had a new title since 2005, Kao The Kangaroo (2022) features a new platforming adventure filled with collectibles, where you play as the titular kangaroo and go on a mission to find his sister Kaia and their father Koby. In this adventure, you face quite a few enemies and bosses, corrupted by crystals that can be found along the way.

Albeit not a particularly hard game at all, the bosses can still offer some challenge. Most of them feature platforming along with the combat, requiring you to complete certain puzzles so you can hurt them, meaning there's good variety in the fights as well.

This list will contain some spoilers of the game's plot. 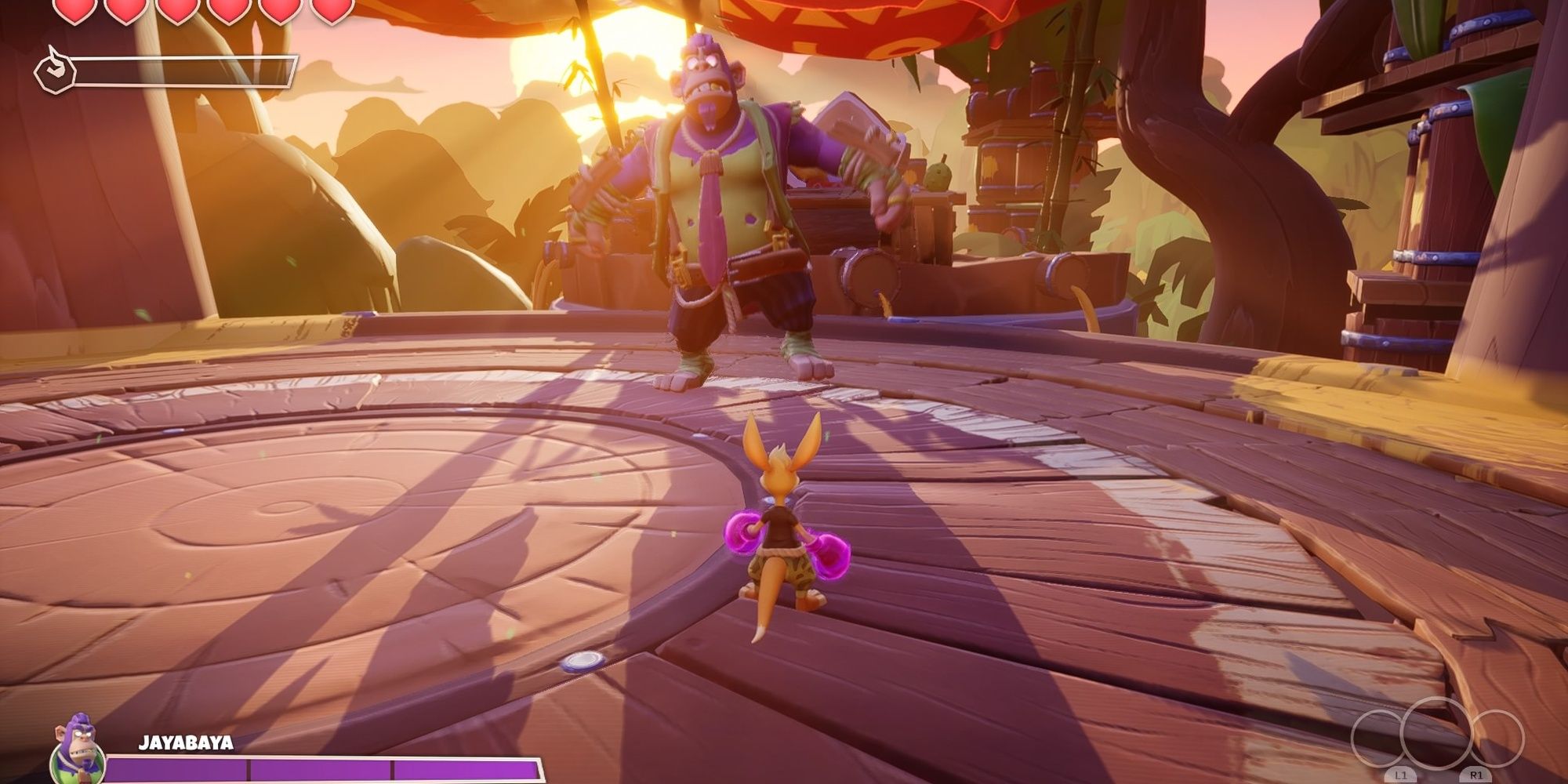 The second boss you encounter in the game, Jayabaya from the Hungry Jungle can take some time to defeat. It's a slower-paced fight where you have to wait for his moves to be done so you can strike. Still, he isn't challenging, since all you have to do is wait for him to get stuck.

Once that is done, he'll call upon minions to help him, but they're also not difficult to deal with. The trickiest part comes from using the power to fire and time your attack correctly to send his projectiles back to him. His third phase is similar to the first one, but with crystals that'll shield him, so all you have to do is take care of them first before beating him for good. 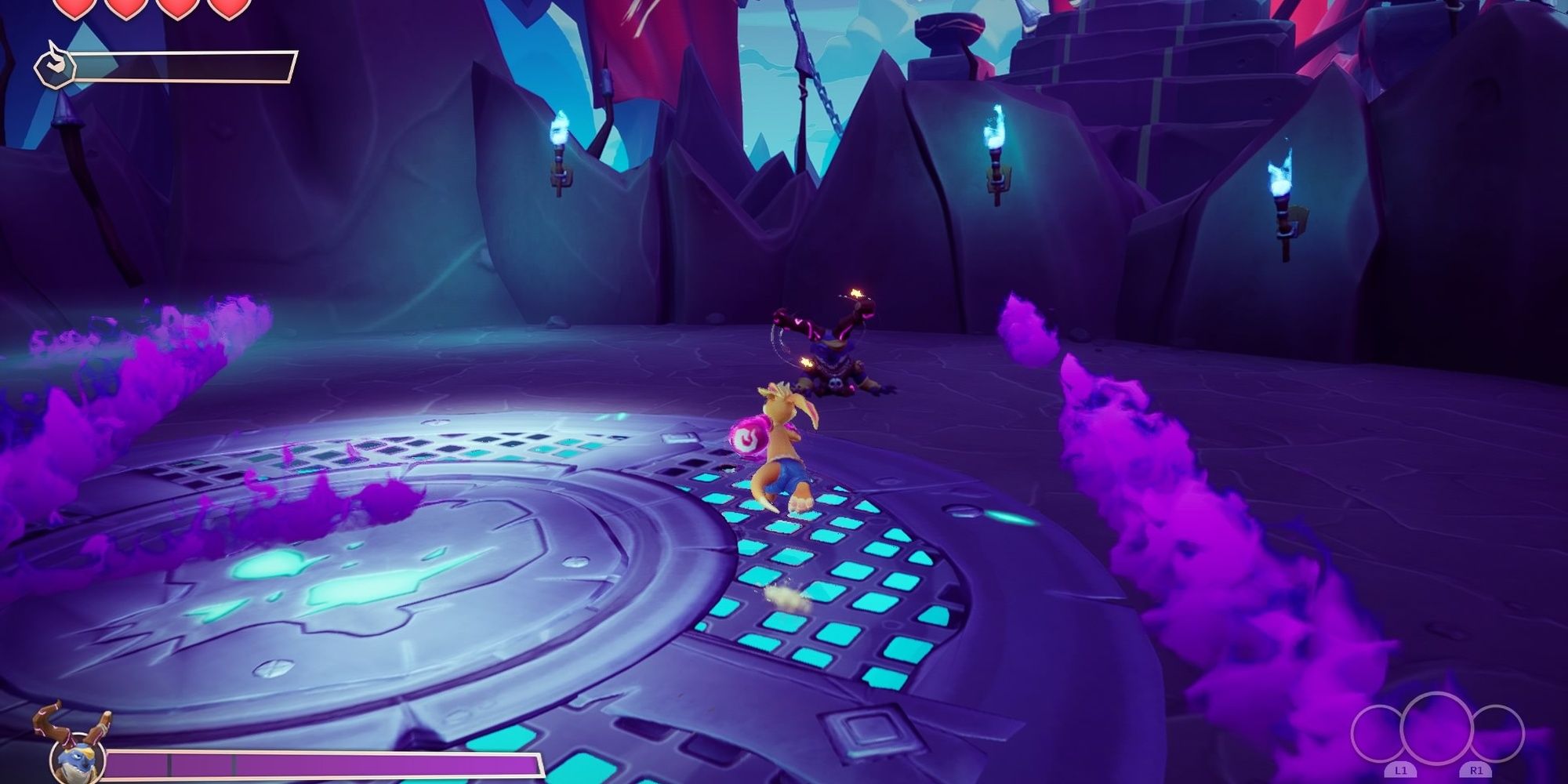 The first boss found in Hopalloo Island manages to be a more difficult fight compared to Jayabaya, though not by much. What makes this fight a bit more challenging is that it's faster paced and has some platforming necessary to make Terror vulnerable. Not to mention that, since it comes earlier in-game, you're not as practised compared to Jayabaya's fight.

With a rather simple first phase, avoiding his attacks until he gets dizzy will do the trick. It becomes a bit more challenging (and interesting) when you have to drop the chandelier on him because he becomes a lot more aggressive. Lastly, you will have platforms to help you reach crystals that shield him, similarly to Jayabaya though harder to reach, and then the job is done. It's a fun fight and a good send-off to the game's first area, and it prepares you well for what comes afterward. 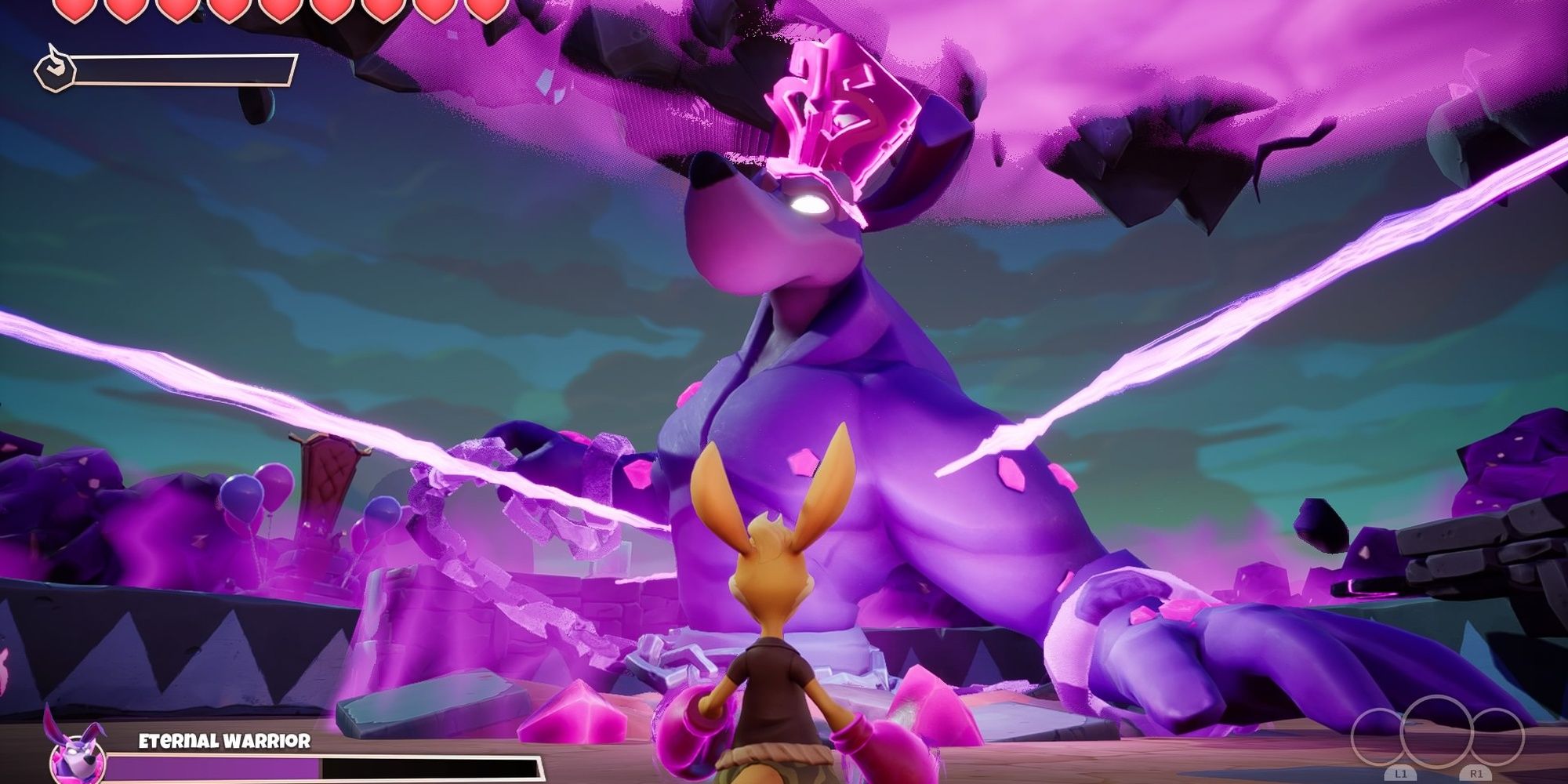 A powerful battle against your corrupted father is always enticing, right? Here, we face a mighty and corrupted Koby the Kangaroo, and the fight uses a lot of the mechanics learned throughout the journey – fitting for a final encounter. Some of the sections are reminiscent of the battle against Terror as well, giving us a good mix of platforming and combat. However, while the Eternal Warrior doesn't attack as much, his attacks spread in a larger area due to his size.

His first wave consists of avoiding him while taking care of minions based on all the worlds you've been in. It isn't much of a challenge given minions aren't difficult to beat. Then, you have to use your platforming skills to reach rocks that can be thrown onto evil daddy's face before proceeding to the next phase. The second part involves a lot more platforming, where you have a big arena with crystals to reach. Attacking the crystals makes Koby dizzy and vulnerable. This part combines all three elements presented throughout the game; fire, ice, and wind. Be mindful of which elements will be necessary to reach each crystal. Just don't stand still for too long and you should be good to go. 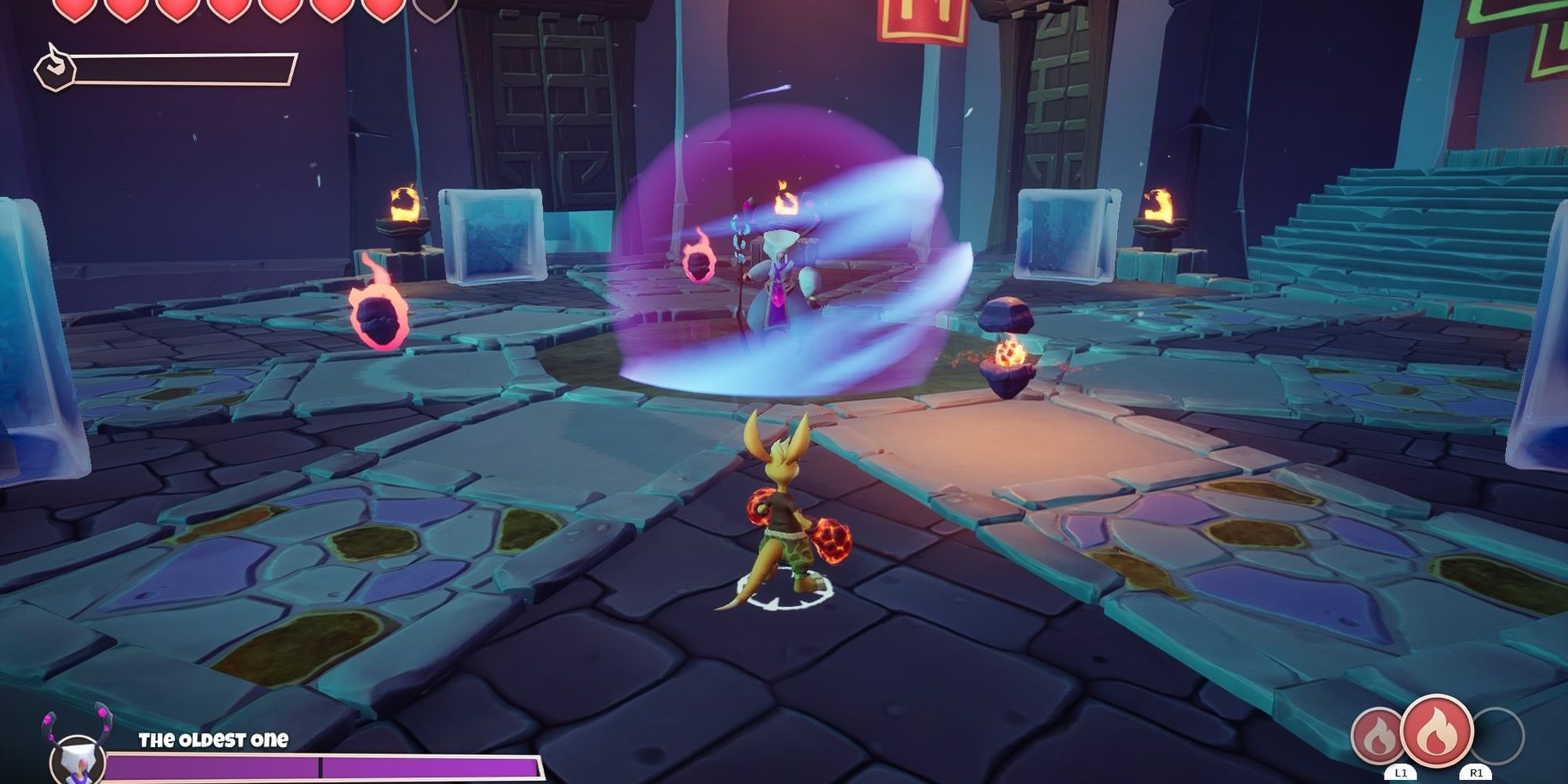 Unlike the previous battles mentioned, The Frozen Mountain's boss ditches all platforming and favors a straight-up combat encounter. Your mentor's love interest presents an interesting set of moves, and you have the disadvantage of a smaller arena to avoid her attacks. Being aware of where you can get the elements to help throughout the fight is also crucial for your victory. Still, it is quite manageable, albeit a bit tricky.

Her first phase isn't too troubling. You just need to use your fire powers to defrost the mirrors around the arena. Once that's done, the mirrors can deflect her attacks back to her, giving you an opening to arrange a meeting between her and your fists. Her second phase is more complicated. She makes multiple astral projections of herself. Using the ice power, you can stop her copies until you figure out which one of them is the real one, and then you can proceed with your attacks.

This phase makes her more complicated than the other bosses because each projection of her consumes a use of your ice element, and there's a delay to getting more ice, which makes you vulnerable. Not to mention her copies can cause some small lag, at least on a PS4. This is the toughest boss and she can even attack your hardware.