In the 1990s, when point-and-click adventure games were all the rage, the world was introduced to the Monkey Island series. Originally published by LucasArts, the series would quickly become known for its quirky puzzles and humorous tone.

Over the next two decades, however, gaming evolved rapidly and point-and-click adventures fell out of popularity. The genre has triumphantly returned in recent years, including a brand new Monkey Island. If you're looking to dive in, it’s helpful to know how the Monkey Island games stand in comparison to one another. So if you “wanna be a pirate”, read ahead. 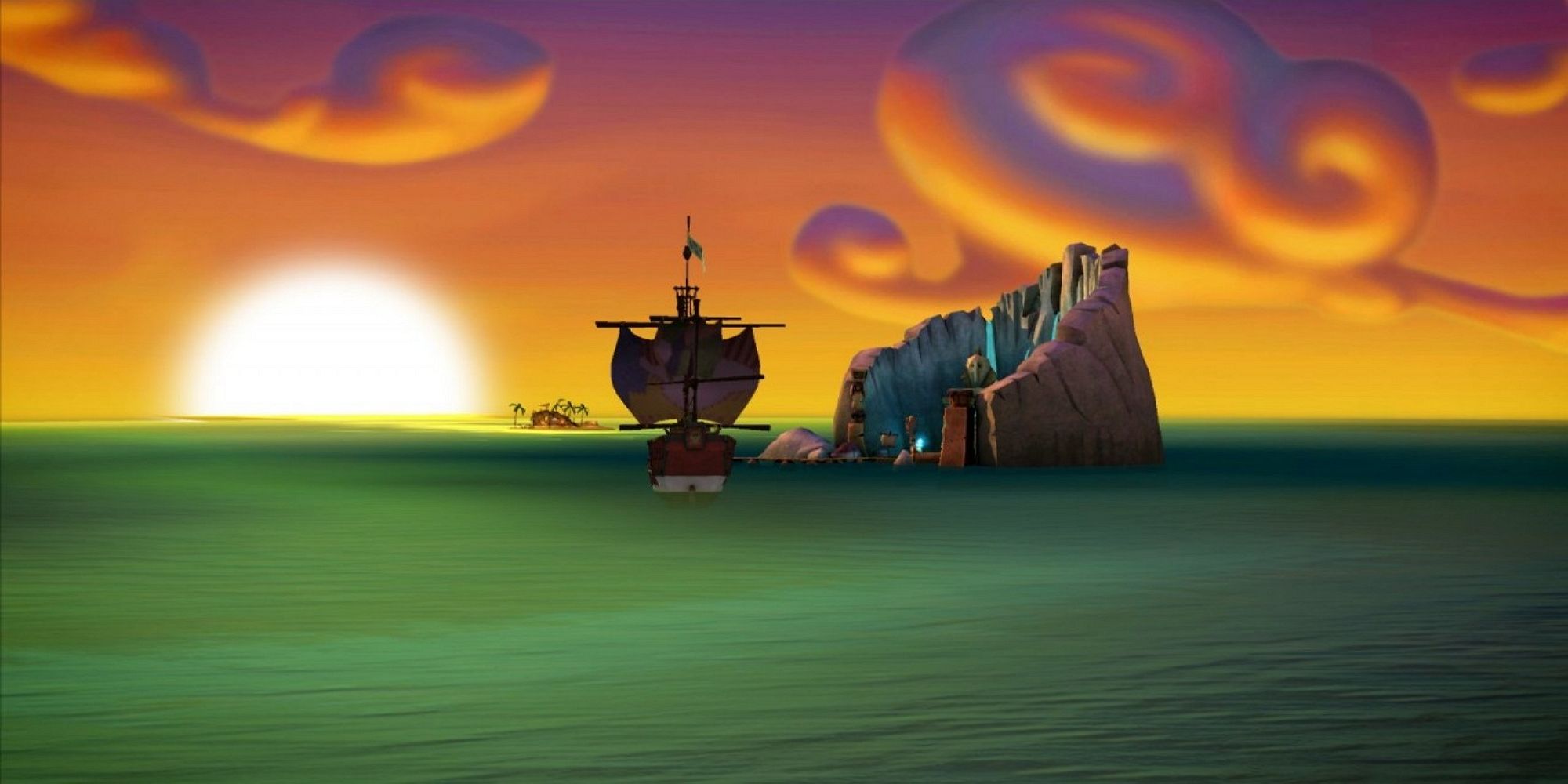 Hot on the trail of Telltale Games' success with relaunching the Sam and Max series, the company decided to relaunch the Monkey Island series with Tales of Monkey Island. Released in five episodes, it follows pirate Guybrush Threepwood as he tries to save his wife, Elaine, from his enemy, the fearsome pirate LeChuck.

The game reminds you how whimsical the Caribbean setting, bizarre plots, and unusual characters in the series can be. The sharp voice acting is believable and helps you get lost in the story. Most of the puzzles do not involve brawn, but rather a dose of brains and some good old eccentricity.

From pirate courts to mad scientist's houses to graveyards to the high sea, you'll feel like you’ve gone on an adventure by the time you get to the end. For the most part, Tales perfectly captures the hilarity of earlier Monkey Island games, but the problem is that some chapters are too short and puzzles are too easy. Additionally, some chapters advance the story's narrative much further than others. All in all, it's one of the weaker entries in the series. 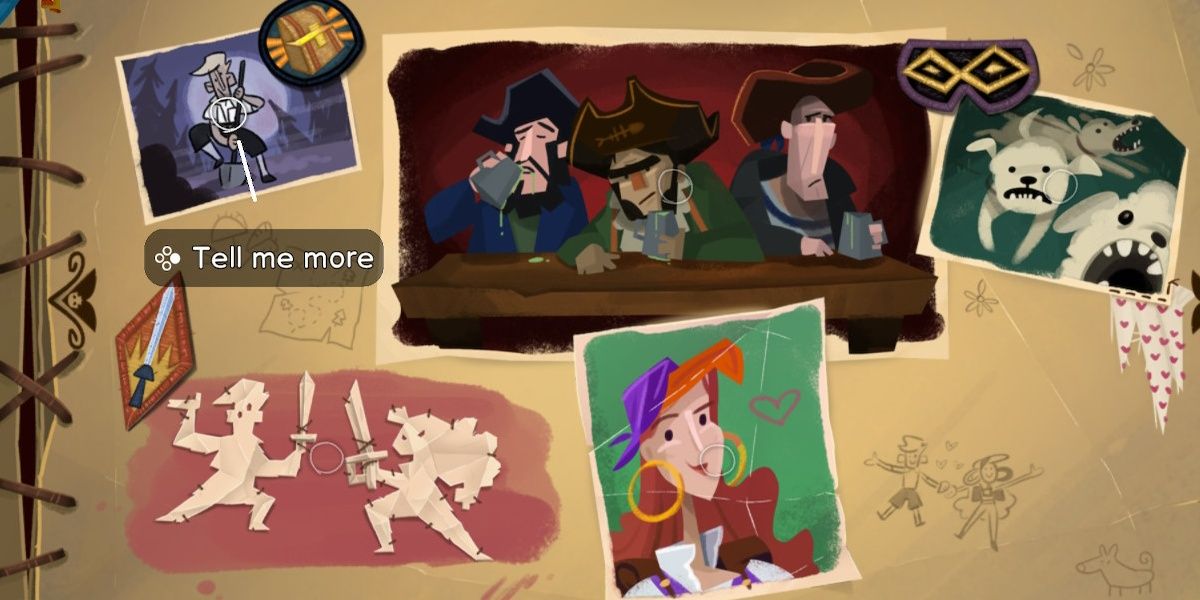 First announced on April Fools' Day (which caused many to believe it was a joke), Return to Monkey Island is set after LeChuck's Revenge and Tales of Monkey Island. The game sees Guybrush finally discover the secret of Monkey Island. Many popular characters from throughout the series make appearances, and further basking in the glory of the series, it also offers collectible trading cards that contain Monkey Island trivia.

Return to Monkey Island is very much a return to familiar locations, familiar characters, and traditional 2D point-and-click gaming. Guybrush might be a bit older in this game, but he's just as hapless and silly as he ever was, and it has lost none of its screwball humor over the years. Besides a great storyline, the game offers colorful graphics, unique puzzles, excellent sound design, and a storyline about one of the longest-lasting mysteries in the series. This game makes an excellent point of entry for those new to the series, as well as repeat players. 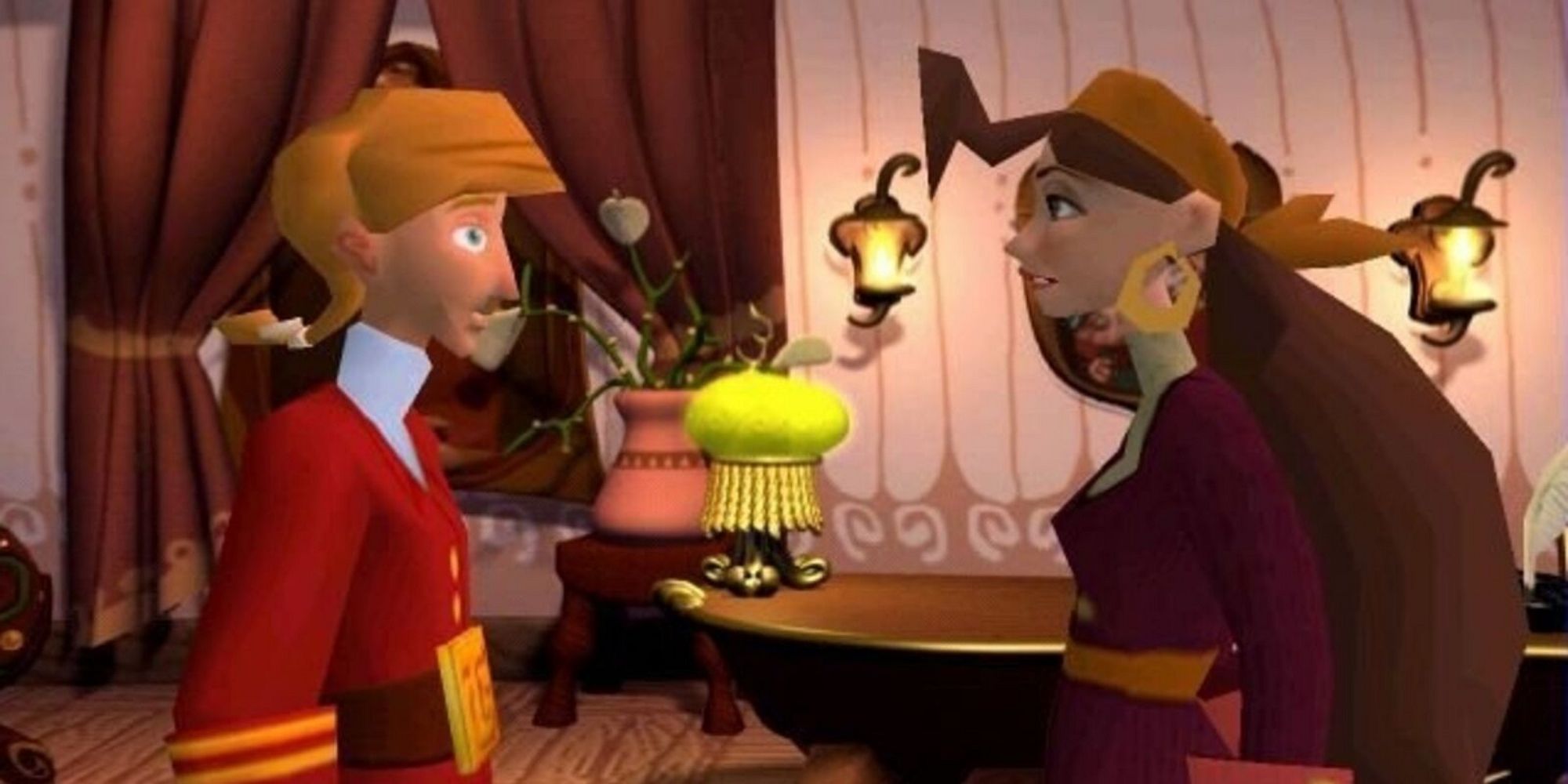 The last entry for almost a decade, Escape from Monkey involves Guybrush returning home after his honeymoon to find that his wife has been falsely declared dead and her political position up for election. Guybrush then must find a way to get his wife's position back.

Many of the jokes in the game are based on series references, and humor is made even better by the sharp voice acting. The game utilizes 3D characters on 2D backgrounds, and while the game looks good, it feels like something is lost in the translation. The interface will also take you some time to get used to. Overall, Escape from Monkey Island offers an intriguing and funny story, sharp animation, and a good introduction to the series.

3/6 The Secret Of Monkey Island 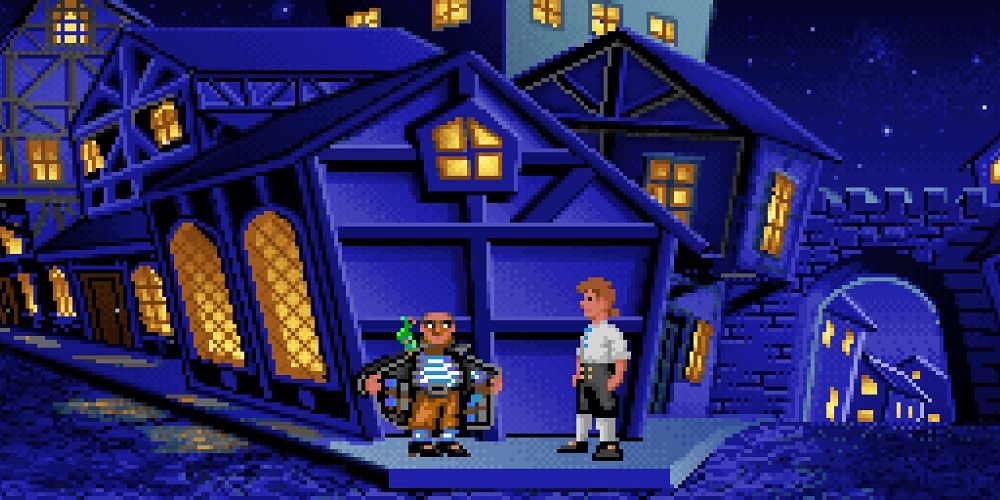 The game that started it all, Secret of Monkey Island involves Guybrush becoming a pirate and exploring various islands. It combines Monty Python-esque humor and pirates for a tongue-in-cheek style that became a hallmark. The narrative focus is what makes the game flourish further, like so many other LucasArts titles of the time, and Secret was at least partially responsible for the flurry of point-and-click games released during the 1990s.

The best way to experience this game is through the enhanced version that was released in 2010, which boasts sharp voice acting, a powerful score, colorful graphics, challenging puzzles, and memorable characters. It also happens to be one of the funniest games ever released. 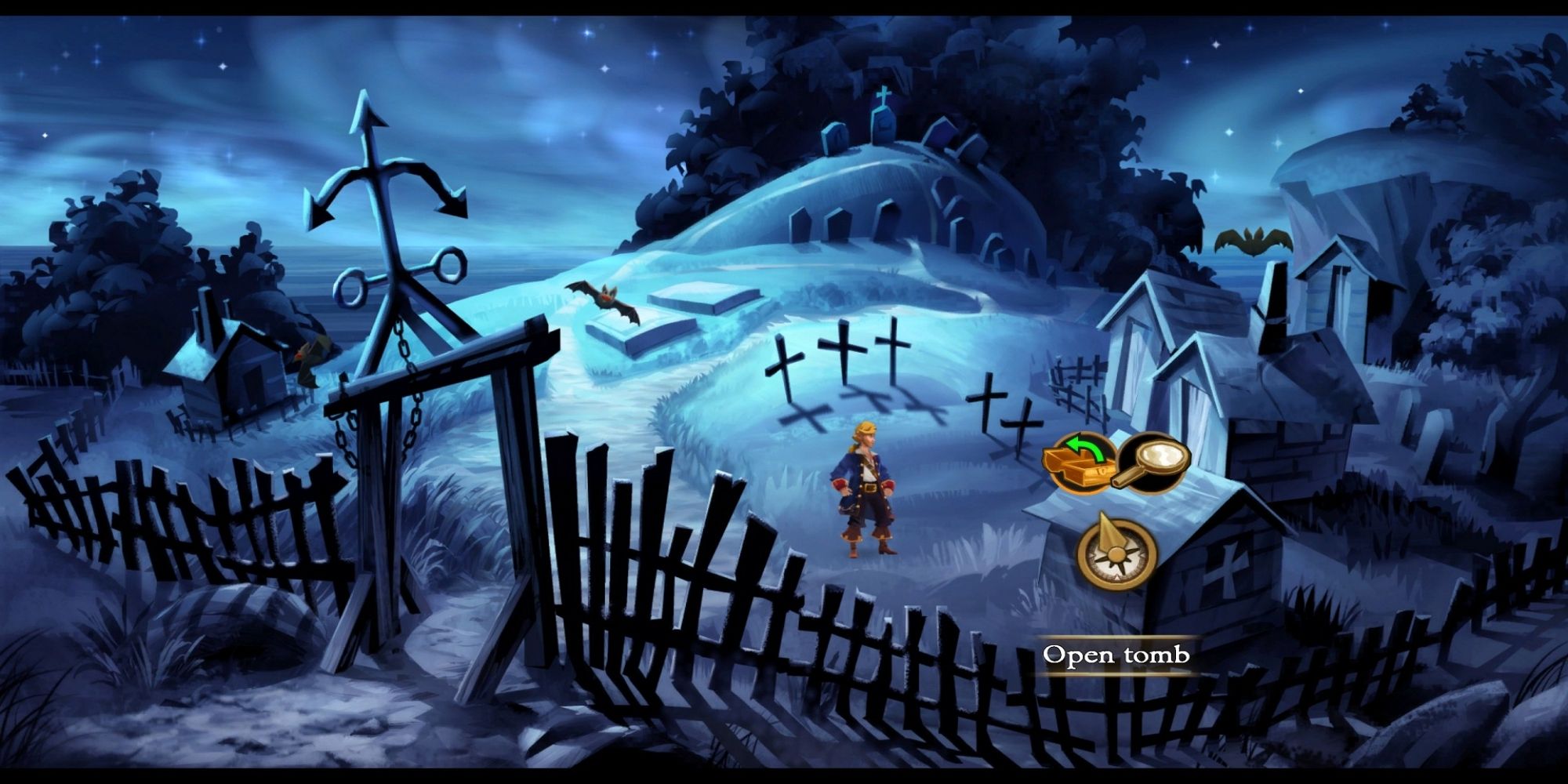 The sequel to the first Monkey Island, LeChuck's Revenge sees Guybrush search for the Big Whoop treasure while fighting off a zombie version of LeChuck. The 2010 remaster is the best way to experience what is a rare sequel that improves on its predecessor.

The game is funnier, longer, and more nuanced, while keeping much of the gameplay from the first entry. The puzzles are also generally tougher this time around. Monkey Island 2 boasts new stories and features more than twice the number of locations. The only downside to the story is that the game's ending is a bizarre twist that not all players loved.

1/6 The Curse Of Monkey Island 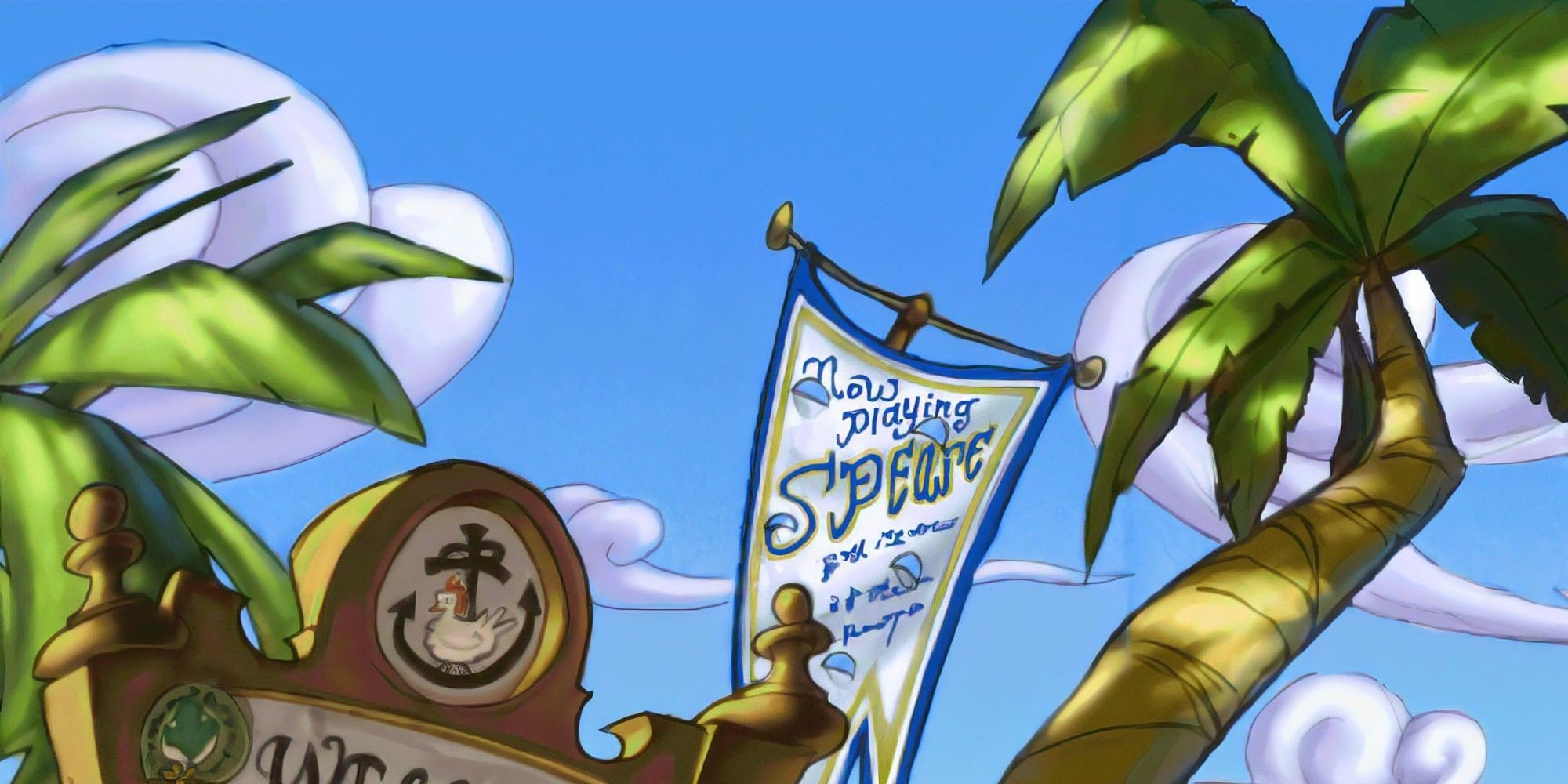 The third entry in the series follows Guybrush as he tries to lift a curse from Elaine, while still facing LeChuck. This is one of the best point-and-click games ever released, and the crowning moment of the Monkey Island series. Given how strange many of the puzzles are, the game does a good job of implementing them into the storyline. The animation is sharp and evokes Disney movies at various points.

The same classic LucasArts wit is on hand in the game, which also references various pieces of popular culture like Star Wars and Mist. Overall, it's funny and strange, and features duels and ship battles that will stay in your mind long after you've finished the game. The only downside is that it's far too short — and as is common with Monkey Island games, the ending is a bit abrupt.