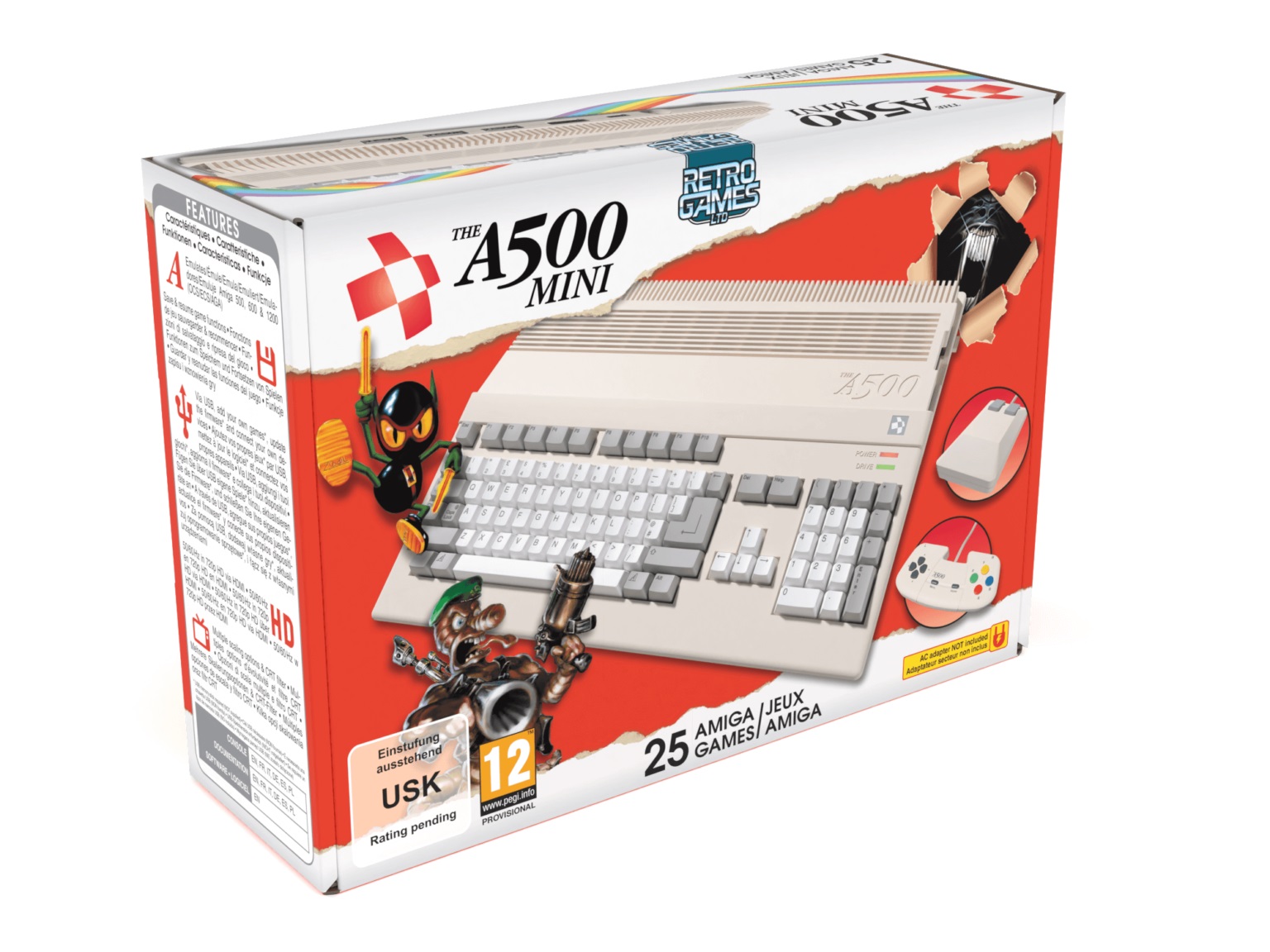 While not a video game console, the Amiga 500 has been converted into one and is set to release in March with 25 built-in games.

Commodore may have lacked the staying power of companies like Nintendo and Sega, having closed its doors in 1994, but people clearly have nostalgic memories for its home computers.

Following the re-release of the Commodore 64 and the C64 Mini, Retro Games will be releasing a miniature version of the Amiga 500 home computer.

With Koch Media handling distribution, it’s scheduled to release on March 25, 2022 and is up for pre-order on Amazon for £119.99 (which for some reason lists its release date as March 31).

It comes packaged with a wired USB mouse, a newly engineered and wired eight-button gamepad, a USB-A to USB-C power cable, and an HDMI cable so you can hook it up to your TV.

At the time of its announcement earlier this year, only 12 of its 25 games had been confirmed, but now we have the full list. It includes Stunt Car Racer and Zool, the latter of which got a remaster back in August.

It’s actually a pretty good line-up, with a bunch of Team 17 games but also Bitmap Brothers classics like Speedball 2 , plus Andrew Braybrook’s Paradroid 90, Super Cars 2, and Another World.

The console will also have a save feature, a 720p HD display, multiple scaling options, a CRT filter, and USB keyboard support. You’ll even be able to upload other Amiga games and firmware revisions via a USB stick.

Retro Games says that, due to fan demand, it will be releasing the mouse and gamepad as separate purchases as well. Both are available for pre-order on Amazon and cost £29.99 each.

Chris Smith, chief technology officer at Retro Games, says ‘Over the last couple of months, my team have been hard at work finalising the firmware of the A500 Mini as well as working closely with our manufacturing partners to ensure the highest production quality.

‘As a commitment to our very loyal fans, we will also be shortly putting out a new Christmas The C64 firmware update.’