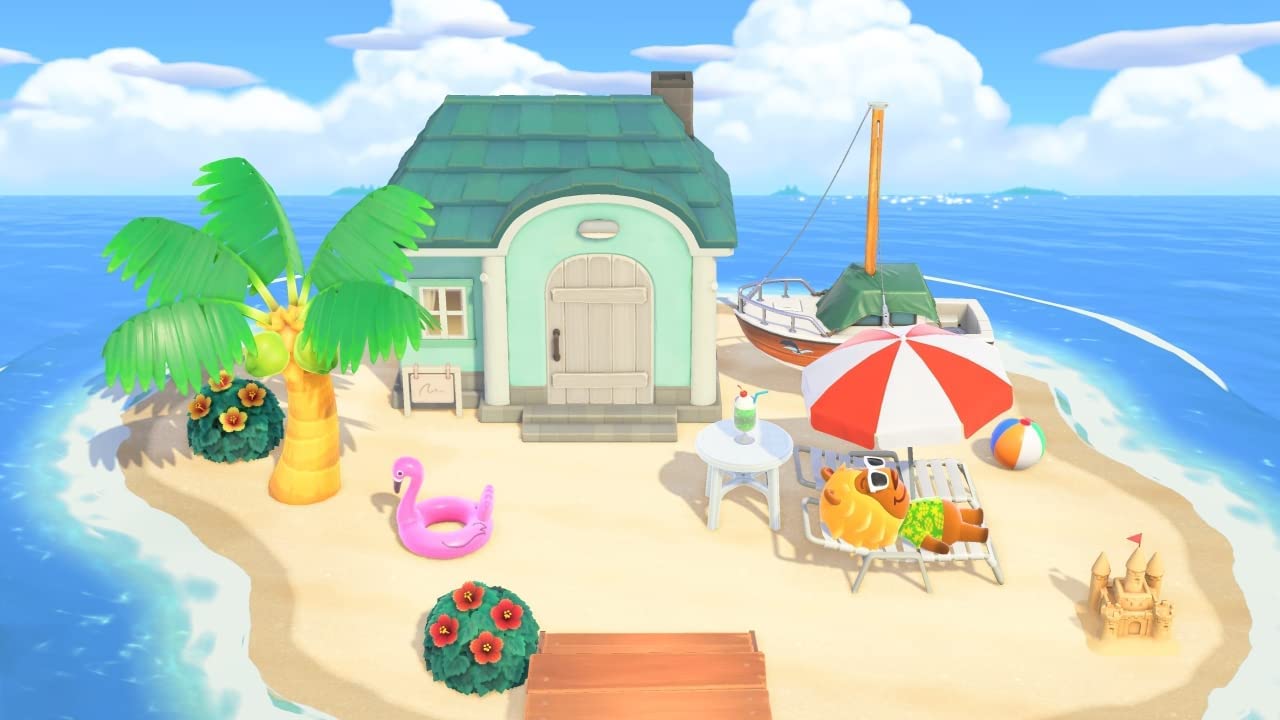 GameCentral reviews the one and only paid-for DLC for Animal Crossing: New Horizons, and its surprisingly generous final free update.

It hasn’t been easy reviewing games this last month or so. The majority of big Christmas titles were released without any access to early versions, which in several cases was clearly to slow down the appearance of the inevitably poor reviews. Expansions for live service games are always difficult though, since there’s no practical way to play them before release. Which for a game like Animal Crossing, where you play for just a few hours a day and nothing happens in a hurry, is a real problem.

Some may balk at the idea of describing New Horizons as a live service game but it absolutely is, or rather was. The original idea was no doubt to release small updates every few months and keep the game alive with new content for several years. Then the pandemic happened and there was virtually nothing new for over a year. Which is very unfortunate for what has been one of Nintendo’s biggest surprise hits of recent years.

Nintendo’s response to the problem was bizarre even by their standards, as they announced that a massive 2.0 update would launch on the exact same day as the game’s first paid-for DLC. Then, a day later, they added that these would be the last updates ever for the game. Why they released both at the same time, and why elements of the 2.0 update weren’t released earlier, is a mystery, but if nothing else it gives us a lot to talk about now.

As we made plain in our original review, New Horizons is easily the best Animal Crossing so far. It has the same basic concept as all the others, of turning a natural wilderness into a thriving town full of anthropomorphic critters, but with a massively increased level of customisation that allows you to change everything about the layout of the town – and to craft unique items with collected resources. The level of its success was magnified by everyone being stuck in lockdown, but that success was nevertheless well earned.

Before we get to the paid-for DLC we’ll first mention that the 2.0 update is so good it could easily have been sold separately itself. There are many smaller additions, but the three major ones are the reintroduction of Brewster’s café from the earlier games, the return of Kapp’n, and the entirely new concept of growing and making your own food.

The three elements are all connected, so that you use Kapp’n and his boat to travel to randomly generated islands filled with new plants and crops like wheat, sugar cane, potatoes, and tomatoes. These you can collect and take back with you to your town, to farm and cultivate. These raw ingredients are then used to create a wide range of different meals, that often require additional items that already exist in the game, like fish or mushrooms.

If you speak to Blathers at the museum he’ll reveal he’s an old friend of Brewster and that you’ll find him on one of Kapp’n’s islands. Finding him convinces him to set-up his café while also introducing gyroids: weird musical plant people (we really don’t know what they are) that you can find in desiccated form and then plant and water in the ground. They’re a lot more varied than the versions in older games and great fun to collect, as they dance in time to whatever music you put on.

The update is also filled with dozens of other smaller features, including a hippy commune/shopping plaza on Harv’s island that eventually gives you access to all item-selling visitors in one place, new Nook Miles items, new hairstyles, reactions, shop items, a storage shed you can place outside, a keep fit mini-game with optional motion controls, and the ability to hang items from the ceiling of building interiors.

There’s more even than that, including town ordinances that alter character behaviour and what amounts to a first person view, but the short version is that if you’ve stopped playing the game then it is absolutely worth getting back into it for the new update. Since it’s free there’s no risk involved, although obviously the paid-for DLC is a different story.

Happy Home Paradise is inspired by 3DS spin-off Happy Home Designer, which put you in the role of an interior designer, working to the vague specifications of various animal clients. It was a fine enough idea but limited enough that it felt like a bit of a con as a standalone title – especially given how many assets it reused from the mainline game of the time. It makes much more sense as DLC though, as not only is it cheaper but there’s a lot more to it than the first time round.

To access the new content you have to visit the airport and travel to a new archipelago where you’re enrolled in the local business and introduced to your first client. Their demands are simple enough that you can satisfy their basic requests by just plonking down a few mandatory furniture items but if that’s your attitude then Happy Home Designer, and Animal Crossing in general, is not for you.

The room editor may not be as powerful as The Sims (although you can now create room divides and feature walls, which is very welcome) but the range of furniture items is enough that each assignment quickly turns into a labour of love, especially as the DLC adds in a large number of new items – all of which can be brought back to your normal town if you buy them with the new in-game currency you’re paid with. New features like being able to polish furniture also become available back home, once you’re taught how to do it while at ‘work’.

There’s a difficulty curve of sorts, as the requests slowly get more complex the more you complete, while the archipelago’s unfeasibly varied biomes have you working in everything from arctic conditions to actual desert islands. You can also help out with the new hub island area, helping to redecorate a school, hospital, and other buildings in whatever manner you please.

In keeping with New Horizons’ more laidback attitude (the residents could be a lot snippier in the earlier games) you’re never told what you’ve designed is actively bad, so there’s no way to really lose, but that’s really not the point. Happy Home Paradise also comes ‘free’ with an Expansion Pack subscription but however you get hold of it, it’s absolutely worth it and greatly expands the scope and life of the core game.

The question now though, is what happens next? Even weeks later we still haven’t done everything we want to with the new content but it’s still not going to last forever. So does that mean Nintendo will release a brand new Animal Crossing on the Switch or will they just wait for the Switch 2 or whatever they’re planning? Who knows, except that trying to predict or understand Nintendo only leads to madness. The best idea is to just sit back and enjoy the games they make, and Animal Crossing: New Horizons is now, more than ever, one of their very best.

In Short: A charming paid-for addition to New Horizons that doesn’t feel exploitative even as it comes off the back of one of the best free updates in recent gaming history.

Pros: Interior decoration is surprisingly varied and complex, with lots of new additions in terms of both features and furniture items. Clever integration with the main game.

Cons: The room editor controls can sometimes seem too restrictive, especially compared to The Sims. As in the main game, character dialogue lacks texture.