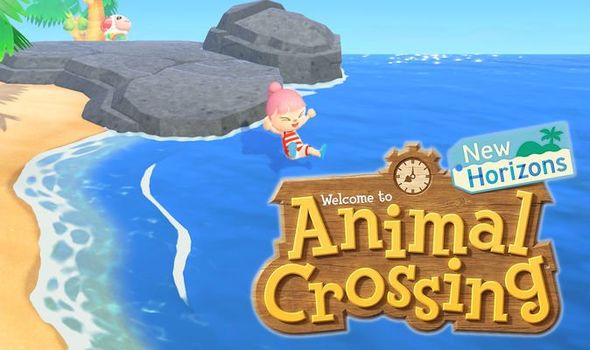 The Animal Crossing New Horizons summer update is about to be released on Nintendo Switch.

The first wave of the summer update has a July 3 release date for Nintendo Switch owners.

Based on the timings in Japan, the Animal Crossing summer update will be available to download and play from 2am BST for UK players.

The news was announced by Nintendo on Twitter: “Dive into some fun new activities (literally!) with the next update for #AnimalCrossingNewHorizons, coming 03/07!”

As the tweet suggests, the new update adds a much-requested new feature to Animal Crossing.

Once the new update goes live, players will be able to go swimming and diving for new treasures.

“Grab a wet suit and get aquatically acquainted with your island marine life when swimming and diving arrive to Animal Crossing: New Horizons,” reads the Nintendo description.

“Swim in the inviting waters off the coast of your island and dive to discover and scoop up sea creatures that inhabit your island’s ecosystem.

“Keep your eyes peeled for any prospective additions to the museum, and make sure to listen for fun facts from Blathers when you donate your new discoveries.”

In addition to swimming and diving, the summer update adds a couple if new characters.

“The friendly visitor Pascal seems to love scallops, and if you discover one while diving, he may ask you if he can have it,” Nintendo continues. “As a thank you, he’ll share some of his mermaid-themed DIY recipes.”

Animal Crossing fans will also be happy to see a familiar face return to the game, as Gulliver comes to New Horizons.

“After downloading the free update, a familiar face will occasionally wash up on shore, but sporting slightly different, pirate-like clothing.

“Offer him a helping hand and he’ll send a special reward to show his gratitude.”