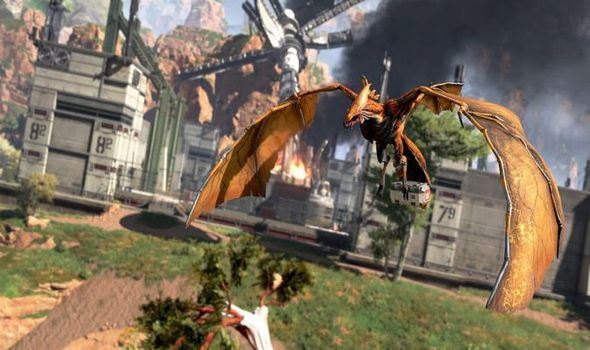 It’s unclear who will be in charge of the new project, but it appears that the Apex Legends Mobile release date has been scheduled for 2020.

However, while Apex Legends looks set to soft launch on Android and iOS device in 2020, there’s no word on if crossplay will be part of the package.

EA CEO Andrew Wilson has been quoted as talking about the Apex Mobile release starting with a soft launch later this year.

As shared by IGN, Wilson revealed earlier this month: “We have PvZ3 in soft launch, we’ve talked about having Apex Legends in soft launch by the end of this year.

“You’ve heard me talk about 6 or 7 other games in various stages of incubation or production or in finaling phase. We feel very good about our mobile business.”

Respawn has also spoken about bringing Apex Legends to Mobile, although, there has never been a set date for when this will happen.

These latest quotes on the subject do not contain any news on when Apex Legends Mobile will soft launch this year.

If EA follows the process being followed by the Plants Vs Zombies 3 soft launch, Apex Legends Mobile will start in beta in only some regions.

Speaking about the PvZ 3 launch in detail, the development team explained: “Soft launch is an important time during game development that allows us to gather feedback we’ll use to make the best game possible.

“Because we’ll be making updates during this period, some of the content you see will be under construction and may change when the game finally goes live. Additionally, more features will be added over time, expanding your experience. Stay tuned!

“Soft launch will begin in the Philippines, with more countries being added to the list as time goes on.

“To see if the game is available in your country, head to the App Store or Google Play Store and search for PvZ 3 or visit our Answers HQ page.”

The Apex Legends Mobile release isn’t the only new version of the game being planned for this year.

This will happen alongside the launch of Crossplay, which are both scheduled for Fall 2020.

No set release date has been announced for any of these major updates, but Respawn has promised to provide more news in the coming months.

For anyone interested, Autumn begins at near the end of September and ends around December 21 in 2020.

A message from EA adds: “Hopefully your friends on other platforms are really as good as they claim to be.

“This fall you’ll be able to squad up no matter what platform your friends prefer – Xbox One, PlayStation 4, Switch, or on PC via Origin and Steam.

“While you’ll be able to play with your friends across all these platforms, cross-progression will not be supported.

“We can’t wait to take these next big steps with you. Don’t forget to drop in and join the search in the Lost Treasures Event on June 23. Thanks for continuing to make Apex Legends such a passionate community and we’ll see you in the Arena.”