Words like ‘classic’ and ‘retro’ are hard to define in gaming. Despite being the youngest of the mainstream art mediums, games are also the most eager to forget their history. The Last of Us Part 1, labelled as one of the greatest games ever when it came out just nine years ago, has already been remastered twice. Arkanoid, however, is a true retro classic. If you’re thinking ‘I’ve never heard of Arkanoid’, yes you have. Scroll down and check out the pictures. Told you. While its name has perhaps not endured in the way Tetris, Pac-Man, or even Dig Dug have, Arkanoid is a legend of the arcade era, and Pastagames’ reinvention of it is well worth keeping an eye on.

Arkanoid: Eternal Battle is not an endless version of Arkanoid as you might expect, but essentially a Tetris 99 version of the game. The lack of name-brand recognition compared to Tetris might hurt its chances of making as large an impact, but it’s the same level of high-quality reinvention on display here. Arkanoid is one of my favourite games of the ‘80s, and this revival is exactly where I wanted to see the series progress.

One of the modes I tried out was just your classic Arkanoid mode exactly as it was back in 1986, only with some extra pills and bricks to freshen things up. Thanks to the dev kindly skipping me ahead, I also got to fight the game’s boss, Doh, for the first time. Yeah, Arkanoid had a boss on level 33. Nobody ever reached it. Anyway I lost (D’oh!), but it was cool to do it anyway, and since you have unlimited Continues in the game (though they’ll damage your score), everyone will get a chance to face Doh. 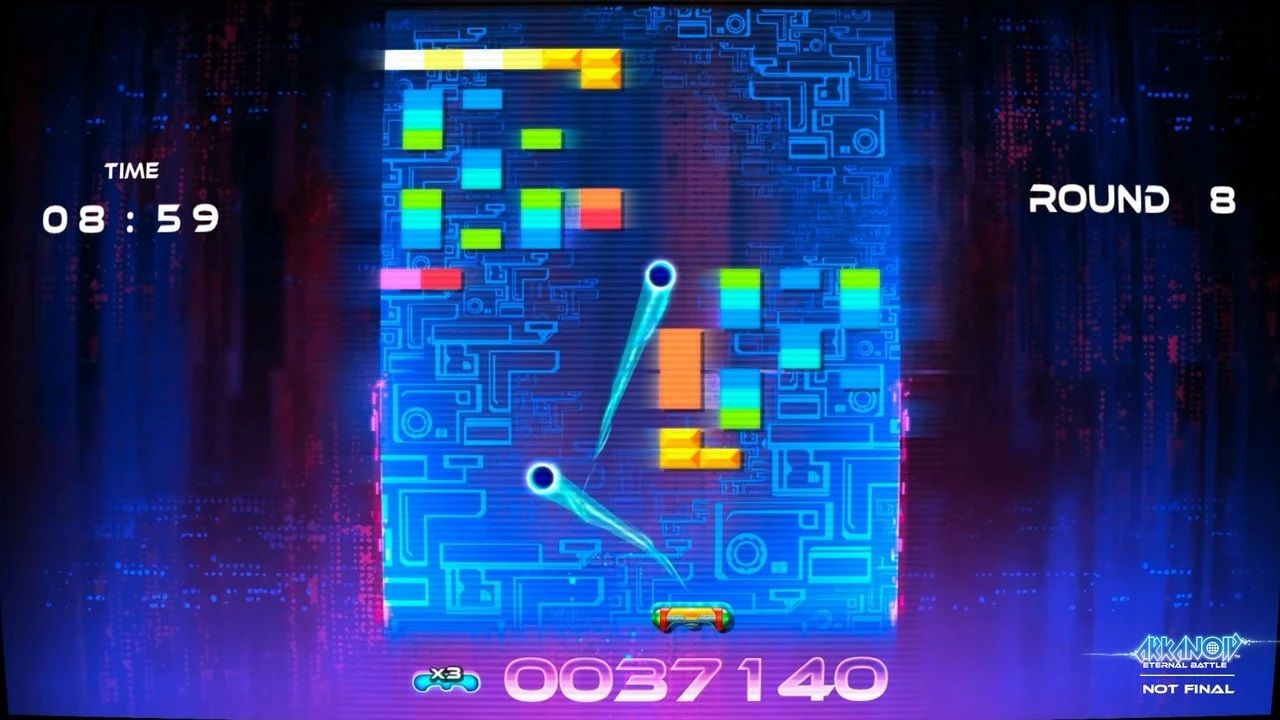 The main draw of Eternal Battle though is, funnily enough, the titular Eternal Battle, which is where the Tetris 99 comparison comes into it. Against 24 other players, you’ll be playing a regular game of Arkanoid, with your placing determined by your score. To keep things fresh, the screen does not change when all bricks are cleared, but on a timer, meaning new challenges are always present. However, if you don’t clear a screen in time, that will cost you points. As the game goes on, the player in last place will continuously be eliminated. Collecting power ups will allow you to hinder either the opponent immediately in front of you (making it easier to overtake them) or immediately behind you (which provides some breathing room).

Once down to the final four, a more intense version of the boss battle breaks out, with all four of you taking on Doh at once. It’s still a contest, with last place still sporadically eliminated, but the aim of the game is now conquering Doh. Thanks to all other players being transparent (think racing ghosts), it’s less hectic than you might think and helps Eternal Battle stand on its own. 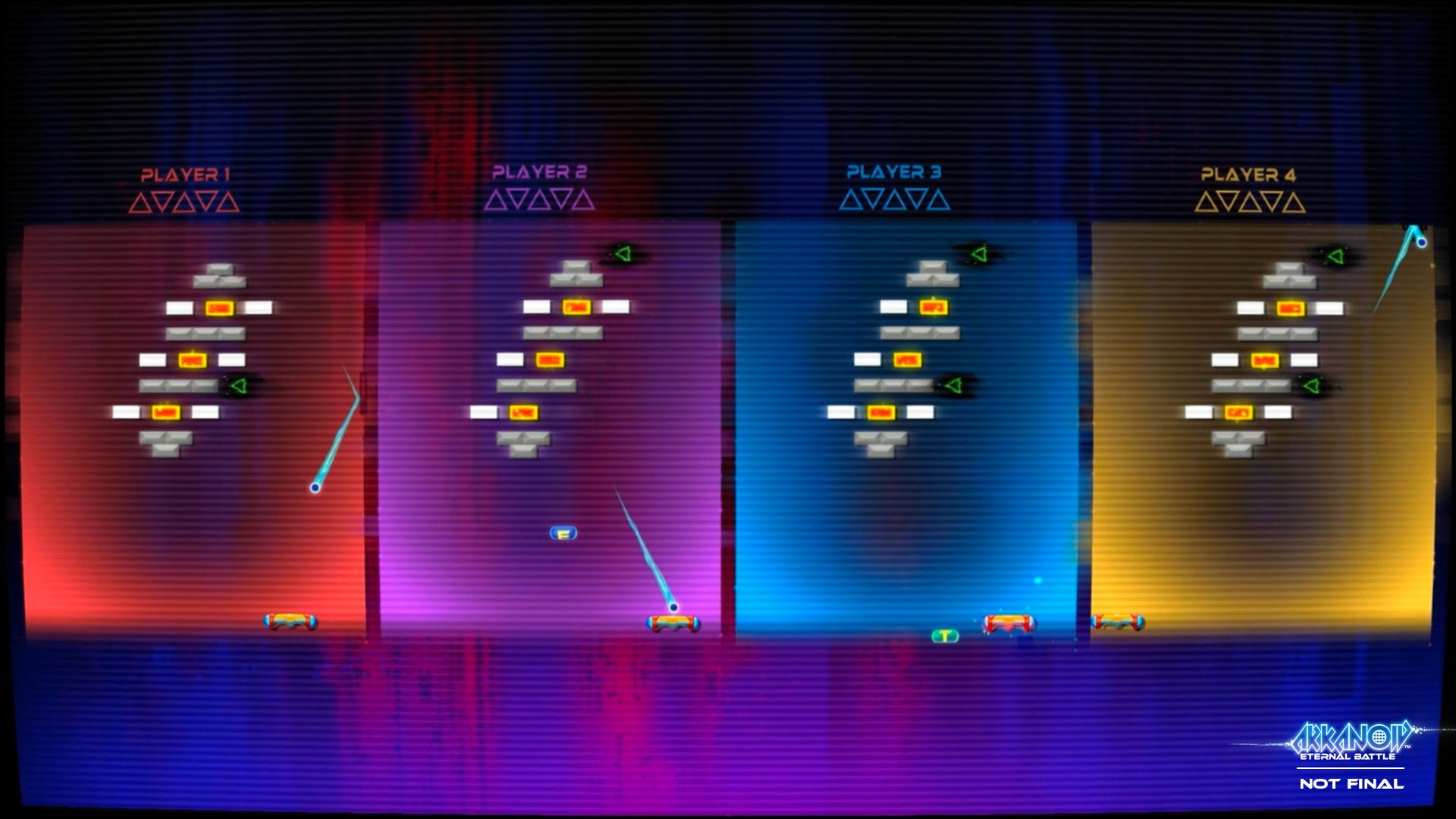 Arkanoid should be a legendary name in video game history, but its legacy seems to have fallen by the wayside. Eternal Battle is a modernisation that still pays homage to the original with due reverence, and I hope it helps Arkanoid get a little bit of the foothold it deserves.