And then Ubisoft decided to get rid of him. In hindsight, not the best move on their part. What's better than a protagonist who gradually learns all the skills of his ancestors, gaining more and more abilities to eventually becoming a time-traveling super assassin? Well, let me introduce you to his replacement in Assassins Creed: Black Flag – a humble office worker. Ubisoft truly did not know what to do with Desmond Miles and with his wasted potential, came countless mysteries. We were left with many questions surrounding Desmond, and only through the expanded universe comics and books would we find out more – but players of the main series would still be left in the dark. 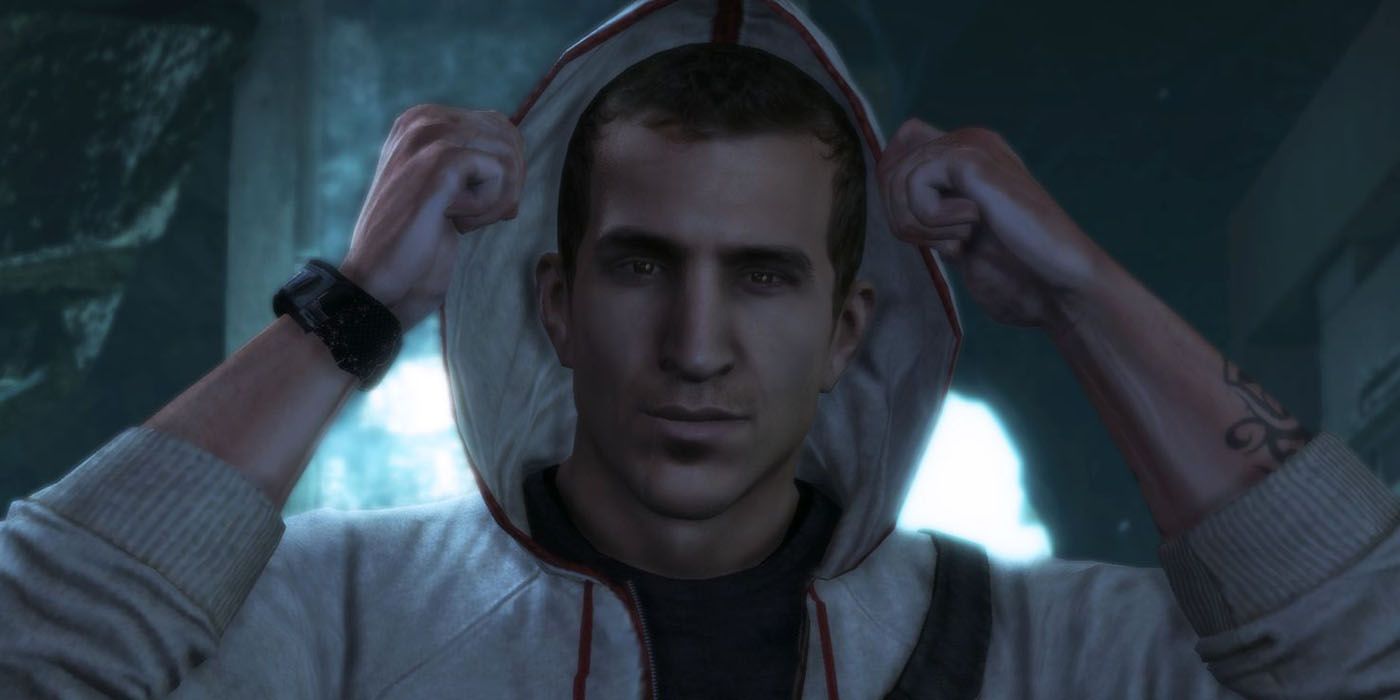 Growing up on a pseudo militaristic compound, called 'the farm', where children were trained to become warriors in an ancient hidden war might sound like a cult at first, but actually…well, that absolutely sounds like a cult. In any case, Desmond could definitely be forgiven for thinking as such, because when a war is fought in secret and by hiding in plain sight, it would be difficult not to think your family were a bunch of conspiracy theorists.

When he was good and ready at the ripe old age of 16, using the few skills he has been taught by his father, such as free-running, Desmond ran away from home, hoping to leave his family and their weird conspiracy theories about templars and assassins behind him.

6
He Worked At A Bar 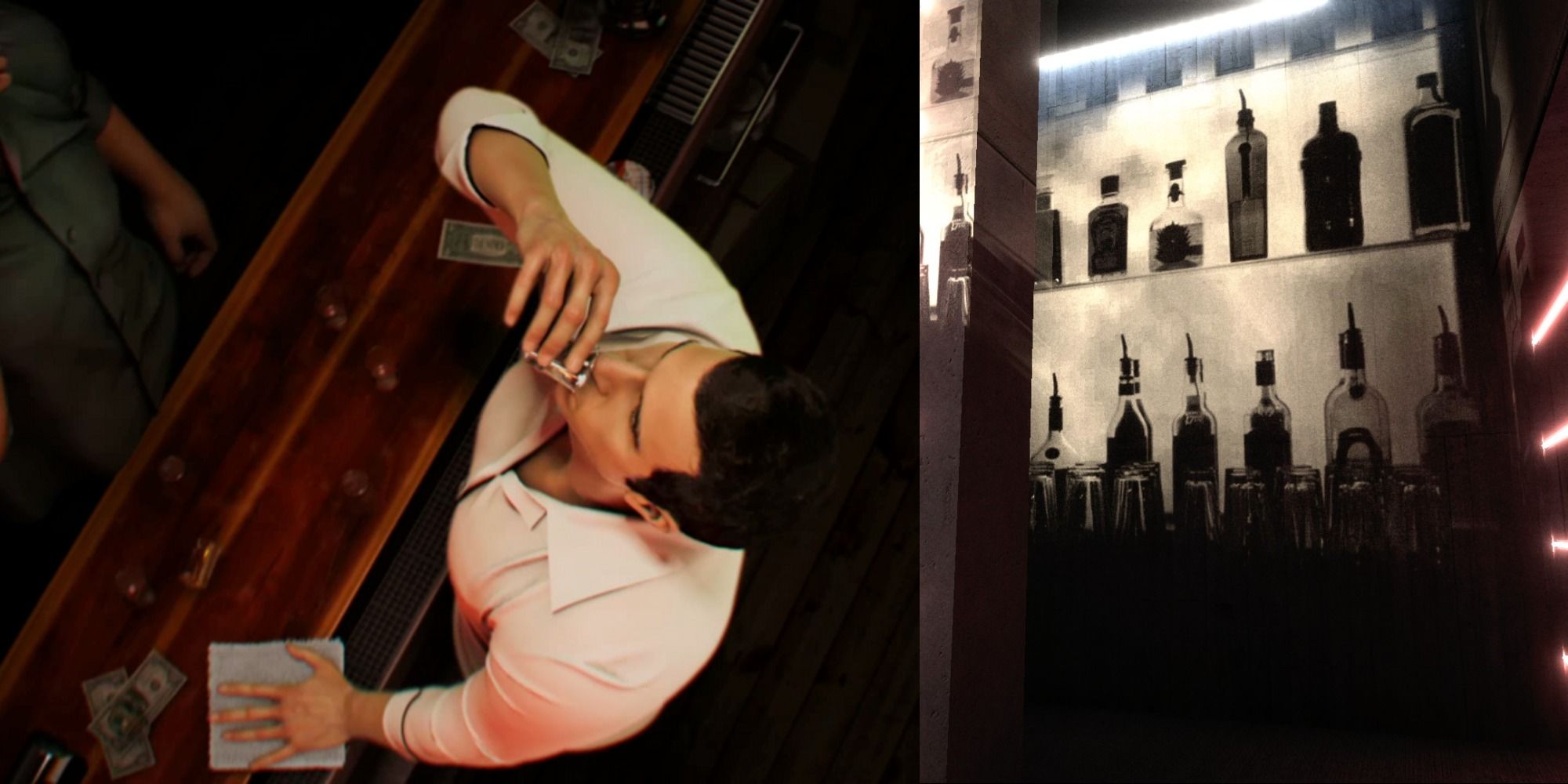 Having been on the run for a few years, Desmond had grown accustomed to living on the edge of society. Using the skills he had been taught in his youth, he was able to stay relatively off-grid, and eventually gained work at a bar called Bad Weather in New York City.

Whilst there, he became famed for his cocktail, the Shirley Templar – much the same as a standard Shirley Temple, but with Gin. So not only did Desmond miss the point of having a non-alcoholic cocktail, but he also seemingly wanted to broadcast his presence to the Templars. Nice one Desmond. 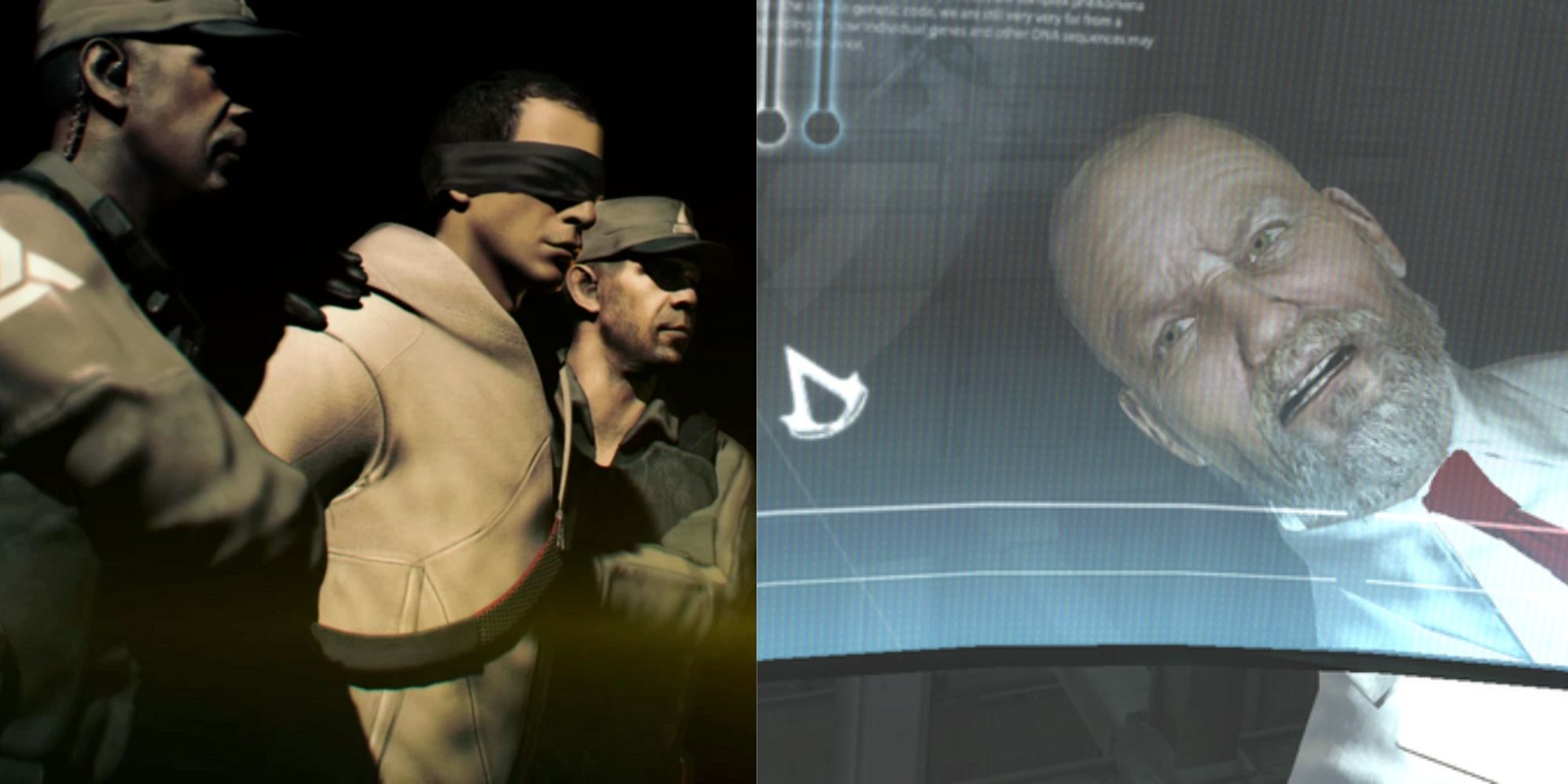 You might think being raised to stay hidden and off-grid, would stop someone from getting found easily, regardless of whether or not you actually believed what you were being taught. Not Desmond though. There is a theme of bad decisions before Desmond first stepped foot in the animus, and they all culminated in him being kidnapped by Abstergo.

The main decision that led to them capturing him was when he decided, in his infinite wisdom, that he needed a motorbike. To get his license, he unwittingly gave over his fingerprints, setting off a chain of events that led to the first Assassins Creed game.

4
He Had A Very High Concentration Of Isu DNA 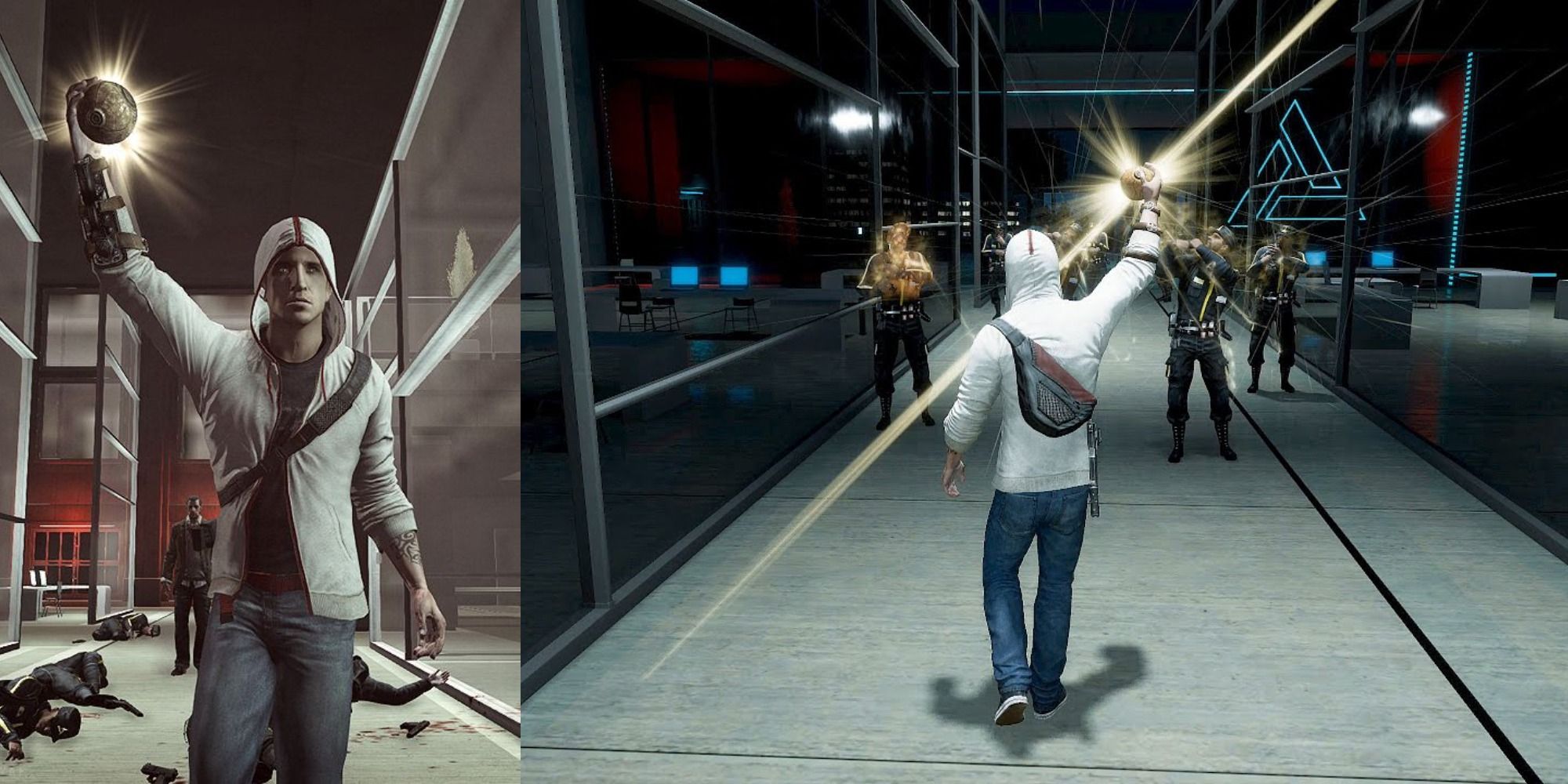 As the descendent of numerous assassins (some of whom were the best assassins in Assassin Creed) and templars through his paternal and maternal lines, Desmond had an extremely high concentration of Isu genes, the precursor race to humanity, in his DNA. So much so, that only sages, human reincarnations of the Isu, had more than him. With this unique DNA, Desmond was able to wield Isu artifacts like the apple of Eden, which had been created to control the human population at the time.

RELATED: What Year Is Every Assassin’s Creed Game Set In

However, he was not immune to the Isu's influence on humanity, and through the use of the apple of Eden, was forced, by Juno, to kill a fellow assassin, but hidden templar, Lucy Stillman.

3
He Fathered A Son 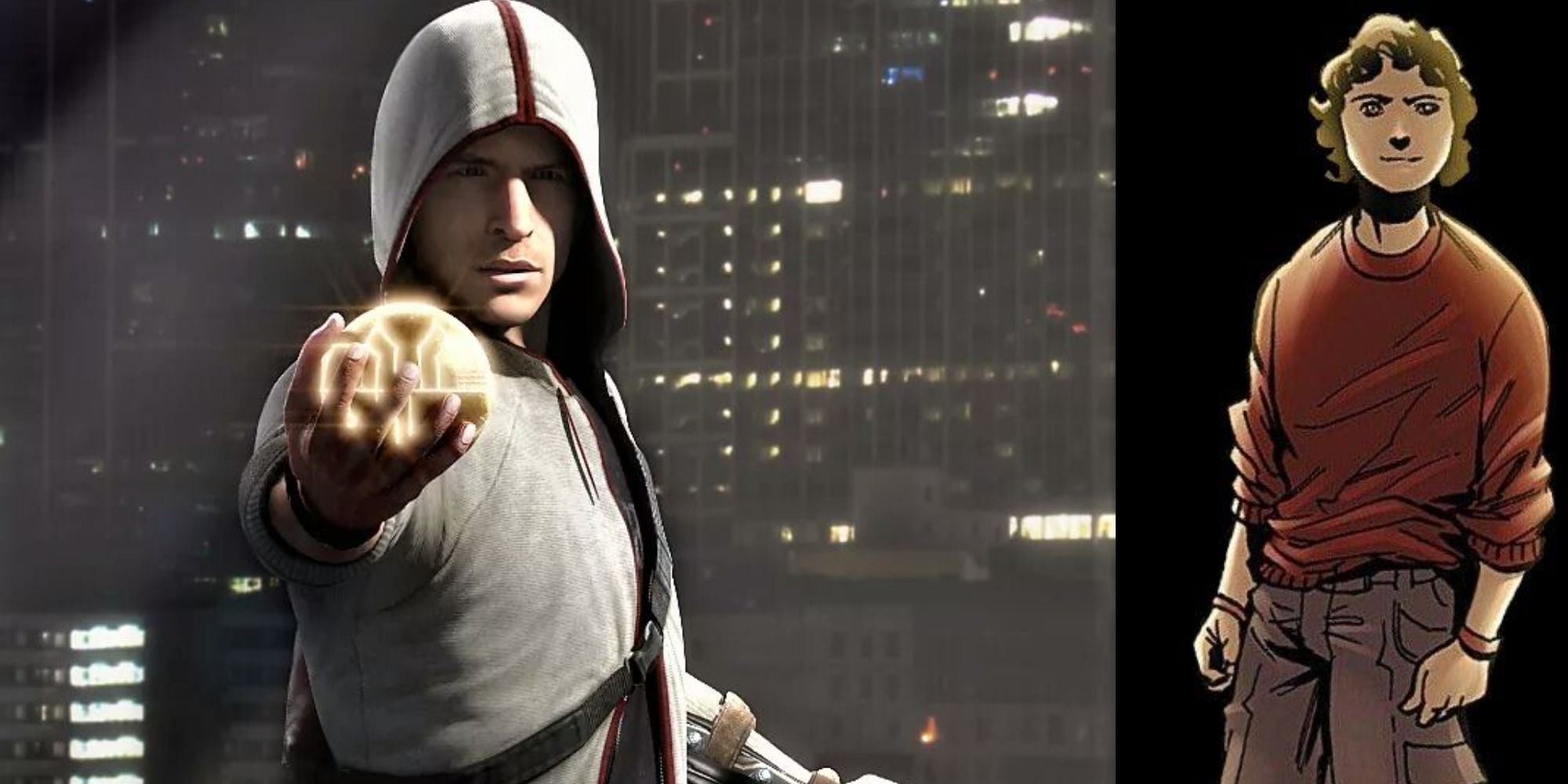 Unbeknownst to Desmond, as most things are, a chance encounter whilst working as a bartender in New York led to him fathering a son. The boy was named Elijah and, as it turns out, was a sage reincarnation of Aita, the Isu husband of Juno – talk about a messy family tree. The Instruments of the First Will eliminated Elijah's mother, and kidnapped him, presenting him before Juno, who revealed to him who he truly was. Eventually, Elijah himself revealed he had been working against the Instruments, and helped the assassin Charlotte de la Cruz to kill Juno. After escaping the facility he had been held in, Elijah's fate is up in the air.

2
He Had A Drone Named After Him 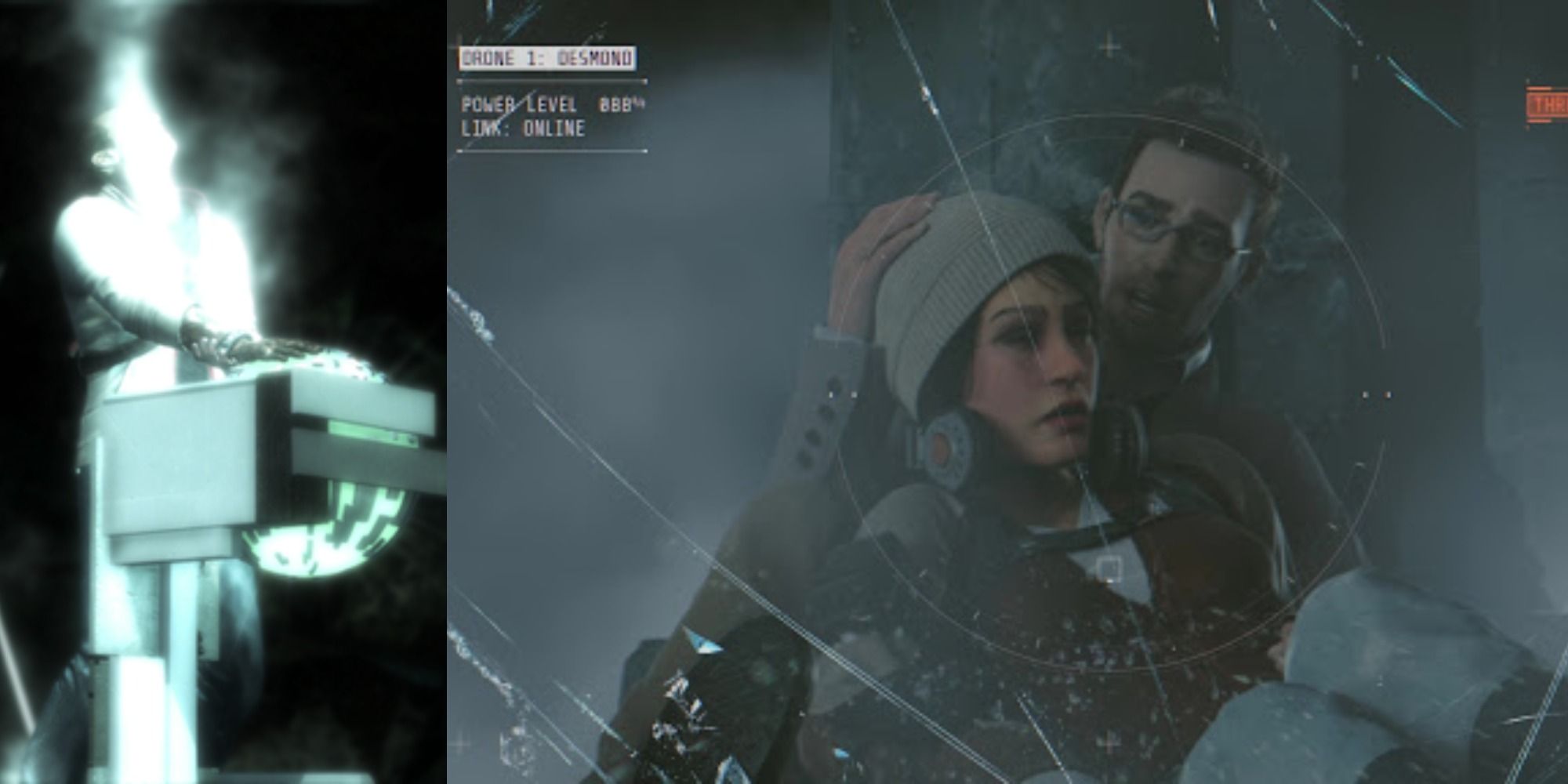 You would be forgiven for thinking that the developers had given up completely on Desmond's story. In fact, before the introduction of Layla as the new modern-day protagonist, it seemed as if the modern-day story had been side-lined completely. Assassins Creed Syndicate gave us, seemingly, the last reference we would get to Desmond in the main Assassins Creed Game.

We were shown footage, taken from a series of drones, of the assassins as they hunted the shroud of Eden. One of those Drones had been named Desmond. An unceremonious ending to the man who sacrificed his life to save the world, and who started it all. And to add insult to injury, the drone got destroyed. 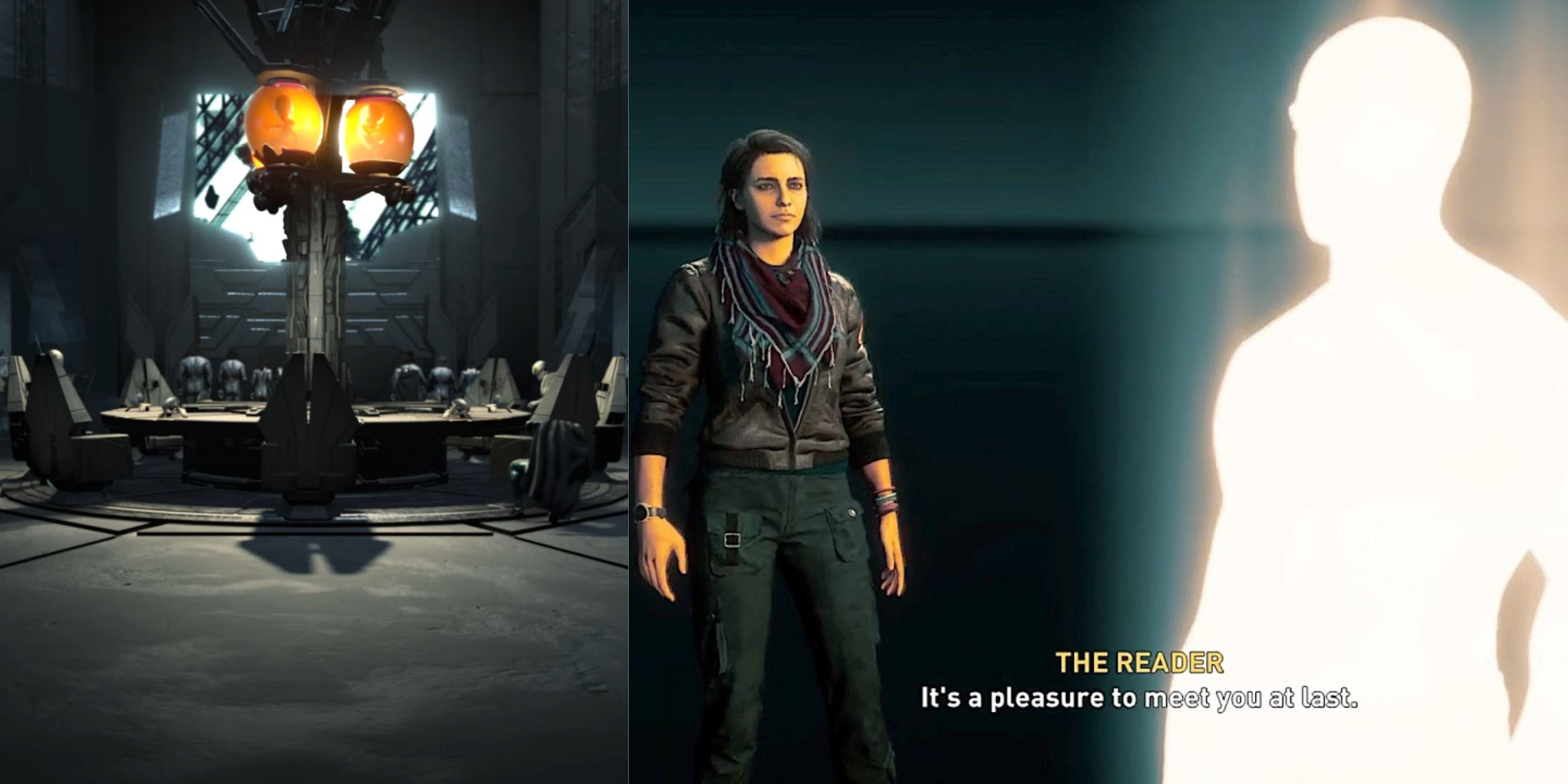 When Demond sacrificed his life to save the world at the end of Assassins Creed 3, we thought that we would never see him again. That was until Layla, the new modern-day protagonist, discovered the Yggdrasil supercomputer beneath Norway. As her mind was transported inside the supercomputer, to a realm known as the Grey, she came face to face with an entity going by the name 'The Reader'.

This being of light, suspiciously voiced by Nolan North, had been inside the Grey for eight years – the same amount of time that had passed since Desmond's death. The entity had taken on the task of trying to find a solution to the end of the world, which had only been delayed by Desmond before his death. With the reintroduction of Desmond into the main Assassins Creed Games, the modern-day story appears to be picking up again – let's hope Ubisoft can make good use of it this time.

Bayek, the Medjay, is the protagonist of Assassin’s Creed Origins. But, in real life, the Medjay would have been long gone by the game’s time period.

Tom Wilkins is a writer and editor based in Oxfordshire, England, currently writing list articles for TheGamer. With a love of games, comics, and books, he is an admirer of writing in any form. Having graduated from Falmouth University with an English and Creative Writing degree, Tom has aspirations to eventually write for comics. When not in front of the Xbox, he can be found in the kitchen, trying out endless new recipes.