One of the main quests you will receive in Assassin’s Creed Valhalla is called This Son of Jorvik, and it will provide you with a choice coined as Halfdan Knows. It involves approaching a king to ask for his aid in defeating the Picts, even if it goes against the wishes of Halfdan. It is full of horse races and forgeries that will keep you on your toes every step of the way.

Some players struggle to complete this quest, as it is filled with some confusing choices. The good news is that they are easier than they appear and you will receive the king’s aid in no time in Assassin’s Creed Valhalla. 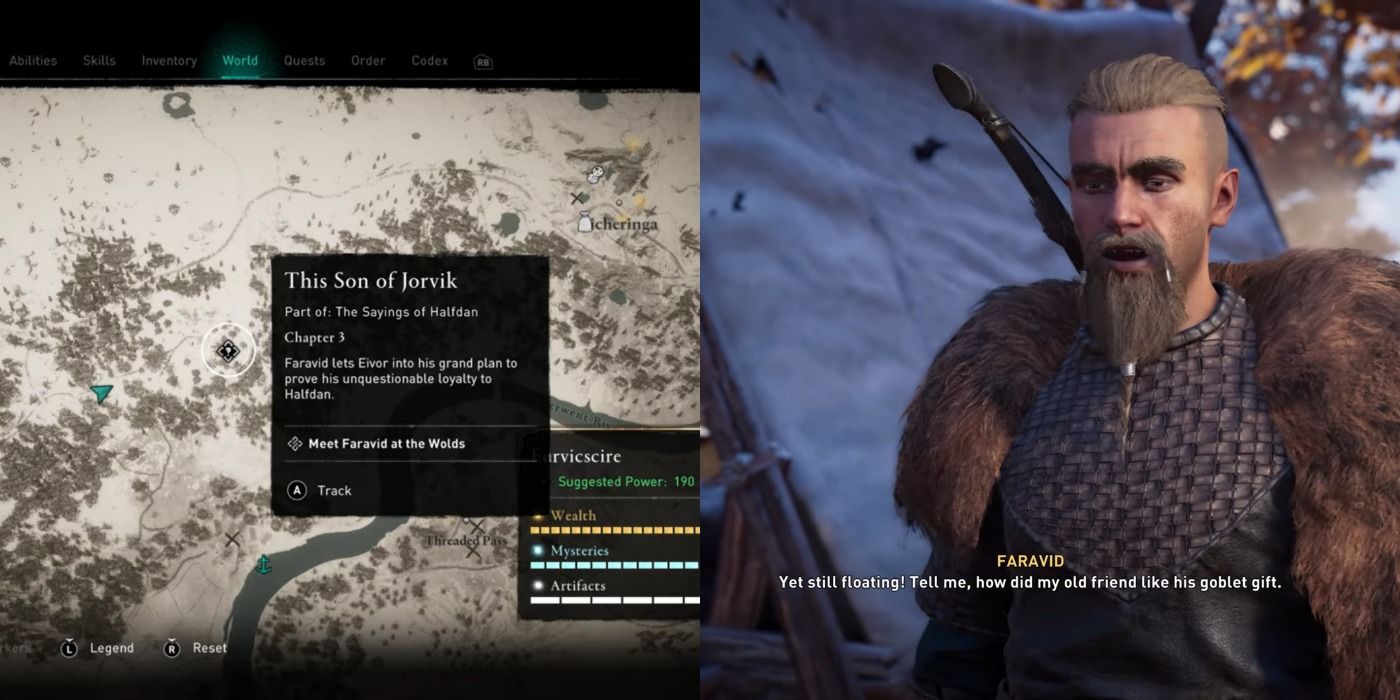 The quest begins when you meet Faravid at a location called The Wolds in Eurvicscire, which is also the same region where you can find a legendary animal called the Blood Swine. It can be found to the east of Jorvik, although this quest is also marked on your map.

You will converse with him about current events and the camp through a series of conversation options that just fill you in on current events.

Accept Faravid’s Challenge And Race Him To Jorvik 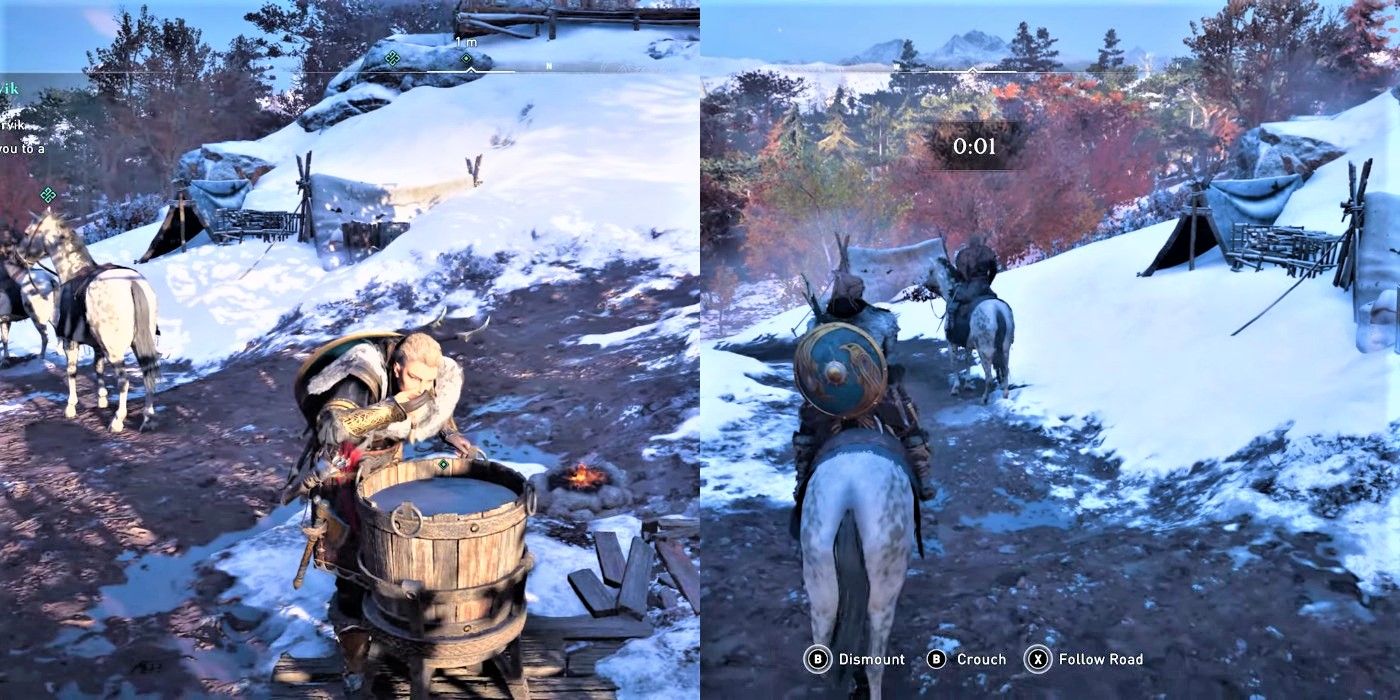 Faravid will then challenge you to a race to Jorvik, despite being heavily intoxicated. You will point this out, and he will tell you to make it even. There is a barrel you can drink from if you want Eivor to become slightly intoxicated, but this is not required.

Whether you choose to snag a drink or not, the next step is to hop onto your horse to start the race. A short countdown will ensue and then it is up to the best Viking to win. 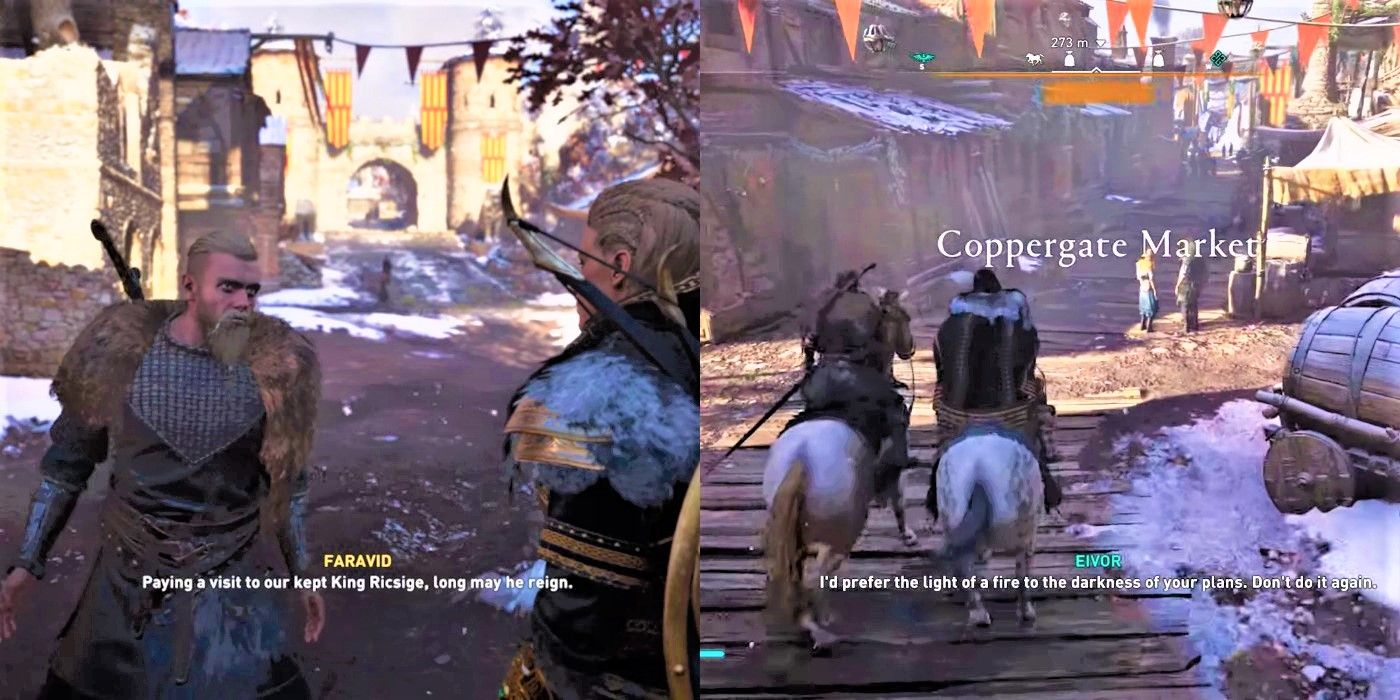 Once you beat Faravid to Jorvik, he will explain that you are there to meet with King Ricsige. He says he needs more Vikings than what he has, and this king can provide the men he needs to fill his ranks.

Faravid will hop back on his horse and you will need to follow him through the streets to the Royal Hall. However, make sure your hood is up as you will pass through a Distrust Area.

Make A Choice In Regard To Halfdan 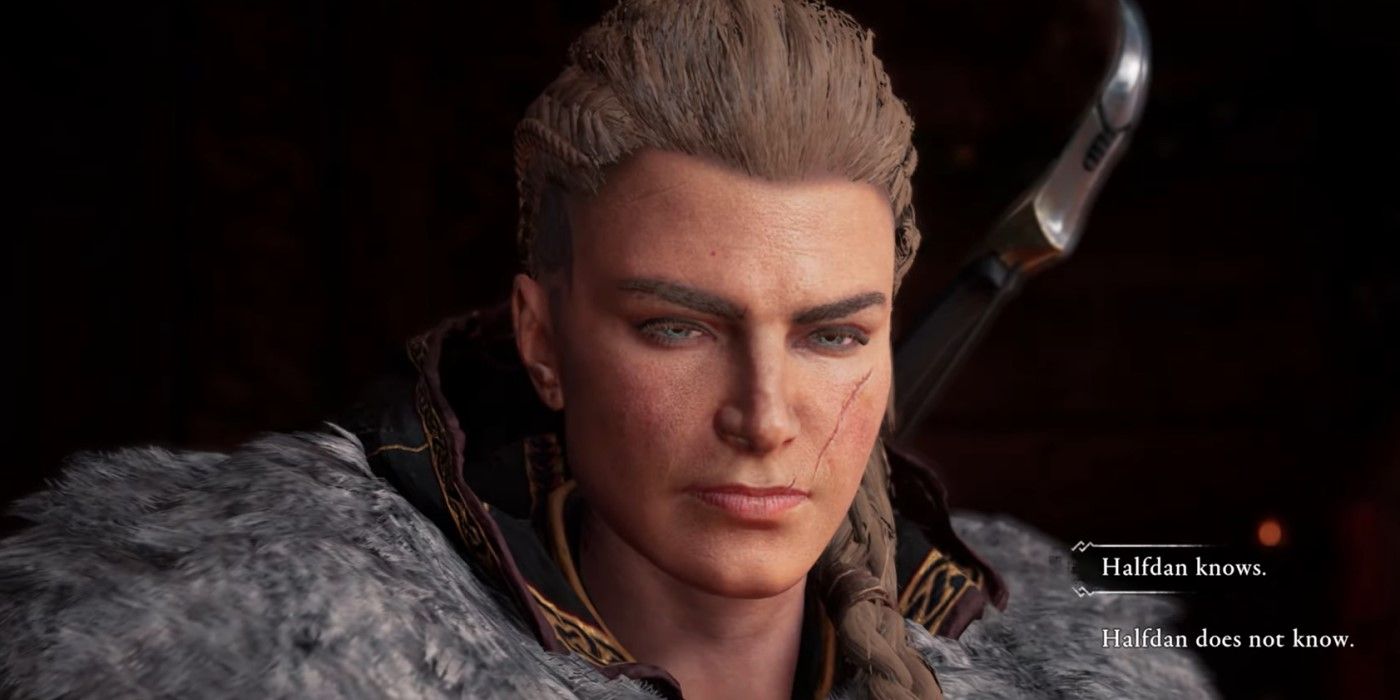 After you arrive at King Ricsige’s Royal Hall, Faravid will fill you in that Halfdan has not been informed of this plan. He asks you to lie, even though it could put your potential ally at risk.

When you approach King Ricsige with plans to attack the Picts to the north, he will become suspicious and question whether or not Halfdan is aware. You are given two dialogue options, however, they are not some of the most important choices, but they are as follows: 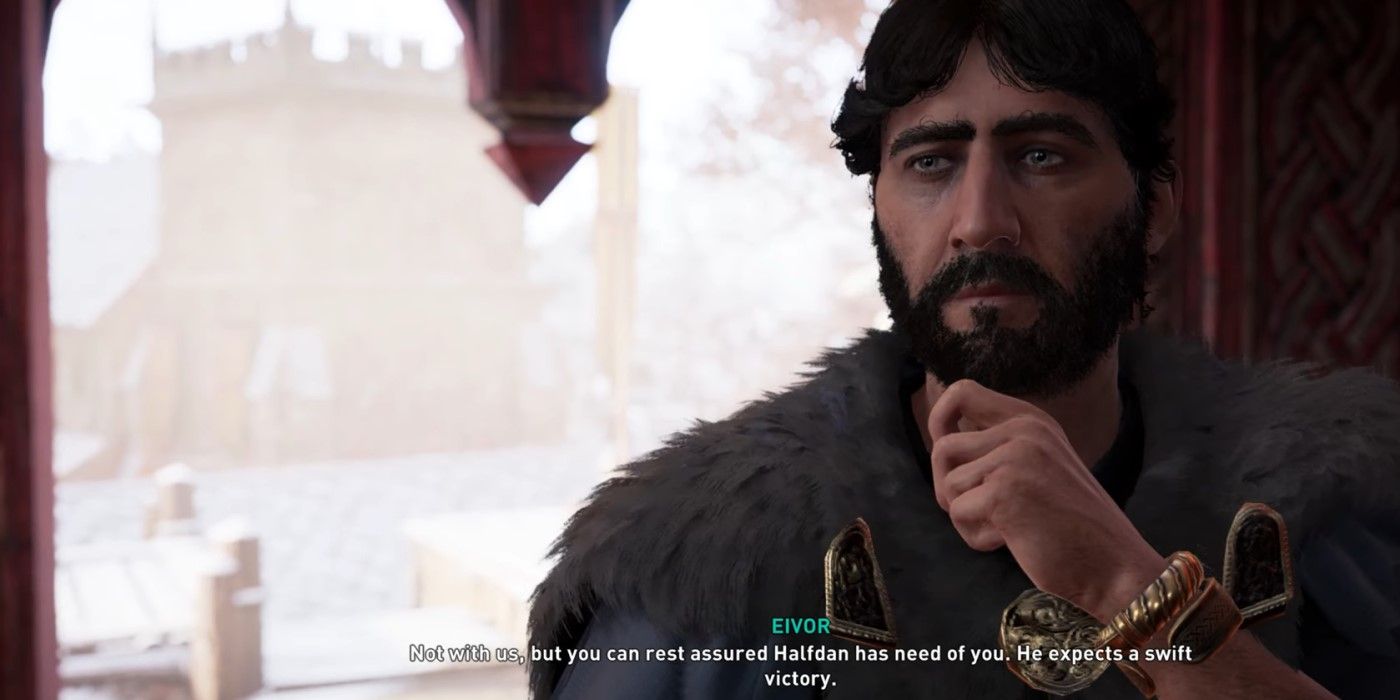 If you decide to tell the king that Halfdan is aware of this plan, the king will refuse to provide aid as he wants it in writing. You will be forced to forge a document in order to obtain his aid.

Halfdan Does Not Know 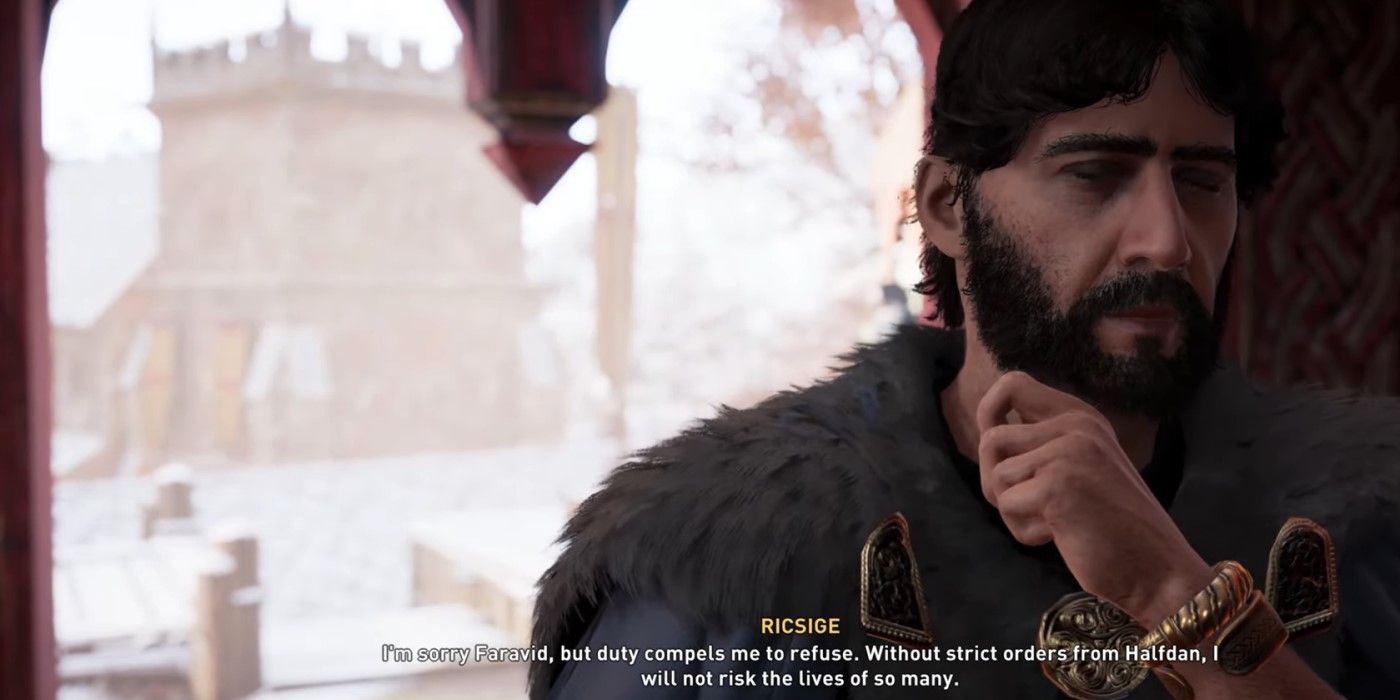 If lying doesn’t sit well with you then you can tell King Ricsige the truth, but he will refuse to help you. Faravid will deny that Haldan doesn’t know and this still doesn’t change his mind. You will once again be forced to forge a document in order to gain his allegiance.

Speak With Hjorr Of Jorvik 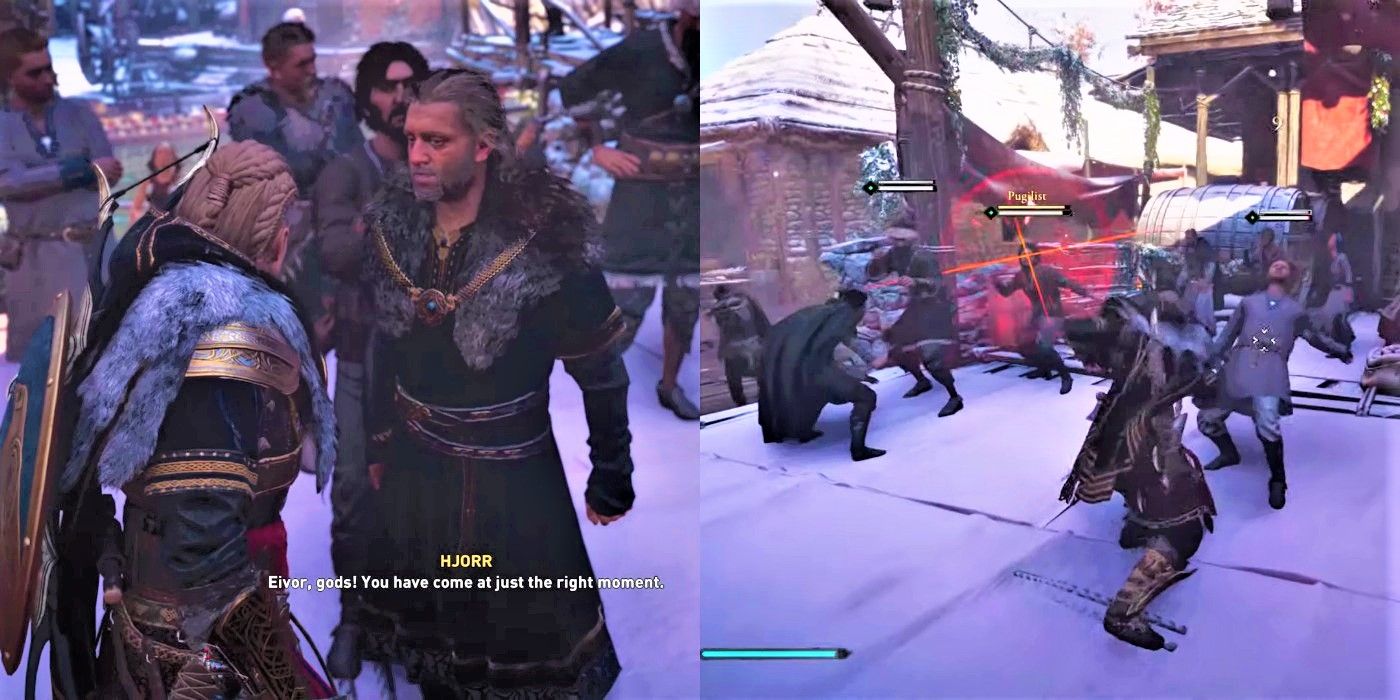 The previous choice regarding Halfdan didn’t matter as you would have to forge papers no matter what, which is where Hjorr of Jorvik comes into play. When you talk with Faravid you will mention a man named Hjorr of Jorvik who might be able to help you in your endeavor.

Faravid will direct you to find him at a nearby alehouse, where you will come across him in an altercation with some Anglo-Saxons. You will have to help Hjorr defeat three of them by using your fists so you can put your best daggers away.

It is best to save the Pugilist for last, as it will be easier for you to take on the lesser foes and then defeat this stronger opponent with your ally.

Join Ljufvina For A Drink 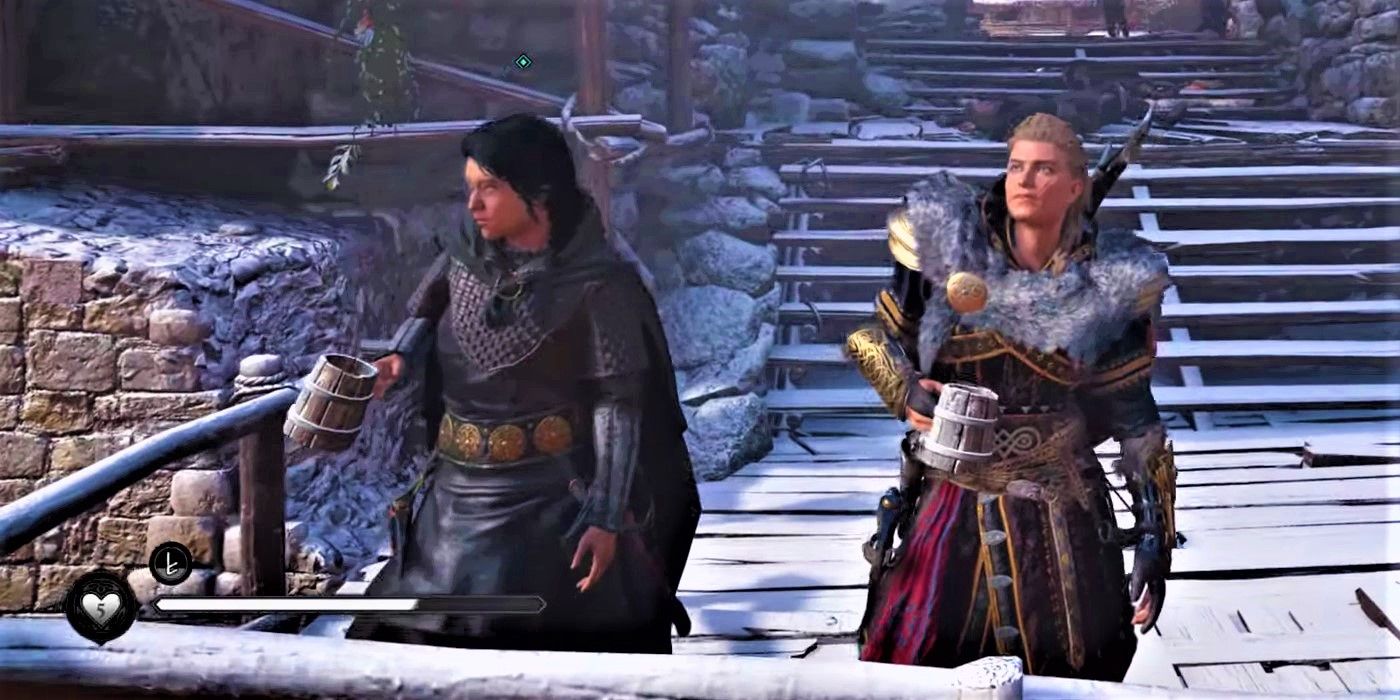 You will fill in Hjorr of the circumstances after the fight, and you will ask him to meet you outside of the Royal Hall with the forged papers. However, before you can head there Ljufvina will ask you to share a drink.

Walk down the stairs to the railing and interact with it to put a drink in your hand. This will trigger a cutscene with this woman where she will reminisce about Norway before you can head on your way.

Meet Hjorr At The Royal Hall 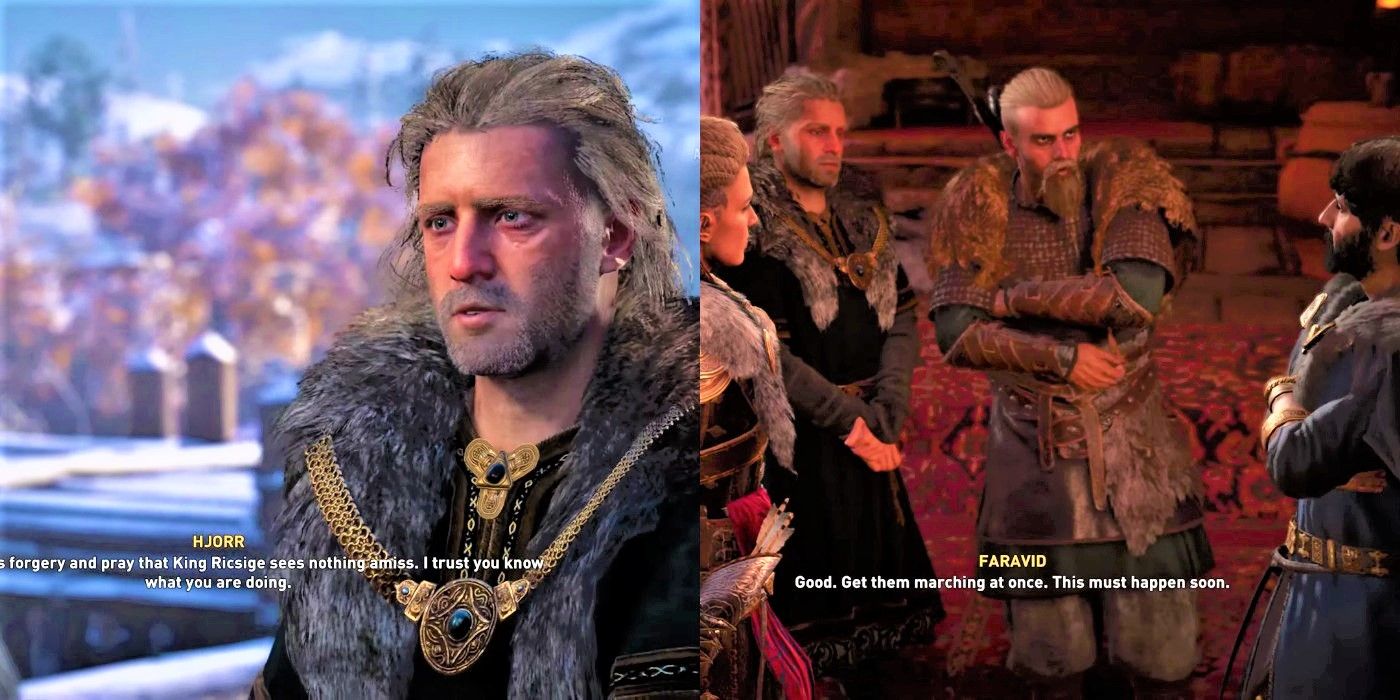 Hjorr will be waiting for you outside of the Royal Hall with the papers, and after you start a conversation with him you will accept them. This will then jump to a cutscene where you approach King Ricsige with Faravid and Hjorr by your side.

The king will accept the papers as truth and pledge to give his men for the cause. Faravid and Hjorr will go on their way, but then King Ricsige will ask to speak to you privately.

He will question why you have decided to enter the battle as you have no mandatory allegiance to Halfdan. You will be given these options, but no matter what you choose will not change the outcome of the conversation:

After the end of the cutscene, the quest will be completed and you will receive your reward of 3,400 XP. Now you can head off to start the Wrath of the Druids DLC and see what Ireland has to offer.