Birthrights is the sixth main quest in Assassin’s Creed Valhalla and starts immediately after you finish A Cruel Destiny. After defeating Kjotve and being left in a burning church by his son, Eivor will be tasked with searching for Gorm ahead of King Harald’s feast.

For the most part, Birthrights is a short and straightforward quest. However, things can get a little bit tricky towards the end, which is why we’ve taken the liberty of putting together this Birthrights quest guide as part of our complete Assassin’s Creed Valhalla walkthrough. Here’s everything you need to know in order to complete this quest as efficiently as possible.

Birthrights picks up directly where A Cruel Destiny left off. Your first objective is to head to King Harald’s celebratory feast, the location of which is highlighted on your minimap by a quest marker. There are plenty of horses in the stables right next to where you spawn after the cutscene from A Cruel Destiny ends, so mount up and head towards Alrekstad.

I would recommend either manually staying on the path or choosing the options to “Follow path,” and “Go to quest objective,” as traveling over rough terrain will waste stamina, slowing you down by a significant degree. Also if you take the path to the left at the crossroads, you’ll end up having to scale an entire mountain like I did. The view is pretty, the amount of time it takes to get to Alrekstad via this route… not so much. Follow the path to the right and stick to the low ground if you want to get there before Christmas. 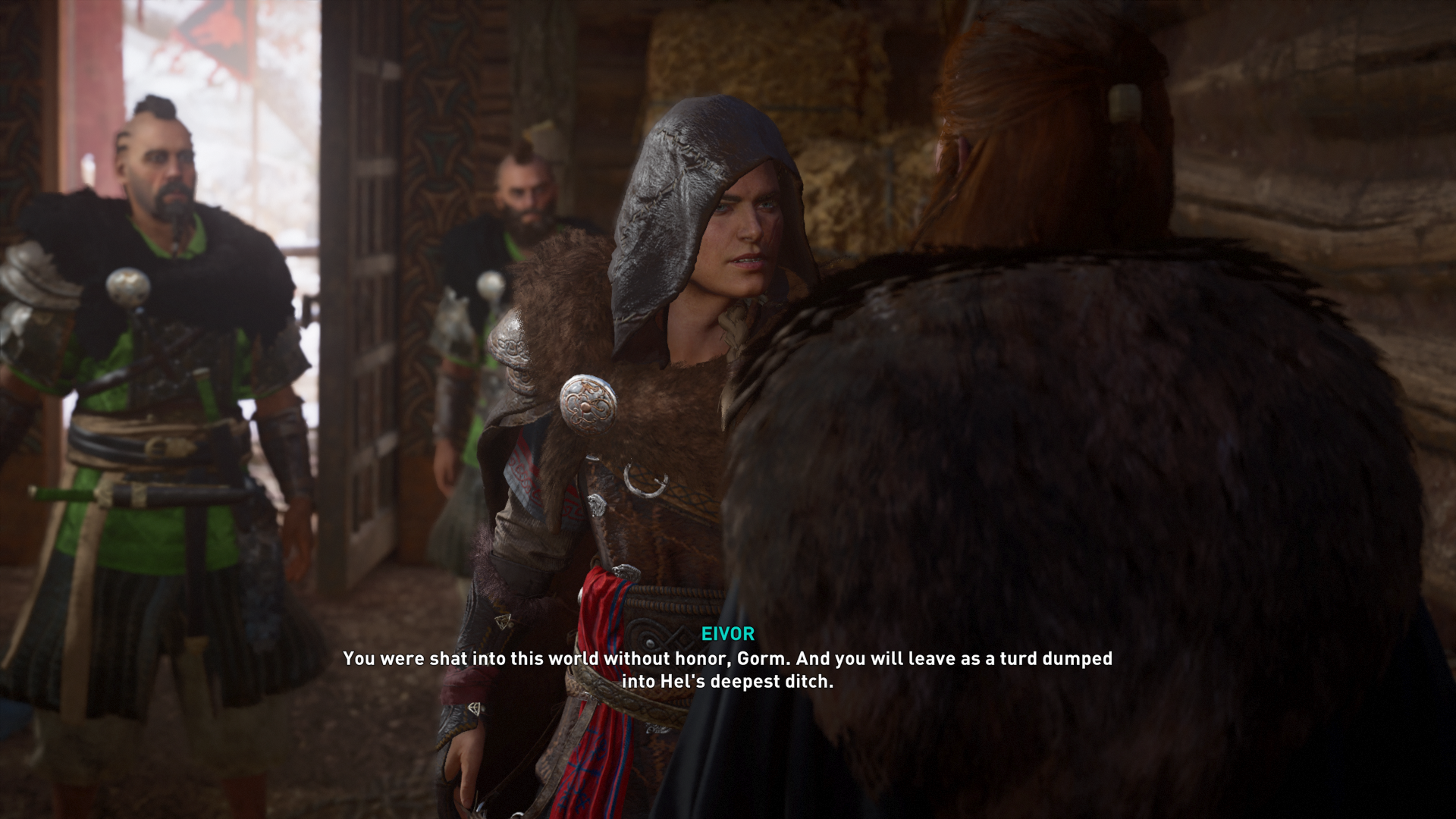 After finally reaching the quest marker, use your Odin’s sight to warg into Synin. Flying towards the village will cause a certain area to glow green. If this doesn’t happen, fly around until a green arrow directs you towards the correct location — once you’re close enough it should be easily visible. Drop a marker if you need to and head towards it. This brings you to the house where Sigurd is. A cutscene will start as soon as you walk in.

The cutscene shows that Gorm is here for the feast, too — yes, the same person who tried to burn you alive after you killed his dad in single combat. However, Alrekstad is under the control of King Harald, who has declared a temporary truce in honor of the feast.

Despite Harald’s wishes, Basim will teach you how to hide in plain sight so that you can approach Gorm’s tent without anybody noticing. Follow Basim towards him with your hood up — obviously you need to stay crouched here and aim to stay out of sight as much as possible. If you’re seen by anyone, you’ll be forced to fight them, which could have serious repercussions later on. If there’s nowhere to hide, make sure you walk instead of run, and remember to keep your hood up to hide your face. When you reach the quest marker, interact with the door to head inside.

As expected, Gorm is here — however, you won’t get to kill him. Instead, a cutscene will play where King Harald’s men rush inside to stop the fight. After it ends, head to the quest marker to find Sigurd at the top of Alrekstad, which finishes Birthrights and starts The Seas of Fate.

Read next: Assassin’s Creed Valhalla Review — An Assassin And A Drengr Walk Into A Longhouse