Snaring Thorstein is the next quest in Assassin’s Creed Valhalla after Blood Bond. Now that Eivor and Barid have been ambushed on their way back from the graveyard south of Dublin, it’s time to seek out the culprit and make them pay for what they’ve done.

Fortunately, Barid has a fair idea of who arranged the attack: a Vikingr named Thorstein. As the name of the quest implies, your job is to track Thorstein down in order to make him answer for his crimes.

Whether you’re struggling to steal the key or just can’t seem to get past Thorstein’s guards, look no further than this comprehensive Assassin’s Creed Valhalla Wrath of the Druids Snaring Thorstein guide, which includes information about Thorstein’s location, how to beat Thorstein, and when to return to Barid in order to mark this quest as complete.

Wrath Of The Druids Walkthrough: How To Complete Snaring Thorstein 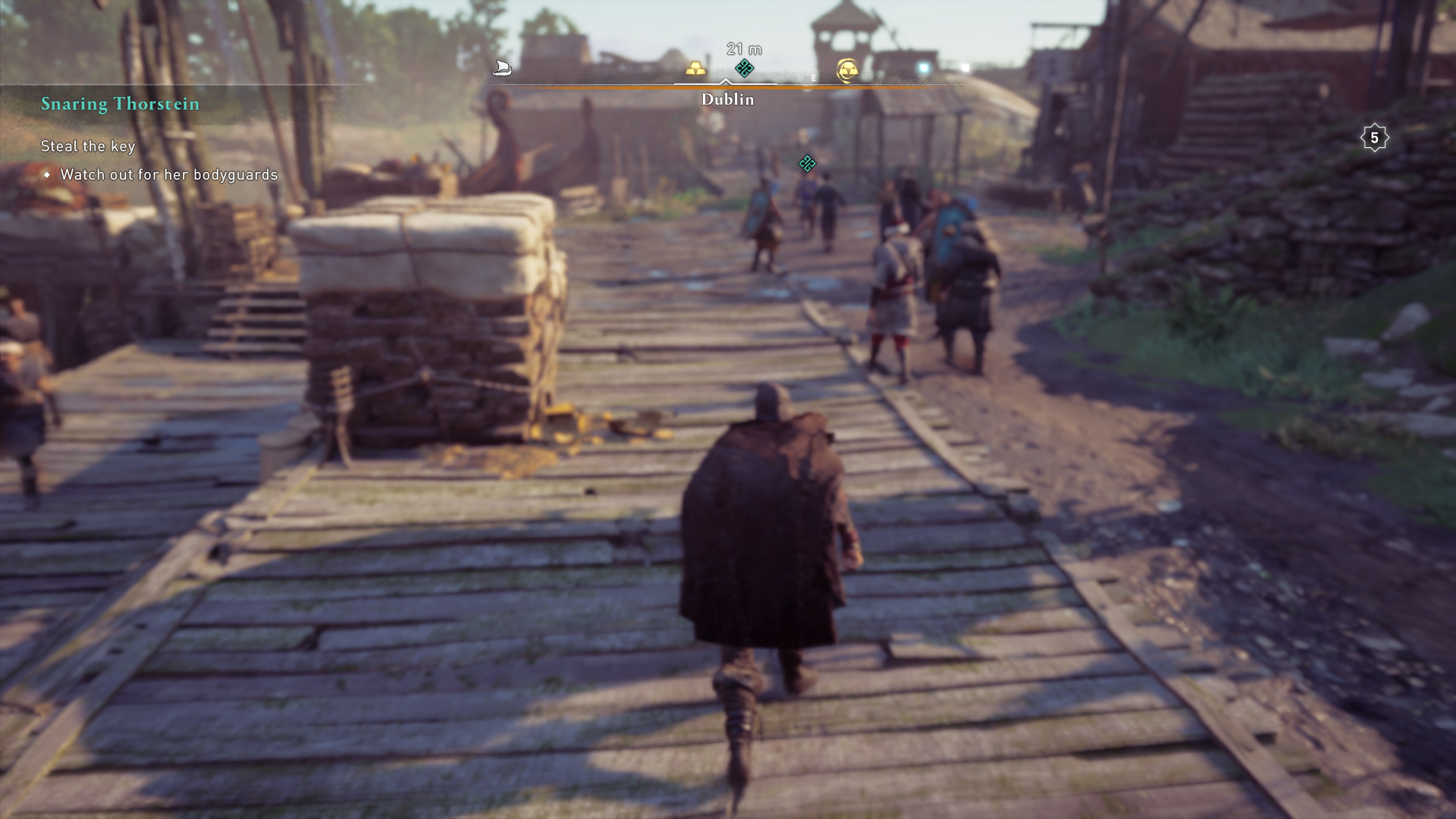 The first point of order in Snaring Thorstein is to meet Sichfrith at the quest marker. Speaking to him will reveal that Ama, a friend of Thorstein, usually hangs around the docks at Dublin.

Go to the docks – the anchor symbol on the map – and you will see a woman drinking ale. Once you get close, Eivor will actually comment on her, which will confirm that you’re in the right place. Challenge her to a drinking contest and beat her. Once you win, she will walk away – hang back for a few seconds until your vision becomes a bit clearer, as you’ll still be fairly intoxicated after the drinking challenge.

If you follow Ama, you’ll see her walk out to the docks to get sick in the river. Simply scale the house beside her to avoid her bodyguards, drop down, crouch, walk up to her, and steal the key. This will avoid all conflict for this part of the quest. Once you have the key, use Synin to find out where Thorstein’s base is (it’s very close) and head there. Using Odin’s sight will let you know where the enemies are. I recommend killing all of the enemies now, as you will need to carry Thorstein through here later and it is much easier to do if everyone is already dead.

Kill the enemies and head into Thorstein’s base, which will be marked with a green circle in Odin’s sight. Head in, kill his three companions, and beat him up. He’s like a regular grunt, so it’s not half as difficult as a boss fight. Tie him up by pressing the interact button, then pick him up and bring him all the way back to Dublin (once you’re out of the base, you can call your mount and put him on that to make it faster.

When you bring him back to Barid, he will spare him – I said to give him a dignified execution but Barid sentenced him to exile instead. This concludes Snaring Thorstein – the next quest is Rathdown Build Up.