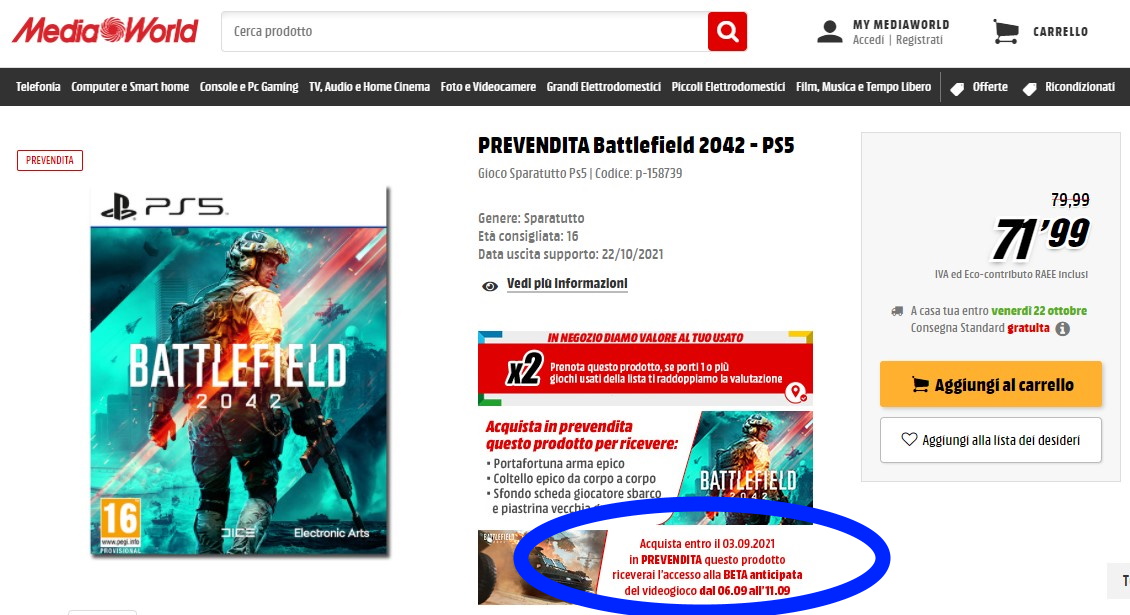 There’s continued confusion as to when the beta for Battlefield 2042 will take place, but an announcement could come as early as tomorrow.

The one, and only, thing we know for certain is that there will be a beta for Battlefield 2042 sometime in September. Exactly when though is a mystery, and one not even EA may know the answer to.

Several sources, including Tom Henderson – who has so far proven the most reliable leaker for Battlefield 2042 – had suggested that early access to the beta would begin this weekend. But it’s getting a bit too late to announce that and while that may have been the original plan EA appears to have delayed things until next weekend.

That theory has been reinforced by a listing on Italian retailer Media World, which specifically states that if you pre-order the game by September 3 you’ll get access to the early beta between September 6 and 11.

It’s not clear whether that means there’ll be an open beta for everyone, pre-order or not, afterwards but the information is still there as of time of writing, with EA appearing to make no move to get Media World to take it down.

Just as the game itself is available early if you buy the more expensive Gold or Ultimate Edition, EA Play members who pre-order the game will also get early access to the open beta.

That implies there are multiple dates involved and it’s that extra complication, combined with the existing problems of the pandemic, that likely explains why things are being left to the last minute.

It will take an official announcement from EA to clear things up properly, but Tom Henderson suggests this could happen as early as Thursday, September 2.

Battlefield 2042 is due out on October 22 for Xbox One, PlayStation 4, Xbox Series X/S, PlayStation 5, and PC. Or October 15 if you buy the Gold or Ultimate Editions.