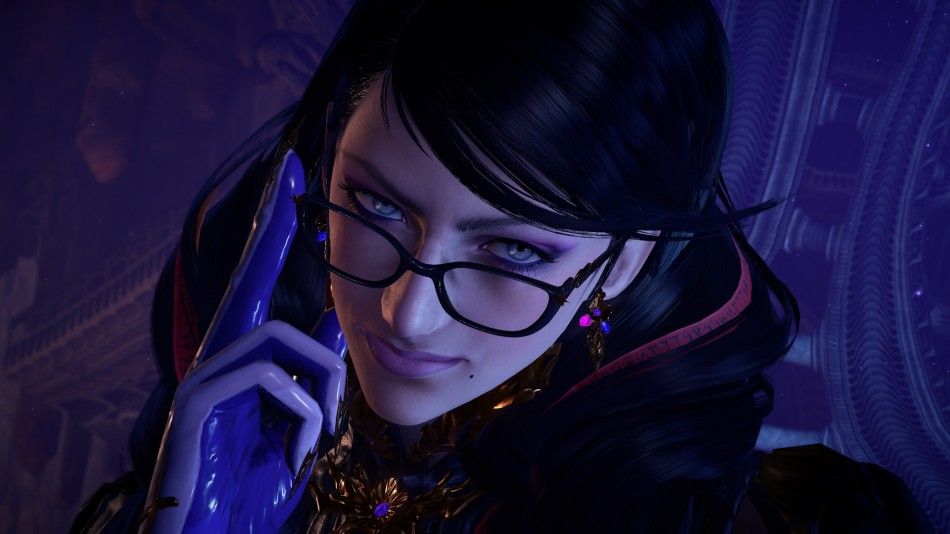 The wickedest witch in the East returns once more, in a game that’s as endlessly entertaining as it is completely crazy.

The last few weeks seem to have exposed us as being overly cynical when it comes to video games. We were convinced the Resident Evil 4 remake would be a disaster and yet what we’ve seen so far has been pitch perfect. It might not be unusual in these post-pandemic days, but the lack of hype for Bayonetta 3 and, more importantly, developer PlatinumGames’ poor run of recent games had us fearing the worst there too. But Bayonetta 3 isn’t the worst of anything, it’s one of the best action games ever made.

Previously, we would’ve said that Platinum were one of the best developers working today and one of our personal favourites, after games like Vanquish, Metal Gear Rising, NieR:Automata, and Bayonetta and Bayonetta 2. Their recent output though has been considerably less illustrious, with duds such as Sol Cresta and the incomprehensibly bad Babylon’s Fall.

They were never entirely reliable as a studio, but ever since they started talking about self-publishing the quality of their work has nosedived. Perhaps that’s just a coincidence, or maybe the studio became a difficult place to work at for a time, but you’d never guess from playing Bayonetta 3, which feels like a developer at the absolute top of their game.

Although the quality has remained remarkably consistent, each Bayonetta game has had a different director, starting with Devil May Cry creator Hideki Kamiya on the first one and this time going with the little known Yusuke Miyata. You’d never really guess though, as while Bayonetta 3 is easier to get to grips with in terms of combat, and there’s a little more emphasis on larger open world areas to explore, this is broadly the same style of game as the previous two.

Storytelling is not one of Platinum’s fortes (that element was handled by Square Enix and Yoko Taro in NieR:Automata) but apart from some self-indulgently long cut scenes near the beginning and end Bayonetta 3 is thankfully short on plot. All you need to know is that Bayonetta is an extremely powerful witch, and martial artist, and there’s someone trying to destroy/rewrite the multiverse that leads to her fighting lots of monsters and meeting with various alternative universe Bayonettas.

The small sub-genre to which Bayonetta and Devil May Cry belong has never had a universally accepted name (character action game is almost as meaningless a term as immersive sim) but it’s essentially a beat ‘em-up, with complex fighting game style combat married to free movement and exploration. The dizzyingly long lists of moves can be off-putting – which is why this entry generally hides them away – but you can get by perfectly well with just random punches and kicks, plus a ranged attack and the special abilities of whatever weapon you’re using.

Keeping the combos as simple as just endlessly jabbing the punch button is perfectly fine, as the majority of the game’s depth comes from how you manage crowds of monsters, make use of your summoned demons, and use enemy attacks to trigger Witch Time – dodge just as someone’s about to attack and you’ll slow down time for a few seconds, which is vital for most encounters.

Bayonetta’s always been able to summon demons for finishers and other special moves but this time she can take direct control of them. Once summoned, they stick around for an extended period of time as long as Bayonetta herself, who becomes rooted to the spot, does not take a hit. This seems to have been inspired by Platinum’s work on their cancelled Scalebound project for Xbox and it works amazingly well at adding new life to the series, as you essentially control gigantic demons by remote control.

The variety of these demons, as with everything else, is staggering, from a Godzilla-like monster to a web-swinging spider and a bat that can split itself in two, they all have their own unique abilities and moves, even while the simple control system makes them surprisingly intuitive to command.

Our immediate temptation is to talk incessantly about all the weird and wonderful demons, weapons, and monsters but we really don’t want to spoil them, as discovering them yourself is such a joy. The weapon diversity is much greater than before too, from guns to razor sharp yo-yos and a music stand that’s not only a spear but can transform you into a frog woman that uses soundwaves as a weapon.

You can buy jewellery that imparts additional abilities, including a late game one that allows monsters to control themselves, but extra moves are all obtained via a variety of skill trees for the characters, the weapons, and the demons. Although it’s worth pointing out that, on standard difficulty, these are all essentially optional extras and apart from increasing your maximum health and magic (primarily from competing special challenge arenas) you don’t need to worry about any of that if you don’t want to.

As admirable as this variety and accessibility is it’s the inventiveness of the set pieces and boss battles that are the game’s pièce de resistance. Again, though, it’d be a crime to spoil the best ones, but one of our favourites is preceded by the introduction of a robot-dancing ancient Chinese Bayonetta riding a demonic train, which, believe it or not, is positively sane and normal compared to what happens when the actual boss fight begins.

Many of the set pieces involve homages to other genres, including space shooters, racing games, on-the-rail shooters, and an especially fantastic rhythm action boss battle. There’s also a whole sub-game for Bayonetta’s pal Jeanne, that plays out like a cross between Elevator Action and a 2D version of Metal Gear Solid, except with an anime intro that parodies Cowboy Bebop.

As well as Bayonetta and her many variants you also occasionally get to control a second character called Viola; the young punk is implied to be a witch, but it’s never really stated who she is until right at the end. She’s not nearly as obnoxious as you might have feared from the trailers and while she plays similarly to Bayonetta the only weapon she can use is a sword and she can’t engage Witch Time by dodging, but instead only by blocking.

Accompanied by a hilariously brash rock soundtrack, Bayonetta 3 channels the soul of 90s arcade games and action movies in what is a life-affirmingly inventive interactive experiment. It’s great to see Platinum back at their lunatic best but the same would go for any game that that can be this free and easy with logic and the laws of physics, sacrificing everything in the pursuit of a more entertaining game.

When it comes to flaws the only real problem is with the open world areas, which are really not much more than hubs but can still take a long time to explore. Although it’s not too uninteresting this is nowhere near as exciting as the fighting and there are relatively few extra enemy encounters along the way, which can lead to some pacing issues, particularly in the middle section of the game.

This may be worse for those familiar with the previous games though, which used to hide vital extras, such as new weapons, in the most peculiar of spots. That’s not generally the case in Bayonetta 3 though, as almost all the rewards are just more health or magic upgrades. So those new to the series will have less fear of missing out, if they get tired of exploration.

From worrying that it would be the final nail in Platinum’s coffin to wondering whether it might not be the best game of the year (we haven’t decided yet), Bayonetta 3 is literally a revelation. It’s huge as well – at least 20 hours long on a first go and with a lengthy endgame and lots to uncover that you will have missed the first time round.

Bayonetta 3 is not just one of the best games of 2022, it’s one of the best action games of all time – just like its forebears. As endlessly surprising as it is entertaining, this is a title to hold up as a shining example of everything that is unique and wonderful about video games, but especially if you’ve become exhausted with so many games dedicated only to realism and seriousness. Bayonetta 3 offers the opposite: pure unadulterated fun, and it is marvellous.

In Short: One of the best action games of recent years and an irresistibly entertaining celebration of everything that is joyous and imaginative about video games.

Pros: Fantastic combat system, that’s as simple or complex as you want it to be. Wonderfully imaginative bosses and set pieces. The new demon system works very well and is highly customisable.

Cons: Some poor pacing at times, depending on how much you decide to explore.