Rakan is the second half of the double-teaming smash duo – Rayah and Rakan. Where Rayah is all about DPS, Rakan is all about supporting. Rakan and Rayah can both operate without the other in League Of Legends: Wild Rift, but they are especially good when together.

As is always the case, victory in Wild Rift is largely a team effort. Going solo and trying to win the game won’t go well, so communicating with your allies and working together will serve you way better than simply mastering mechanics. Plus, as Rakan is a Support, he is very dependent on his team – and vice versa.

Rakan is a Support Champion and is, therefore, designed to team up with your team's Marksman. You will typically find Rakan in the Duo lane. 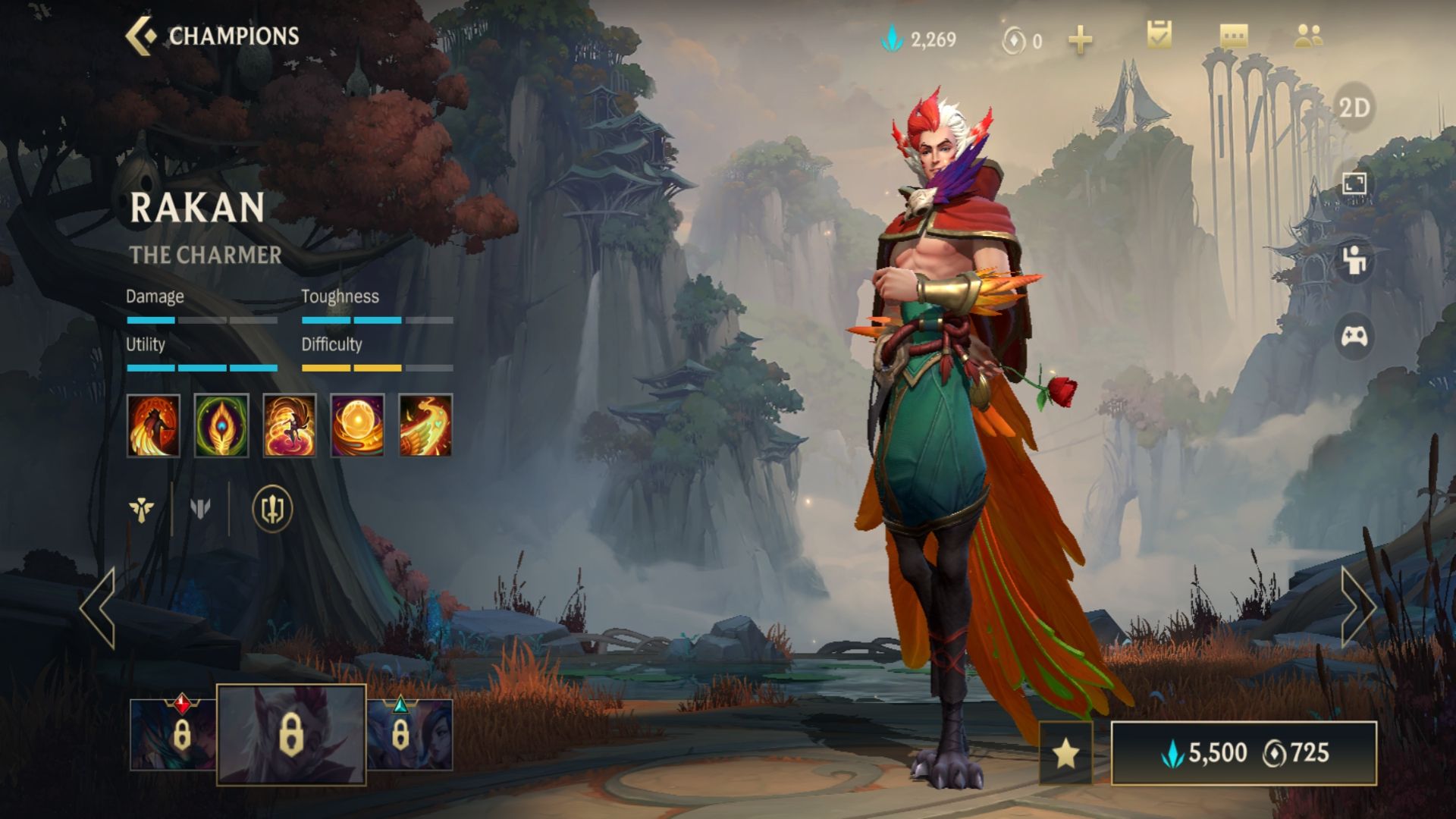 What Attacks To Charge First 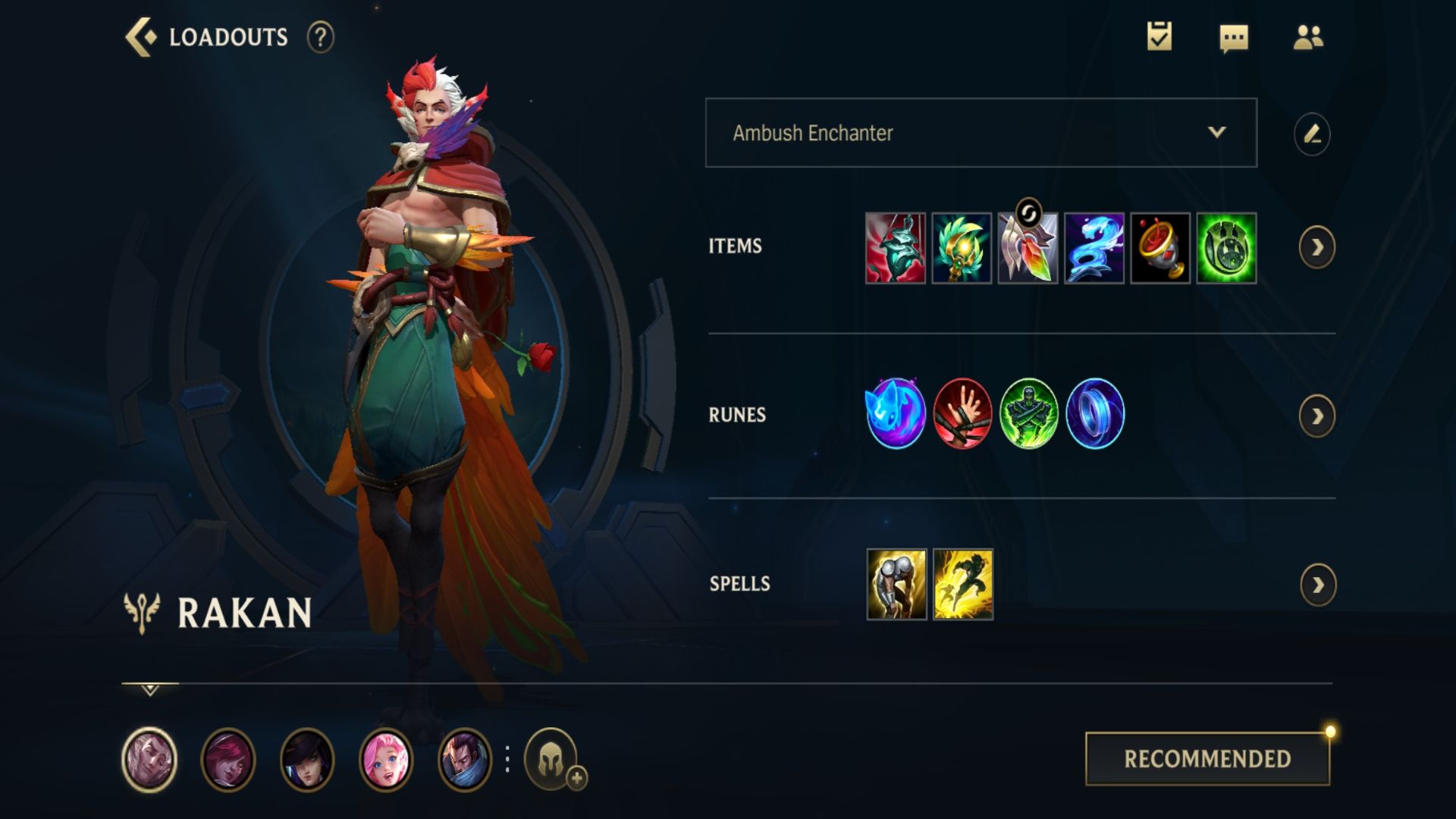 Tank Enchanter is Rakan’s default loadout. It will give Rakan some early game defences, making him hard to shit before moving into some slightly more aggressive picks later on. Rakan is not a damage dealer, so don’t expect much in terms of burst after the first initial bouts of combat.

Exhaust allows you to target an enemy Champion debuffing their Movement Speed and damage. This is excellent at shutting down an enemy Marksman.

Flash is a must-take escape tool that lets you teleport away, or towards, danger. This makes it excellent at avoiding ambushes and hopping over walls.