The post-apocalyptic world of Biomutant is staggering in size, making it a priority to acquire various modes of transport as fast as possible. While you’ll likely stumble upon a few mounts during your playthrough, one of the most useful bits of gear – the Air Glider – is actually locked away behind a side quest.

If you’re looking to soar through the sky and quickly reach your next destination, the Air Glider needs to be on your radar. Here’s how to unlock the parachute-like item in Biomutant.

What Is The Air Glider?

Just like Breath of the Wild and Genshin Impact, Biomutant gives you plenty of opportunities to jump off cliffs and go soaring into the wind. The Air Glider is essentially a parachute – deploy it at the height of your jump, and you’ll slowly glide back down to earth. It’s a surprisingly effective way to cross the many rivers scattered throughout the world and an even better way to traverse long distances.

How To Unlock The Air Glider? 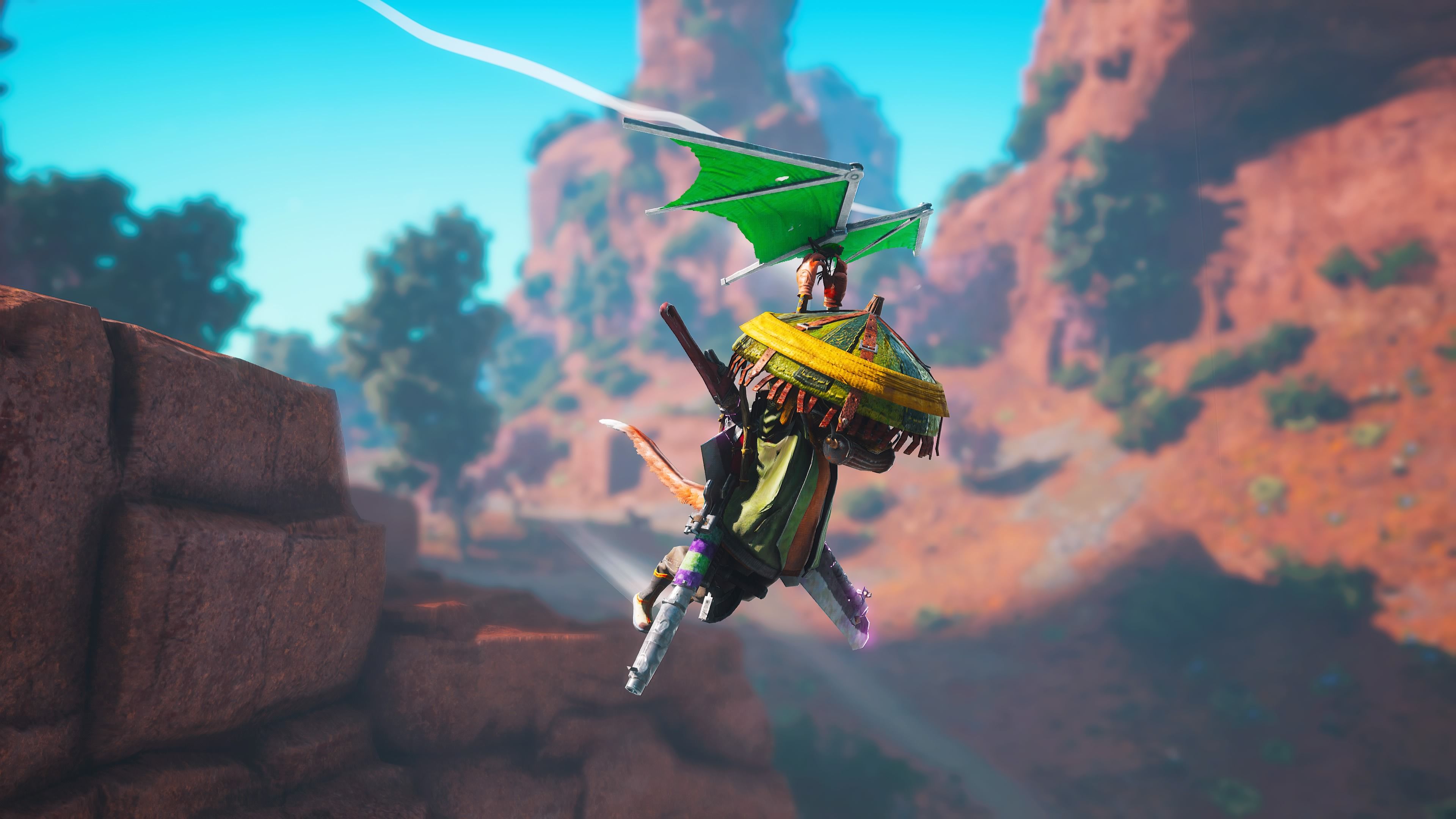 Despite being one of the most engaging ways to explore Biomutant, the Air Glider is locked behind a side quest slightly off the beaten path. If you’re simply hammering through the main story, you’ll never encounter the gravity-defying item.

To unlock the Air Glider, keep your eyes peeled for The Mirage side quest. This quest can be found at various locations throughout Biomutant, and you’ll actually come across it many times as you progress through the Main Quest. Despite this, the game doesn’t require you to complete it before proceeding with the storyline. In fact, it’s possible to beat the entire game without earning the Air Glider.

Once you’ve accepted The Mirage side quest, it’ll take less than five minutes to complete. Simply defeat one opponent in hand-to-hand combat, and you’ll be given a choice of four unlockable items. Choose the Air Glider, and you’ll finally be able to take to the skies.

How To Use The Air Glider

To use the Air Glider, press and hold the Jump button at the end of your double-jump. This will deploy the Air Glider, slowing your descent. Your jump will need to start at an elevation higher than your intended landing location, otherwise the Air Glider won’t deploy properly.

Controlling the Air Glider is similar to your basic movement controls, although moving forward will also make you fall to the ground faster. If you want to linger in the air a bit longer, your best bet is to try and move backward – this will angle the Air Glider and dramatically slow your rate of descent.